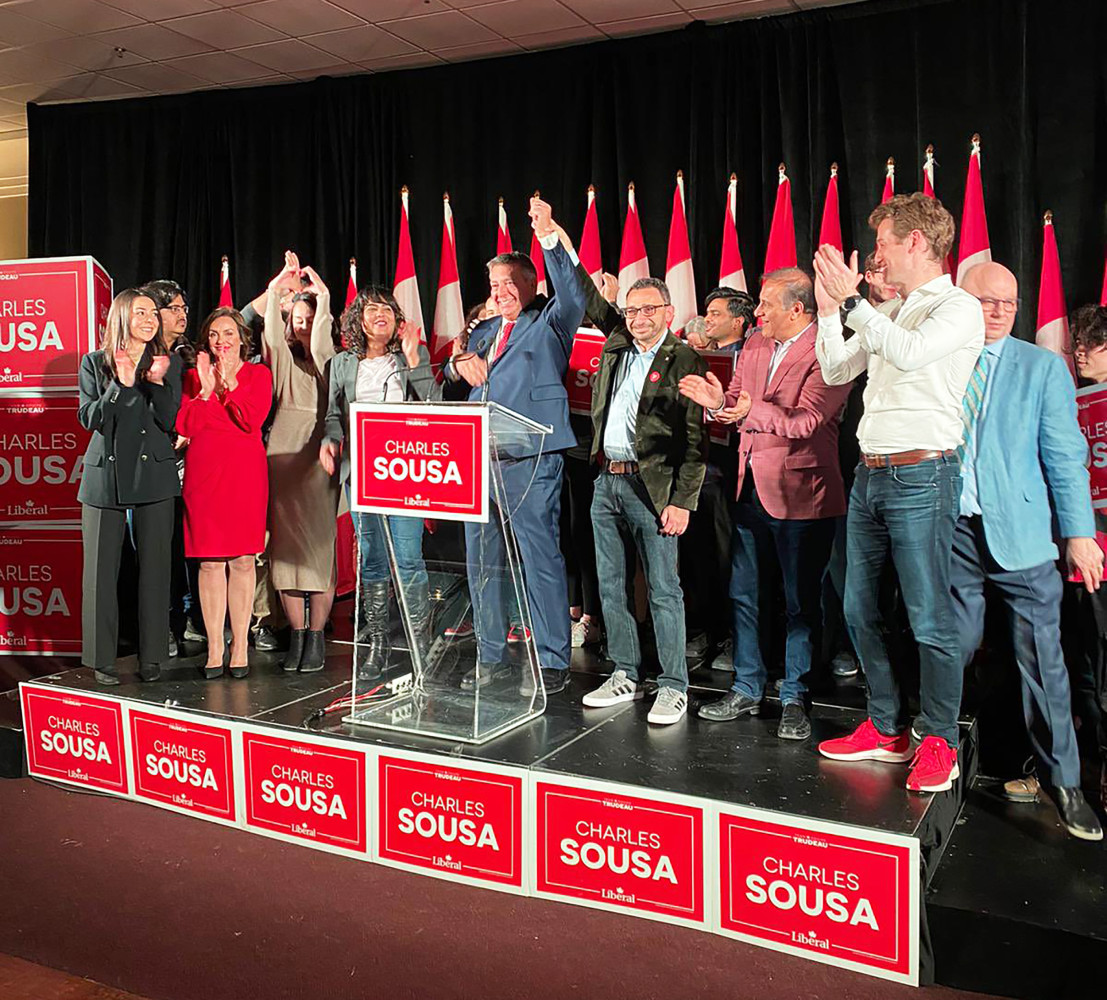 Charles Sousa, a former Mississauga MPP, will join Justin Trudeau’s federal government in Ottawa after winning Monday’s byelection in the riding of Mississauga—Lakeshore. He was picked on just over 50 percent of the ballots cast, beating out Conservative candidate Ron Chhinzer by approximately 3,300 votes.

"As your voice in Ottawa, I want you to know that I am here to provide support, to work with you and the community, and to be pragmatic at finding the right solutions to those challenges that we face," Sousa said in a victory speech.

Voter turnout has been on a steady decline in Canada for decades. On Monday only 26 percent of the eligible 89,863 voters in Mississauga-Lakeshore turned up at the polls.

He made his name in politics serving as the MPP for Mississauga—Lakeshore, formerly called Mississauga South, for over a decade from 2007 to 2018. In 2010, he first joined the provincial cabinet as minister of labour. In 2011, he became Ontario’s minister of citizenship and immigration. Stepping away from cabinet in 2012, he was reappointed as former premier Kathleen Wynne’s minister of finance in 2013, utilizing his background in the banking industry.

Sousa was a high profile and highly visible MPP during his time at Queen’s Park serving not only his constituency in Mississauga—Lakeshore, but all Ontarians through his work in senior cabinet positions. Sousa’s 2017 budget was Ontario’s first that was balanced since the 2008 global recession. It included initiatives that currently benefit all of Ontario such as OHIP+ which provides a number of free prescriptions for those 24 and under, free tuition for over 210,000 post-secondary students, the Fair Hydro Plan, which provided a 25 percent cut to energy bills, housing affordability measures, and increased funding for healthcare and education.

It was widely popular with residents across the province and elevated Sousa’s reputation as an expert in finance. He has since served as a director on the boards of Wealth One Bank of Canada and the IC Savings credit union.

One of his biggest impacts on the riding was work to get the Lakeview Village project off the ground, supporting the foundational efforts of the late Mississauga councillor Jim Tovey. The ongoing 300-acre transformation of Mississauga’s former Lakeview power plant site into a mixed-use waterfront community to create a “green oasis” where a former coal plant once stood for decades has been celebrated as a major achievement.

The development, which was estimated to take 10 years to complete after it began construction in 2016, is being built on the former provincially-owned property which previously cut residents off from the waterfront.

The community being built along the shoreline, complete with boardwalks, condos, businesses, and cultural and educational spaces, is bound by height restrictions not to overshadow the natural beauty of the area.

Sousa has said he wanted a waterfront that was “much better” than Toronto’s, attracting residents from across Mississauga and the surrounding area.

He was also an ambassador for the Credit Valley Hospital Foundation.

Mississauga—Lakeshore has been a comfortable federal Liberal seat since 2015 under former MP Sven Spengemann. He won close to 50 percent of the vote through three elections in 2015, 2019 and 2021. He stepped down from his position to return to the United Nations in a position similar to one he held before running for federal office.

Sousa’s election suggests support for Justin Trudeau’s Liberal government remains stable in Mississauga. Some observers claimed Monday’s vote would serve as a barometer of the national mood and that a loss for the Liberals could signal a weakening of support and momentum toward the Conservative Party under new leader Pierre Pollievre who won the internal race in September on a promise that he could bring new voters into the Conservative tent. The Mississauga race, however, might not reflect the national mood, as Sousa enjoyed significant name recognition in the riding and his Conservative challenger was virtually unknown, having never held public office before.

Despite this, Chhinzer won 37.3 percent of the vote, compared to 51.2 percent for Sousa; the NDP’s Julia Kole received the support of 4.9 percent of those who cast a ballot. The results suggest, despite the huge name recognition advantage and deep roots Sousa has in the local community, the Conservatives have built momentum in Mississauga.

“Since becoming leader of the Conservative Party, Pierre Poilievre has been asking Canadians to send Justin Trudeau and our Liberal team a message – and the election of Charles Sousa sent a clear one,” Azam Ishmael, National Director of the Liberal Party of Canada, said in a press release on the Liberal website. “Voters in  Mississauga–Lakeshore rejected the reckless policies of Pierre Poilievre’s Conservatives and chose to move forward with Justin Trudeau and our Liberal team’s positive plan to make life more affordable and build an economy that works for all Canadians.” 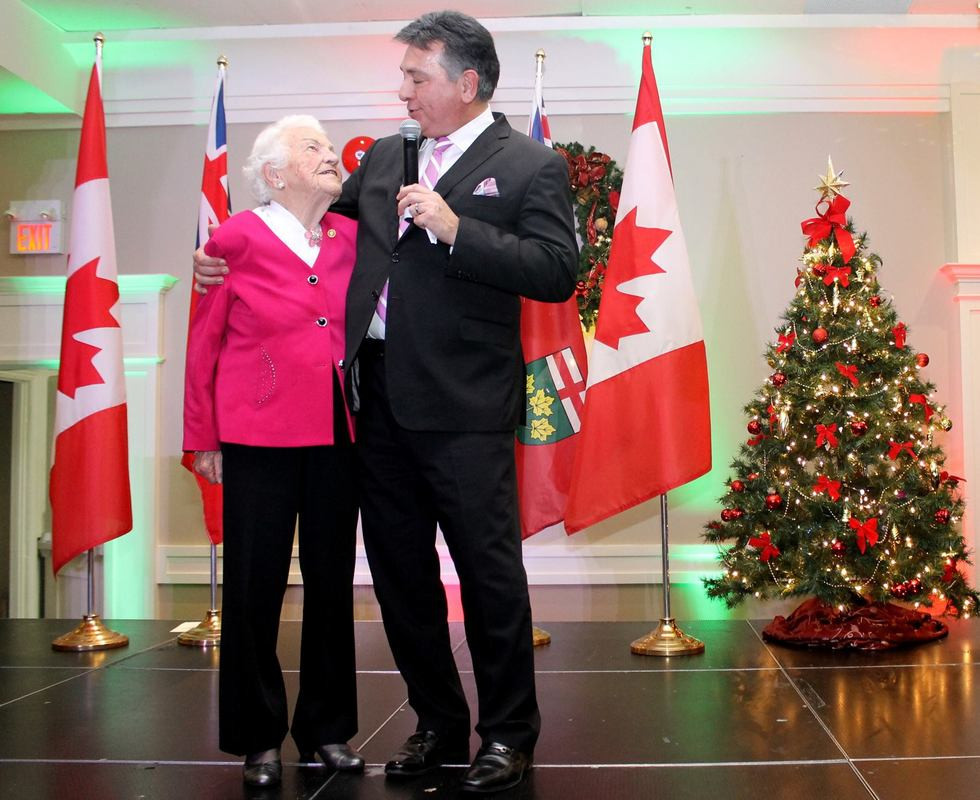 Prior to his 2018 election loss, Charles Sousa was a common face in Mississauga politics. Here he stands with former Mississauga mayor Hazel McCallion.