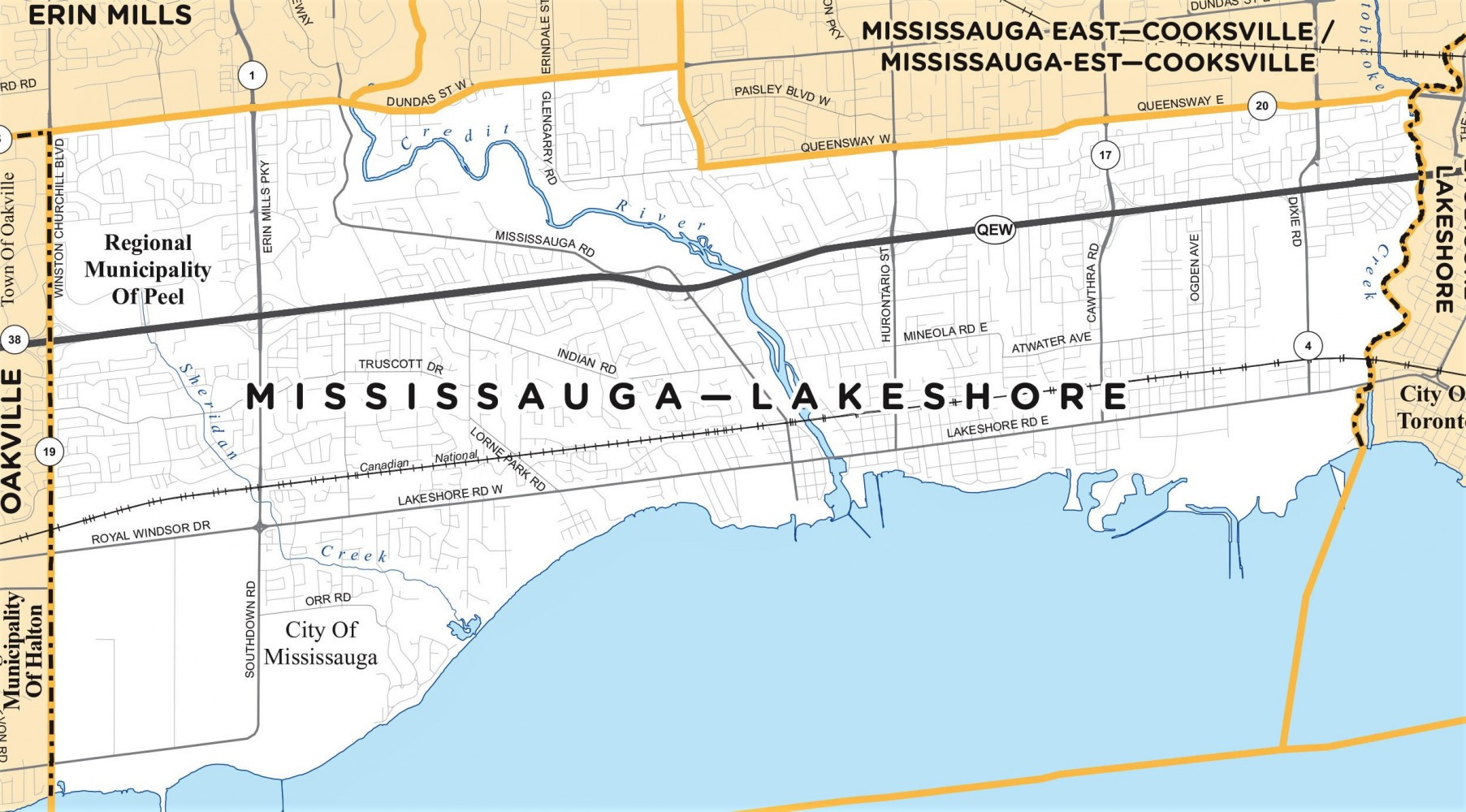 Voting in Mississauga—Lakeshore byelection begins; residents looking for representative in Ottawa who can fight for city’s fair share

After a six-month stint of not having direct representation in the highest level of government, residents of Mississauga—Lakeshore will once again have an opportunity to select a voice to represent their most pressing concerns on Parliament Hill.

The federal byelection for Mississauga—Lakeshore was announced by the Prime Minister on November 6. The vote is being held to replace former Liberal Member of Parliament Sven Spengemann who, after six years in Parliament, stepped down in May to rejoin the United Nations, for a position similar to the one he held prior to entering federal politics.

Spengemann was the second sitting Liberal MP in Peel to walk away from his elected role in two years. Brampton’s Raj Grewal also stepped down from the Party and left federal politics after gambling problems that eventually led to criminal charges for fraud and breach of trust.

Mississauga’s Gagan Sikand also stepped away last year, after being absent from his role as an MP for almost two years for undisclosed medical reasons.

Spengemann was first elected in 2015 and reelected in 2019 and 2021. Throughout the three elections, support for him remained consistent at approximately 47 to 48 percent of the vote. The most recent 2021 election saw a tight race between Spengemann and Conservative candidate Michael Ras, who lost by 2,936 votes. 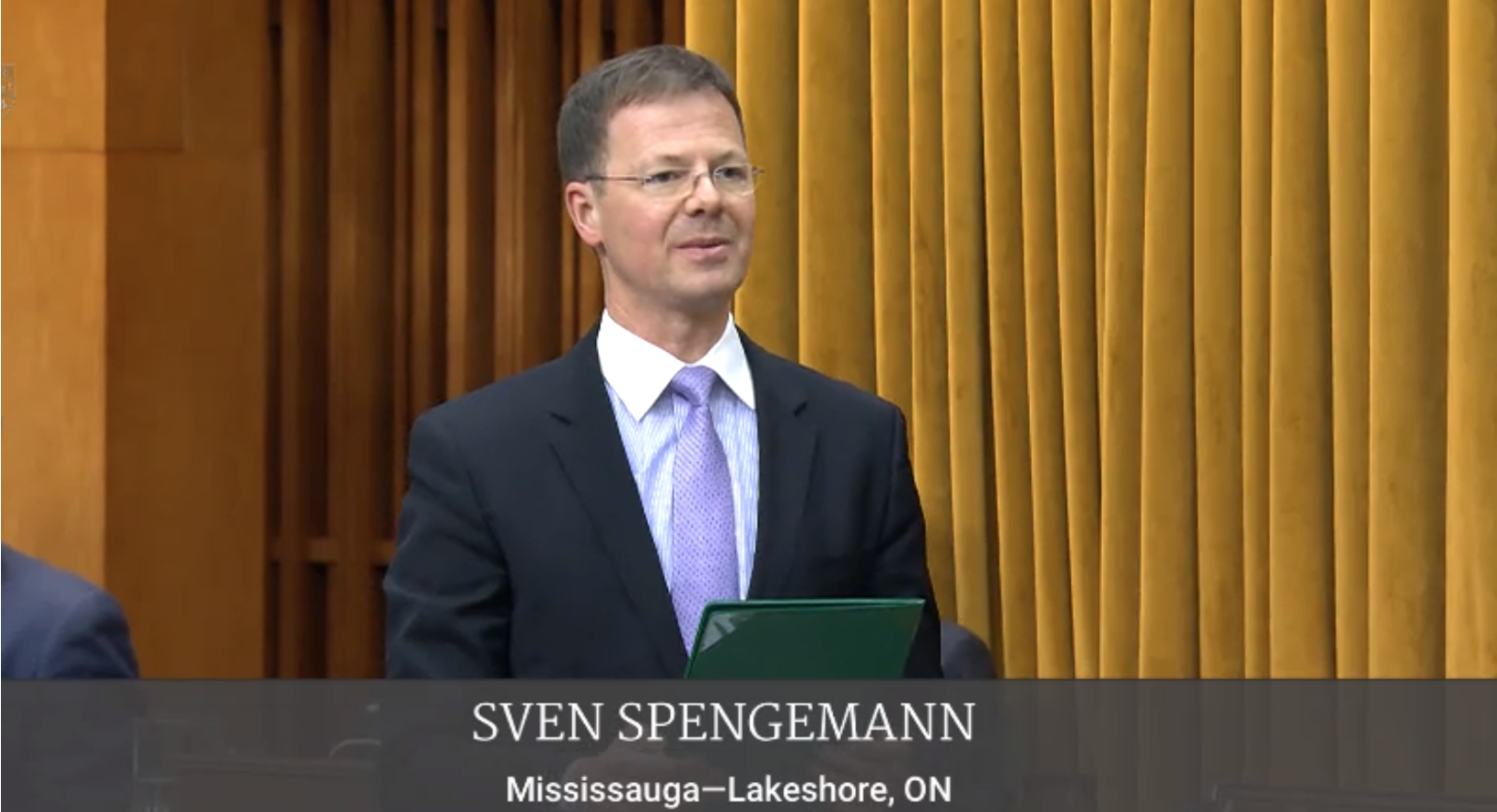 Liberal MP Sven Spengemann, first elected in 2015, stepped down from the position in May to rejoin the United nations.

The Liberal representative left his MP position with a lot of unfinished business, campaigning in 2019 on a platform to bring affordable housing and improved transit to the riding.

“We’ve already started the conversation [on affordable housing],” Spengemann told The Pointer after being elected in 2019. “I built a seniors council here in the riding, which is a non-partisan council of people from all walks of life who are either seniors or care for seniors.We sat them down and they formed themselves into two separate committees: one is on health care, the other is on housing... So the housing agenda will remain firmly into this administration.”

In 2021, The Pointer combed through Hansard transcripts looking at each time Spengemann spoke in the House and found he took little action in the two years following those statements. He sat on 12 parliamentary associations or inter- parliamentary groups and co-chaired the Canada-Africa Parliamentary Association and facilitated meaningful discussions in committees, but did not live up to his promises to Mississauga—Lakeshore voters.

Standing just 19 times in the House, Spengemann focused on climate action, a topic of concern to many constituents along the shores of Lake Ontario. Throughout the two years leading up to 2021 he never said the words “affordable housing” in the House of Commons.

Mississauga—Lakeshore is home to approximately 117,444 residents. The future of the riding is at a crossroads as the next candidate will be faced with helping the City find a strategy to balance smart growth with the impending wave of new residents that will flood in as massive waterfront developments rise up along the riding's edge. In the past, Mississauga’s elected officials in Ottawa have not done an adequate job of helping facilitate the flow of infrastructure funding to the city, something that is critical to support its rapid growth. Investments into features like higher order transit will need to be a priority for the next federal representative.

The successful candidate will have to deal with these challenges and many other concerns facing Mississauga—Lakeshore.

Federally, the riding has long been held by the Liberals, apart from a short-lived period when the Conservative Stella Ambler had the seat under former prime minister Stephen Harper's majority government from 2011 to 2015.

Those vying for the Mississauga—Lakeshore riding include:

The candidate representing the Liberal Party is former MPP Charles Sousa, who served the area provincially for over a decade from 2007 to 2018, including as minister of finance from 2013 to 2018 where “he worked to build a strong economy across the province, create jobs, and make life more affordable for all Ontarians,” according to his website.

“As an MPP, Charles always strived to make his community a better place for Mississauga families,” his website states.

Sousa has also advocated and pushed for the revitalization of Mississauga’s waterfront and the protection of its sensitive airshed, and was an ambassador for the Credit Valley Hospital Foundation. 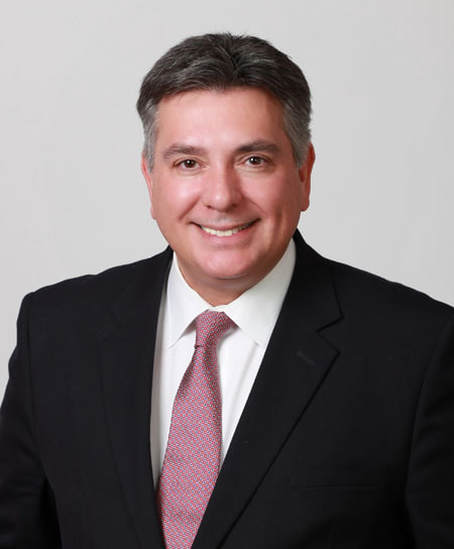 Former Minister of Finance Charles Sousa is the Liberal candidate battling for the vacant seat in the Mississauga—Lakeshore riding.

In addition to his years as provincial finance minister, he led the labour, citizenship and immigration ministries, was the minister responsible for the pan and parapan American Games and was president of the Treasury Board.

Sousa has also been endorsed by former Mississauga mayor Hazel McCallion who wrote, "Charles is a strong leader who delivers for our community. He does his homework and gets things done. He has fought hard to protect our waterfront, expand our hospitals, and enhance public transit.”

Running for the Conservative Party is Ron Chhinzer, a member of the Peel Regional Police Service with over 20 years in law enforcement. 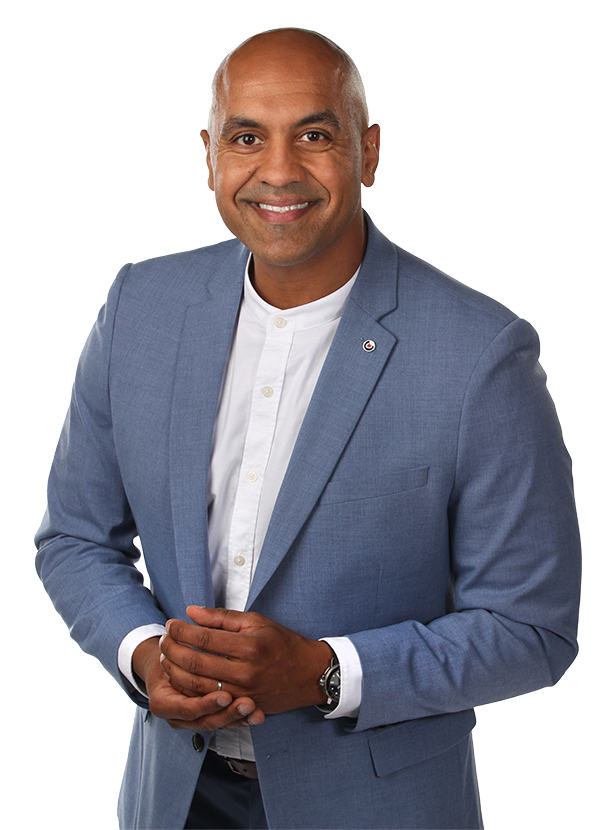 Ron Chhinzer, a former member of the Peel Regional Police Service with over 20 years experience, is running as the candidate for the Conservative Party.

“Ron has also overseen the deployment of government grants aimed at reducing gun and gang violence, sexual assault and harassment, and human trafficking,” his website states. “Ron is a public speaker on the topics of leadership development, impactful policing, and crime prevention through economic development.”

Julia Kole, who also ran for the NDP in the riding during this year’s provincial election, is once again representing the orange banner.

“In our community, like many GTA communities, we’re experiencing an exponential increase in the cost of living. From unaffordable food and fuel prices to skyrocketing housing costs, many of us are struggling to get by,” Kole states on her website. 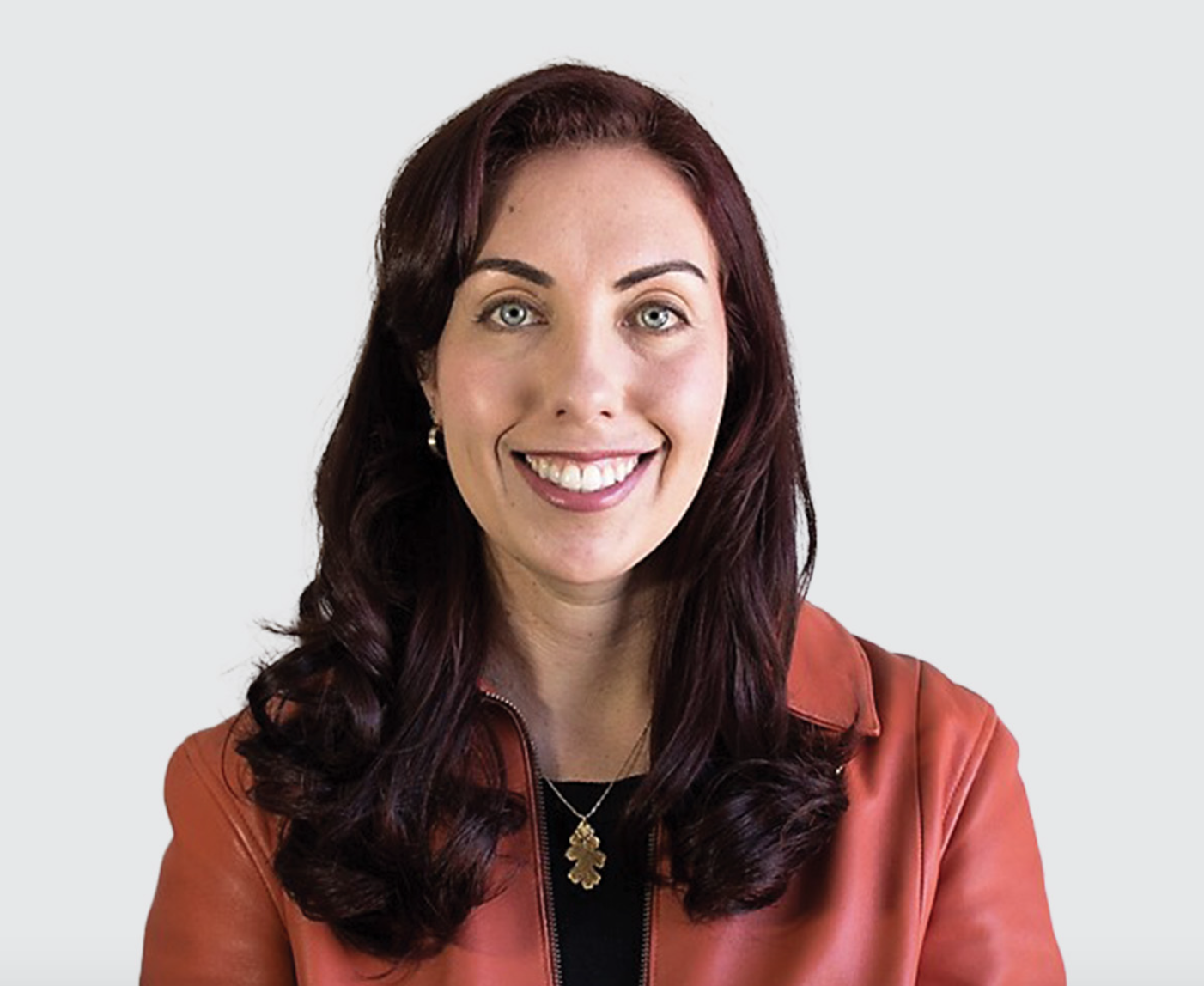 NDP candidate Julia Kole ran for the NDP seat in the provincial election earlier in the year.

She previously worked as a constituency assistant for an MPP in Brampton and “saw firsthand the need for universal dental and drug coverage, real action on climate change and expanding public transit—issues that Jagmeet Singh and the NDP are fighting for and delivering on.”

Representing the Green Party is Mary Kidnew, the founder of the Mississauga—Lakeshore Green Party Electoral District Association (EDA), community advocate and a past president of the Hillcrest Ratepayers Association.

As the founder of the Mississauga—Lakeshore Green Party EDA, which officially became recognized in spring of 2021, Kidnew said she will use her experience of “volunteering and spearheading change” within the community.

“I will work and serve our beautiful community in a larger capacity where I know that I can affect real change,” she states on her website. “I will support and lift up all the groups, organizations, businesses and people of our community all while finding ways to steward the land; by protecting the land, air, water and wildlife.” 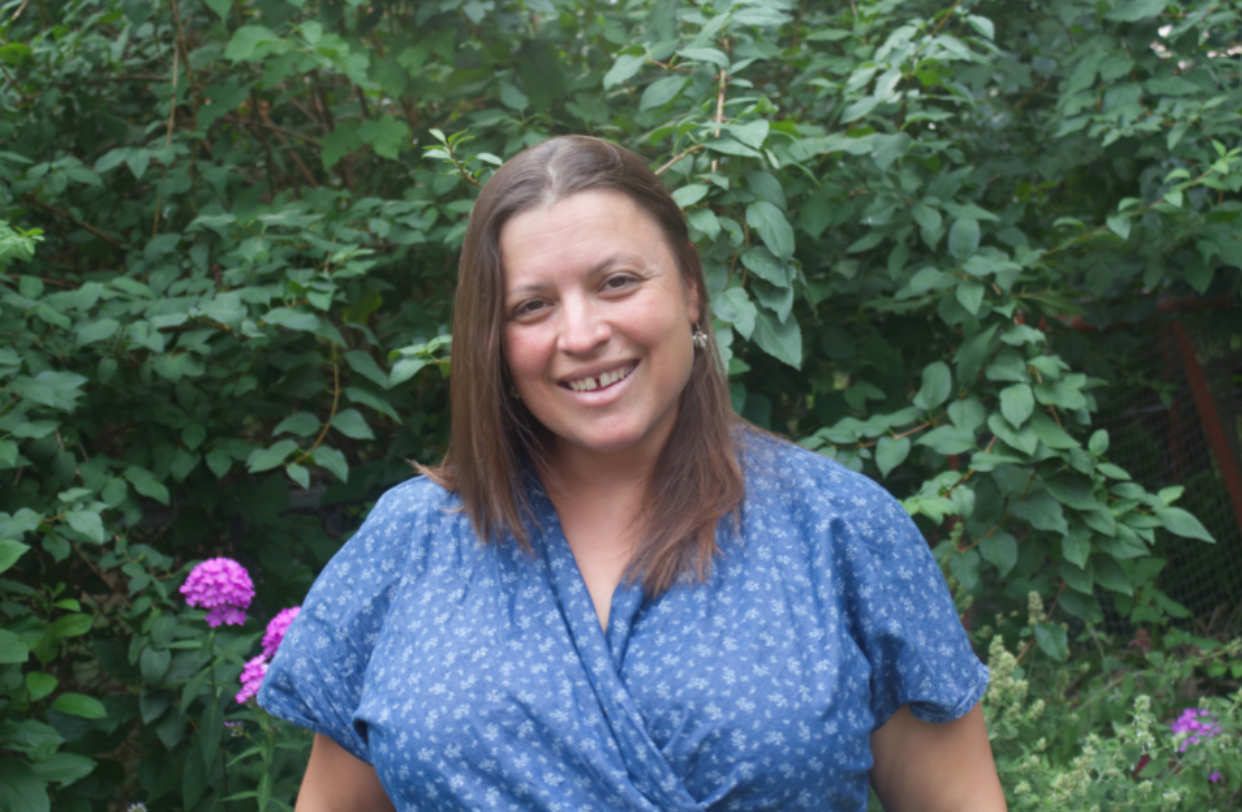 Looking to affect real change and serve the community in a larger capacity, Kidnew said in her candidacy announcement she’s hoping to “support and lift up all the groups, organizations, businesses and people of our community while finding ways to promote environmental stewardship by protecting the land, air, water, and wildlife.”

These four candidates are among the 40 that have been confirmed in the riding – the largest number of candidates to run in any single electoral district in a federal election or by-election.

Advanced polling begins December 2 and runs through the end of Monday. The official voting day is December 12. Information on the byelection, including the names of all registered candidates, can be found at Elections Canada.