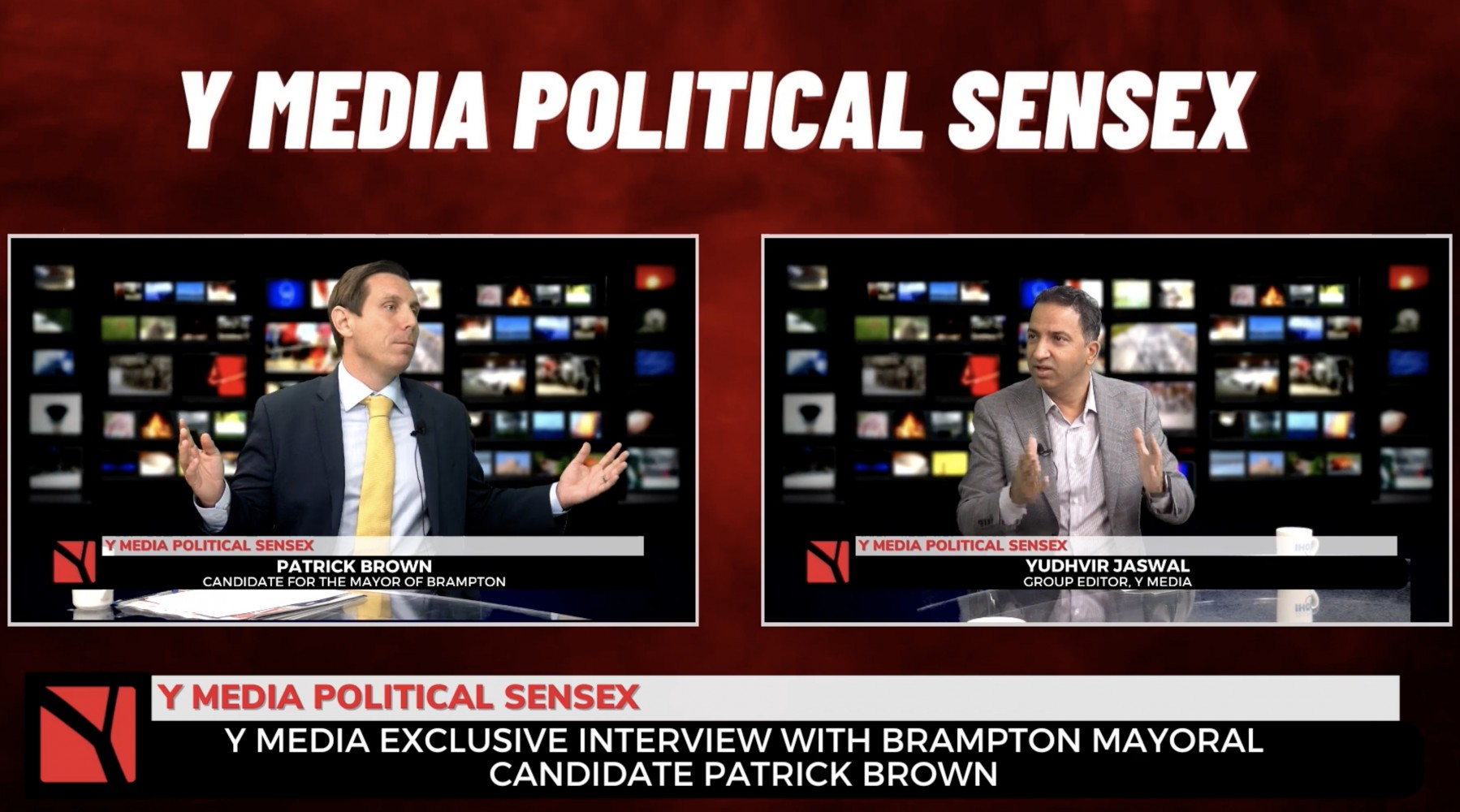 In a Y Media exclusive interview with Yudhvir Jaswal this week, mayoral candidate Patrick Brown was repeatedly called out after continuously lying about the reason University of Guelph-Humber recently cancelled its plans to establish a downtown campus in Brampton.

Brown tried to mislead viewers, claiming numerous times that the cancellation of the plan was because six councillors passed a motion on March 4 to terminate the Guelph-Humber partnership.

“We had six councillors say no to Guelph-Humber,” Brown claimed.

It was a blatant lie.

There was no council meeting on March 4, the university says otherwise, and no such motion exists.

It was the first time the termination of the partnership was communicated. Despite Brown’s false claim of a council meeting on March 4, no such meeting took place, there is no motion of council cancelling the Guelph-Humber partnership and there is no record of any communication by the City that council made the decision to walk away from the deal. 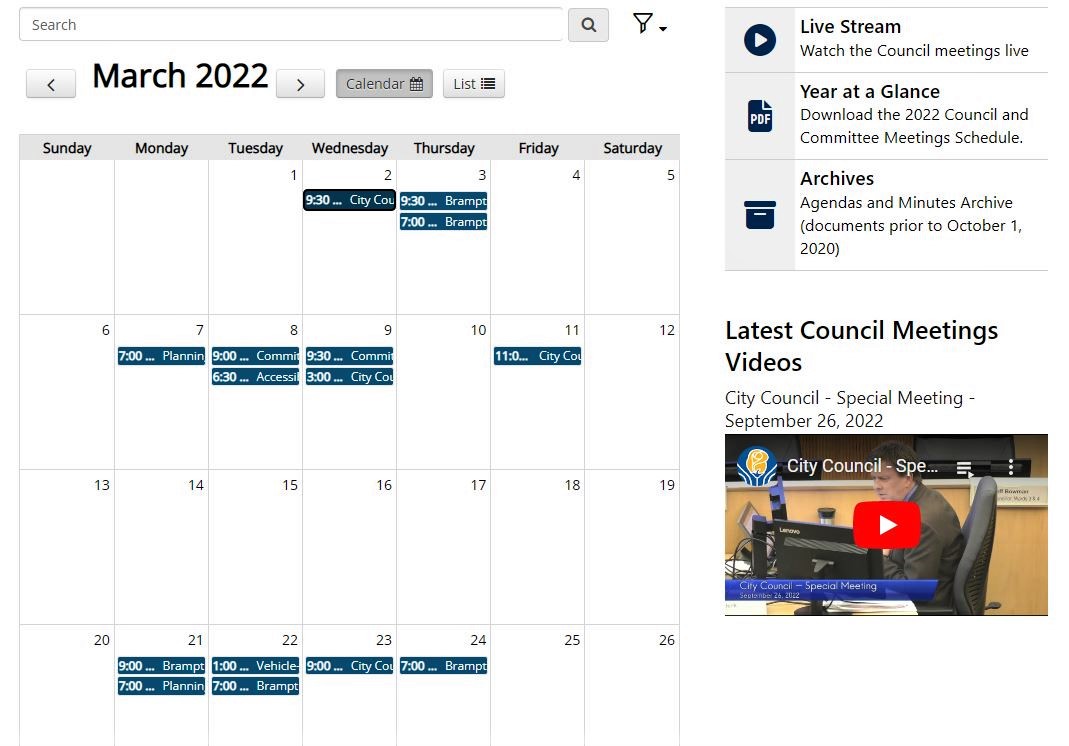 The City of Brampton Council Calendar for March, 2022 shows there was no meeting on March 4, contrary to what Patrick Brown claimed, and a search of the website shows there is no motion about cancelling the Guelph-Humber partnership.

Jaswal repeatedly pushed back, telling Brown he had a letter from Guelph-Humber stating it was their decision to pull out because the City had dropped the ball, not because of a council decision.

Brown became agitated after the host confronted him with the facts. He then kept repeating the lie, claiming six councillors cancelled the plan through a motion on March 4.

“No, no, no you are just trying to confuse,” Jaswal told Brown on his show. The host said the letter from Guelph-Humber is clear, it says the reason it decided to walk away from the partnership was because of inaction by the City. It was Guelph-Humber’s decision, not council’s.

“Yudhvir, you’re wrong here,” Brown responded, once again launching into his lies, claiming the cancellation was the result of six councillors who passed a motion March 4 terminating the partnership with Guelph-Humber.

“I have a letter, the letter doesn’t say that,” Jaswal countered. “Council didn’t vote, they (Guelph-Humber) pulled out.”

But Brown persisted, refusing to let the facts get in the way of his lies.

“Do I have an opportunity to talk,” Brown, who was visibly flustered, replied.

There was no council meeting on March 4, which the City’s council meeting calendar shows; there is no motion on any agenda regarding the cancellation of the Guelph-Humber partnership, which a search of the City of Brampton’s database confirms, and which The Pointer confirmed with three members of council; the letter from Guelph-Humber (below) clearly states it made the decision, not council, and the reason was because of the City’s inability to move forward with agreed upon timelines for the construction of the downtown campus space.

“I watched the video of the interview and I was astounded by the number of lies that came out of Patrick Brown’s mouth,” Councillor Jeff Bowman said.

“There is no motion to cancel any dealings with Guelph-Humber.” 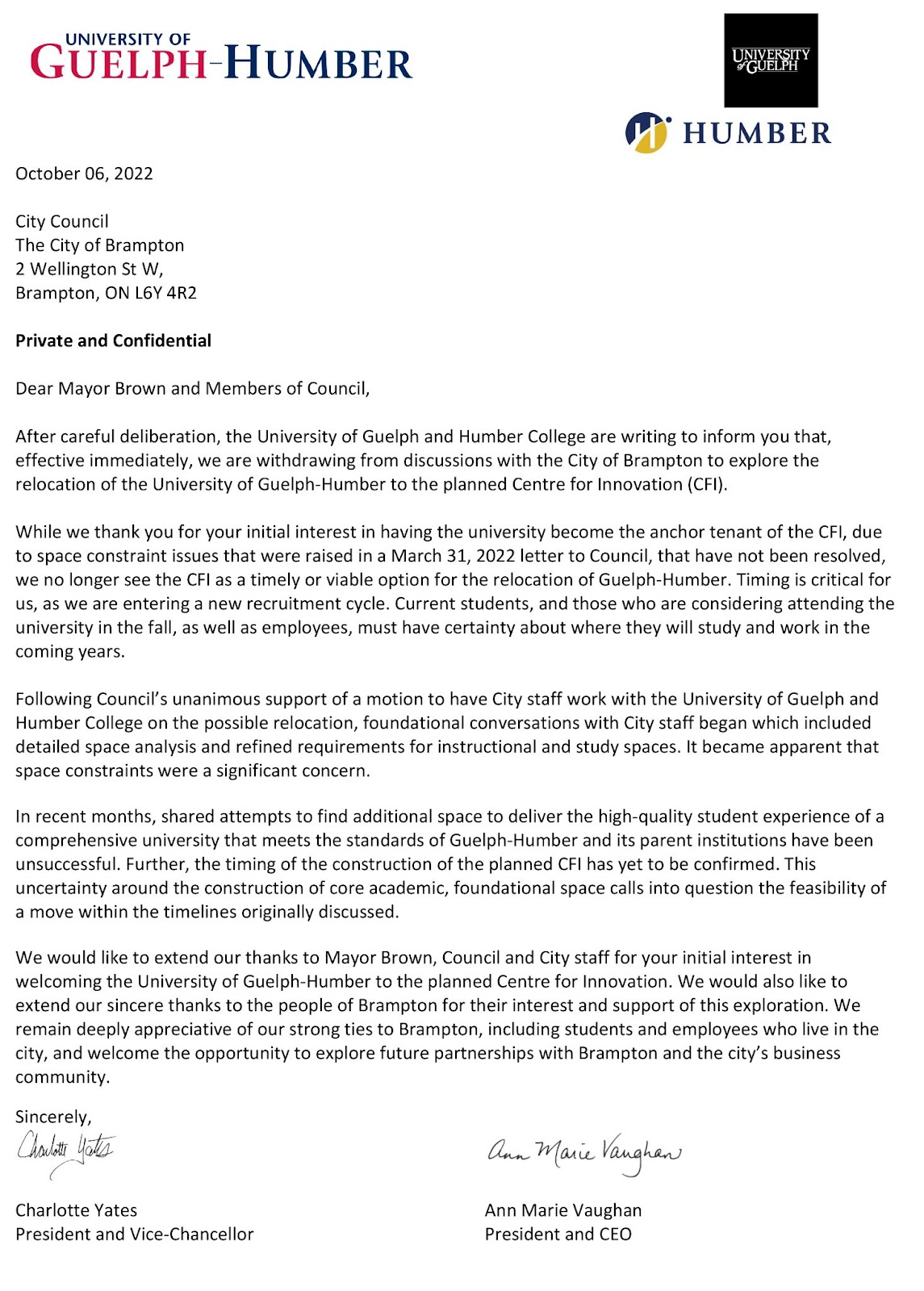 A letter from the University of Guelph-Humber to Brampton Council states the reason it pulled out of the partnership is uncertainty around the construction of space.

Jaswal repeatedly said no council member has said they cancelled the Guelph-Humber deal, and that every member has been in favour of the partnership, failing to understand how Brown could make his claim. Brown repeatedly referred to a vote during a March 4 meeting, despite the fact there was no council meeting on March 4.

Brown’s false claim about a council decision on March 4, doesn’t line up with the timing of the cancellation.

The letter from Guelph-Humber, announcing its decision to walk away from the partnership with Brampton, is dated October 6.

Shortly after, it was widely reported, in at least a dozen media outlets, that Guelph-Humber made the decision to walk away from the partnership with Brampton.

“The City has really failed to give them time, attention, and there are many other concerns that are mentioned in the letter,” Jaswal told Brown during the interview.

“You’re saying this, that Council has voted against it. My simple question is, I have not [come] across any of the councillors or candidate who is opposing it. Everybody is in favour.”

Jaswal paraphrased from the letter, telling Brown the cancellation had nothing to do with council.

The October 6 letter from Guelph-Humber states:

“This uncertainty around the construction of core academic, foundational space calls into question the feasibility of a move within the timelines originally discussed.”

Jaswal: “This is one of the cities where we do not have a university in Brampton. Recently Guelph-Humber, we got a letter here, they pulled out from even the talks for a university. The city has really failed to give them time, attention, and there are many other concerns that are mentioned in the letter.”

Brown: “As you know, Yudhvir, on March 4 City Council voted not to pursue a Brampton university. I know there were some existing stakeholders that were lobbying against it, Sheridan, for example, opposed Guelph-Humber coming to Brampton, but what I said to the Councillors who voted against it is, ‘We can have both a university and college in our city and for those that think simply having a college is adequate they’re not seeing the big picture.’”

Jaswal: “No, but the question remains unanswered, why? Council unanimously voted to bring in a university.”

Jaswal: “No, but why did we even stop the discussions with this Guelph-Humber university to bring it here?”

Brown: “I would love to have them here.”

Jaswal: “But no, they’re saying nobody is…”

Brown: “No, because six councillors voted against it.”

Jaswal: “Are you in favour of that? But they didn’t say coucillors voted against it, their clear point is…”

Jaswal: “But the letter doesn’t say about Council, the letter says we were not being responded back (to), they didn’t fulfill our requirements.”

Brown: “Yudhvir, I don’t know why you don’t understand this. Six councillors instructed the city not to respond back. Six councillors voted for the city, were no longer interested in negotiating.”