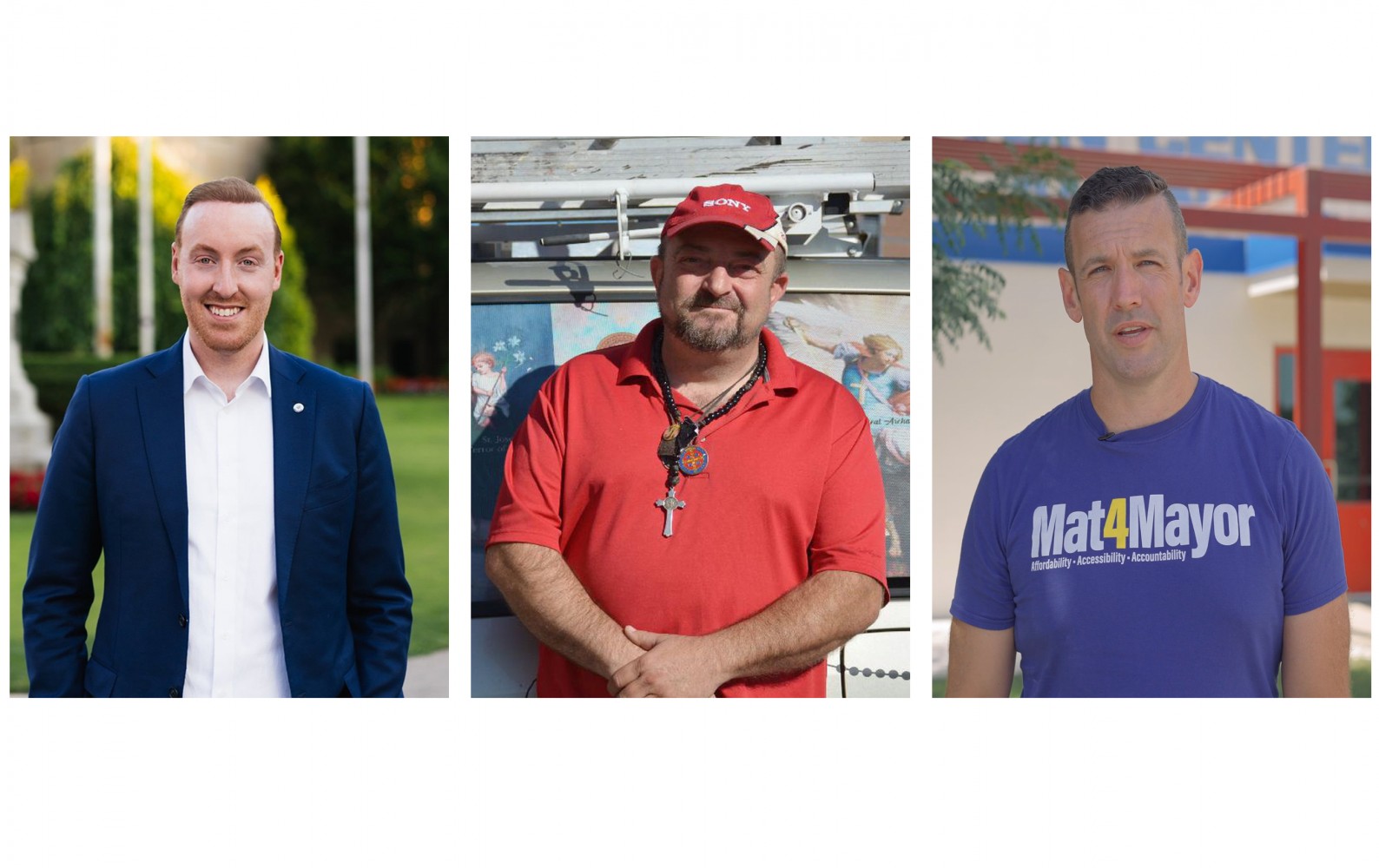 After the landmark report was released from the Intergovernmental Panel on Climate Change in 2018, calling for urgent action at the local level to limit global warming to 1.5 degrees above pre-industrial levels, a flood of municipalities followed suit with climate emergency declarations.

St. Catharines unanimously declared a climate emergency in April 2019 to “recognize the urgent need to take action to mitigate the effects of climate change and to deepen the City's commitment to protecting its economy, ecosystems, and community from climate change”.

Between 2011 and 2018, the City of St. Catharines reduced its carbon emission intensity by 25 percent. In October 2019, the City established its Energy Conservation and Demand Management Plan which approved a target of a 40 percent reduction in emissions by 2030. In 2020, the City enhanced the target to a 45 percent reduction by the same year.

St. Catharines received a grant from the Federation of Canadian Municipalities (FCM) which partially covered the costs of hiring a Climate Change Coordinator. The purpose of this role is to “focus on developing a corporate adaptation plan and implement its actions”.

The forces of climate change such as extreme weather events like Hurricane Fiona that terrorized the east coast, and Hurricane Ian that killed and displaced many in Florida will become more frequent.

A local climate change adaptation plan is a start, but cities won’t go far without a new generation of leaders who prioritize actions to mitigate global warming.

Mike Britton plans to do just that.

The current regional councillor has been serving the city since 2014, when, at age 24, he was elected as the youngest city councillor in St. Catharines.

Historically, politicians have prioritized the concerns of older voters who tend to turn out to the polls at higher rates. Unfamiliarity with climate action is something more common among older politicians who did not grow up thinking about the issue. This often leaves younger voters discouraged and less likely to vote. 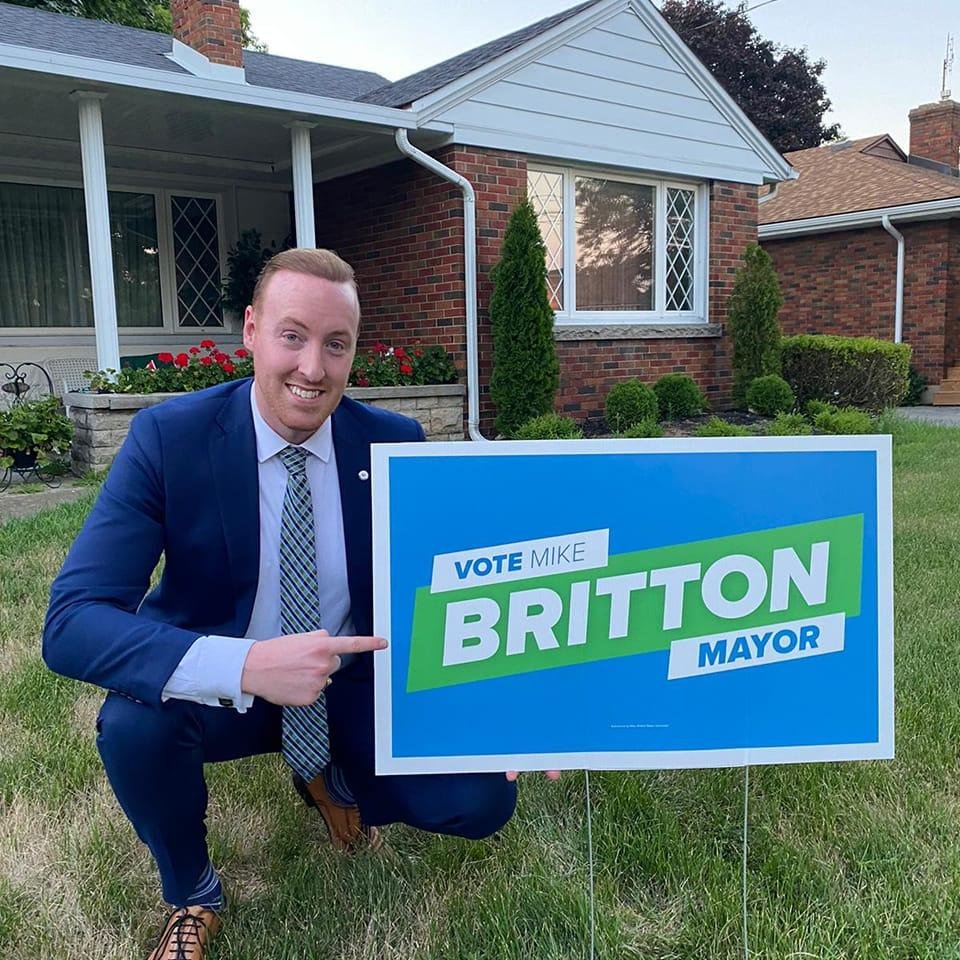 St. Catharines mayoral candidate Mike Britton was first elected to regional council at the age of 24.

Research from Abacus Data shows over 90 percent of young people support greater climate action. Britton is a part of this statistic.

He said back in 2015, the first conference he attended as a councillor was on LED lighting for municipalities.

“And I remember going and thinking, ‘Okay, well, so the return on investment from a savings just from a cost point of view, is three to five years, right? You save hundreds of thousands of dollars in energy costs, and in maintenance costs, because LEDs last longer. So it saves money. And it's good for the environment’,” he said.

The City’s Climate Change Adaptation Plan points to the transition to LED lights as the number one reduction source in the City’s overall annual greenhouse gas (GHG) emissions.

“That's something I'm pretty proud of having brought in and not only saving dollars, but saving, you know, emissions as well from the city,” Britton said.

Now 32, he is taking his political action further as one of three candidates vying for the position of mayor following the decision of Walter Sendzik to walk away from the mayor’s job.

St. Catharines sits along the southwest shore of Lake Ontario which supplies drinking water to over nine million people in the United States and Canada. Changes in temperature and water levels will greatly impact coastal communities like St. Catharines.

As a result, a large portion of the City’s Climate Change Adaptation Plan focuses on precipitation increases, flood prevention and stormwater management.

It is estimated that increased evaporation due to warmer temperatures on Lake Ontario is expected to outpace precipitation, leading to decreased water levels. While this is anticipated to lead to declining water levels across the Great Lakes, more extreme weather events will impact lakefront communities like St. Catharines.

“What I found was that a lot of the goals are on preparing for precipitation increases. If you look at the actual action goals, it's about preparing for high Lake Ontario water levels, improving stormwater management, developing a flood strategy, extreme weather events, a lot of its focus on precipitation increases,” Britton said. “I think that's where a lot of our plan is focused. And so that's where a lot of my solutions are focused.”

He believes cities can mitigate and adapt to the effects of climate change and flooding by increasing the urban tree canopy.

“There's such a benefit. Whether it's bringing shade and cooling off the concrete in the city, whether it's cleaning the air, whether it's helping with drainage and stormwater management.”

In the City’s 2011 Urban Forest Management Plan, St. Catharines committed to increasing its urban tree canopy from 17 percent to 30 percent.

Initiatives include a tree giveaway where 1,000 trees are given out to residents.

“What we found is when somebody comes and takes a tree and waits in line and gets it, they actually take care of it. And so the amount that actually gets contributed to urban canopy is big,” Britton said.

He wants to build upon the tree giveaways and create a growth protection program. It would ensure planted trees are maintained to contribute to urban canopy growth.

Not only does an increase in the number of trees filter out air pollution and provide sufficient clean oxygen, it can also reduce the need for heating and cooling by providing shade and protection which can, in turn, decrease energy usage.

Britton stated that while the City has asset management for infrastructure such as roads and sewers, he wants to implement a natural asset management plan that protects trees and other greenery.

The City’s Climate Change Adaptation Plan set the goal of net zero emissions by 2050. Britton said he believes increasing greenery by expanding the urban tree canopy as well as growing plants on road meridians is one way to ensure this can be achieved. While he does not believe the City will be able to get to zero emissions by 2050, he hopes by adding more natural carbon filtering features, it can offset much of the emissions that are still released. 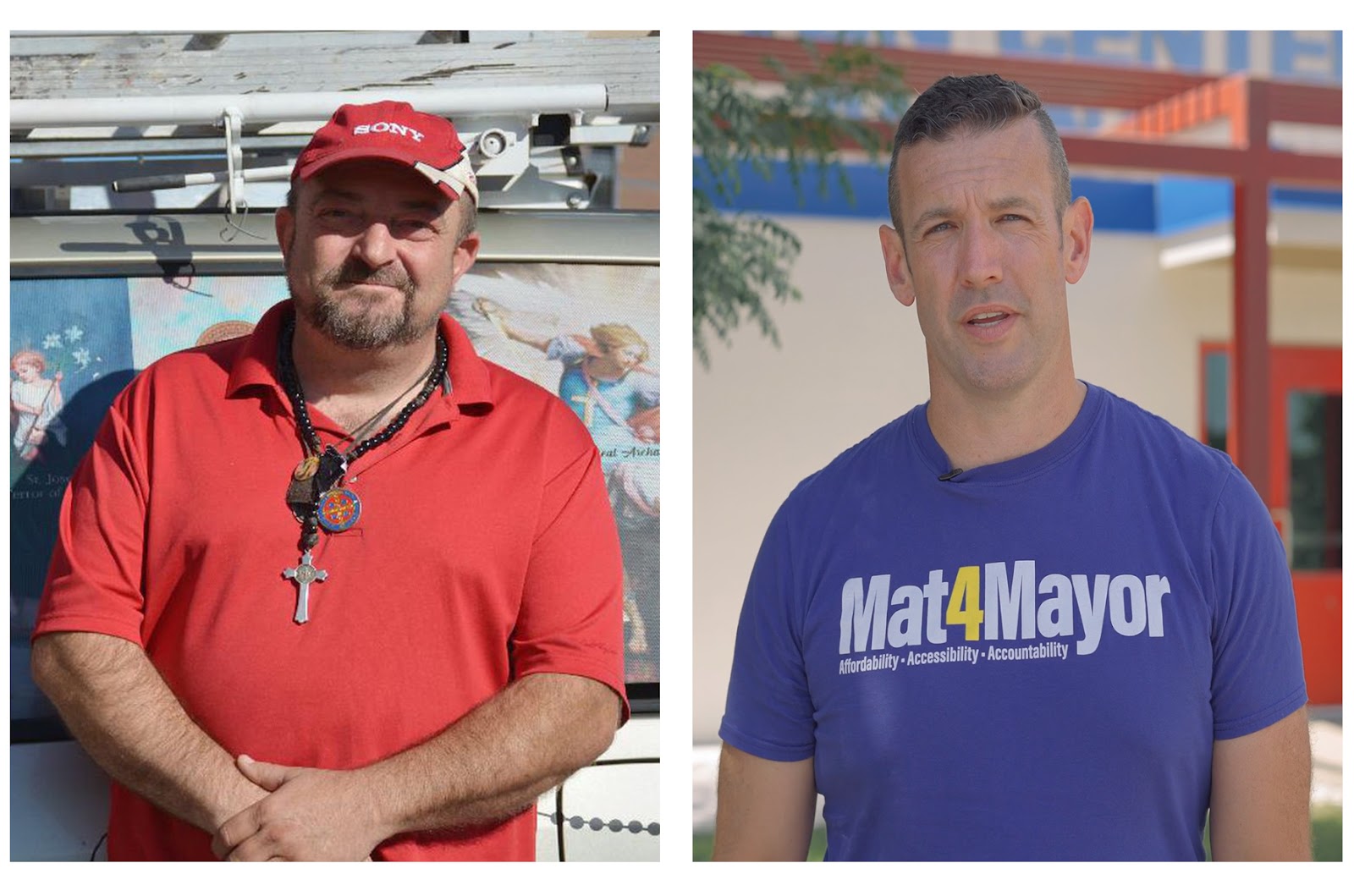 “We can't always rely on the provincial and federal government, depending on the government in power and so I try to focus on what's in my sphere of influence,” he said.

He believes municipalities need to focus on local solutions before turning to higher levels of government. Cities, he said, need to be investing in their own climate change plans focusing on the direct impacts in their community.

“Any city can’t solve global climate change by ourselves. We don't control the larger policies, but what we can do, because we're on the frontlines of combating it, is we can create solutions,” he said. “And if those ideas are good, then they can be shared and implemented as best practices across the globe.”

Britton is a cyclist and has also talked about his desire to invest in more active transportation infrastructure including the idea of designating certain thoroughfares for cars while other routes would still allow vehicles but would feature lower speeds with a focus on active transportation.

Mat Siscoe and Nick Petrucci, the two other candidates for mayor, did not respond to interview requests.

The municipal election is Monday, October 24.