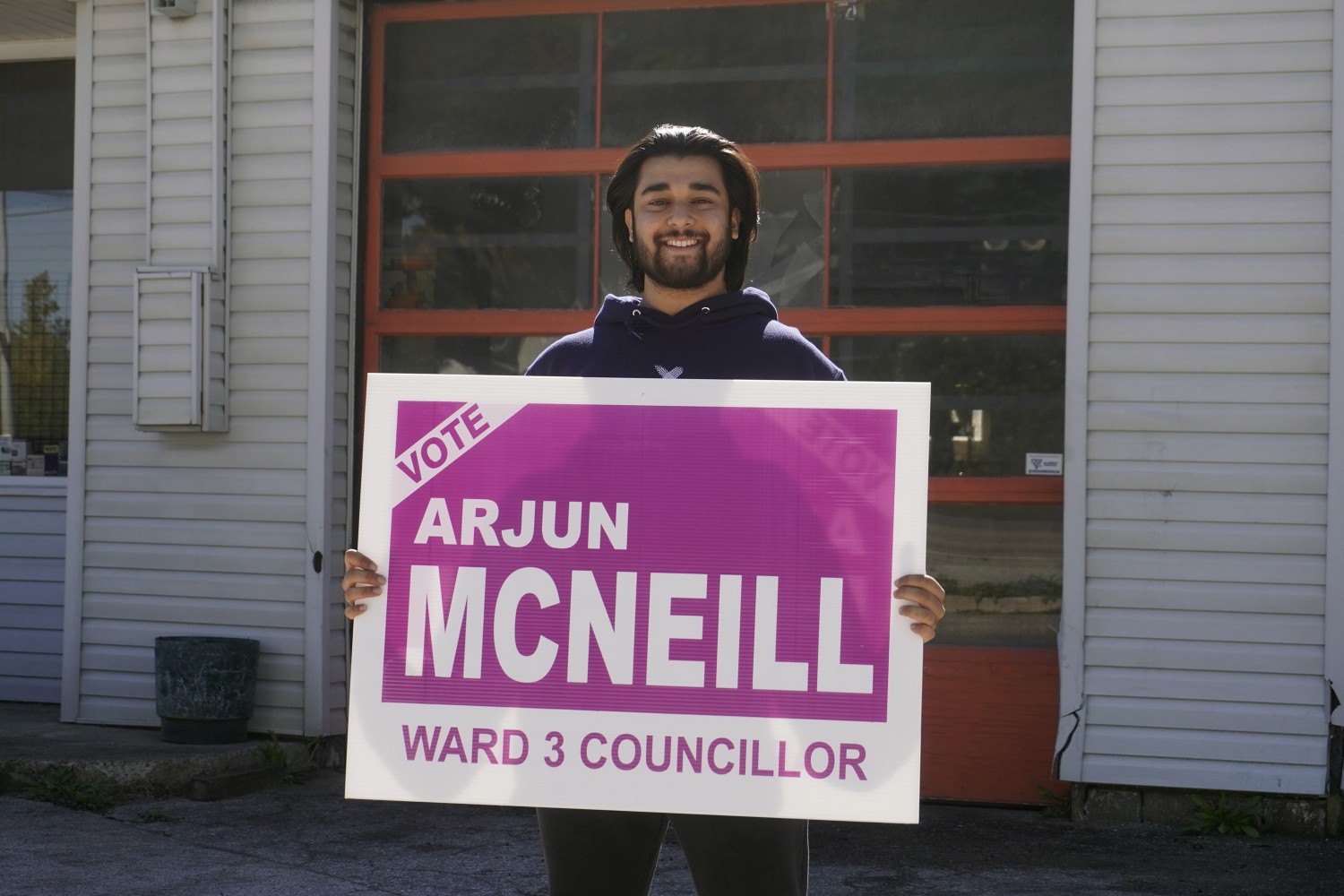 ‘Younger people have not had a voice’: Town’s youngest candidate hopes to bring fresh ideas, sustainability to Caledon

Along Highway 9, just before Caledon King Townline in northeast Caledon, there is a small auto garage. It’s not a typical mechanic who works inside. Arjun McNeill runs his business a little differently.

The 24-year-old Caledon resident wants to bring a degree of sustainability and future-forward thinking to car-dependent Peel, and it starts with ensuring that behind his garage doors, recycling comes first.

McNeill, who has run his garage for two years—and has lived in Caledon for 18—is now hoping to expand this sustainable way of thinking, putting his name forward for a seat on Caledon council. He is running in Ward 3, and if successful, it would make him one of the youngest people to ever hold a seat on the town’s council. 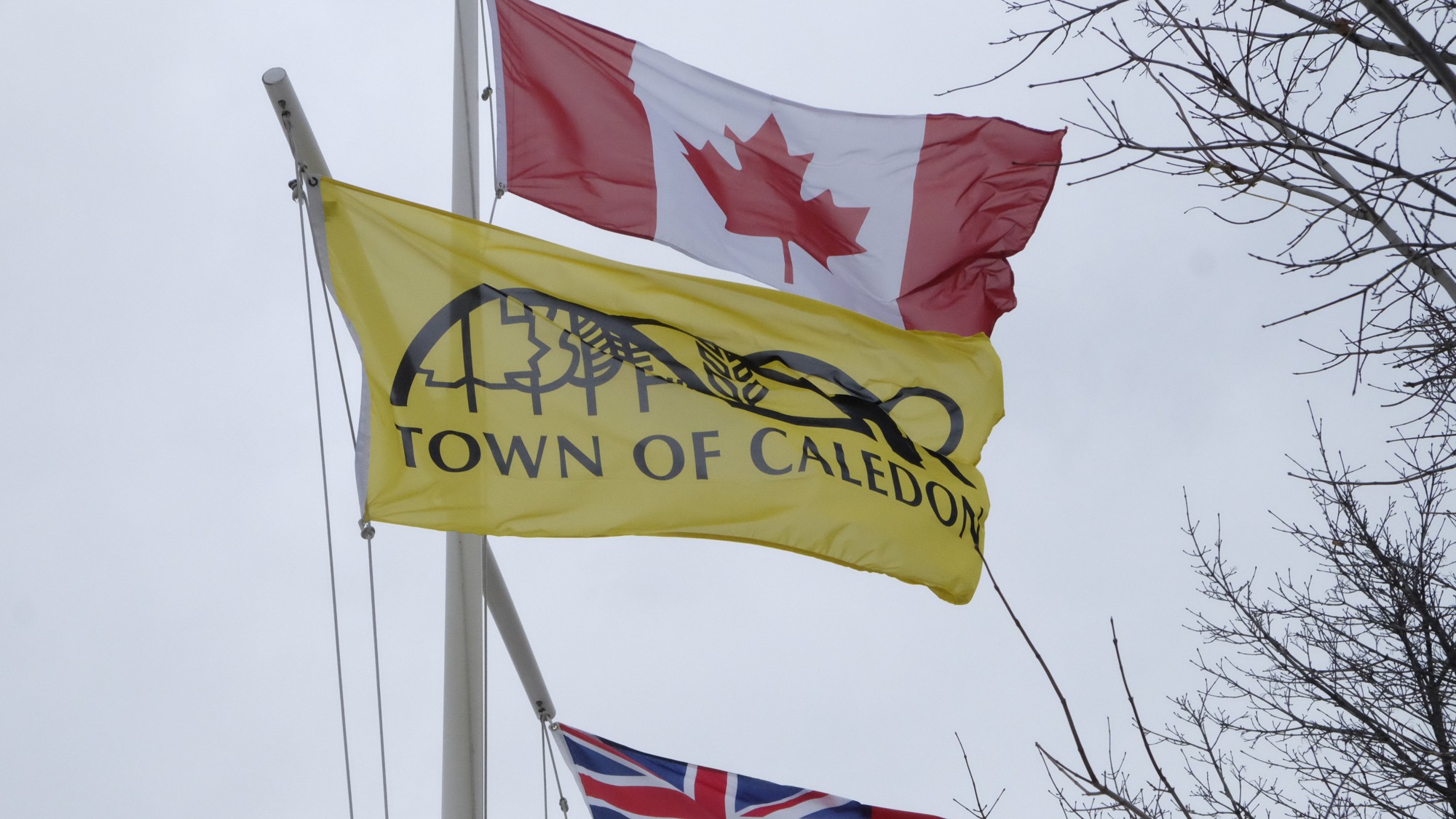 New council members in Caledon will have a significant number of issues surrounding growth and the environment after the October 24 election.

Recognizing the threats of climate change across Peel Region, and that sustainability and environmental solutions are crucial, McNeill wants to introduce innovative ideas.

The Intergovernmental Panel on Climate Change has repeatedly stressed that decision making by local governments play a key role in mitigating the worst impacts of climate change, particularly when it comes to urban planning and growth management.

Yet, local governments across Ontario, including Caledon, have failed to take significant action against the dire threats posed by climate change. This could change if youthful voices find their way to the council table, as younger generations are increasingly listing climate change as one of their most significant concerns. But in 2016, the average age of a municipal councillor in rural Ontario was 60—20 years above the average age of Ontarians—according to information from the Association of Municipalities of Ontario.

McNeill’s platform focuses on finding new solutions to current problems and bringing in a younger perspective to break the status quo. This includes rethinking the town’s ideals when it comes to key questions about growth, development and the use of ecologically important land.

“The quarry, for example,” he says, referring to the proposed blasting quarry in Cataract currently being studied, “they literally dug up a quarry right beside the residential areas. And now they want to put a blasting [quarry under the water] table…I understand supply and demand for Toronto and the GTA for those marble, granite, all that stuff. But there has to be another way.”

“I want to figure out different solutions to these problems, because to have just one solution doesn't really make sense.”

The same goes for another key concern in Caledon—Highway 413. The federal government’s Impact Assessment that will decide the future of the project is in limbo. The Ontario PC government has delayed the Initial Project Description—the document that needs to be finalized before Ottawa can decide if it will allow the project. Meanwhile, while residents wait for the two higher levels of government to reach a conclusion on the project’s future, the 413 Highway remains a controversial topic across Caledon.

The majority of municipalities along the proposed highway’s route have outwardly opposed the 413 project including the City of Mississauga, the City of Vaughan, the Town of Halton Hills, the Town of Orangeville, Halton Region, Peel Region and King Township. The City of Brampton and the Town of Caledon have yet to pass a motion in opposition to the project, despite attempts by two councillors to bring forward such motions. In Caledon, the motion was brought forward by Annette Groves, the councillor for Ward 5 and a candidate for mayor in the upcoming election. Her motion was ultimately shot down with many of the town’s pro-development council members including outgoing mayor Allan Thompson and mayoral candidate Jennifer Innis, who have aggressively pushed for the 413 Highway, opposed.

As a business owner, McNeill said he understands the desire of developers to build the 413 for the profits that will come with sprawling developments on land they already assembled along the route long before it was even approved; however, he said the government needs to be more transparent about both the environmental consequences and financial impacts to taxpayers.

If the 413 project went through it would bring more trucks and freight through Caledon. An excess of trucks is something that McNeill already sees as an issue.

McNeill is pressuring leaders to change municipal policies quicker, especially when it comes to zoning.

The 413 and the urban sprawl it will ultimately bring will pave over even more farmland than is already being threatened in the region. In April, the Region of Peel voted to approve its Official Plan to 2051 which includes an expansion of the urban boundary outward 11,000 acres. Much of the land that will turn urban is part of the whitebelt, the region’s viable farmland that could be used to grow food for the region, which is currently experiencing a food insecurity crisis.

Rising food costs are partially to blame with consumers paying 9.7 percent more for food over the past year according to the Statistics Canada Consumer Price Index for May.

With less produce grown locally, food has to travel further to market. While gas prices remain high, this will increase the price of food even more, driving up inaccessibility.

McNeill wants to change this.

This is one of the major issues that McNeill wants to fight on council.

Despite his big ideas, McNeill alluded to the fact that his voice is often one that is missing from council discussions. 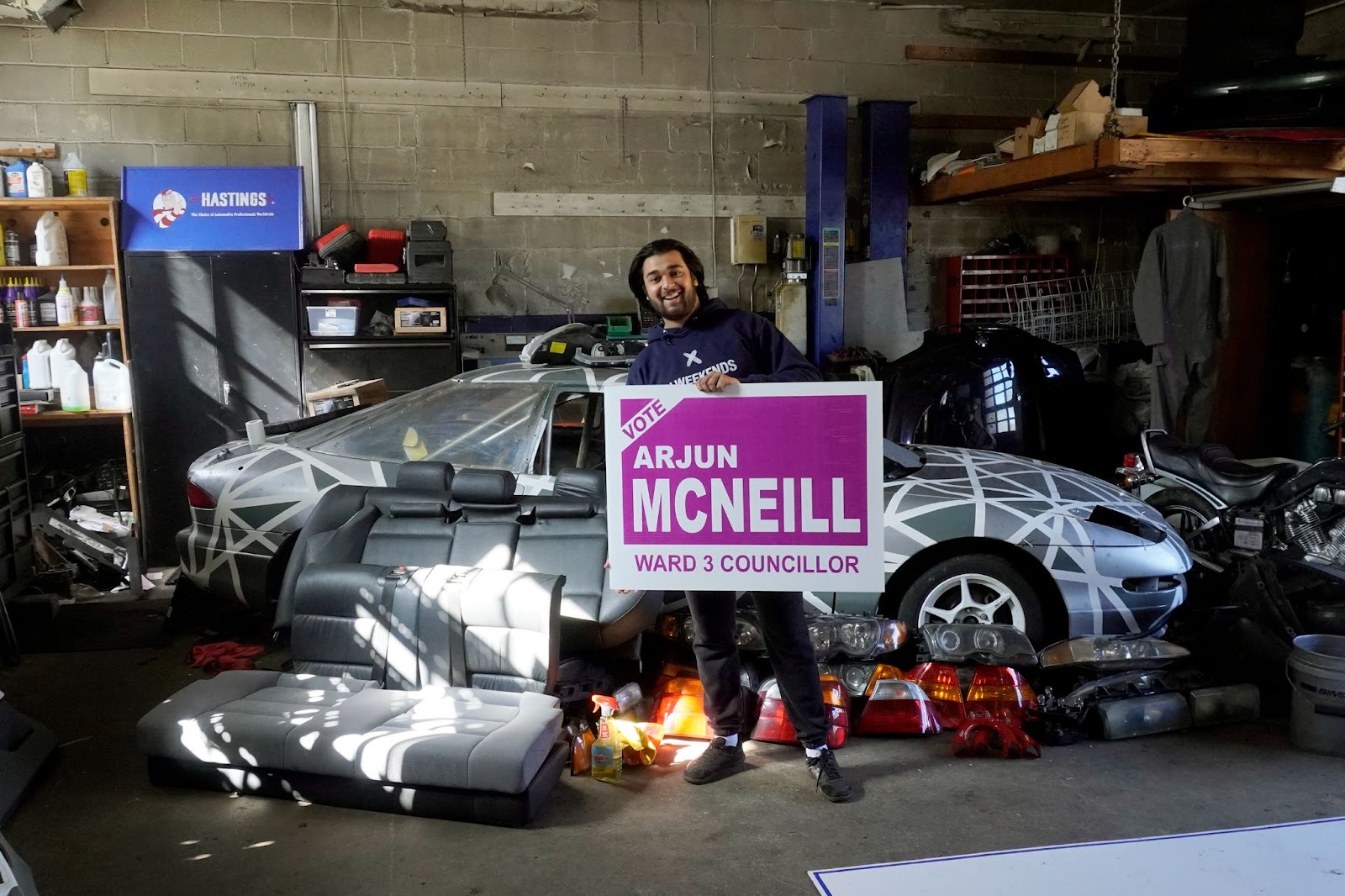 “I'm 24 and born in ‘98,” he said. “My generation, they don't care about politics, because they don't understand the power that goes into it. And then your target audience and how you're going to really market yourself and approaches before are completely different from how you'd approach it to the seniors in the older generation. So for me it's just really getting the younger people involved.”

One of McNeill’s priorities is to establish a youth council to get more young people involved in the community.

McNeill understands that there is sometimes a disconnect between older and younger people in what they think will best benefit the municipality. He said he believes that gap can be bridged.

“I honestly think that the younger people have not had a voice in Caledon for like a long time, and no one has really ever listened to them ever before. I'm one of the first younger people to run. So it's definitely shaking the chains,” he added.

McNeill said he will strive to be a bridge between the  generational divides that exist in the community and bring the voices of diverse groups of people together.

“What one person might be into, one person is not going to be into,” he said. “So it's just trying to find a way to educate and get people on the same understanding, the same level.”