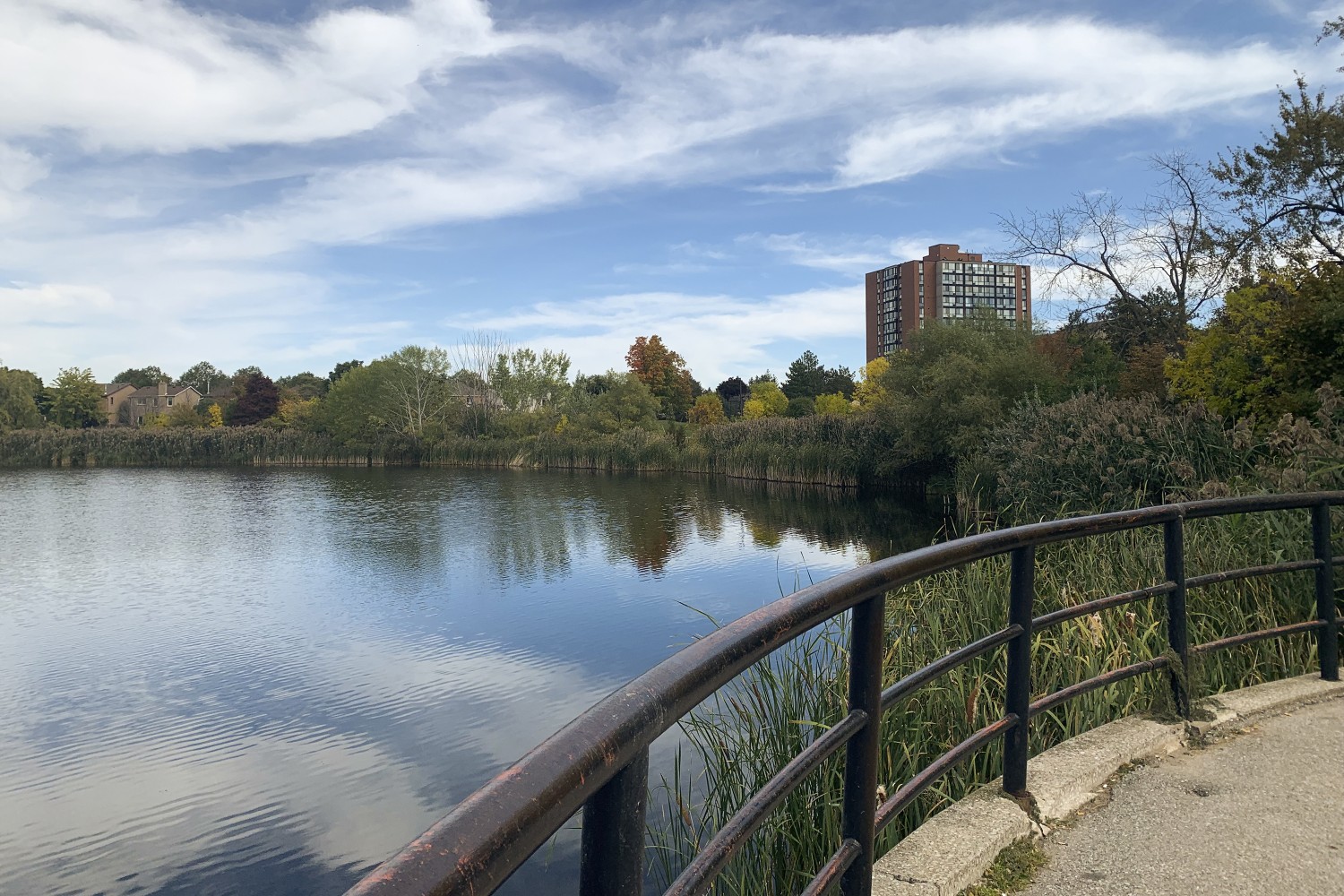 With 11 candidates vying for the seat representing the vacant council position for Mississauga’s Ward 9, the job has attracted more applicants than any other Mississauga ward race this election.

The Ward 9 race is one of three across the city without an incumbent on the ballot for the October 24 election.

The crowded field includes candidates with diverse backgrounds and political experiences to fill the seat formerly held for decades by Pat Saito.

After more than three decades as a councillor, Saito is stepping down as the longest serving member of council, following 31 years on the job.

Focusing on road safety in a rapidly growing suburb and crime prevention were top priorities for Saito, who initiated and chaired the Peel Crime Prevention Through Environmental Design Committee and was a driving force in the founding of the Mississauga Crime Prevention Association—now Safe City Mississauga.

She was also instrumental in the creation of the Mississauga Safe Driving Committee, later renamed Road Safety, and helped implement many traffic safety campaigns over the years.

Issues around speeding, traffic and parking have persisted, prompting Saito to vote against a planning application for a Mosque in 2015 – a decision that was highly controversial at the time.

She cited parking and traffic concerns as her reasons for turning down the application and has warned her successor about ongoing growing pains in a ward still dominated by the car. 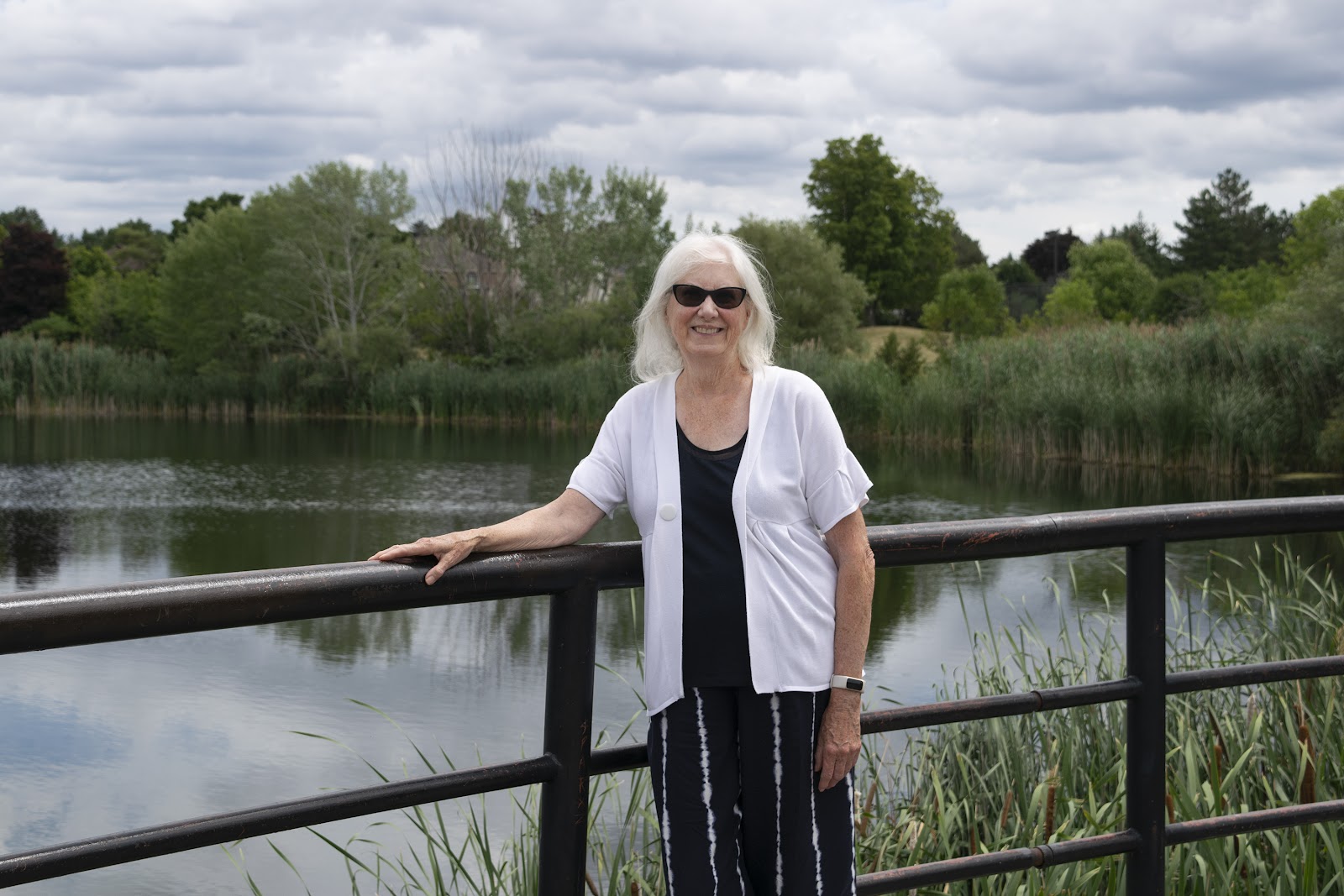 Pat Saito is leaving her post as Mississauga Ward 9 councillor after 31 years serving her community.

Located in the north west corner of Mississauga, Ward 9 includes the communities of Meadowvale and Central Erin Mills.

It is home to a mixture of residential and business areas, with dense employment located in the Meadowvale Business Park in the north end of the ward.

The successful candidate will have to respond to the challenges of changing crime patterns, traffic safety, a need for more affordable housing and many other concerns unique to Ward 9 residents.

Those vying for a seat on council for the next four-year term include:

With his “be the change” motto, Athanasius says his election manifesto is to “plan and support the amazing Mississauga community that helps change for the better.”

- Isaiah Bryant identifies himself as a volunteer and community organizer and is running his election platform on the premise of advocating for more mass transit, shaping a liveable and affordable community and a bottom-up approach to municipal engagement.

At 19, Bryant is the youngest candidate running in the election.

“In the midst of today’s anxieties surrounding cost of living, housing prices and the environment, I believe now is the time to think big, to restore a vision for our city’s future, and return to the forefront of North American city living,” his website reads.

- There is limited information available publicly on candidate Scott Chapman, who ran in the 2018 election.

- Nokha Dakroub comes into the race with campaigning experience. Dakroub currently serves as a Peel District School Board trustee for Mississauga Wards 9 and 10, a role she’s held for eight years.

As a trustee, she has led initiatives to “increase support for special education, reduce busing distances, advance numerous infrastructure projects, and was a champion for equity issues for children in the school system.” 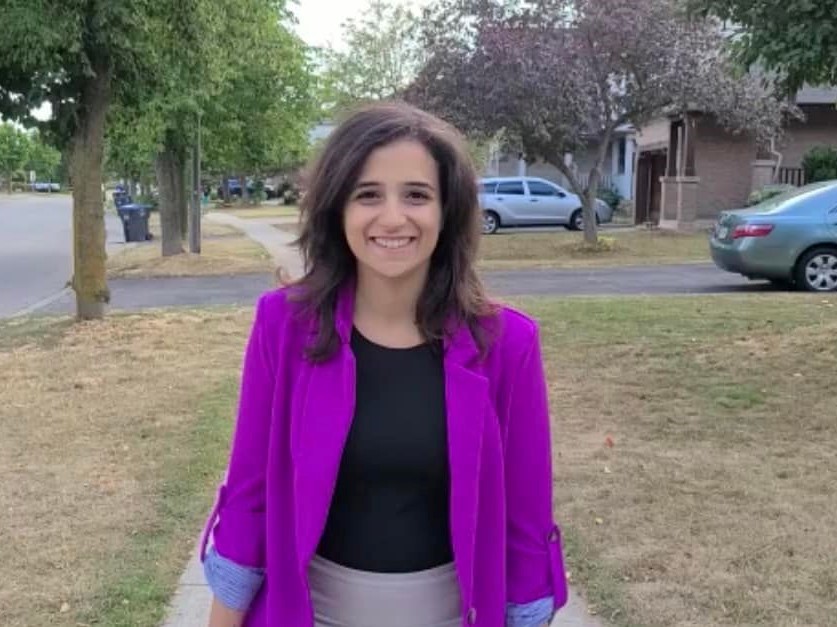 Nokha Dakroub, candidate for Ward 9 in Mississauga says her biggest priority is to maintain a family-friendly community.

She was one of the strongest voices to confront PDSB’s ongoing challenges with systemic discrimination, an issue she confronted head on.

Her priorities as a council candidate include maintaining a safe community through crime prevention, safe parks and trails, traffic safety, responsible management of tax dollars and providing strong service to residents.

“My biggest priority is to ensure we maintain a family friendly community in Meadowvale and Central Erin Mills,” Dakroub explains in a video on her website.

Delaney served the Meadowvale and Central Erin Mills communities for four terms, from 2003 to 2018.

During his time as MPP, Delaney’s accomplishments included getting the Lisgar GO Train station built and securing funding and building approval for the expansion of the Credit Valley hospital.

Delaney’s priorities for council include ensuring future development creates affordable housing options, working with hospitals to effectively serve the aging population in the community and future infrastructure improvements, among others.

“Our western Mississauga communities of Meadowvale and Central Erin Mills need a seasoned and mature veteran representative at the city level to coordinate programs, services and resources that support Mississauga families and businesses,” he wrote on his website.

- Frank Fang has had a behind the scene view of politics having served as the CEO of an electoral district association for the Conservative Party of Canada.

According to his website, Fang promises to “communicate with each constituent about matters important to them, listen and act responsibly, [and] work and be there for you and your family.”

His priorities also include “increasing awareness of social issues and connect students through volunteering opportunities [and] involving more constituents to participate in decision making for the ward.”

- Len Little has previously run for the Ward 9 position, first throwing his hat into the race in 2010 and again in 2014.

A resident for over 30 years, Little and his wife Lucy founded and operated Lucy’s Seafood Kitchen for over 20 years. The business was actively involved in charity events through the years.

Through his community involvement, Little was awarded the Queen Elizabeth II Diamond Jubilee Medal for Outstanding Community Service, according to his website.

“I strongly believe in an open democracy [and] meritocracy,” his website states. “It does not matter where the best ideas come from, it only matters that we adopt the best ideas and practices.”

- Peter McCallion, son of long time Mississauga mayor Hazel McCallion, may be one of the more controversial candidates running for the Ward 9 position.

Peter was involved in a $1.6-billion downtown hotel-convention project deal in 2010 that eventually led to accusations of conflict of interest against his mother who was still mayor at the time.

The deal was subject to a judicial review, which concluded Hazel’s actions were a “real and apparent conflict of interest” as she lobbied behind the scenes to get the deal done.

Later, in 2014, Peter also pleaded guilty to 15 counts of failing to file personal and corporate taxes and was ordered to pay a $15,000 fine. He has also faced troubles as a real estate broker, having his licence suspended twice for violations.

There was no information publicly available about Peter’s platform or priorities.

- Nicholas Rabba, a small logistics business owner, is another candidate with experience working in politics. Rabba previously ran as the NDP candidate in Mississauga-Streetsville in the most recent provincial election.

He ran on a platform of good wages, well-funded social services and affordable housing. 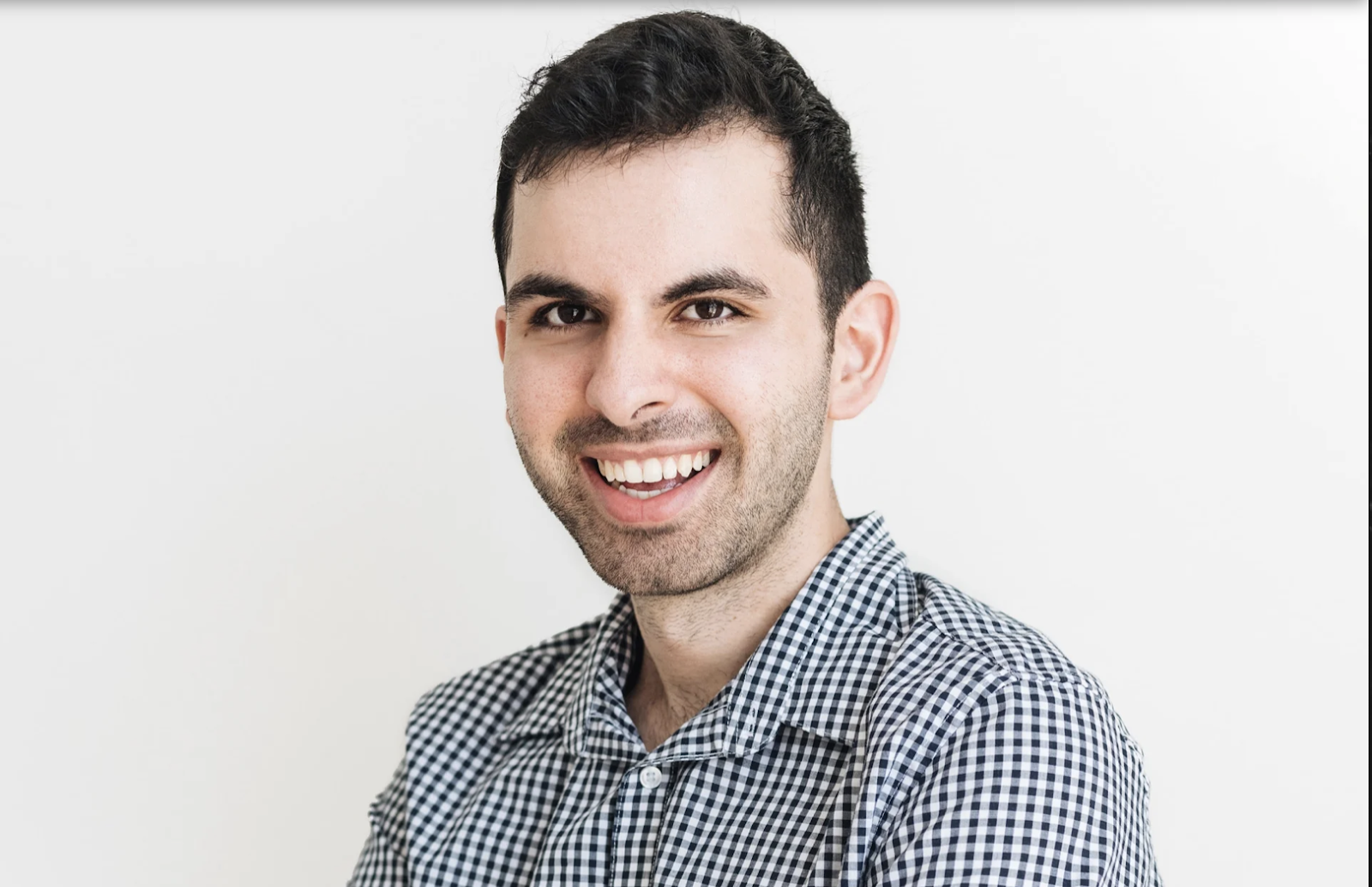 Ward 9 candidate Nicholas Rabba priorities are creating homes for working- and middle-class families, solutions to address the healthcare crisis and building a community.

“I have a plan to fix hospitals, to house every person in our city, and to build a community for our kids,” a July 22 post on Rabba’s Twitter reads.

His platform for Ward 9 focuses on homes for working-and middle-class families, solutions to address the healthcare crisis and building a stronger community.

“Mississauga has the wealth to guarantee good housing, good education, healthcare coverage, and a comfortable retirement that doesn’t break the bank,” his website reads.

- Martin Reid, a Mississauga resident of over 40 years, has been officially endorsed by outgoing councillor Pat Saito, who’s held the Ward 9 position for over nine terms.

“Martin will be getting my vote on election day and I encourage you to find out more about him and what he will bring to this job,” reads a quote from Saito on Reid’s website. “Let’s get Martin working for us for the next four years as our new councillor.”

In 2020, Reid was selected to be one of the 12 members of mayor Bonnie Crombie’s Black Caucus.

Over the past two years, the caucus has been advising the city on reducing systemic barriers to enhance well-being within Black communities and throughout the city.

“It is my hope that people celebrate the opportunity to vote for someone who lives in Ward 9 and has seen the evolution of this community through the lens of a student attending local public schools, a husband looking for a house for his future family, and a parent trusting the neighbourhood is safe enough for his kids to walk to school,” Reid’s website states.

Reid’s priorities are on housing, education, neighbourhood safety, health and wellness, business and employment, and traffic and road safety.

“I am easily approachable and available to hear your point of view,” Shabbeer states on his website.

“I would like to discuss and solve the issues like tax hike, snow removal, grass cutting, garbage collection, improvement of children’s play places, maintenance of footpaths, cleanliness of parks, maintenance of streetlight and fight against street crimes.”