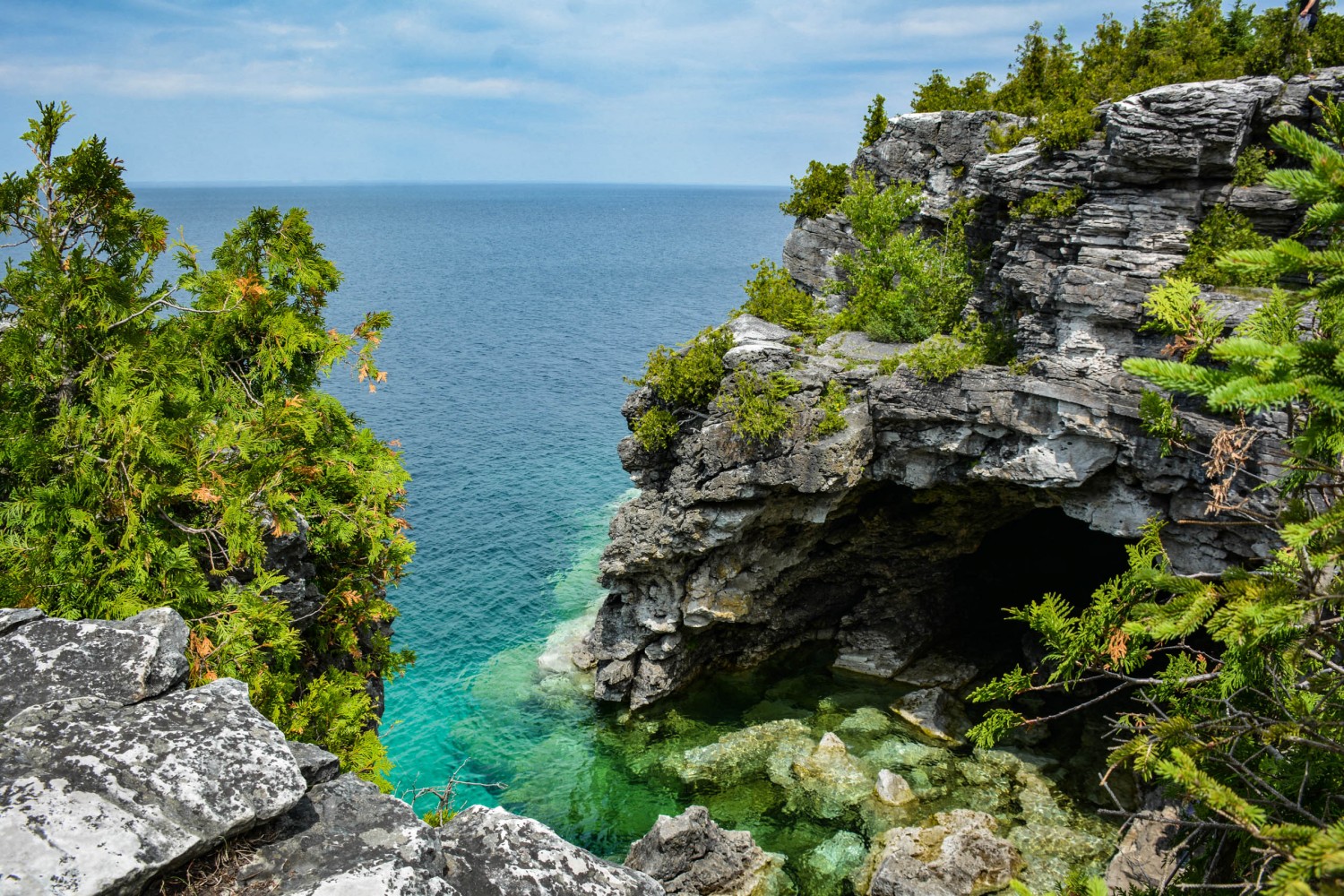 “The Great Lakes shape our region and our way of life.”

They have been doing so for centuries, and as the Great Lakes Commission states, this vital freshwater ecosystem is crucial to the future of all life that has thrived in the massive geological basin.

These five distinct lakes, carved out by the mile-thick Laurentide glacier as it melted some 20,000 years ago, have been the lifeblood of the world’s largest freshwater ecosystem for thousands of years, holding about a fifth of the world’s fresh surface water supply.

In the 1600s, after protecting the land for millennia, approximately 20 First Nations relied on these lakes and the surrounding wetlands, marshes, creeks and other tributaries—and the abundance of life they sustained—to support their hunting and gathering civilization.

Now, this region fosters a $6 trillion regional economy, supports approximately 1.5 million jobs in the United States alone and provides source drinking water for more than 28 million people, according to estimates from the Commission, the organization responsible for managing the protection efforts for the Great Lakes.

The lakes are key spokes in the economic wheel of cities that line their coastlines, supporting manufacturing, agriculture, transportation and energy production, while tourists flock to the region’s vast expanse of shoreline.

But as Rachel Carson noted in her foundational work Silent Spring which triggered the modern environmental movement: “In the midst of this plenty, we are in want.”

The popularity and utility of the Great Lakes is at times their downfall, as human connection to these lakes in the post-industrial age has created some of their most dire threats.

They will be discussed during the Great Lakes Forum in Niagara Falls from September 27 to 29. The event, hosted by the Great Lakes Commission every three years, looks to bring together governments, watershed management agencies, First Nations, and other stakeholders from around the Great Lakes to discuss progress on protecting this vital resource and to hear from the public.

This year marks the 50th anniversary of the signing of the Great Lakes Water Quality Agreement, a pact between governments of the U.S. and Canada which “identifies shared priorities and actions needed to restore and protect the Great Lakes.”

For years, scientists have known that a confluence of threats are placing significant pressure on Huron, Ontario, Michigan, Erie and Superior, including chemical contaminants, erosion, habitat loss, invasive species and more recently the emerging impacts of our changing climate.

Many of these factors are linked to the increasing presence of humans around the Lakes. According to the 2021 State of the Great Lakes report—a document that will receive public comments over the next three days of the Forum—the number of people living in the Great Lakes basin has increased by 26 percent since the 1970s, “resulting in significant changes to watershed land use.” 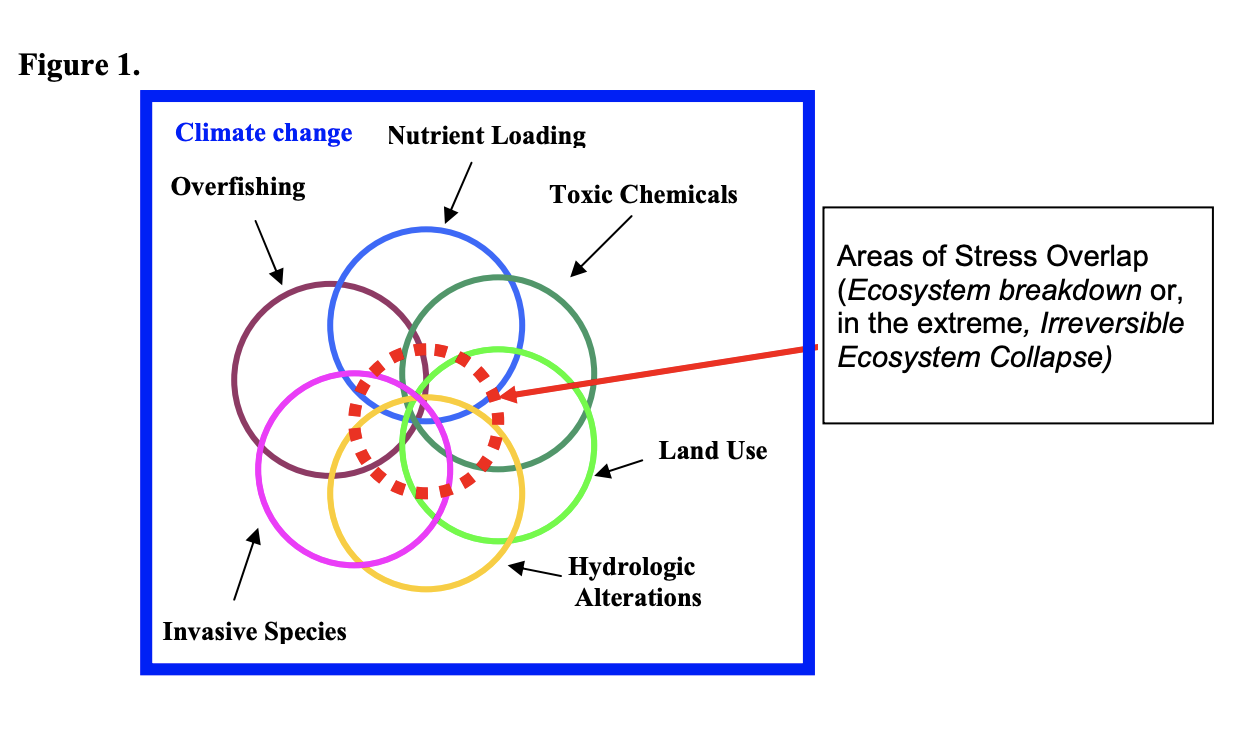 The number of threats impacting the Great Lakes continue to grow, and when too many of them begin to overlap, it could have drastic consequences.

A large portion of this loss occurred in the GTA.

The “Great Lakes Basin” consists of the cities and towns surrounding the Great Lakes whose runoff drains directly into them. This includes the states of Illinois, Indiana, Michigan, New York, Ohio, Pennsylvania and Wisconsin in the U.S. and the province of Ontario in Canada.

So while the agenda for the three-day conference includes discussions about the impacts of climate change, managing invasive species, restoring water quality and ecosystem health, along with progress made on previously set goals, much of the discussion will relate to how to manage this vulnerable ecosystem amid continued pressure from the intensifying Greater Toronto Area.

The 2021 State of the Great Lakes report is the result of work from a conglomeration of scientists from 110 government and nongovernment agencies that reached a consensus that the Great Lakes are considered to be in “fair” condition, a state that remains fairly stable thanks to the continued preservation efforts ongoing across the basin to manage contaminants, and stop the introduction of new invasive species.

But in many ways, the Great Lakes are an array of dichotomies. While efforts have been successful at limiting the introduction of new invasive species—in large part thanks to programs designed to manage the ballast water of incoming ships—efforts to stop the spread of invasive species already present have not been as successful. Efforts to control contaminants like PCBs—a man made, cancer-causing chemical that is now banned—have resulted in significant declines in the presence of these carcinogens in the Great Lakes basin since the 1970s, but other concerning chemicals like perfluorooctane sulfonate (PFOS), and polybrominated diphenyl ethers (PBDEs), both labelled toxic chemicals by the Government of Canada that can have serious health impacts on humans if exposed to vast quantities, are still being found in Great Lakes water, sediment, fish and Herring gull eggs at levels above set objectives. And while basin-wide efforts have been successful at reducing algal blooms, recent years have seen a resurgence due to the pressure caused by invasive species, land use changes and climate change.

With the GTA expected to absorb a large portion of Ontario’s population growth over the next two decades, resulting in the conversion of more land for housing and other development, the pressure on the Great Lakes is set to increase.

Just looking at the Region of Peel’s official plan approval paints a picture of how the decisions made by municipalities around Lake Ontario—even those who don’t share its coastline—can have significant impacts on the Great Lakes basin.

In a controversial decision earlier this year—one not supported by a large number of residents, environmentalists, and urban planning experts—regional councillors expanded Peel’s urban boundary by nearly 11,000 acres. This gives developers the green light to move forward with converting this farmland and greenspace into subdivisions and commercial land. It is mostly unknown what impact this land conversion will have on the Great Lakes basin. But any changes in the northern reaches of Peel’s watershed—which is in fairly pristine condition and helps support the southern portions closer to Lake Ontario that have been degraded by urban development—have the potential to trigger drastic consequences for the entire watershed. Similar impacts could result should Premier Doug Ford and his PC government get the go-ahead from the federal government to construct Highway 413. If the mega-highway is ever constructed through the Greenbelt, crossing 27 different waterways—many of them flowing down into Lake Ontario—it would have a significant impact on the Great Lakes watershed.

“Tributaries play an important role in transporting surface water, however, watershed land use and stressors directly impact water quality in receiving tributaries,” the State of the Great Lakes report reads. “Water quality data from 72 Canadian Great Lakes tributaries were evaluated using an index based on ammonia, chloride, copper, iron, nitrate, nitrite, phosphorus and zinc. The results of the index scores confirm that overall tributary water quality is influenced by land use with poorer scores typically being seen in more urbanized or agricultural watersheds.” 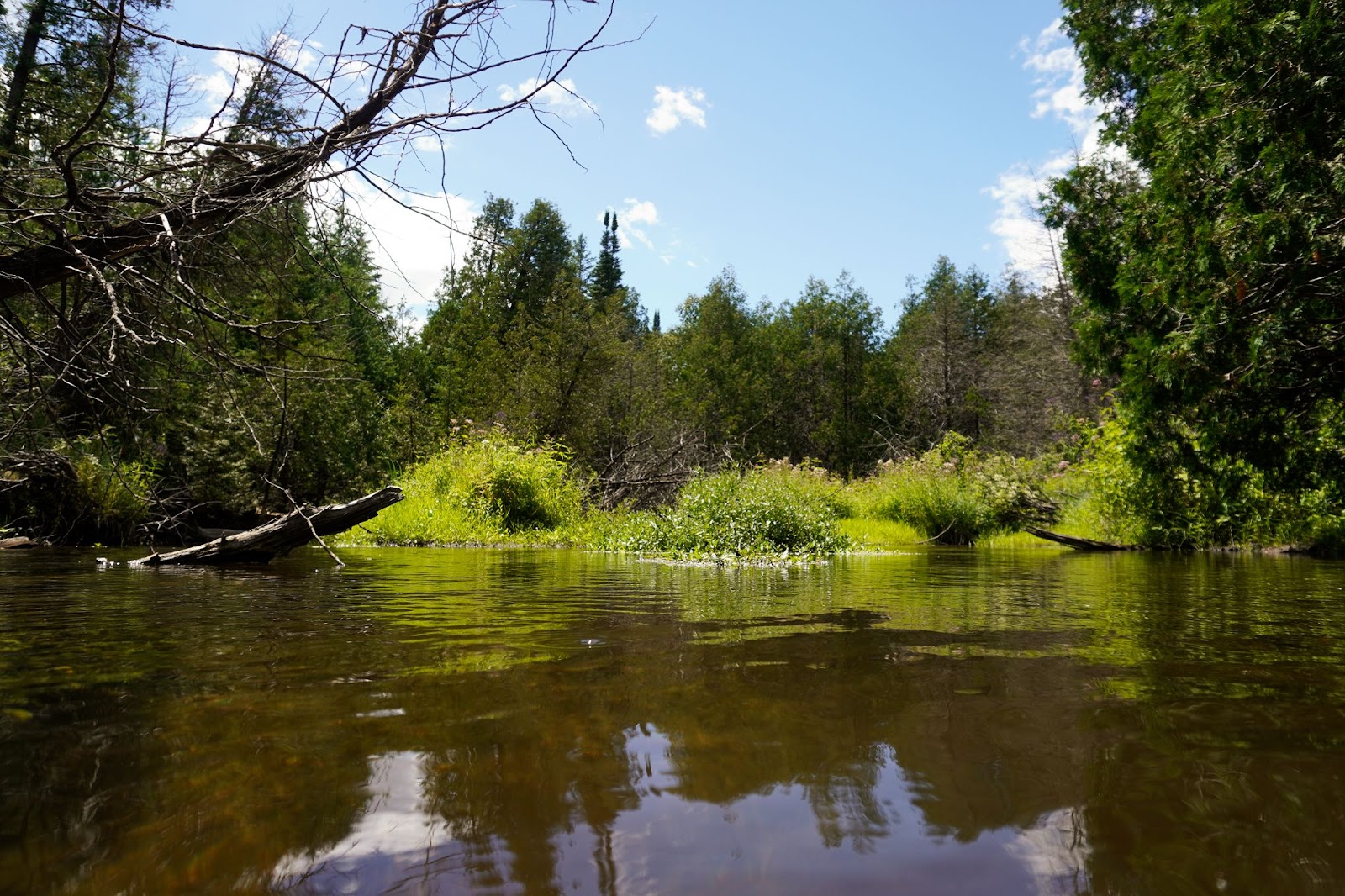 If tributaries like the Credit River continue to be degraded by urban development, that degradation will eventually seep into the Great Lakes basin.

And the true extent of potential stressors remains unknown. As the report notes about algal blooms, that certain areas of the Great Lakes are not subject to routine monitoring, “which limits our ability to determine the extent of the problem and track changes over time,” the report notes.

Further information about the Great Lakes Forum can be found here.