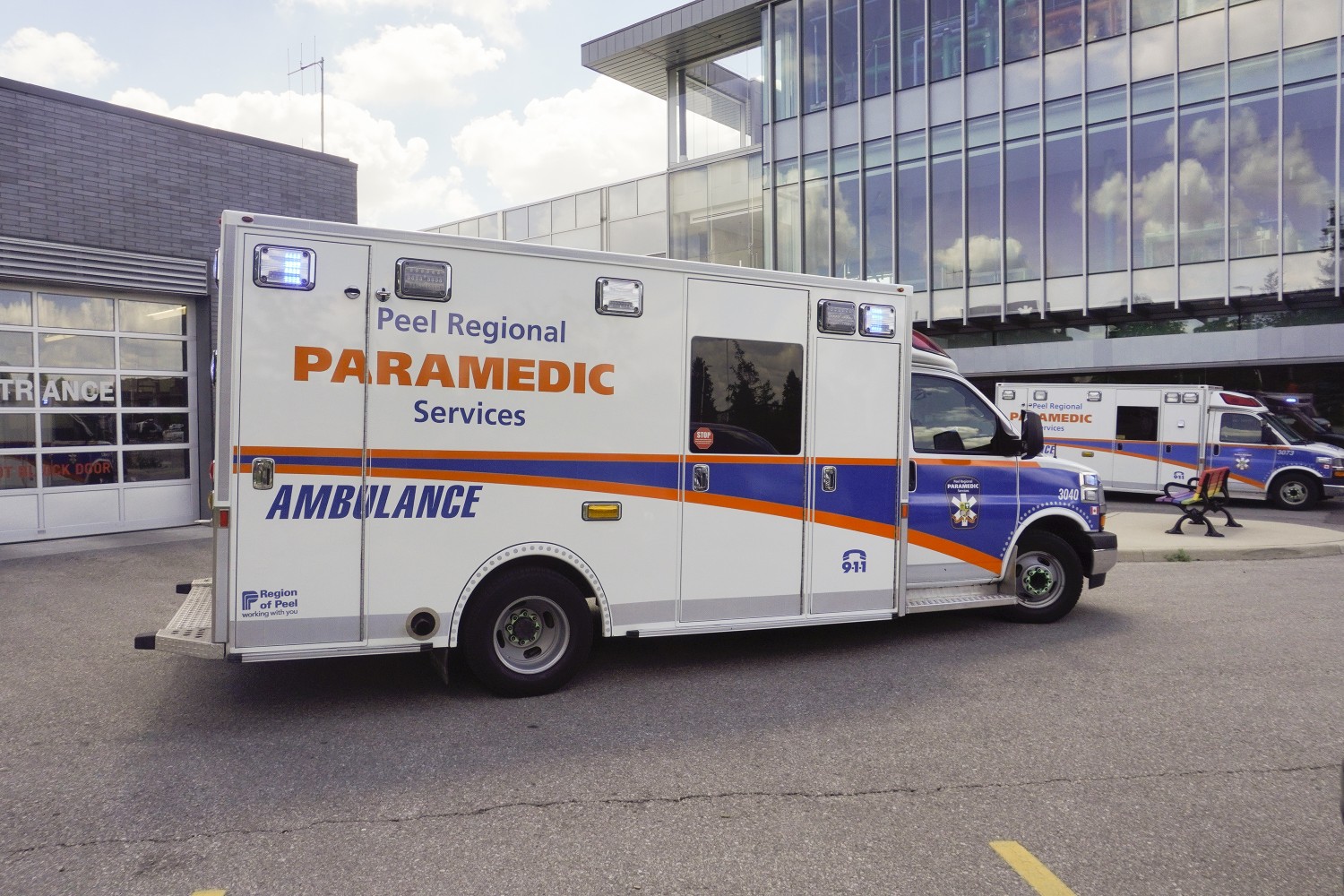 New data from Peel paramedics paints a disturbing picture of the workload the region’s first responders will be forced to shoulder in the coming years.

Between 2005 and 2021, calls to Peel paramedics increased 107 percent from approximately 68,000 to nearly 141,000. Calls are projected to increase a further 12 percent in 2022 based on the spike recorded between January and March of this year.

“Peel Paramedic Services will continue to grow at a steady pace, with the same areas in the Region anticipated to experience high call volume densities by 2036,” a report to regional councillors in June details. Those areas include the downtown core of each of Peel’s three municipalities, the Hurontario Street corridor as it continues to intensify, along with the Main Street and Queen Street corridors in Brampton, along with Bolton.

To meet the growing demand while continuing to meet industry standards for response times, an influx of funding is needed between now and 2030. Peel’s paramedic service estimates 201 ambulances will be required to bear the burden of calls—an increase of 67 ambulances beyond the current 2021 fleet—in addition three new reporting stations and five satellite stations will need to be constructed to ensure paramedics are evenly distributed across the growing region. A fleet of nearly 250 will be required by 2036.

An immediate problem is the bottleneck at all of Peel’s hospitals, currently crippled by a frontline crisis being experienced across much of Ontario as staffing shortages create alarming conditions.

Paramedics are already losing thousands of hours at hospitals, unable to transfer patients in because emergency departments have no room to treat them.

Until the hospital capacity crisis is solved through increased funding from Queen’s Park, the bottleneck for paramedics will only increase, especially when they receive more funding to expand their operations across Peel.

Reporting stations are full service facilities where paramedics begin and start their shifts, ambulances are stored, cleaned and stocked, and team meetings are held. A new reporting station costs approximately $38 million. Satellite stations function more like “posts'' where paramedics stage themselves during shifts in order to provide quick responses across the region.

A report released last year estimated a capital investment of $139.6 million would be required between 2021 and 2030 in order to add new reporting and satellite stations and expand the ambulance fleet to be able to effectively respond to Peel’s growing needs.

Ahead of the summer recess, councillors approved the latest allocation of funds to ensure this expansion remains on track. Council has approved the immediate addition of two new ambulances—at a cost of $953,000—and the hiring of 22 full-time positions at a cost of $3.34 million.

The pressure is already starting to impact paramedic response times in Peel, underscoring the importance of the recent investment.

For Code 4 calls—those of the highest urgency requiring a lights and sirens response—times for Caledon are 1 minute and 25 seconds faster on average than 51 other rural comparators. But in Brampton and Mississauga, which is absorbing the vast majority of Peel’s growth currently, response times are below other urban averages—37 seconds behind in Brampton and 47 seconds in Mississauga. The report notes these comparators are not always completely accurate as different municipalities use different operation models, dispatch tools and have different population distributions and workloads. 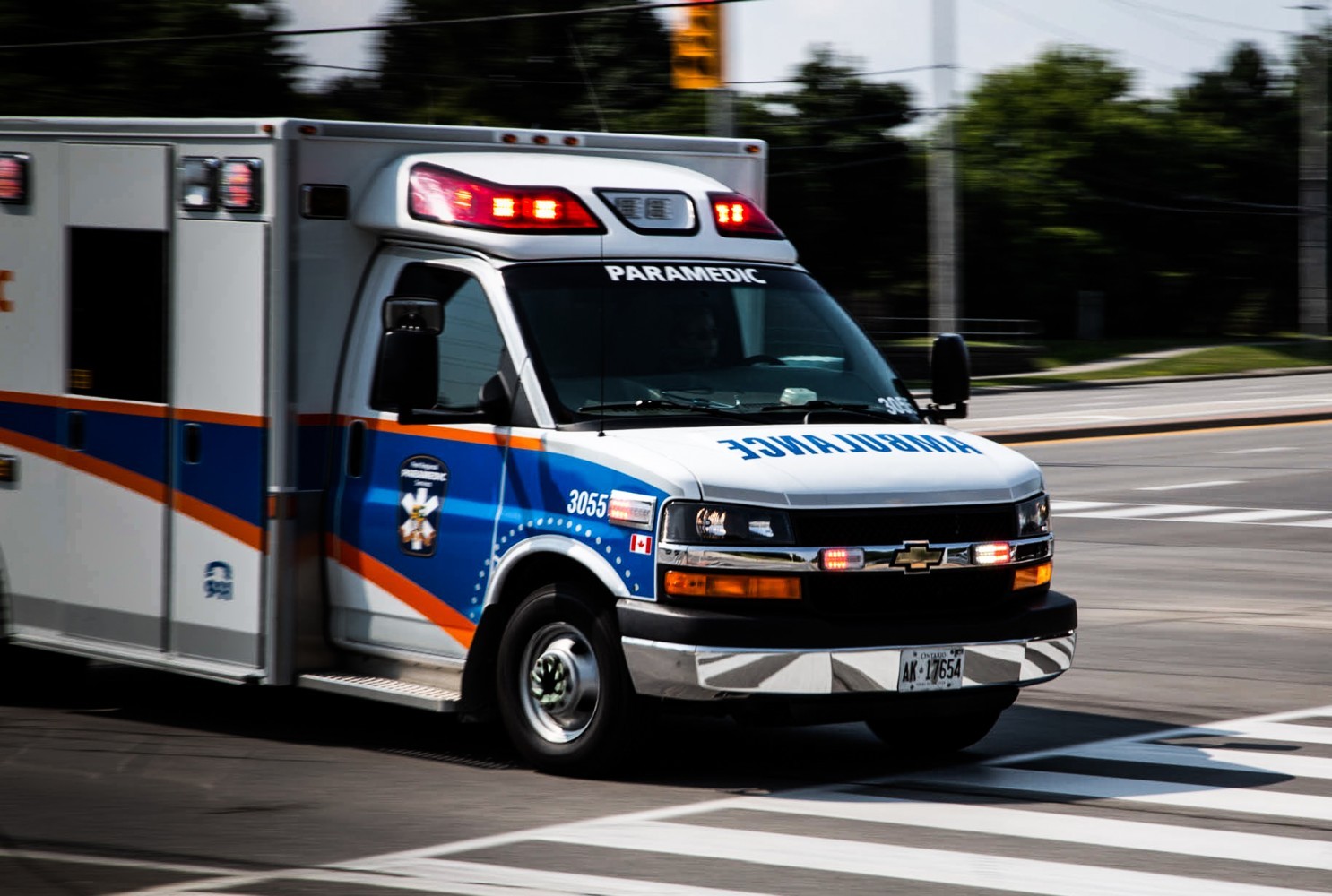 The calls for service for Peel paramedics are expected to continue on an upward trend as the Region of Peel’s population balloons.

Mississauga Councillor Carolyn Parrish asked whether the additional staff would actually be enough to stem the increasing pressure.

“Are the 22 new hires enough? Or is this just enough to get us through this period and hope it settles down after COVID?” she asked.

According to Nancy Polsinelli, the Region’s commissioner of health, this will be the first of many asks in the years ahead.

“We have a little more work to do before we come to council to request more,” she told councillors in June. The motion to approve the additional resources carried unanimously.

Along with additional on the ground resources to meet the healthcare demands of Peel’s growing population, the paramedic service is also pursuing innovative methods to deliver services. This includes community paramedicine, which looks to provide more care in the home as opposed to repeatedly taking people to overburdened hospitals; and new technologies, such as drones, which can deliver life-saving tools like AEDs in the event of a cardiac arrest in an isolated part of the region. Between three and four times a day, Peel paramedics are called to a cardiac arrest.

While Peel pours money into its paramedic service there continues to be issues when paramedics interact with other aspects of Ontario’s struggling healthcare system.

For example, Peel paramedics have recorded an increase in what is called “offload delay”, the amount of time it takes to transfer a patient from ambulance to hospital. This process typically takes around 30 minutes and anything beyond that is considered unnecessary delay. According to a Region of Peel report, there has been a “marked increase” in offload delay over the last two years, with the amount of lost hours increasing approximately 14 percent from 40,875 hours in 2019 to 46,364 hours in 2021. This trend continued in the early months of this year with data showing a total of 2,650 hours lost—more than half at Brampton Civic. Approximately 1,200 hours were lost at Brampton’s lone full service hospital, or the equivalent of 100 ambulances waiting a full 12-hour shift at the hospital with patients stuck in limbo, the report states.

“Despite Paramedic Services’ and all three Peel-area hospitals continuous efforts to reduce offload delays, these added delays reduce the availability of paramedics to return to the road to provide coverage following transfer of patient care,” the report points out.

More recent data is unavailable, but with Ontario hospitals currently under tremendous strain due to a lack of available staff, continued pressure from patients battling COVID-19, and juggling a growing surgical backlog, it’s safe to assume these delays have only continued, or gotten worse over recent weeks.

At the end of July, a spokesperson for the William Osler Health System told The Pointer that Brampton Civic had been operating under code gridlock for the previous 31 days straight. At Mississauga’s two hospitals run by Trillium Health Partners COVID-19 alone has caused nearly 100 staff members to be off work.

“There’s no denying the healthcare system is under immense pressure. We’re at historic highs for key indicators such as ambulance offload times, ALC (alternate level of care) rates & admissions to hospital from the ED,” reads a tweet from the Ontario Hospital Association on July 18, adding the system is “being stretched like never before.”