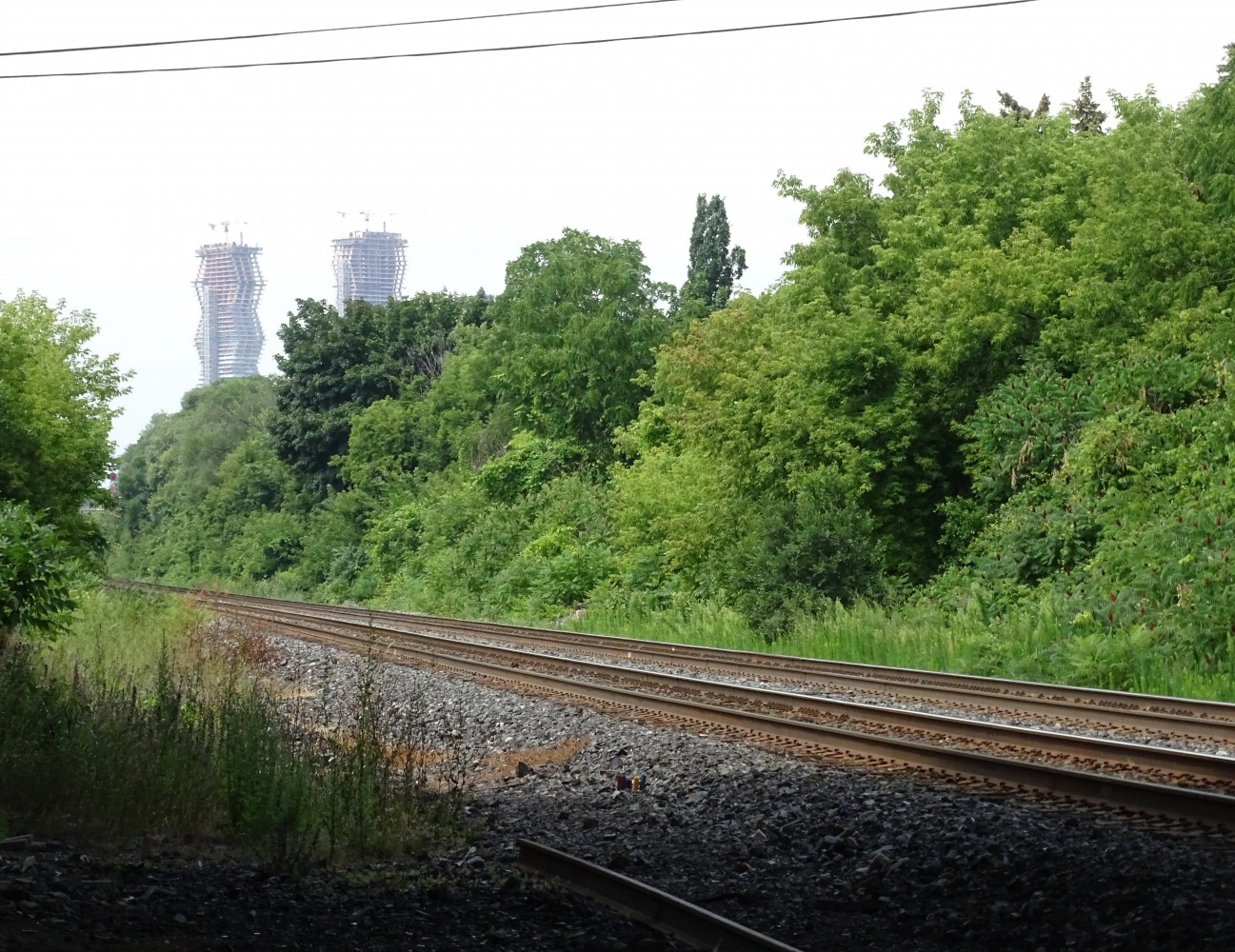 On Tuesday evening a GO Train travelling westbound on the Milton Line struck a four-year-old girl.

At about 7:40 p.m. July 26, Peel Regional Police (PRP) were called to the area of Dundas Street and Cawthra Road in Mississauga to assist Peel Paramedics as they tried to save the child’s life. Unfortunately, due to injuries, the child was pronounced dead shortly after. Her identity has not been released.

On Wednesday the Transportation Safety Board of Canada (TSB) announced it, along with Canadian Pacific (CP) Railway and Metrolinx are investigating the incident.

“Metrolinx is assisting with the investigation into this incident,” spokesperson James Wattie said. “That includes questions surrounding the protections around rail lines. There are many aspects to rail safety, and investigators will look at all the factors. Safety is always our top priority.”

On the night of the accident, witnesses say they heard the train’s horn blare out for an extended period of time before the sound of the brakes. One person told media he saw three kids screaming and a woman running toward a child on the ground just after he heard the train and called 911.

The rail corridor is used by Metrolinx for the Milton GO Line but it is owned and operated by CP Rail, according to the Ontario government website; CP is responsible, according to the Railway Safety Act, for installing and maintaining fencing.

The City of Mississauga is cooperating with investigators and has advocated to CP for future safety measures along all tracks throughout the municipality.

“The safety of our residents is always our top priority,” Irene McCutcheon, a Mississauga spokesperson, told The Pointer in an email. “We will work with all parties including Metrolinx and CP Rail in every way possible/as needed to review current safety protocols and determine the need for any additional safety measures.”

Trains, similar to cars, use specific speeds in certain zones. Metrolinx told The Pointer the zone where the accident occurred limits trains to 60 miles per hour, or 96 km/h.

On Wednesday morning CP workers were seen patching up large sections of fence in the area.

“Typically, the owner of the rail corridor is responsible for fencing the corridor,” Wattie told The Pointer. 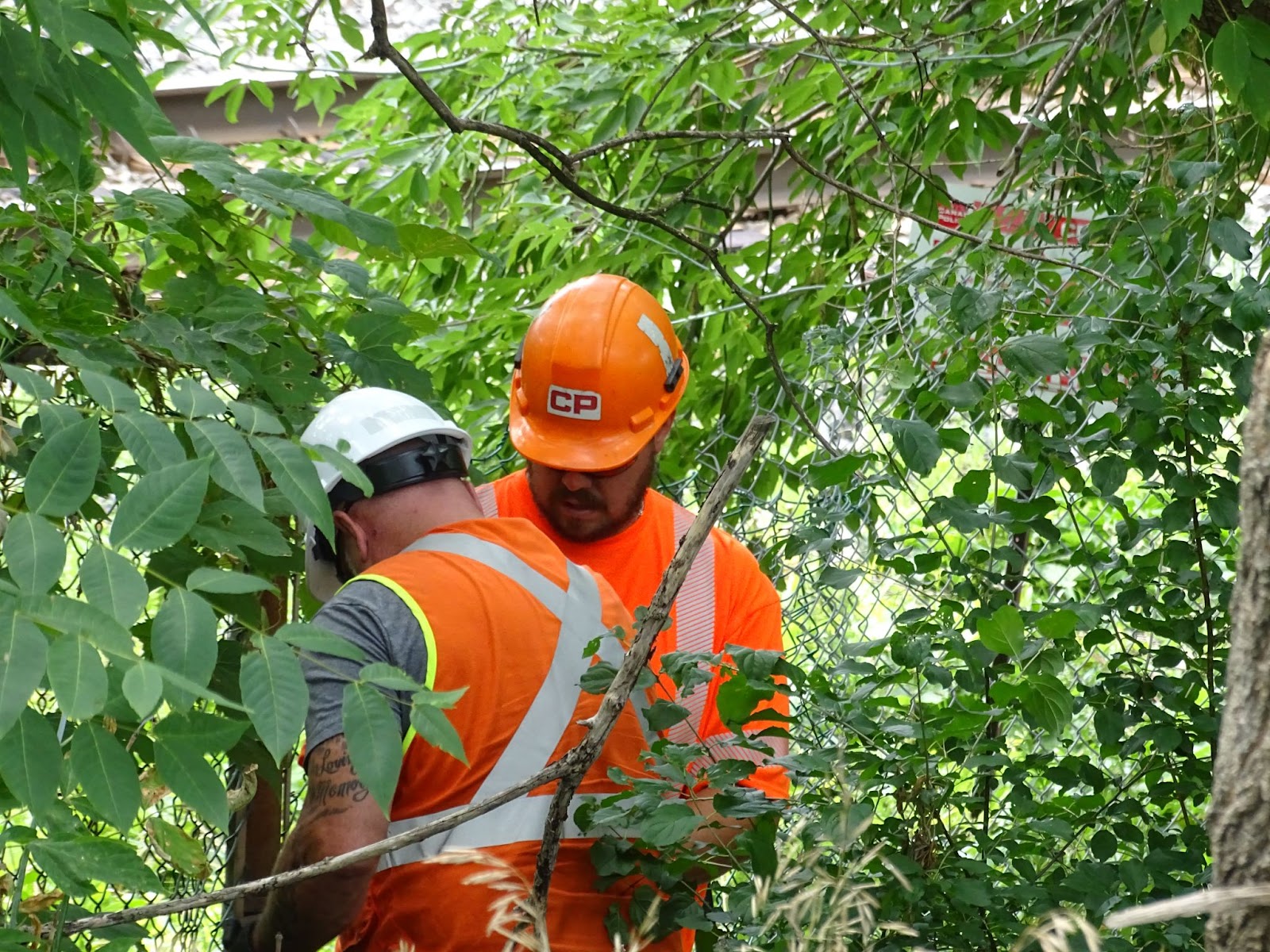 CP Rail workers patching up large sections of fence along the rail corridor where a young girl was killed Tuesday. Sections on both the north and south side of the tracks were repaired.

The accident happened near the Dundas Street bridge, where Hensall Circle loops underneath. Industrial spaces, warehouses and small businesses line the south side of the tracks. Two auto body shops share a fence with the railway and look out to the north side where high rise residential buildings stand.

On the north side of the tracks, a Peel Condominium Corporation apartment building shares a backyard with the railway. According to one resident who spoke with The Pointer, a large gap existed in a section of fence leading out to the tracks, for at least the last two years. She first noticed the missing link when her dog almost escaped through the section onto the tracks, she said. 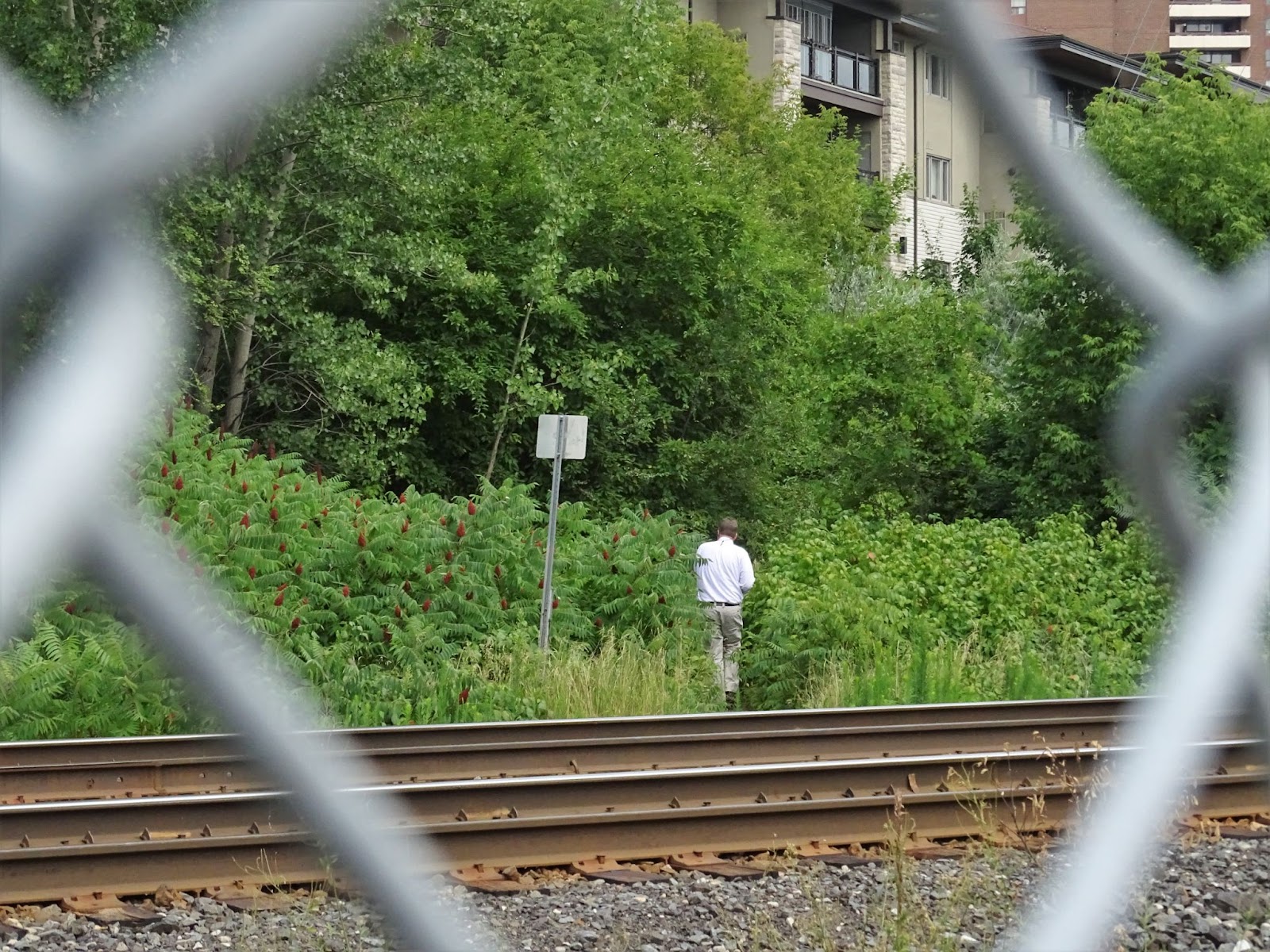 A railway inspector is seen crossing over the well-used path on the north side of the tracks, July 25.

On the south side of the tracks there is a makeshift pathway which residents say people use as a shortcut to get across the tracks. It is unclear if CP was aware of the gaps in the fence prior to this incident.

The Pointer reached out to CP for comment but did not hear back in time of publication.

Residents who live in the Peel condo told The Pointer they did not believe the child was a resident in the building, although they could not be certain, since many people have been moving in recently.

Above Hansall Circle, the Dundas Street bridge is supported by a large concrete wall. At the end of the wall there is a gap where it meets the fence. When The Pointer attended the scene CP workers had not yet patched up the area. 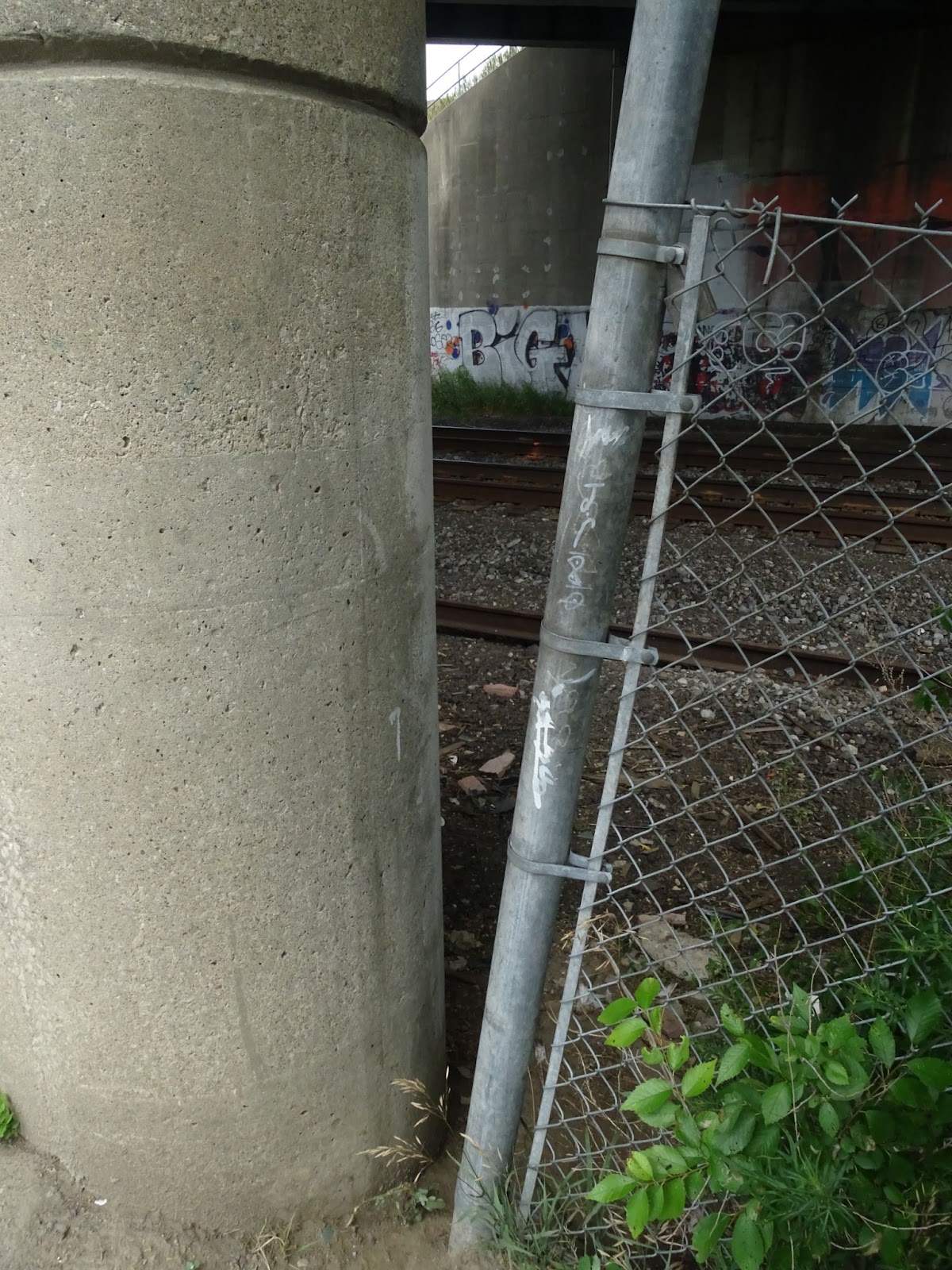 The Dundas Street bridge above is supported by large concrete walls. This section of fence continues east toward Toronto. The gap is large enough for an adult to fit through.

The horrifying incident has raised a lot of questions about railway safety and how to prevent tragedies like this from happening again. In May, Metrolinx shared a video of a GO Train on the same set of tracks blaring its horn at a group of young people running along the tracks. In a scene reminiscent of Stephen King’s Stand by Me, the video shows the youths running away from the train before one of them jumps out of the way, the locomotive narrowly missing him. 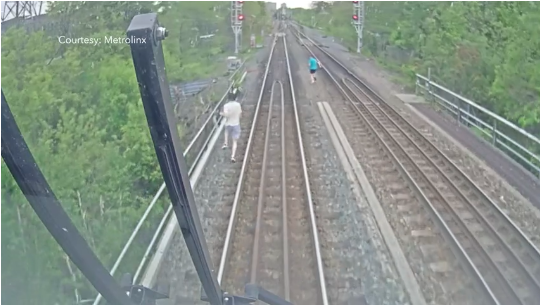 A screengrab of the video footage filmed from the front of a GO Train as it passed over the Humber River in May. Nobody was hurt in the near-miss.

According to the transit agency, highlighting the hairy incident was its way of promoting railway safety, hoping the close call would spark discussions with parents and children.

Operation Lifesaver (OL), an organization educating Canadians on the dangers of railways, says in 2022 there have been 27 fatalities related to trains across the country. In total 102 incidents involving railway crossings and trespassing have been recorded by the organization. 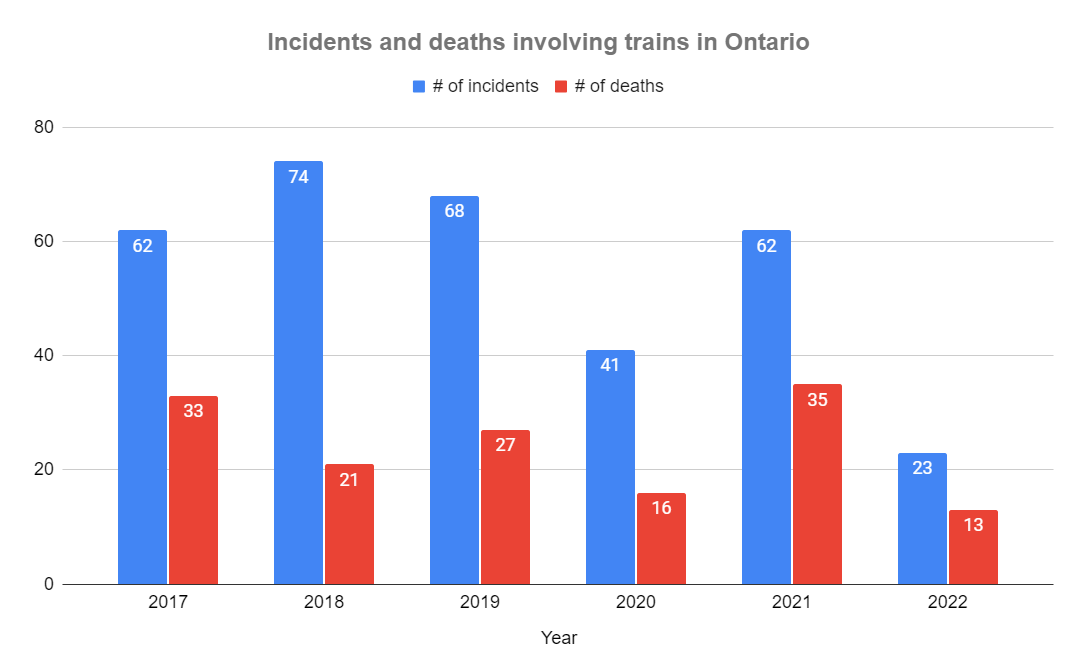 (Graphic by Natasha O’Neill with data from Operation Lifesaver)

Over the past five years there have been almost one fatality a month involving GO trains, Wattie said.

“The majority of these are, unfortunately, intentional acts/suicide,” he said.

The day before the fatal crash in Mississauga, on July 25, Transport Canada announced funds to improve rail safety across the country, aligning with the TSB’s recommendations regarding a train derailment in British Columbia in 2019.

One of the recommendations is for Transport Canada to audit targeted areas of the CP Railway by August 2022 to assess potential safety issues.

These investigations could provide better understanding of unsafe areas along rail corridors and prevent further accidents.

Other revisions will affect pre-departure inspections and periodic maintenance of brakes on trains, especially during cold temperatures when equipment malfunction can occur.

By September the government plans to launch a collaboration with railway companies to consider the design and safety features of automatic parking brakes. 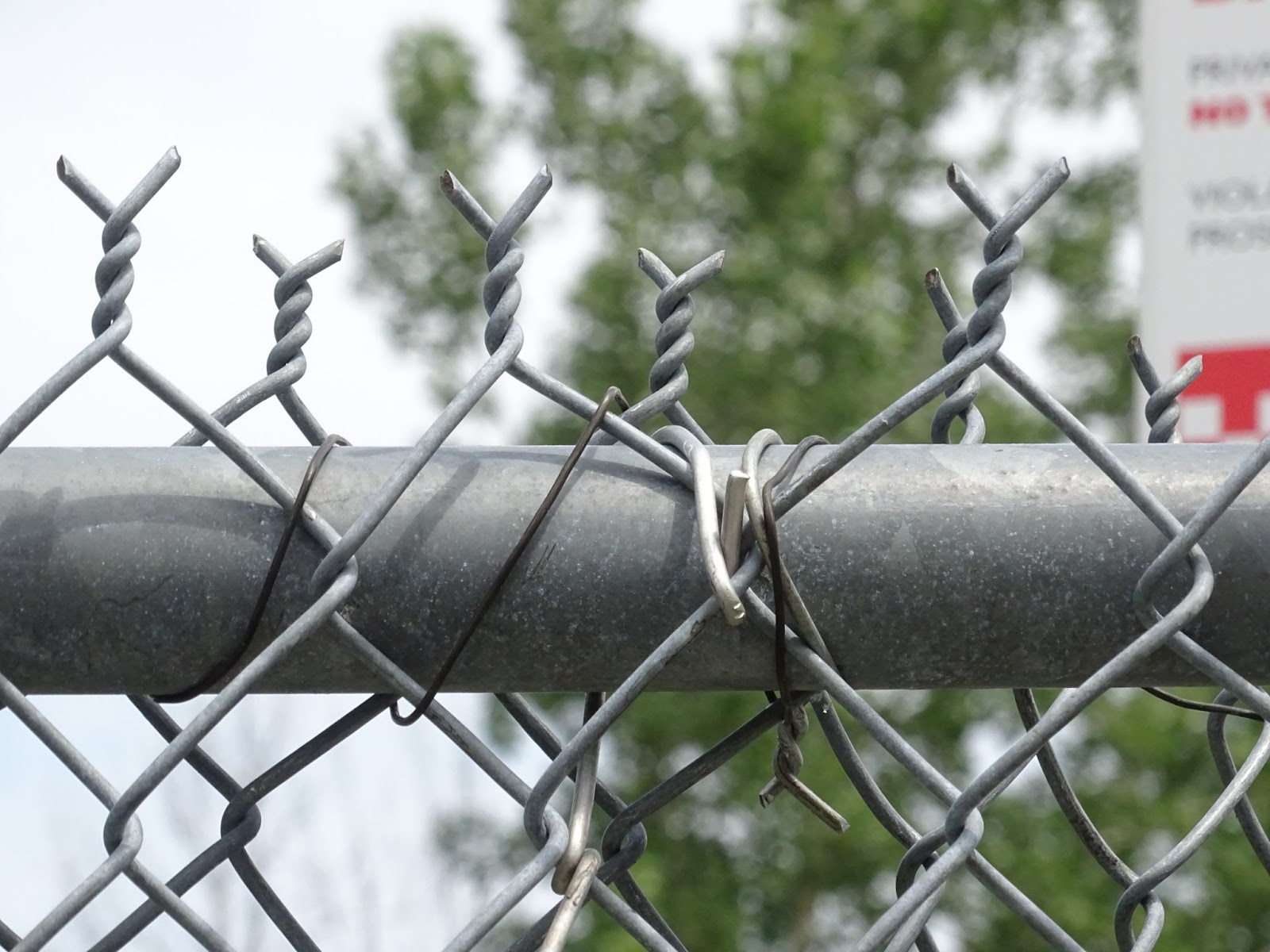 The fence repairs by CP workers occurred after a young girl was killed on the tracks Tuesday.

“The Infrastructure, Technology and Research component has an enhanced focus on addressing the needs of communities… This component focuses on supporting a wide range of eligible safety improvements, including improved lighting, upgraded rail crossing signals, pedestrian overpasses, and research into new safety technologies,” the Government of Canada website reads.

The Pointer reached out to program staff to ask if fencing was included.

“Trespassing mitigation measures such as installing fencing are considered eligible activities under the Rail Safety Improvement Program for contribution funding,” a spokesperson said.