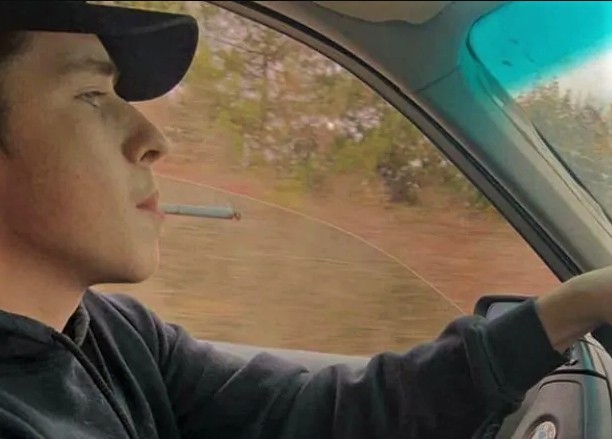 Brady Robertson, the man responsible for killing four people while driving high in 2020, is appealing the conviction handed down by Ontario’s Superior Court in May.

Court papers filed June 1 show Robertson’s lawyers are attempting to reverse his conviction on drug-impaired driving charges and lower his sentence. On May 16, Justice Sandra Caponecchia ruled Robertson would spend 17 years in prison (with 34 months credit for time already served) and be prohibited from driving for 20 years.

“[T]he sentence imposed was unfit and unduly harsh,” Robertson’s appeal states. “[T]he trial judge erred by finding that the principle of restrain did not play a role in sentencing a youthful and Indigenous person.”

Robertson, a 20-year-old at the time of the violent crash, was behind the wheel of a blue Infiniti G35 with more than eight-times the legal limit of THC in his system as he sped toward the intersection of Torbram Road and Countryside Drive in Brampton going at least 135 kilometres an hour. Robertson struck the SUV of Karolina Ciasullo which was waiting at the lights with her three daughters inside—all under the age of 6—shortly after noon on a clear sunny day. All four were killed and Robertson was taken to hospital with non-life threatening injuries. 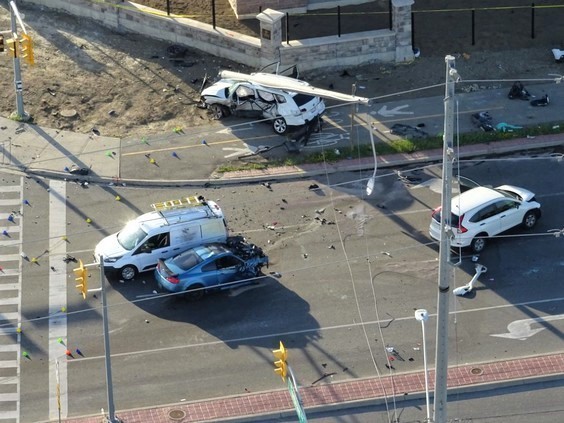 Victim impact statements detailed the devastation caused by Brady Robertson’s unthinkable behaviour when he plowed his car into the Ciasullo SUV with eight times the legal limit of THC in his system.

It was revealed in court that Robertson was driving 167 kilometres per hour (according to police evidence, which was disputed) on a city street when he swerved out of control around a stopped vehicle before crumpling the side of the Ciasullo family SUV. The front half of the Infiniti was practically disintegrated, hitting the SUV with so much force it was thrust into a concrete light pole that crashed down on top of it, collapsing the top of the vehicle.

Robertson pleaded guilty to four counts of dangerous operation of a motor vehicle causing death and not guilty to four counts of impaired driving and a separate dangerous driving charge involving another reckless incident caught on video two days before the deadly collision. His lawyers attempted to challenge Canada’s impaired driving laws, stating they were unconstitutional, but the legal tactic eventually failed. Robertson was found guilty on the impaired charges.

Now, he and his lawyers are attempting to have the decisions overturned.

Craig Bottomley, Robertson’s lawyer, claims Justice Caponecchia was wrong to rule out the constitutional challenge raised in court and argues the sentence given to Robertson is too harsh, ignoring precedent set for similar cases.

After the crash, Robertson was taken to Brampton Civic Hospital where blood drawn shortly after showed he had THC (the active ingredient in cannabis) in his system. The current legal limit of THC per milliliter of blood is 5 nanograms, Robertson’s sample showed he had eight times that amount, which would have been higher when he was driving.

Justice Caponecchia withheld judgment on the impaired charges until after the constitutional challenge was decided. Robertson’s lawyers claimed Canada’s impaired driving laws are “arbitrary and overboard” when it comes to THC. They argued it is too difficult to determine how THC impairs individuals with different levels of tolerance.

“[T]he learned trial judge erred in finding the impaired by THC law to be Constitutionally valid,” the appeal states.

Several experts testified about the impacts of THC on different individuals, with witnesses for the Crown and Robertson agreeing that cannabis will certainly impact an individual’s ability to drive, but “the extent to which it does so depends on the dosage, time of administration, pattern of use and experience with the drug.”

During the trial, Bottomley attempted to poke holes in Canada’s impaired driving laws by presenting a series of hypothetical scenarios. The judge only accepted one as being plausible for breaching Charter rights, that being the example of a daily cannabis user, but concluded it did not rise to the level of unconstitutionality.

“Based on the totality of factors I am entitled to consider; I am satisfied that the 5 ng/ml per se limit for THC had a dual purpose. The objective was to strengthen the pre-existing impaired driving laws and increase road safety by deterring cannabis users from getting behind the wheel of a car after having consumed cannabis,” the judgment reads.

The Crown, Patrick Quilty, argued for 23 years in prison while the defence wanted 7 years.

During the trial both sides relied on the Marco Muzzo case, when in 2015 the impaired driver, who had at least three times the legal limit of alcohol in his system, killed a grandfather and three children in Vaughan. Muzzo was sentenced to 10 years in prison with a 12-year driving ban.

Bottomley argued Robertson’s rough upbringing and Métis ancestry should allow a lesser sentence. The Crown brought up Robertson’s driving record over the last two and a half years where 15 convictions have been handed to him, whereas Muzzo’s showed 12 convictions over a 12-year period.

Harsher sentences are handed down to individuals who show little remorse or acceptance of their crimes. Robertson pleaded innocent to some of the charges and, effectively, lied about the separate incident two days earlier, claiming it was not him behind the wheel of the same car, when it rode out of control onto a sidewalk as bystanders stood by in shock. The incident was captured on video, witnesses said Robertson looked like the man behind the wheel and camera footage from a nearby gas station where the car had stopped prior to the incident appeared to show someone who looked like Robertson with the vehicle.

Robertson offered no reasonable explanation of who was driving the car, if it wasn’t him.

Coponecchia ruled that based on the “evidence that I accept, I am satisfied that the Crown has proven beyond a reasonable doubt that Mr. Robertson was driving the Infiniti” during the earlier incident involving the separate charge, essentially determining Robertson was lying by not admitting it was him, wasting the court’s time dealing with the matter.

Such behaviour by a defendant typically leads to a stiffer sentence.

Quilty also noted that most of the case law dealing with impaired driving occured before the Canadian government passed Bill C-46 in 2017, which specifically strengthened existing drug-impaired driving laws.

According to the Bill, the maximum penalty for dangerous driving causing death was increased from 14 years to life imprisonment. Under impaired driving causing bodily harm, the sentence went from 10 years before Bill C-46 to 14 years.

Justice Coponecchia convicted Robertson to 17 years in prison, one of the steepest sentences in Canada for impaired driving causing death.

Robertson’s appeal comes after the Ciasullo family and friends made it clear that no sentence was harsh enough.

“I am beyond disgusted with the justice system that someone who takes away four lives gets so little time,” Anna Martin, Karolina’s sister said the day Robertson was sentenced. “During these two years not only did Brady take away our girls, he dragged us through the court system by trying not to plead guilty and during this time neither he nor his family showed any remorse whatsoever, quite the opposite actually.”