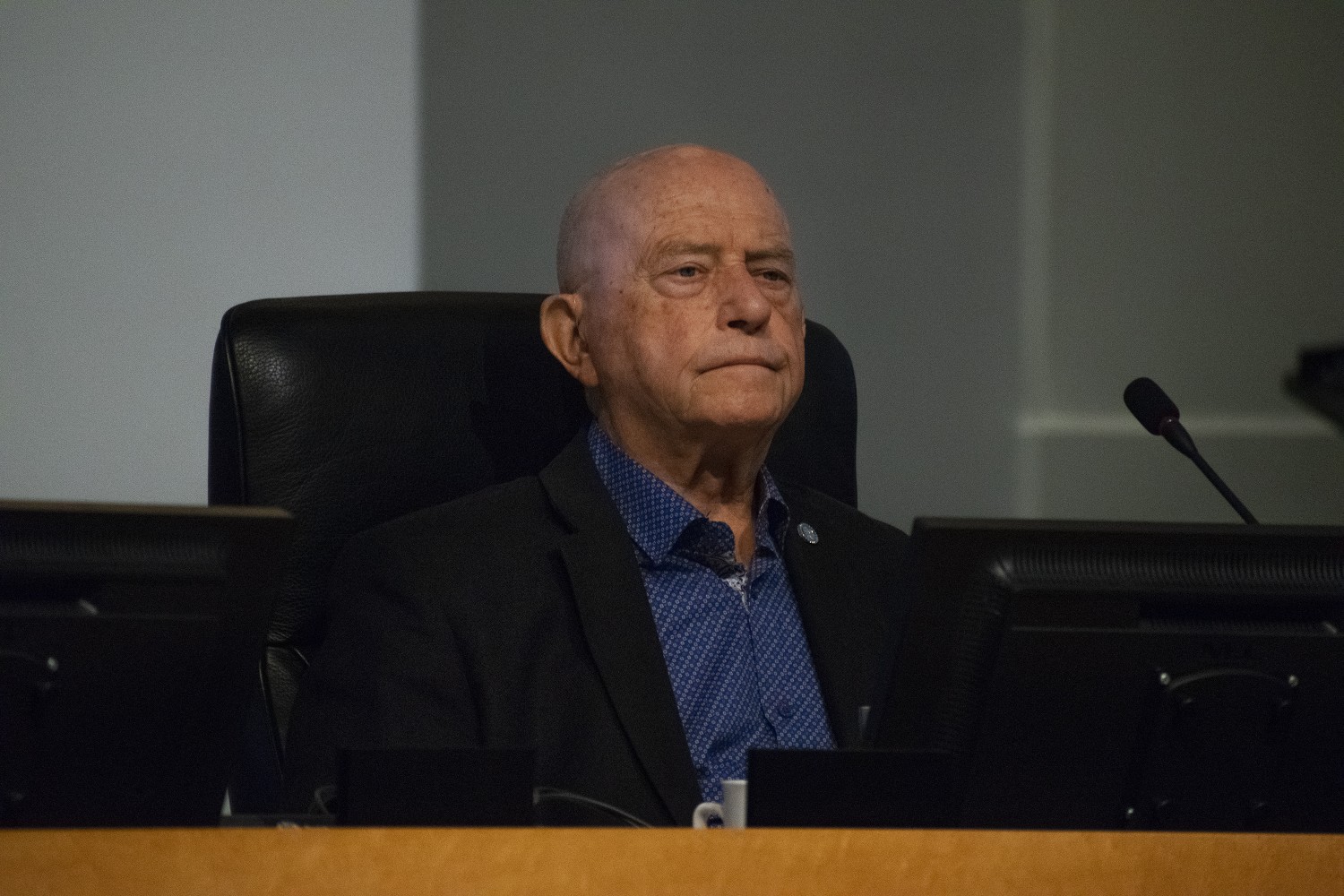 Councillor Ron Starr will continue his legal action to reverse integrity commissioner Robert Swayze’s findings and the Council-imposed penalty after members agreed he was in violation of Mississauga’s Code of Conduct for allegedly harassing former councillor Karen Ras.

“Specifically, our client intends to appeal the various decisions made by Mr. Swayze through the investigative process, his ultimate report and the City Council vote, by way of his application for judicial review before the Divisional Court,” Adriana Di Biase, a barrister with Bisceglia & Associates, told The Pointer Wednesday.

On May 31 Council received a notice of injunction to prevent the release of Swayze’s investigation report but it was overtaken when both sides agreed the City could publish the report. Now that the decision is public and after Council docked Starr’s pay for 60 days for violating the City’s Code of Conduct, according to Swayze, the councillor’s lawyers say the legal action already initiated to turn around the decisions will be continued.

A week ago, Swayze presented his report to Mississauga City Council which determined Starr violated the City’s Code of Conduct after he keyed Ras’s vehicle in the City Hall parking lot April 13, 2021.

February 2 Ras told media Starr vandalized her vehicle, which led council to ask the integrity commissioner to investigate. Swayze found Starr guilty of harassment and recommended a suspension of pay for 60 days. Council sided with Swayze and endorsed the punishment.

“I would normally suggest 30 days, but I just felt that this was—as I said, in  my report—mindless vandalism. I just felt that it was demeaning, it was harassment, it was bullying of councillor Ras and I felt that 60 days was appropriate,” Swayze said to council last week.

Starr was accused by Ras of keying her car numerous times in a City Hall parking lot between mid-2019 and April 2021, allegations she levelled in a public letter released when she stepped down from her council position in late January. Using video evidence and discussions with police—who previously investigated the complaint from Ras but did not pursue charges—Swayze concluded Starr was responsible for one of the eight alleged keying incidents, the others were not addressed in his report.

Starr has repeatedly said he is not responsible for the vandalism.

Unlike criminal charges where the decision needs to be proven beyond a reasonable doubt, under the Municipal Act, integrity commissioners only need to be confident that a Code violation was more likely than not on a balance of probabilities.

The July 6 council meeting included a delegation from Emilio Bisceglia, one of Starr’s lawyers, who argued Swayze’s process was unfair, did not follow proper procedure and was biased against Councillor Starr from the beginning.

Starr was not given a fair chance to respond to the allegations, the lawyer alleged.

“We did ask for extra time, we asked for delays and extensions, because we were hoping to get the proper video so we could give it to our experts,” Bisceglia said.

According to him, there are more documents Swayze has kept confidential, one, he alleges, is a high quality video of the incident from security cameras.

Swayze spent much of his time at that council meeting, as he did in his report, defending his own process, which is unusual as integrity commissioner reports are supposed to stick to the facts of a case.

“I would say in the 14 years of being an integrity commissioner, this is the most I've ever given [extensions] in any case I’ve worked on,” he said.

Bisceglia called the deadlines “artificial” because Swayze did not give the proper instructions about how and when responses should have been submitted.

Starr’s legal team was so concerned about Swayze’s report they hired another consultant who issued a memo to councillors late the night before Council was set to debate the findings. Julian Fantino, a lawyer and former police chief, indicated in the memo (which was not attached to the public agenda) there are numerous flaws in Swayze’s report. 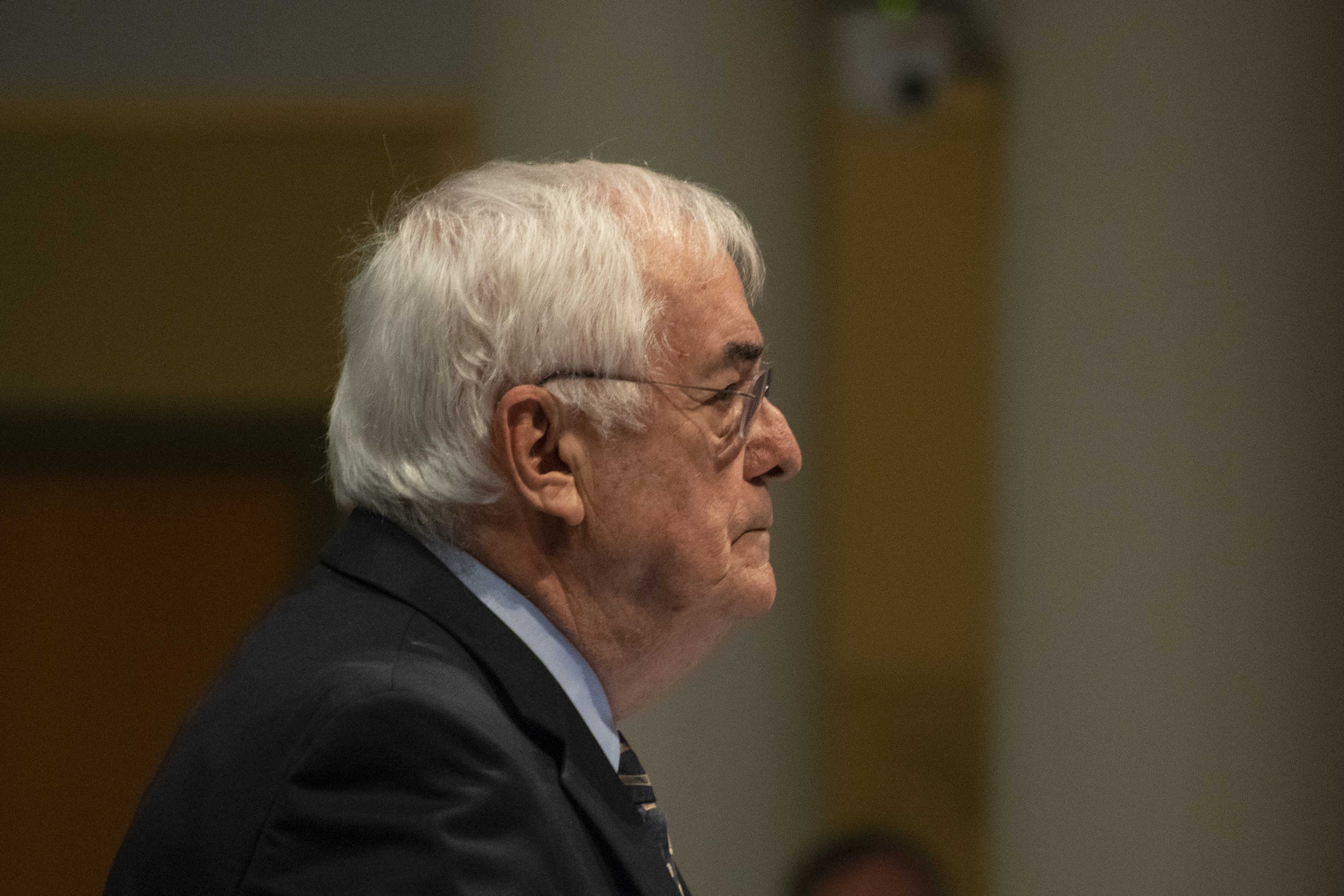 Mississauga integrity commissioner Robert Swayze spent much of his time during a July 6 council meeting defending his report into allegations against Councillor Ron Starr.

The Pointer was denied access to the full report by Starr’s lawyers but was given the concluding remarks. It is unclear what evidence Fantino has to back up his allegations.

“Reading through the IC’s [integrity commissioner] report that sets out his ‘Review of Evidence and Findings’ I find it difficult to understand just how superficial – shallow really – absent investigative rigor needed to carry out such an important investigation could ever occur, especially with the gravity of his findings on the reputation of a long tenured Mississauga Councillor, an esteemed and highly regarded politician and respected member of the community,” Fantino writes in his memo.

In a previous statement Starr said he has been silenced by Swayze and not allowed to release his evidence to the public.

“Due to Mr. Swayze’s insistence that this matter is confidential notwithstanding that he has released his report publicly and City Council has ruled on the penalty, Mr. Starr has been silenced and limited in his ability to disclose to the public the full scope of his evidence in the investigation and as such, we are unable to produce Mr. Fantino’s full report at this time,” Di Biase told The Pointer in an email.

Council is not allowed to make any decisions around certain matters from August 19 to October 24 due to a “blackout period” ahead of the municipal election.

“The parties await a case conference with the court to schedule the date of the hearing. Unless the hearing is held by the end of September, it is unlikely a decision would be available before the election,” Andra Maxwell, Mississauga’s solicitor and director of legal services, told The Pointer, referring to the next steps to deal with Starr’s legal action against the City and Swayze.

According to Di Biase, Starr will continue to challenge Swayze’s conclusions and decision by Council members to punish their colleague.

“Our client maintains his innocence and is resolved to continue fighting this matter until he is fully vindicated.”