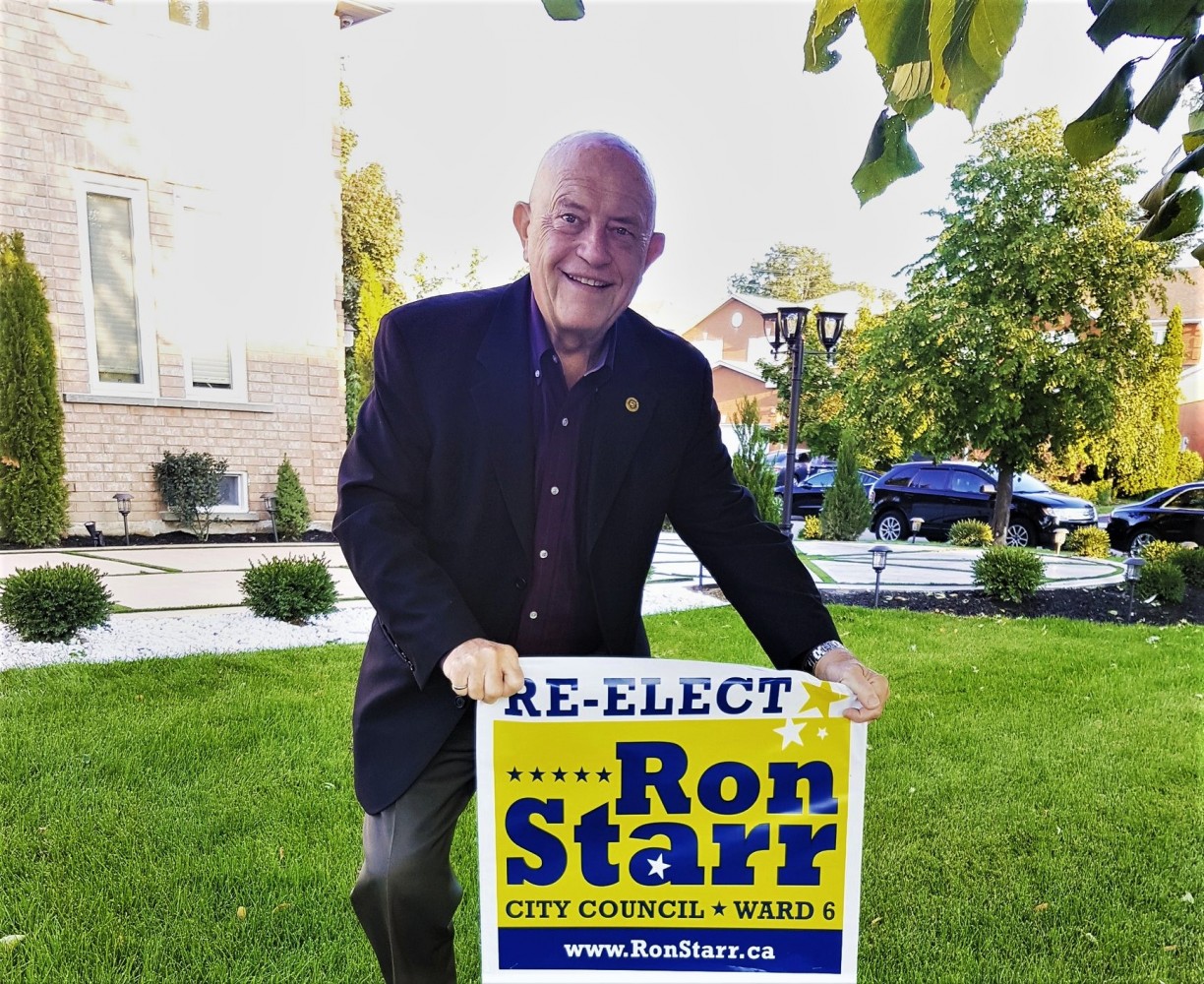 Mississauga residents hoping for clarity around harassment allegations hanging over Councillor Ron Starr, got their wish Thursday. After investigating the matter the City’s integrity commissioner has determined Starr is guilty of keying Karen Ras’s car on at least one occasion and has recommended Council dock 60 days pay.

A key piece of evidence is from Peel Police, indicating Starr’s lawyer admitted his client’s guilt. However, it is unclear what specific act this admission by the lawyer to police referred to.

“On a balance of probabilities, I find that Councillor Starr scratched Councillor Ras’s car on April 13, 202[1] and that the single incident of scratching constitutes ‘Workplace Harassment’ within the meaning of the Respectful Workplace Policy,” Integrity Commissioner Robert Swayze writes in his decision report made public Thursday afternoon.

“I have decided to recommend a relatively higher suspension of compensation paid to him as a member of Council because his action was mindless vandalism and devoid of common decency.”

The finding is not a court decision. The integrity commissioner has limited power only to enforce a municipal code of conduct, and Starr can pursue legal action to challenge the decision.

Swayze refers to sections of the City’s Code of Conduct that refer to workplace policies.

“In consideration of the Councillor’s actions, I find that he engaged in harassment against Councillor Ras. Damaging someone’s property, especially their vehicle, is behaviour which is demeaning, offensive, and unwanted,” Swayze writes.

“The Respectful Workplace Policy makes clear that a single incident of hostile or offensive behavior which is significant can constitute workplace harassment. Intent or motivation is irrelevant. What matters is how the conduct would be perceived. Purposely causing damage to someone’s vehicle is an intrusive and offensive action that would be perceived by any reasonable person as being hostile and unwanted.”

Swayze recommends to Council, “That the compensation paid to Councillor Ron Starr be suspended for sixty (60) days commencing with the next pay period,” for violating the City’s Code of Conduct, which the integrity commissioner is required to enforce.

Council will address the investigation report when Swayze presents it at this coming Wednesday’s meeting (July 6). It is up to council to hand down a punishment through a vote. The maximum penalty allowed under the Municipal Act is a loss of 90 days pay. Council can also remove Starr from certain duties such as committee work.

The Pointer reached out to Starr. He did not return calls or emails. Mayor Bonnie Crombie won’t be commenting on the report before Wednesday’s council meeting The Pointer was told in an email.

Ras alleged Starr was behind the keying of her car multiple times in a City Hall parking lot beginning in mid-2019 to April 2021. Swayze only focuses on the one incident caught by video footage.

We now know that Peel Police also determined Starr was guilty of keying Ras’s car on the one occasion, but, according to Swayze’s report, no charges were laid because such a minor charge would likely not have been heard by the court while the COVID-19 pandemic caused significant delays for much more serious matters.

“The investigating detective of the Peel Regional Police, confirmed to me that she did not interact directly with Councillor Starr except to make two phone calls to him regarding scheduling a meeting with him,” Swayze writes in his report. “No meeting ever took place but she was contacted by a solicitor for the Councillor. The detective advised me that the solicitor admitted his client’s guilt and an arrangement was made where the Councillor would pay for the repair of damages to the car to avoid a criminal charge of Nuisance under $5000. The detective confirmed the solicitor’s admission of the Councillor’s guilt in a text sent to Councillor Ras. The detective was aware that the courts were unlikely to schedule and hear such a minor charge because of the Covid crisis at the time.”

Swayze addresses arguments from Starr and his lawyers, claiming it was impossible for the scratches to be made in the time Starr is shown on the video in front of Ras’s car. Swayze dismisses these arguments.

Swayze dismisses arguments that Starr was bending over in front of the car to pick up a piece of paper, but acknowledges the video, due to the angle, does not show Starr actually making contact with the car with any instrument that caused the scratch.

“Based on my review of all the evidence in my investigation, including the materials which were provided to me at the very last moment, and on a balance of probabilities, I find that it is more likely than not from all the circumstances that the Councillor caused the damage to Councillor Ras’s car on April 13, 2022.”

His investigation report does not address the other alleged incidents.

After Ras resigned in January to pursue another job, and for personal reasons, she told the media shortly after that the alleged harassment was one of the reasons for stepping down and that Starr was behind the alleged keying of her car.

Ras criticized her Council colleagues, including Mayor Bonnie Crombie, and Swayze for what she described as their lack of support.

On February 2, Council ordered Swayze to investigate after he had previously declined to do so, citing the police investigation.

This week Starr registered to run for reelection in the October 24 municipal race.

With the public release of the integrity commissioner’s investigation report, many questions have been answered.

Starr will get a chance to make his case in front of Council on Wednesday, when members determine what punishment, if any, they hand down to their veteran colleague.