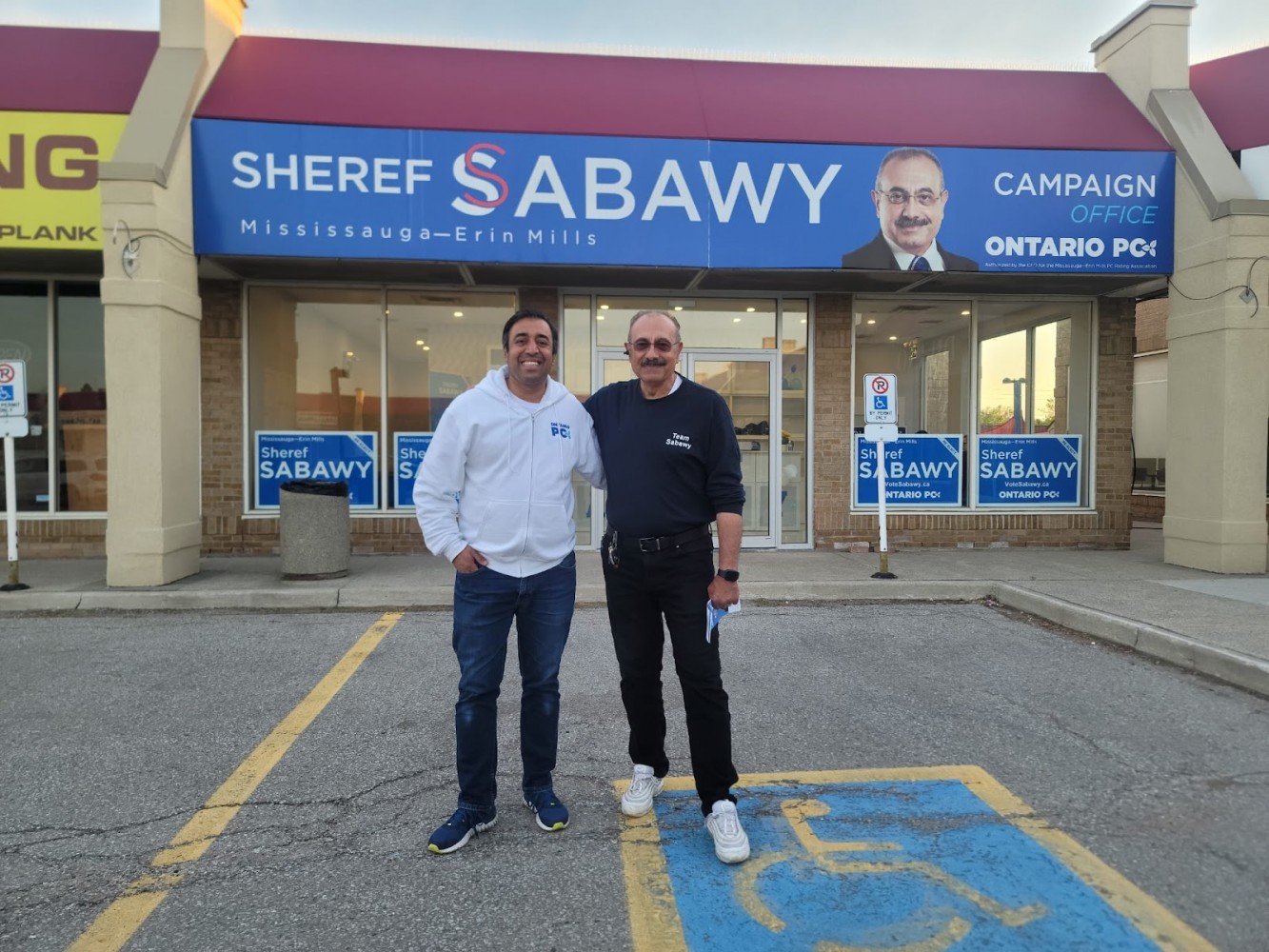 The second most populous provincial riding in Mississauga had the least vocal MPP over the last four years.

Sheref Sabawy who represented the riding of Mississauga—Erin Mills stood to speak in Queen’s Park a total of  278 times, the least of any Mississauga MPP after Rudy Cuzzetto of Mississauga—Lakeshore.

Like other parts of the city, the riding faces pressure to accommodate those looking for housing, both for ownership and rental.

Sabawy mentioned Mississauga—Erin Mills by name only 39 times inside the legislature and never mentioned the words “rental” or “renting” in conjunction with his riding.

The PC incumbent was first elected in 2018 with 41.61 percent of the vote. In October 2019 Sabawy became parliamentary assistant to the Minister of Heritage, Sport, Tourism and Culture Industries but had little to say about the position throughout the four years, only mentioning “tourism” nine times in the House.

On July 24, 2018 he stood for the first time in the legislature, when he thanked his constituents for voting and introduced himself.

Sabawy, like 57 percent of his riding, identifies as a first-generation Canadian. He was born in Egypt and obtained a bachelor’s degree in engineering from Alexandria University and did a post-grad program after. He started working as a regional information technology manager for Egypt and the Middle East while employed by a petroleum company.

Sabawy immigrated to Canada for better opportunities for his family and like many other immigrants faced difficulties finding jobs in his professional field despite being highly educated. These personal experiences around the lack of value given to foreign credentials in Ontario influenced much of his advocacy during the term.

“As a young family in a new land, my wife and I faced all of the challenges that come with starting life in an unfamiliar place: no friends, no extended family, no community,” he said in July of 2018. “Like many newcomers, we began building our new life on our own. I was working my first job in Canada, like so many of our youth now, serving customers at my local Tim Hortons.”

From July 2018 to December 2018, the MPP expressed support of his government’s decision to kill the cap-and-trade policy previously introduced by the Liberals.

Leading into 2019, Sabawy mentioned hospital investments in the city and highlighted autism supports for families while his PC government was under fire for dramatic cuts made to autism funding for children. 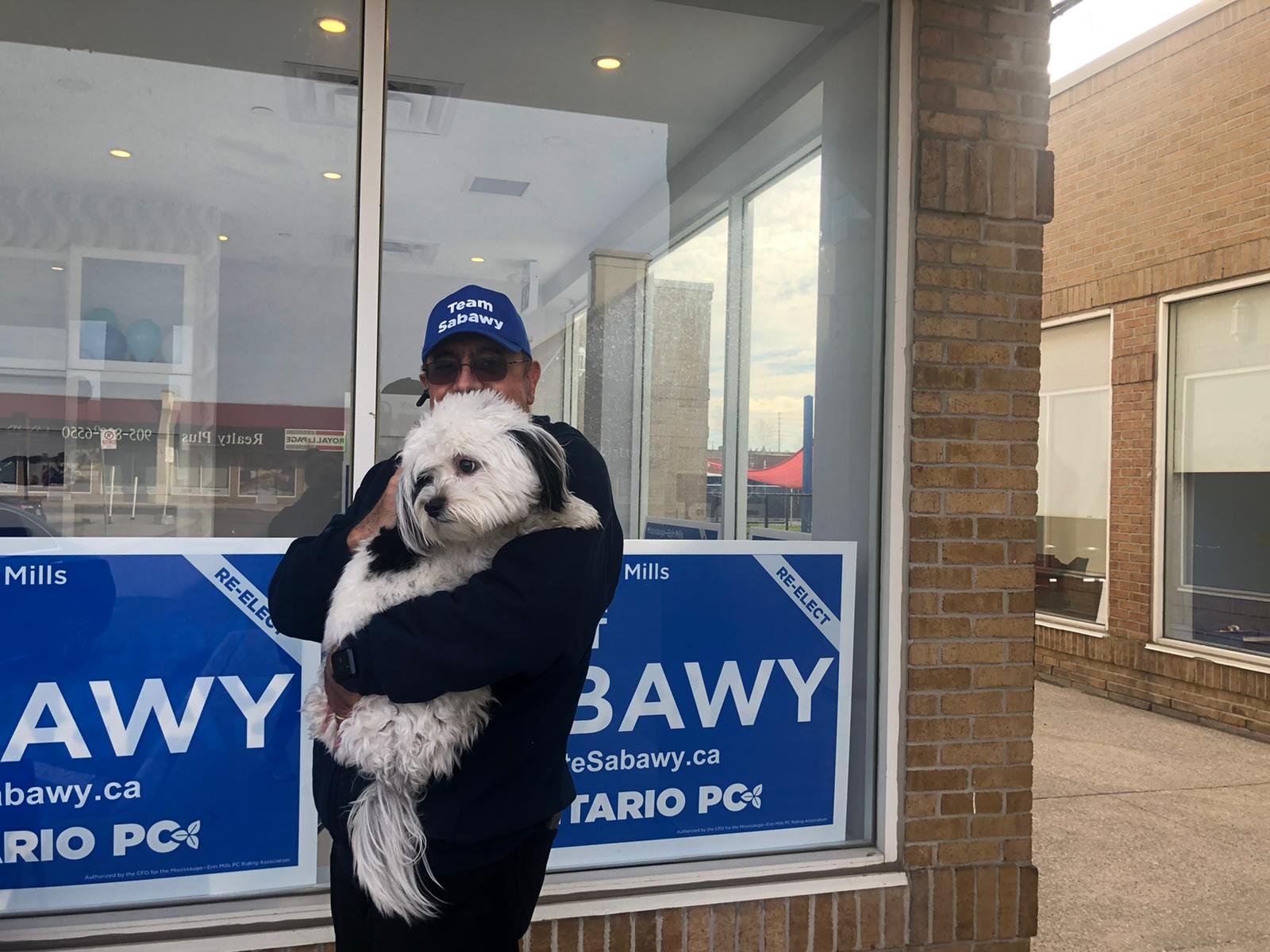 Sheref Sabawy grew up in Alexandria, Egypt. He immigrated to Canada like many Mississauga—Erin Mills residents.

In June of 2019, while trying to pass the Bill to declare July as Egyptian Heritage Month, Sabawy again highlighted hardships immigrants go through when trying to find a job in their industry or getting overseas credentials approved.

“Any professional international graduate immigrant to Canada spends his or her first three to four years, on average, to certify his or her credentials and get licences to be able to get back to his original profession,” Sabawy said.

In June 2020 the Province was debating an extension of the state of emergency during the pandemic, which Sabawy agreed should continue.

“Extraordinary circumstances need an extraordinary tool to be able to quickly move on and take hard decisions sometimes,” he said inside Queen’s Park.

A month later in July 2020, the MPP was standing in support of Bill 159, the Rebuilding Consumer Confidence Act (2020), a piece of legislation that would create stricter regulations for new home builders and other vendors in the renovation space as infill projects in his riding boomed.

Sabawy made comments on the vaccine roll-out after the Province announced more allocation of doses.

“I would also like to highlight how this government is prioritizing hot-spot communities,” the MPP said after Peel residents and health agencies fought for the increased supply of local doses.

November 2, 2021 saw debate on Bill 27, the Working for Workers Act (2021). Sabawy lauded the legislation which removed some barriers for new Canadians seeking recognition of their international licenses and degrees.

He was asked why the legislation was being passed at that time.

“Everything is different now,” he replied, focusing on the Bill’s language around allowing workers to disconnect from technology and free themselves from the 24/7 work day that emerged during the pandemic. “Maybe COVID-19 accelerated the realization that our working habits and our working behaviours or patterns are going to change. I think this is a very proactive approach from our government to start looking into how we can plan for those changes, how we can protect employees, how we can make use of technology while making sure that it’s not penetrating the personal lives of workers.”

A few days later Sabawy spoke inside the legislature about the need to protect seniors in long-term care.

“I was taught from a very young age that seniors are taken care of by the family,” Sabawy said. “They are an integral part of the family and the community, the society and every circle.”

In the months before the provincial election, Sabawy focused his comments in Queen’s Park on the economy and supporting businesses in Ontario. In April he stood to support Bill 88, an amendment to the Working for Workers Act, which recognized gig workers as temporary workers (like students) and further promoted assistance for new Canadians trying to gain employment in skilled trades.

On April 14, 2022 Sabawy finished off a quiet four years by thanking the education minister for taking over governance of the Peel District School Board midway through the term, after it failed for years to confront anti-Black racism and systemic discrimination.