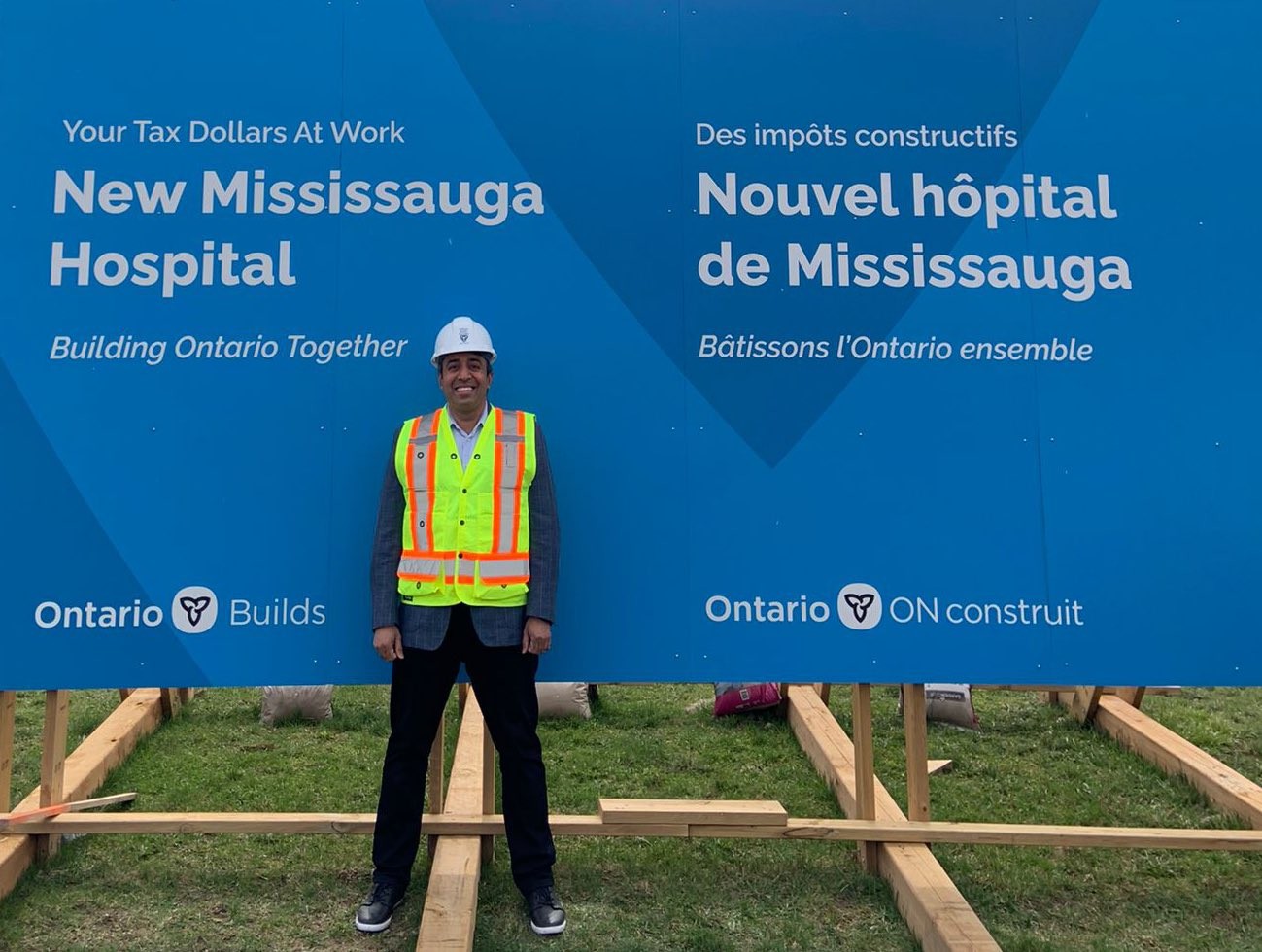 Kaleed Rasheed was appointed Ontario’s associate minister of digital government June 2021, but even with more responsibilities the first-term MPP only stood in Queen’s Park 22 times.

After that he only named his Mississauga East—Cooksville riding once.

As a first time member, representing the PCs, Rasheed spoke a total of 371 times between July 2018 and September 2021. In the second half, after his appointment, his handful of contributions mostly addressed the ongoing pandemic.

Located in the eastern half of Mississauga, Mississauga East—Cooksville hosts both the Dundas bus rapid transit system and a portion of the future Hurontario light rail transit system, and the riding has the most people in Mississauga who use transit to commute to their jobs.

But in four years, Rasheed never specifically stood to advocate for funding toward either of the higher-order transit projects at Queen’s Park, and only ever mentioned transit in his riding once.

Affordability, particularly for seniors, was his main focus. He was directly involved with two pieces of legislation, Bill 154, the Stop Cyberbullying in Ontario Day Act (2020) and  Bill 230, the Front-line and Essential Service Worker Week Act (2021).

He rose for the first time July 19, 2018 to ask the minister of the environment how he was standing up for taxpayers, referring to the PC platform against carbon taxation. Like many of his Party colleagues, Rasheed does not support the carbon tax.

Clamping down on costs to businesses was a common refrain.

“Today my former boss, whom I have stayed in touch with, came to me and said that despite his best efforts to keep the company afloat, he had decided to sell his business,” Rasheed said late July 2018. “He simply could not withstand the elevated hydro costs that his business was incurring. Plain and simple, he was forced out of business.”

Rasheed liked to point out the large number of seniors that are located in his riding, with an average age of 42, more than two years higher than the overall average age of the city.

“During the election campaign when I was knocking on doors—Mississauga East—Cooksville is a riding that’s made up of a lot of senior citizens. They are on fixed incomes,” he said August 7, 2018. “It is very sad to hear from them, ‘Kaleed, at the end of the day, we don’t know if we have enough funds to either heat our house or put food on the table.’ These are the seniors who have given us so much, who have worked extremely hard, and yet, they are unable to make ends meet.”

The cap-and-trade system was introduced by the previous Ontario Liberal government late in the term. It forced businesses and organizations to produce only a certain amount of carbon emissions, with a cap, and the only way they could go over their limit was by buying or trading for more room, driving up the costs of their products.

It’s become a contentious issue: protecting the future of the planet; or protecting those who cannot afford the costs of taxing carbon-based products.

“I said that, at the end of the day, if you ask the organizations or corporations to pay this tax, somehow they have to pass it on to the consumers, the end users,” Rasheed said of the policy. “It’s not fair to the end users. Why do we have to penalize these individuals or the seniors who are just trying to make ends meet?” 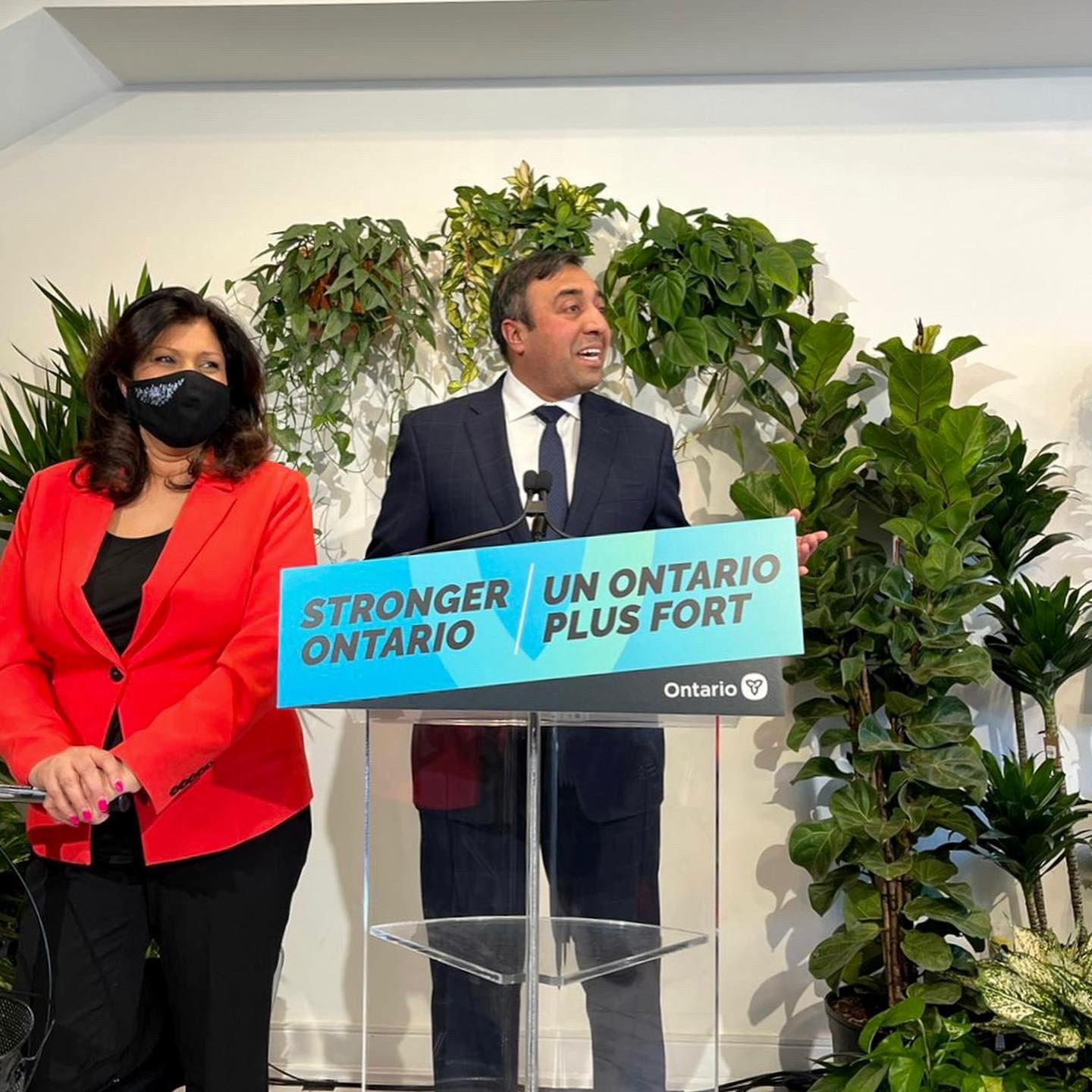 Rasheed is a family man and often brings up his five kids; one was born during the term.

Before the uprisings and protests following the murder of George Floyd, Rasheed spoke up about how some in his community are scared of police officers.

“There has been a feeling of fear prevailing when it comes to police in Ontario. Why the previous government created this fear is beyond me,” the MPP said. “These men and women are risking their lives, trying to help create a safer community, and we are becoming more and more afraid of them, which should not be the case. We should be trusting these individuals, not be afraid of them.”

In response, he supported Bill 68, the Comprehensive Ontario Police Services Act (2019) which amends, repeals and enacts certain portions of various Bills. One of the changes is calling university campus “police officers” special constables; this does not allow the Special Investigations Unit (SIU) Ontario’s police watchdog to investigate these “officers”. Bill 68 also changed the mandate and scope of the SIU and strengthened the role of the Inspector General of Policing, a position directly appointed by the Ontario government.

February 2019 was a big month for Rasheed who spoke multiple times not only on Bill 68 but also bringing up the Mississauga Food Bank and the issues it was facing around dramatically increased demand from residents experiencing food insecurity.

Before the pandemic, he advocated for seniors in his riding in need of better care and social supports. A year before COVID-19, Rasheed passionately spoke about Bill 74, the People’s Health and Care Act (2019).

The legislation was met with skepticism and concern from members of the public who saw it as a way for the government to privatize healthcare. Rasheed promised constituents the Bill would not help privatize the system.

Rasheed brought up two residents who wrote to him explaining their fears.

Instead of giving authority to the 14 Local Health Integration Networks (LHIN) and other organizations like Cancer Care Ontario and eHealth Ontario, the government would streamline the responsibilities into one department diminishing localized healthcare.

In April 2019 Rasheed spoke about hydro and its increasing price, bashing the Liberals on the “mess” he said they created.

“The Fixing the Hydro Mess Act will keep hydro rates under control, and keep more money in the pockets of families in my riding of Mississauga East—Cooksville and of the people of Ontario,” he said. “It will restore accountability and trust in our electrical system and will send yet another strong signal to the rest of Canada and the world that Ontario is open for business.”

Throughout that month Rasheed spoke about hydro every time he mentioned his riding, linking the increasing costs back to seniors. This was the first time he also mentioned public transportation and his riding in the same speech, highlighting how the Eglinton Crosstown Extension in Toronto would benefit his constituents in the connecting area.

When the pandemic was declared in March 2020, every comment Rasheed made was directly linked to COVID-19.

It wasn’t until November 18, 2020 that the MPP brought up seniors in his riding again, to support a tax credit for the older population allowing them to renovate their homes and get up to $10,000 back when making them more accessible to seniors.

“This is eligible for families with seniors who live with them, and basically it begins in the 2021 tax year. I think this is going to be a great help, especially for the residents of Mississauga EastCooksville,” Rasheed said at Queen’s Park. “I know when they reached out to me during this pandemic, they said, ‘We would like to have things done in our house from an accessibility perspective—renovating a washroom or making a ramp for a wheelchair,’ so I think this will be a great help.”

Rasheed only spoke a handful of times throughout the second half of his term, mainly focusing on COVID-19 but not on the specific challenges his riding faced. In March 2021, he advocated for more long-term care beds and raised the wait-list issues the Mississauga-Halton Local Health Integration Network was experiencing.

After speaking about the $2 billion expansion and rebuild of the Mississauga Hospital in early April 2021, trumpeting the major funding announcement for a massive healthcare expansion in the city, Rasheed was silent inside the legislature for the rest of the term, offering little insight into his work for a full year.