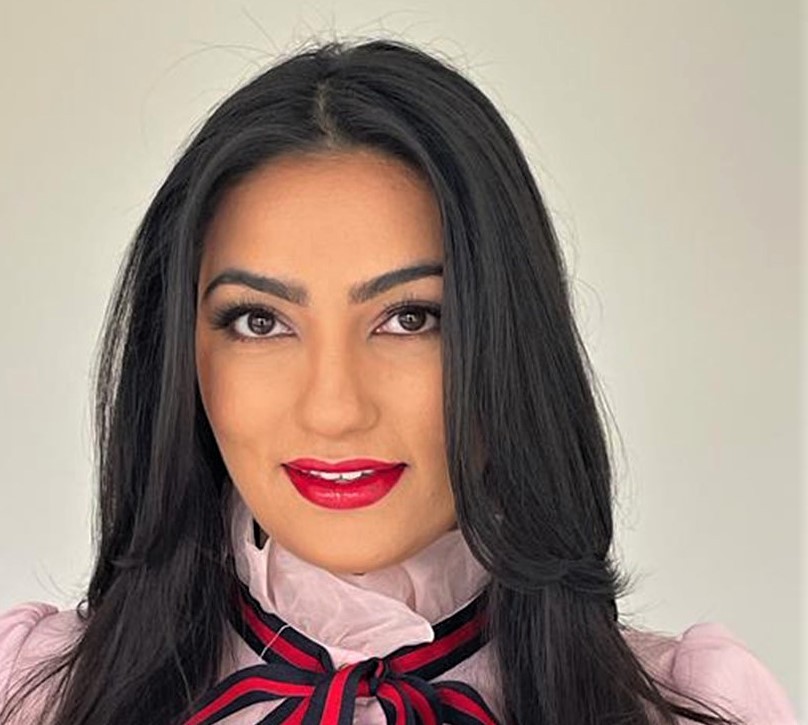 Liberal candidate for Brampton East muddies the water on Party’s plan to scrap Highway 413, says it will ‘definitely’ be built

Ontario Liberal candidate for Brampton East Jannat Garewal has twice claimed the Liberal party, if elected, will build Highway 413, contradicting promises from Party Leader Steven Del Duca that the project will be scrapped if the Liberals take office after the June 2 election.

Highway 413 has become a key election plank for the PCs with Doug Ford listing it at the top of his multi-billion-dollar capital plan for Ontario. The 400-series highway would connect Milton and Vaughn, running through Brampton and Caledon.

The PCs claim the highway will save commuters approximately 30 minutes of travel time, but have provided no studies to back up where this time estimate comes from. An independent panel commissioned by the previous Liberal government concluded the time savings would be closer to 30 seconds for the average commuter. The proposed highway—along with the Bradford Bypass proposed to run through the provincially significant Holland Marsh wetland complex south of Lake Simcoe—has become a wedge issue in this election, with the NDP, Greens and the Liberals vocally opposing the PCs who have aggressively pushed the project. 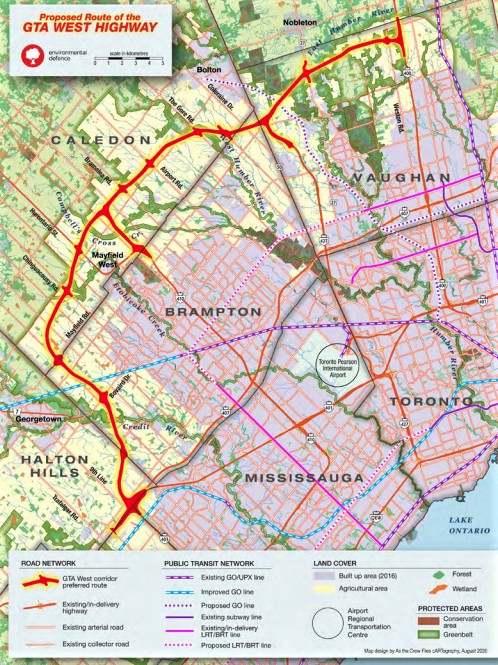 The route of Highway 413 will cause significant environmental damage to the Greenbelt and surrounding area.

Garewal’s recent comments, apparently trying to appease those in her riding, especially the large number of truck drivers, who want the highway, raise doubt about the Liberal pledge on a key issue with less than two weeks until Ontarians hit the polls on June 2.

The first contradiction from Garewal came in a Punjabi language interview on May 11, when she was asked about the Liberal promise to scrap the multi-billion-dollar project and “what is the harm in building it?”

“There is no harm,” she replied. Noting that as the former minister of transportation and minister of economic development, Del Duca “doesn’t have any objections to building the highway.”

Claiming there is “no harm” from the highway is misleading as the project, portions of which will run through the Greenbelt, will cause significant environmental destruction in the headwaters of key watersheds that support much of the biodiversity that is still managing to survive in southern Ontario. The Highway 413 would compromise these watersheds with disastrous consequences for the rest of southern Ontario. It would also send large amounts of carbon emissions into the local airshed, contributing to the overall increase in global temperature, exacerbating the climate crisis.

Garewal caused further confusion for the interviewer when she said the Liberals will take the $10 billion it will cost to construct Highway 413 and put it toward education. The Liberal plan includes limiting class sizes to 20 students, hiring thousands more teachers in order to reach this goal, as well as addressing the significant repair backlog across Ontario schools.

In an attempt to clarify her stance on the highway, the interviewer asked if this means the Liberals will still build the highway, but delay it. 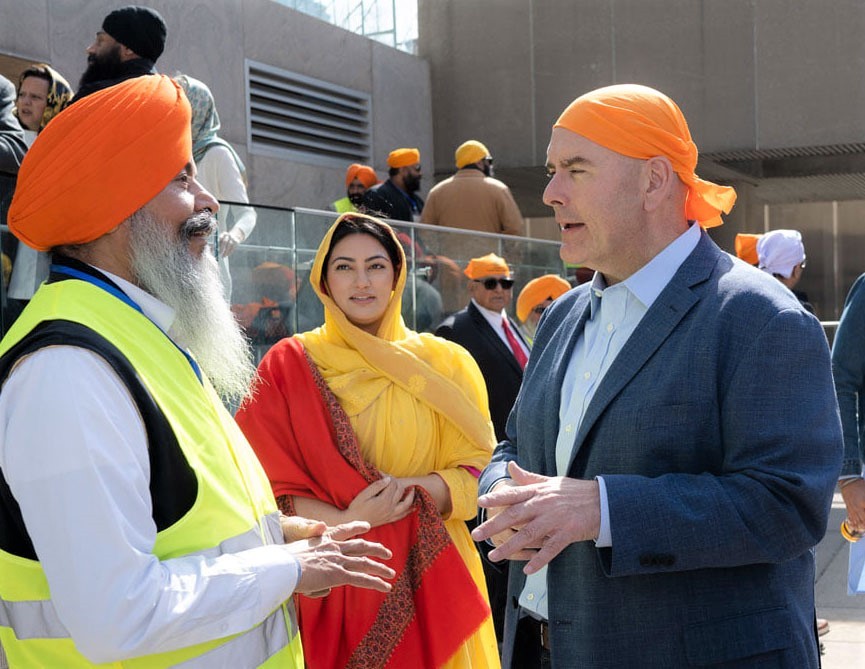 “Exactly, we will definitely build this highway, but we need to focus on education first,” Garewal replied. “Kids are our future, they will fulfill our workforce. So we want to invest in them at this time, we can build this highway later.”

This contradicts what the Liberal Party has been saying for months, which Del Duca and the Liberal platform make abundantly clear: a Liberal government would scrap the project.

On May 16, the same day the Ontario NDP released a statement accusing the Liberals of flip-flopping on the project after the Brampton candidate made her remarks, Garewal put out a tweet—her first since February 2018—stating, “Students are my first priority. That’s why I fully support the (Ontario Liberal) plan to scrap Highway 413 & reinvest $10B in new and repaired schools – the largest such investment in Ontario history. Steven Del Duca is the only leader with a track record of stopping this project.”

However, in a debate that was posted online on May 18 (it’s unclear when the event actually took place) she again suggested the Liberals want to first invest in education then construct Highway 413.

“I think the Liberal Party of Ontario and the Liberal leader Steven Del Duca knows that we need a university before we can start digging up a highway, then that way people can actually use the [highway] 413 and everyone can use it, not just for truckers,” she said.

A request for clarification sent to the Ontario Liberal Party, to find out why Garewal has contradicted its vov to cancel the highway project permanently, was not returned.

Both the NDP and Green Party have vowed to cancel the highway project. Both parties have promised to also cancel the Bradford Bypass, a 16-kilometre 400-series highway connecting highways 400 and 404 south of Lake Simcoe. The bypass would bisect the provincially significant Holland Marsh wetland complex, harm the habitat of numerous species at risk and cause irrevocable damage to Lake Simcoe—which is already degraded by surrounding urbanization.

Ford has been heavily criticized for pushing the projects, after he promised developers in 2018 that he would open a large “chunk” of the Greenbelt so they can build more sprawling subdivisions. The highways are the trigger to opening up thousands of acres of protected greenspace and agricultural land for residential development and the issue has become a major wedge across Ontario ahead of the June 2 election.