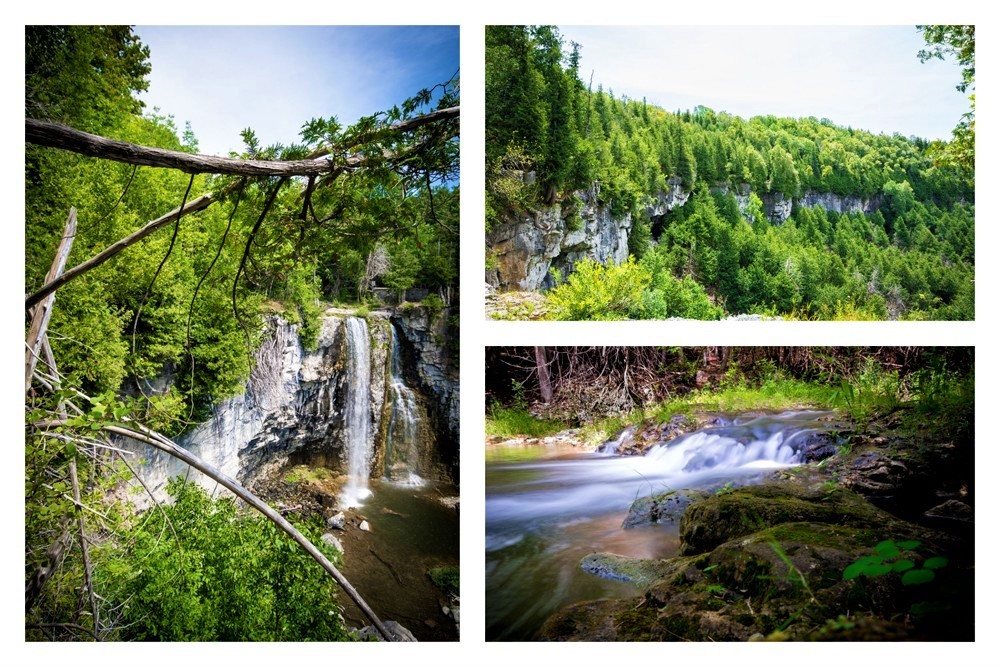 Victor Doyle: Ford government is squandering the future of the Golden Horseshoe

Without any mandate, using rapidly escalating housing prices as the rationale, and pursued under the cover of Covid, the Ford government has embarked on a highway driven agenda of urban sprawl—enacting the most regressive land use and environmental planning agenda in Ontario’s history and undoing two generations of progress, including under both the Harris and Davis conservative administrations.

This is contrary to the irrefutable evidence compiled by all sectors of civil society which confirms urban sprawl is ruining our environment, destroying our farmland and making us sicker—costing $10’s of billion a year in health care, congestion, and lost ecological goods and services—while cementing a structural infrastructure deficit as sprawl simply does not cover the life cycle costs of all its linear infrastructure. Moreover, sprawl is Ontario’s biggest source of greenhouse gas emissions and does not provide the types of housing that the majority of people can afford.

This no coincidence as virtually every single piece of the PC government’s agenda responds to a well-documented development industry communications and lobbying strategy initiated soon after the Growth and Greenbelt Plans were enacted. It began by industry labelling (downgrading) of all the farmland between Greenbelt and urban boundaries as “whitebelt” and arguing it should be “future urban”. This has been followed by a constant stream of industry funded, created and sponsored propaganda blaming the growth plans for increased housing prices—an argument that has been debunked many times including by the recent Housing Task Force Report which states that land supply is not the problem and that more density is required to address housing affordability.

The government’s “sprawl recipe” mirrors and checks off the elements found in industry’s multi-year efforts. First, reinstitute old developer friendly OMB rules, increase campaign contribution limits and fee for appearance fundraisers. Second, significantly weaken the Growth Plan intensification and greenfield density targets—reduced by 20 percent and 40 percent, respectively. Third, increase the planning horizon to 2051—a 30 percent increase from 20 years to an unprecedented three decades. Fourth, issue population forecasts which direct 1 million more people to suburban municipalities from more urban ones. Fifth, release a housing forecast which substantially increases projected single-detached houses and decreases apartments for each and every year for the next 30 years contrary to trends of the last 10-15 years and the fact most households cannot afford single detached houses. Sixth, issue a Land Needs Methodology directing municipalities to use these metrics.

Together, not surprisingly, these metrics allow industry to “justify” virtually the entirety of the “whitebelt” to be approved for sprawl—which complacent municipalities have in fact done. Seventh, give municipalities a due date of July 2022 to plan for all of this despite ample supplies of approved land and the ongoing pandemic—a clear attempt to force the sprawl agenda in case the government is not re-elected. And, just in case, approve numerous MZOs for sprawl on farmland beyond urban boundaries—contrary to all existing provincial policies and prior to municipalities even doing the work outlined above. 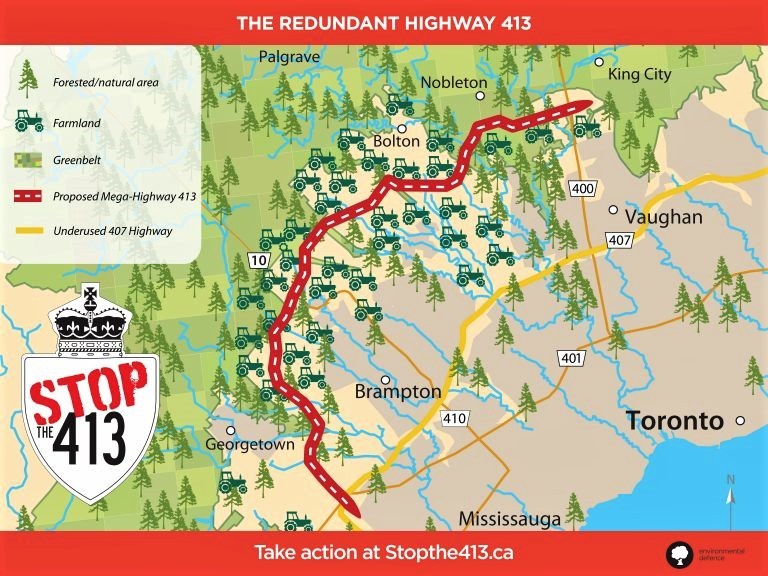 The 413 Highway corridor approved by the Doug Ford PC government will destroy parts of the Greenbelt and almost certainly lead to sprawling development that will choke off even more of the GTA; air quality will decline, the local ecosystem will be devastated and climate change will be sped up.

To help “pave” the way, dust off decades-old 400 series highway proposals (413/Bradford By-pass) which had been rejected due to environmental impacts and a clear recognition they would do nothing to solve congestion problems—indeed only add to them. Then, severely weaken the Environmental Assessment Act by removing the requirement for a full EA for the giant 413 corridor, allow the Bradford Bypass to rely on a 25-year-old assessment, enable early works like bridges, restrict citizen participation and top off by gutting the Endangered Species Act and seriously undermining the Conservation Authorities Act.

While all are regressive, extending the planning horizon to 2051 is a linchpin as there is virtually no need for any urban expansion to accommodate growth to 2041 (given the amount of already approved land) and thus no need for new highways blasting through the Greenbelt. Extending the timeframe was not needed, has absolutely nothing to do with our current housing affordability challenges (indeed it will only exacerbate them) and the resultant allocation of almost the entire “whitebelt” will hasten pressures to open the Greenbelt as is already occurring in York Region.

During an unprecedented pandemic, where people have been focussed on health and safety and trying to make ends meet while working in a virtual world, the Ford government has irresponsibly and inappropriately engaged in a systematic dismantling of Ontario’s planning and environmental legislative and policy framework. It has commandeered and squandered the ability/right of future generations to plan their future by committing us to a massive, permanent, new wave of sprawl—all while limiting and/or overriding our democractic rights.