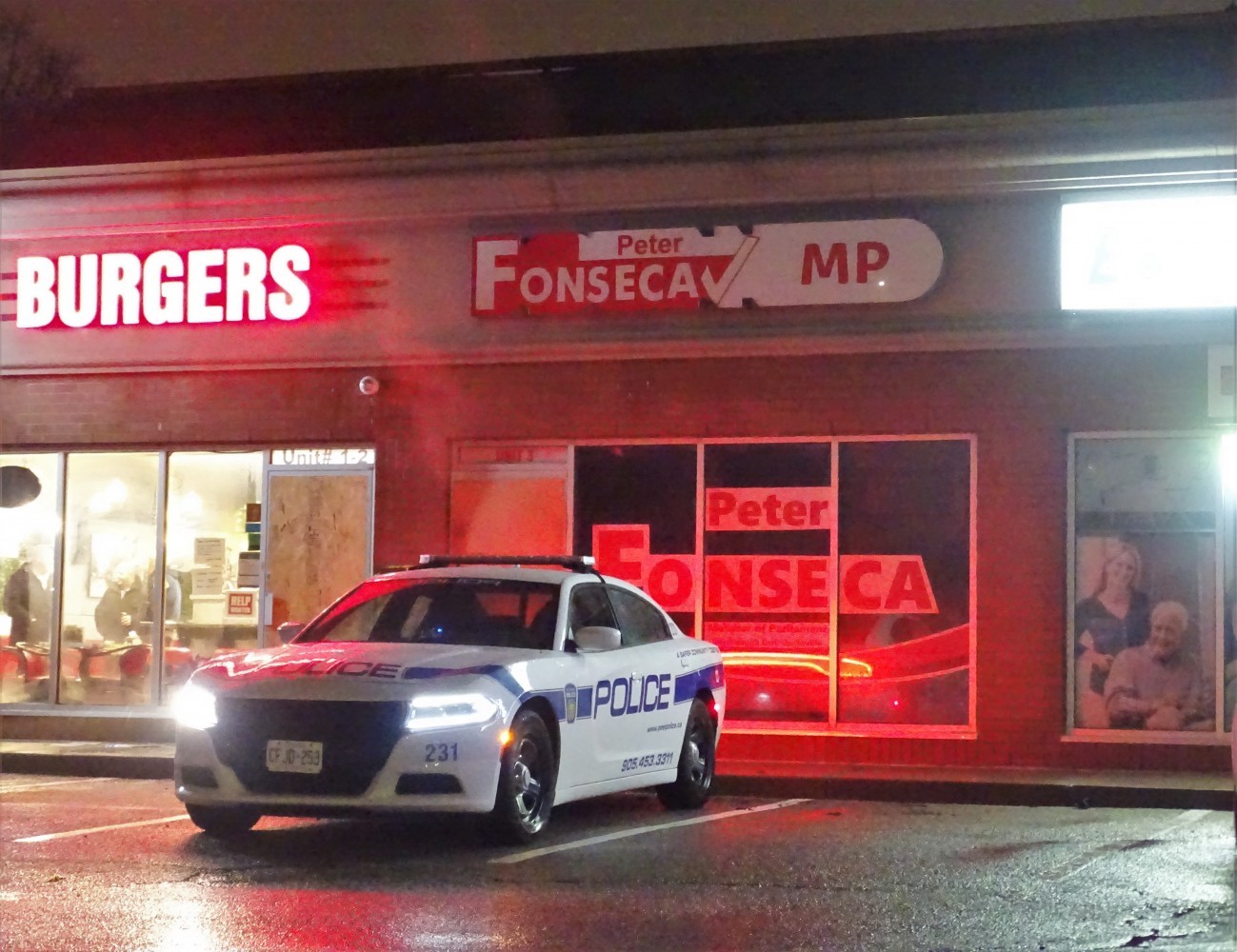 A 31-year-old man has been charged with starting a fire at the constituency office of Mississauga East-Cooksville MP Peter Fonseca hours after he took part in a vote in Ottawa to approve the controversial Emergencies Act.

In a news release on April 4, Peel Regional Police (PRP) announced that Adam Degrassi of Mississauga has been charged with arson, break and enter and three counts of mischief.

The incident occurred in the early morning hours of February 22. Emergency crews were called to Fonseca’s office on Burnhamthorpe Road East for reports of a fire.

Mississauga Fire and Emergency Services dispatched 24 firefighters to the scene and arrived to see the unit in the centre block of the plaza in flames. Crews described the fire as visible from outside the unit, but were quickly able to enter the front door and extinguish it from the inside. There were no injuries reported.

Police quickly deemed the fire suspicious and believed it was a targeted incident. The burger restaurant neighbouring Fonseca’s office was also damaged in the fire. According to recent media reports, it has yet to reopen.

A request for comment on the charges sent to Fonseca's office was not returned. 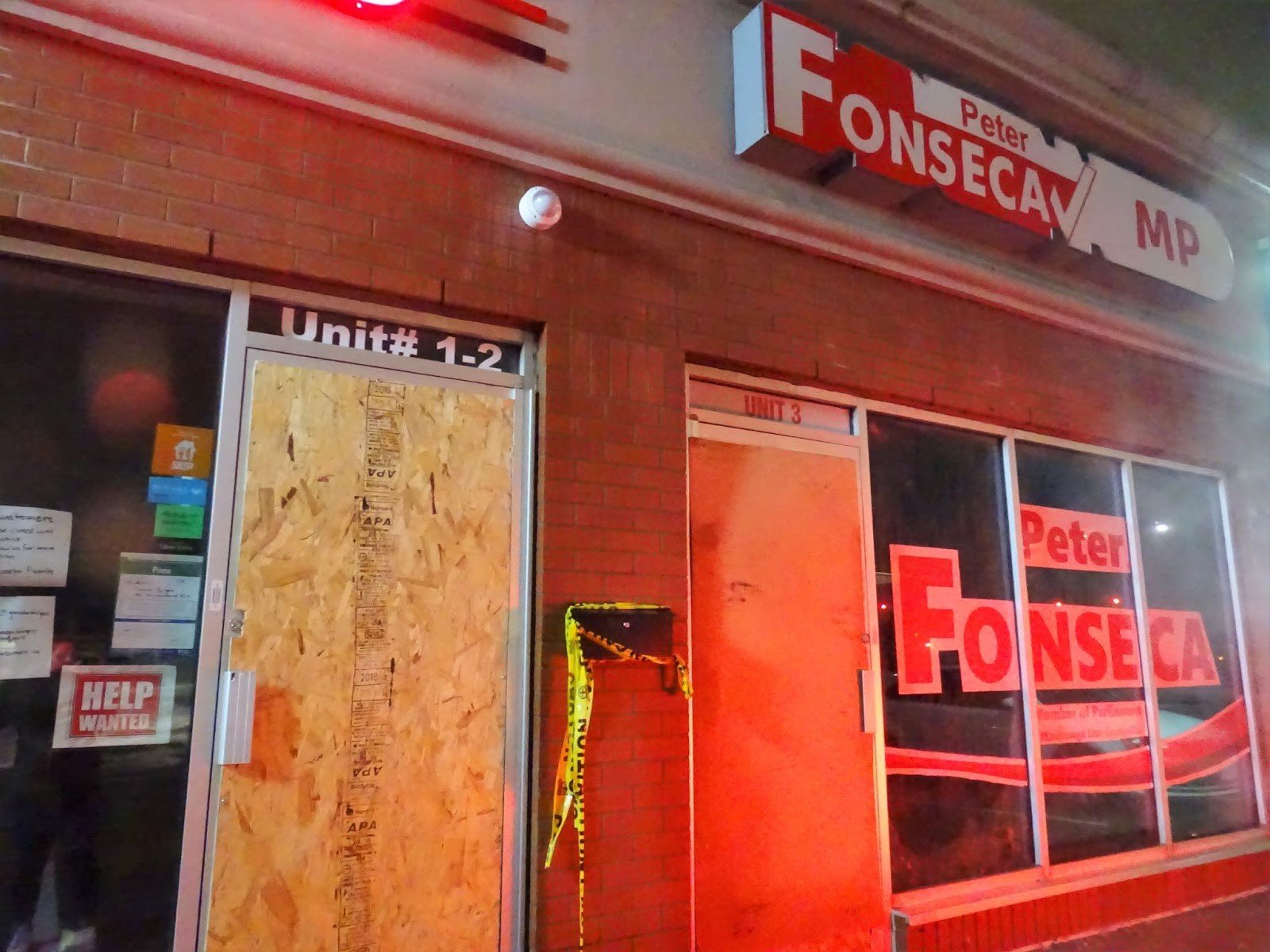 No injuries were reported in the fire.

Prior to the fire, at around 8:30 p.m. on February 21, Fonseca took part in a historic vote in Ottawa to confirm the usage of the Emergencies Act to end the ongoing blockades occurring at the foot of Parliament Hill from the Freedom Convoy. The move marked the first time the Act had been used since it replaced the War Measures Act in the 1980s.

The vote passed successfully 185 to 151, and allowed the federal government and police to deploy extraneous tools, like freezing bank accounts or overriding provincial jurisdiction to dislodge protesters from the streets of Ottawa. It was revoked on February 23, though the powers it unlocked for the government had been in use for close to a week before the official vote.

Police state Degrassi has been released on an undertaking and will appear in court on June 28.

“Investigators continue to appeal to residents and business owners who have information or video footage,” PRP stated in a press release. “This could include any type of video surveillance, doorbell and or dashcam footage that may have captured the events leading up to, during, or after the incident.”

Peel police request anyone with information or video evidence to upload it to an online portal.