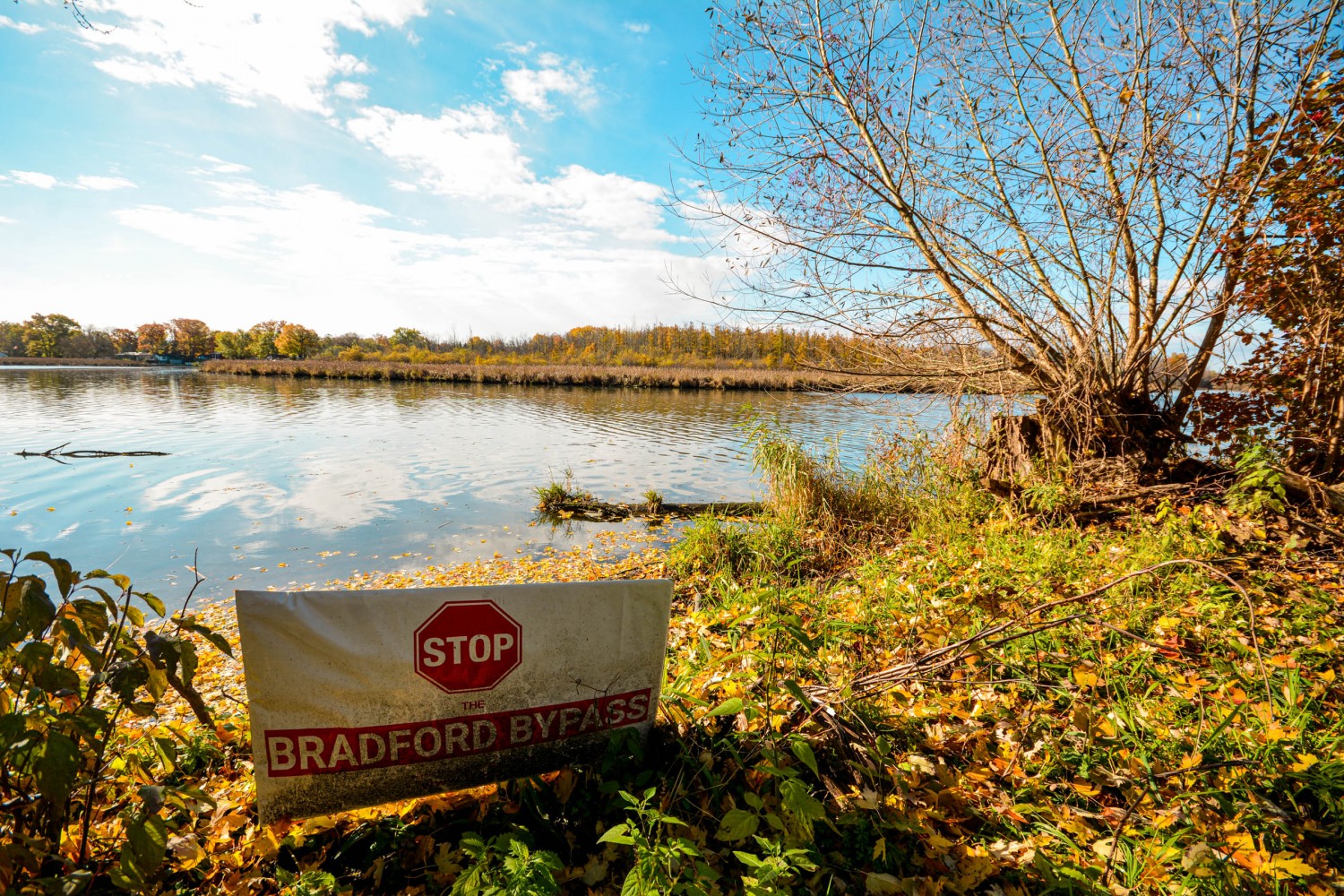 The time has come to put the brakes on the Ford government’s rampant dismantling of the environmental laws, policies and approvals that have protected Ontario for 50 years.

This system was meticulously built up—begun by Progressive Conservative governments—to assure the orderly growth of our economy and our infrastructure while minimizing environmental damage and maintaining a social licence for development. The system has served us well and made Ontario successful and wealthy while avoiding major environmental failures.

But this system has been under attack by this government for some time. Frequent insults to our planning system—including a blizzard of Let-‘er-rip Minister’s Zoning Orders—have been accumulating recently. Matters have come to a head in the government’s abandoning of all prudence, wisdom and caution in a mad rush to begin construction of the Bradford Bypass highway before the June provincial election.

The Bradford Bypass is a 16-kilometre, four-to-six-lane freeway that would cross 28 waterways in the headwaters of Lake Simcoe, and would bisect one of the Greenbelt’s largest and most important wetlands, the Holland Marsh.

Many outstanding concerns about this project have not been fully and properly addressed. They include endangered species habitat, fisheries impacts, and water quality and stormwater management in the already stressed Lake Simcoe watershed.

Despite these issues the government has exempted the highway from Ontario’s Environmental Assessment Act (EAA). As a result, construction of portions of the road are scheduled to commence before various impact studies are completed or approvals are considered or issued.

This violates one of the fundamental tenants of sensible environmental planning: you don’t break ground on a project until you have done the work to know what the environmental consequences will be.

The other major matter that this government action threatens is the public’s right to consultation and participation in significant environmental decisions.

The Ford government has shown a propensity to avoid hearing what the public has to say. Something highlighted by the recent Auditor General’s report. And it disbanded the Office of the Environmental Commissioner of Ontario whose primary role was to assure that such public participation occurs.

More recently it ignored the public notification and consultation requirements for major changes enacted by a bill that degraded forestry management among other legislative changes. In that case Earthroots (an environment group I chair) and others had to sue the government in Divisional Court to get a ruling that they had indeed violated the Environmental Bill of Rights.

In the case of the Bradford Bypass the EAA exemption means that full public notification and consultation will not occur on many aspects until the project is well under way, if at all.

The purpose of the Environmental Assessment Act is “the betterment of the people... of Ontario by providing for the protection, conservation and wise management in Ontario of the environment.”

That’s how environmental planning is intended to be done in Ontario. That’s largely how it has been successfully done for 50 years. Clearly the rushing of the Bradford Bypass, by proceeding under an exemption from the law, reneges on that commitment.

There is unfortunately no further recourse in the provincial regulatory system for Ontarians that believe their government has abandoned the “betterment of the people.”

But there is an option at the federal level of government. A coalition of citizens’ groups has petitioned the federal Minister of the Environment and Climate Change Canada, the Honourable Steven Guilbeault, to designate this project under the federal Impact Assessment Act and implement a full and complete review.

There are plenty of outstanding issues that fall under federal jurisdictions like fisheries, endangered species and migratory birds. And there are legitimate concerns like green house gas emissions and First Nations consultation.

It is time for the federal government to step in and do the job that the Province won’t do.

Gord Miller is the Chair of Earthroots Canada. He was the environmental commissioner of Ontario from 2000 to 2015.