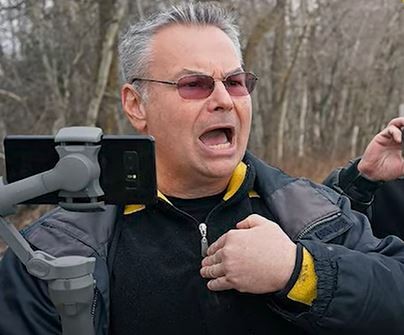 Kevin J. Johnston, an Islamophobic agitator who has twice run for the mayorship of Mississauga; been found guilty of defaming a prominent local Muslim businessman, calling him a “terrorist” and “baby killer”; and once put out a $1,000 reward for video footage of Muslim students or teachers praying inside Peel schools, has been arrested trying to flee to the United States ahead of a jail sentence that was supposed to begin this week.

According to a statement from the United States Customs and Border officials in Montana, agents in Plentywood, Montana arrested Johnston early in the morning on January 4th for illegally entering the country on foot.

Lawyer Ian McCuaig, who is representing Johnston, says his client was transferred into the custody of Canadian Border Services Agency (CBSA) that evening.

“I entered the USA with the intention of seeking political asylum due to the treatment I have experienced over the last five years because of political persecution by the Canadian Government,” Johnston claims in a statement provided to The Pointer through McCuaig. 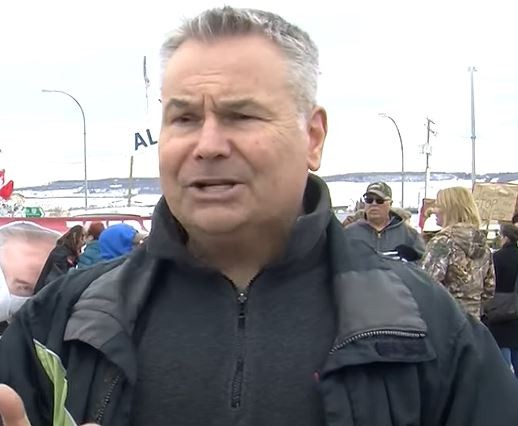 Kevin Johnston has been a prominent figure at anti-vaccine and anti-immigration rallies.

The arrest is only the latest in a long string of Johnston’s run-ins with the justice system as a result of a clear contempt for court orders that have cropped up not only in Ontario, but Alberta — where Johnston recently moved, he grew up in Mississauga — and British Columbia.

Before being spotted crossing the border, Johnston was in the midst of serving a 40-day intermittent jail sentence on weekends, following a conviction in July for violating Alberta court orders related to public health measures in the province, where he became a known figure in anti-mask and anti-lockdown circles. He failed to show up for the final weekend of that sentence.

Starting on January 3, 2022, he was then meant to begin serving an 18-month sentence in Toronto for refusing to stop making baseless and harmful claims against Paramount Fine Foods founder Mohammed Fakih, who successfully sued him for defamation in a $2.5 million claim — none of which has been paid by Johnston — following an ugly 2017 incident outside one of Fakih’s restaurants, when Johnston made hateful, Islamophobic remarks about the well known restaurateur.

Despite a 2019 ruling against him in the case, Johnston continued to push false claims against Fakih on his social media and far-right extremist website. In February and May of last year, Johnston made several public statements claiming Fakih was a “baby killer” who was “funding terror groups” and “was a confirmed terrorist.”

“Mr. Johnston says that people are being punished for having the wrong opinions and for not being left wing. I have no interest at all in Mr. Johnston’s political leanings or his political opinions,” Justice Fred Myers said in his October ruling. “But whether Mr. Fakih is a terrorist, funds terror, has murdered people, or killed babies, are not political opinions. They are factual statements that can be proven to be objectively true or untrue.”

Justice Myers labelled an affidavit from Johnston purporting to prove Fakih’s links to Muslim terrorism as “a stream of allegations based on undisclosed hearsay and inferences from undisclosed speculation.”

In December, Fakih was named to the Order of Canada, with a Government of Canada press release noting his induction for “business and community leadership, and for his philanthropic involvement in his community and abroad.”

Johnston’s personal brand as a free speech advocate — his personal Instagram account claims he’s “Canada’s most censored man” — is one that thinly veils his blatant Islamophobia.

He has a long history of attacking Mississauga’s Muslim community.

In October 2016, two years after losing the mayor’s race to current Mayor Bonnie Crombie — Johnston gained 741 votes to Crombie’s 102,346, and then came in second four years later with 16,079 votes, suggesting his anti-Muslim agenda had gained considerable traction — an article published on the now defunct Mississauga Gazette, a publication run by Johnston, claimed Crombie was trying to convert the city to Islam so “they can kill her son just for being gay” and that she “won’t rest until all girls in Mississauga are victims of rich rapists.”

It wasn’t Crombie’s first run-in with Johnston who, the year prior, was advocating during a council meeting against the construction of the proposed Meadowvale Islamic Centre. He accused Crombie of only caring about the Muslim community.

“I mean, come on, we have Islamic Heritage Month now in Ontario for the entire month of October. I take issue with that,” Johnston said at the time.

It didn’t end there. In 2017, Johnston was charged by Peel Regional Police for wilful promotion of hatred following a number of incidents, including his $1,000 reward for footage of Muslim students praying in local schools.

Johnston has also attacked Mississauga Liberal MP Iqra Khalid, labelling her a political “terrorist” for her 2017 motion attempting to have the Government of Canada condemn Islamophobia and all religious discrimination.

Now, Johnston has provided a wild claim to The Pointer, justifying his recent attempt to flee the country.

“I have had to appear in court over 266 times, and have served five months of prison time for holding conservative political views… I have been under constant state surveillance… Surveillance of me has extended to me being followed by helicopters, and I was imprisoned for seven weeks in the middle of my campaign for Mayor of Calgary.

“I was hoping for safe haven in the United States where I could express my views.”

Johnston was supposed to surrender to the court and start serving his Ontario jail sentence January 3, the day before he became a fugitive and was arrested in the U.S. after illegally crossing the border.