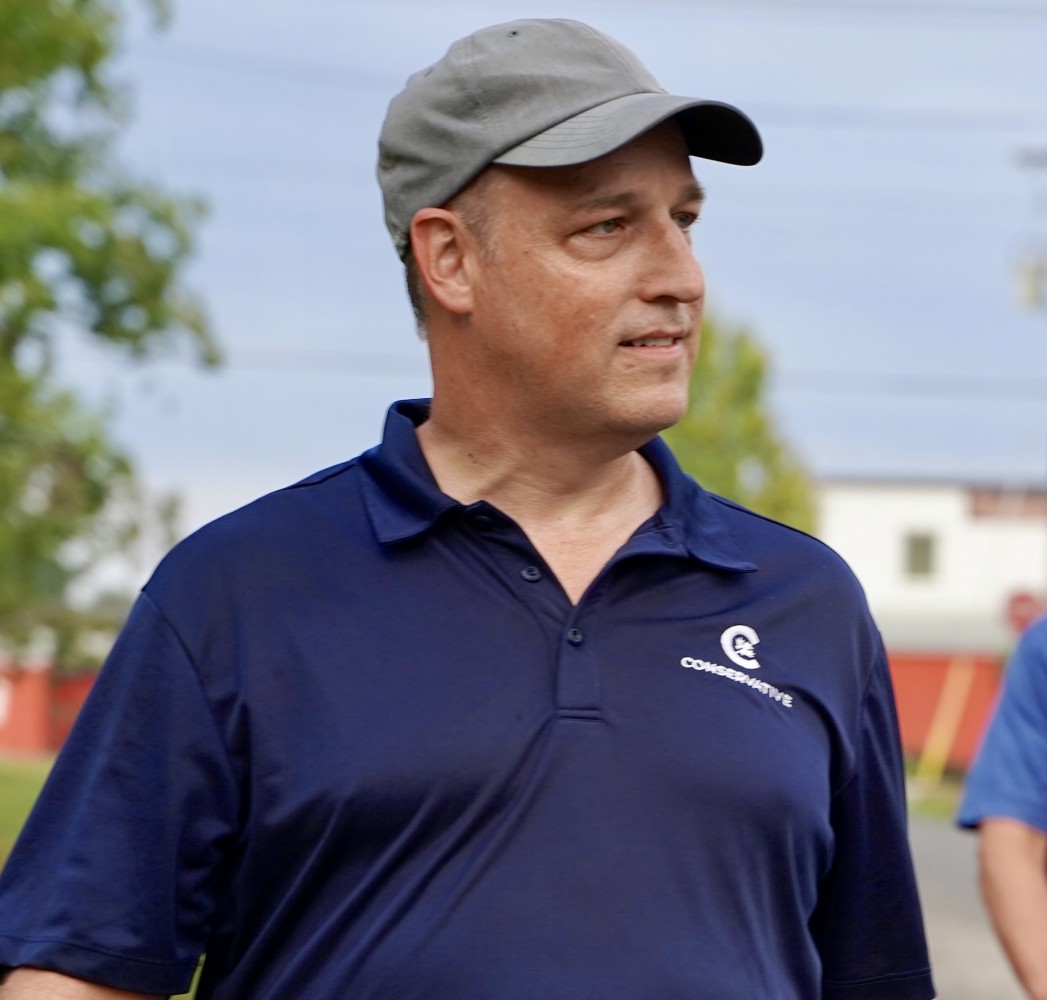 As Ontario’s capital, Toronto casts a long shadow. The city’s population and economic pull garner a lot of attention from upper levels of government when prioritizing needs.

Often, those needs extend out into surrounding municipalities as problems like gun and gang violence, or opportunities like interconnected high-order transit lines, which transcend municipal boundaries. These issues are regional and mean the needs of Toronto are synonymous with all those communities it’s intertwined with, like the vast network of highways that join them all together.

However, as the country’s sixth largest city, Mississauga has a list of specific needs of its own, but has been woefully underfunded compared to Toronto for decades. For Michael Ras, the Conservative Party of Canada candidate for Mississauga—Lakeshore, it’s time to pull the city out from the provincial capital’s shadow.

“I think that permeates the culture in Ottawa and in government as well, we’re just seen as a small suburb of Toronto, so Toronto’s issues become Mississauga’s issues,” he says. “There are similarities, the same concerns over guns and gangs, the same concerns over infrastructure, over transit, but there are differences and nuances and I think Mississauga needs to be treated, at the federal level, with a seat at the table that it deserves.”

Ras says the CPC platform does just that. In particular he points to the 5-year, $100-million commitment to train police officers across Canada to be better cyber investigators to help combat a disturbingly rapid rise in internet child exploitation.

This is a particularly significant issue in Peel where sexual crimes against children have been increasing at an alarming rate. Between 2014 and 2018, sex crimes against children surged 332 percent from 38 crimes in 2014 to 164 in 2018. Every year, the Internet Child Exploitation (ICE) Unit of the Peel Regional Police is dealing with more tips and reports from national organizations of children being exploited online.

“If any kid needs more investment it’s a kid that is being abused,” Ras says. “It’s a small item in our platform, but $100 million over five years is going to go a long way.” 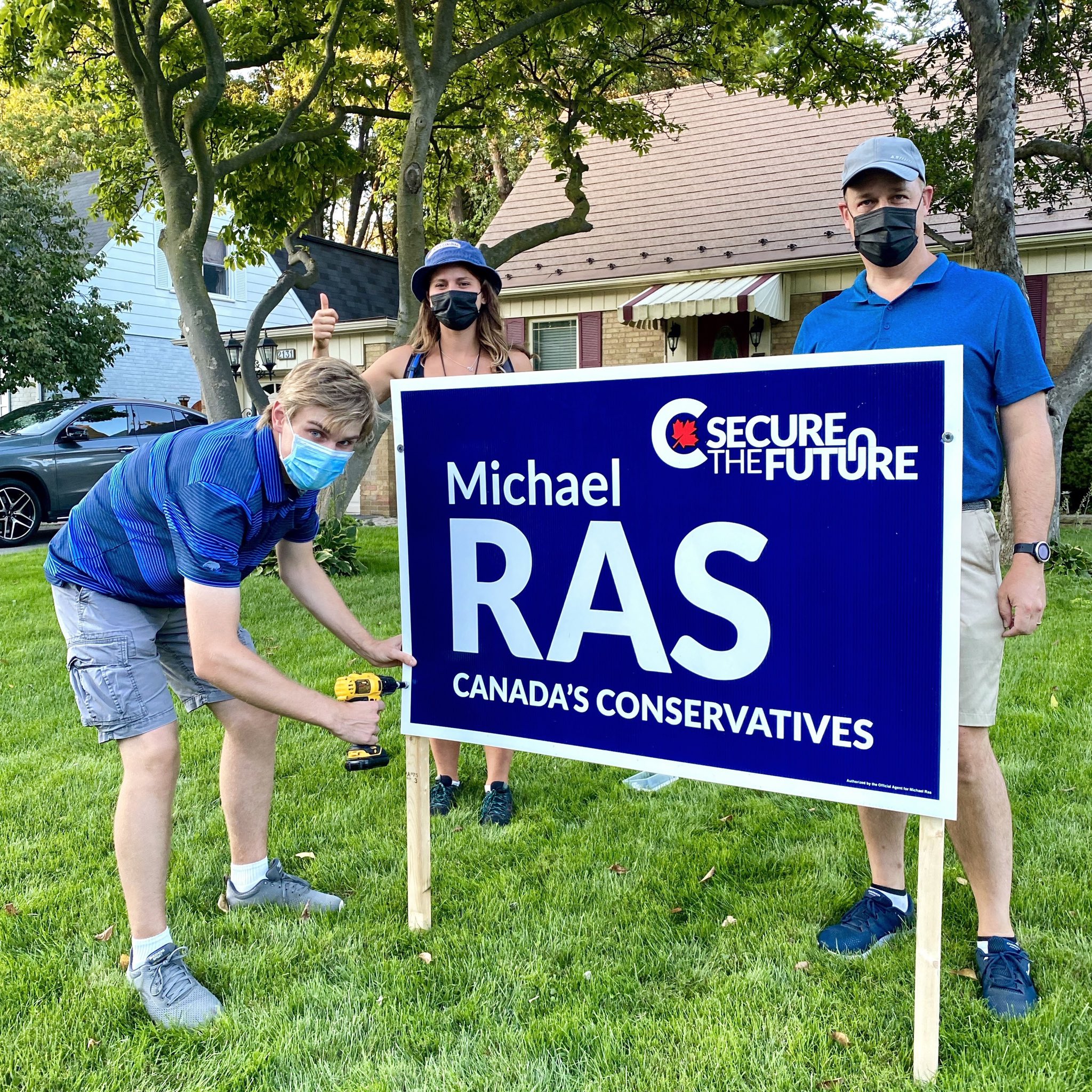 Mississauga—Lakeshore candidate Michael Ras says many of the Conservative Party’s priorities align with the needs of Mississauga.

As board member with Radius Child & Youth, an organization providing counselling and treatment services for children who experience trauma, Ras says he has seen first hand how the lack of funding is forcing the agency, and others like it, to try and do more with less, as Peel’s population continues to explode and more people require help.

“I’m seeing at the board table, at the governance table, the challenges that we have to stretch every dollar to serve more and more kids, and I’m thinking there’s gotta be a better way,” he says.

Ras also intends to advocate for investments into mental health and pandemic recovery. As the country continues to edge out of the public health crisis, more people will be looking for support to process and deal with the impacts of the last two years.

“There is not a family that I talk to that isn’t affected somewhere in their family, or somebody who has lost work or lost hours from the pandemic,” he says.

Mental health investments are desperately needed in Mississauga, which is one of the lowest funded regions in Ontario for mental health supports. The Mississauga Halton LHIN currently has one mental-health-bed per 78,500 people. By comparison, in Toronto Centre, one of the top-funded areas for such support, there is one mental-health-bed for every 3,500 people. The lack of resources leaves many without the assistance they desperately need.

In Mississauga—Lakeshore, Ras is contesting a riding that has been held by Liberal incumbent Sven Spengemann since 2015. Spengemann took the riding in 2019, earning himself a second term by garnering 48.3 percent of the vote. It was the lowest figure among the six Mississauga Liberal winners, who swept all of the city’s seats. Sarah Walji is running in the riding for the NDP, Elizabeth Robertson for the Green Party, and Vahid Seyfaie for the People’s Party of Canada.

Ras says the Liberal incumbents have not delivered for their city, despite having six years, four as a majority government, to push forward Mississauga’s needs, particularly aging infrastructure and projects to support climate change mitigation efforts at the municipal level.

“Building better wastewater infrastructure to handle the next flood isn’t exactly sexy, but boy is it critical, especially when your basement is being flooded,” he says. Instead, he claims Liberal incumbents are “more focused on the photo-op than... on the hard work and governance.”

As a resident of south Mississauga for over 15 years, Ras says his connection to the community is strong, and vows to keep lines of communication between him and his local constituents open by being available when he’s needed, and not a ghost in the nation’s capital.

“It’s hard work and showing up, and it’s about relationships,” he says.

Married to Ward 2 Mississauga Councillor Karen Ras, he says he doesn’t see a conflict in their roles, in fact, believes it could be beneficial to the city, pointing to Councillor Chris Fonseca and her husband, Liberal Peter Fonseca, another federal incumbent, as an example.

Most recently, Ras spent time working with Meridian Credit Union as the organization’s director of government relations. He also has connections to Conservative circles, working as a political staffer in the Ontario Red Tape Review Commission in 1995 under Mike Harris and has known CPC Leader Erin O’Toole for close to 25 years, something that could benefit him and his city if Ras is sent by voters to Ottawa, he says.