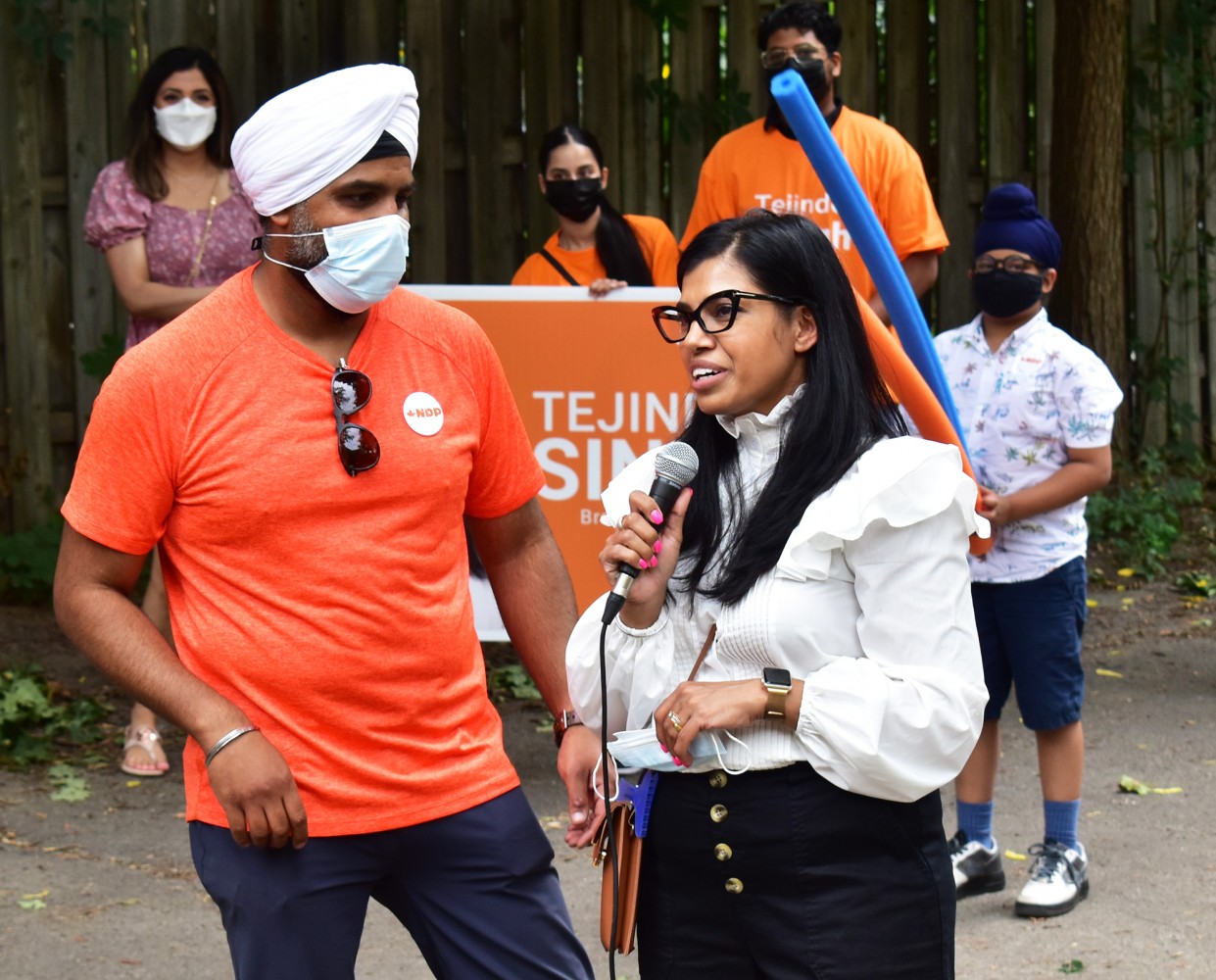 Tejinder Singh knows the winding cul de sacs of Brampton better than most.

The real estate agent has been showing houses to hopeful first-time homebuyers for years, working to help support her Brampton family.

As the election campaign nears its conclusion, Singh is experiencing her city in a new way. The NDP candidate for Brampton South is navigating the city’s streets, knocking on doors, trying to convince those who answer that she deserves a chance September 20, after decades of poor returns for the city under the Liberals and Conservatives.

Liberal incumbent Sonia Sidhu is contesting Brampton South, alongside Ramandeep Brar for the Conservative Party of Canada. Nicholas Craniotis is on the ballot for the People’s Party of Canada, while the Greens failed to nominate a candidate for the riding. 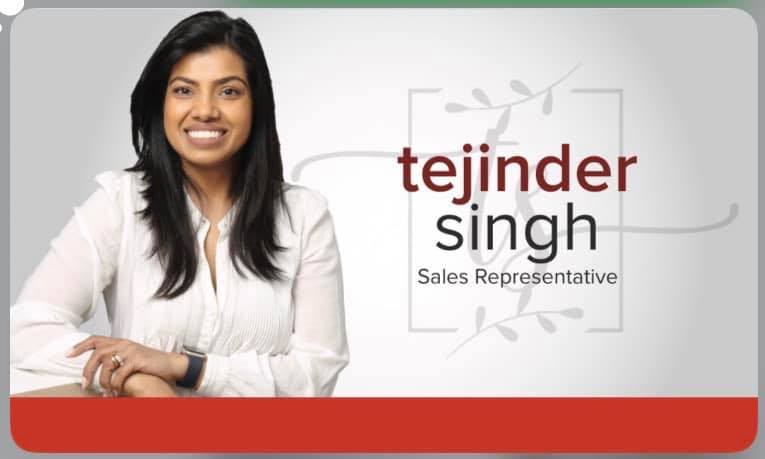 Tejinder Singh works as a realtor.

It’s Singh’s first time running for any political position. She says the decision was spurred, at least in part, by the NDP’s 2021 platform promises to introduce universal dental treatment and pharmacare across Canada.

“I am political in my own house,” she jokes, speaking with The Pointer. “I run my own house as my political office. My kids, you will hear from them stories if you wanted to, that’s my own office.”

Singh’s children are a big factor behind her key concerns. One of them still lives at home and is proof of how hard it can be for younger residents to step onto Peel’s broken housing ladder.

The average home in Brampton during August sold for $1.06 million, according to the Toronto Regional Real Estate Board, above the Peel average of $1.04 million. Supercharged prices, not helped by the pandemic, have exacerbated a crisis across the region, where 80 percent of residents cannot afford to rent or buy.

“I have been door-knocking and all I find is adult children living with their parents, and I also have an adult child living with us, and you know, it’s not easy for them,” Singh says.

“I take out first-time homebuyers, where they’re ready to buy, they have the money and they’re disappointed because bidding wars are taking place [making the houses] way out of their reach. And so at that point, they really don’t have any options [apart from] to either rent or move to another city and I want to keep our professionals here. I want to make it so that professionals are here, they’re going to be the next generation to grow Brampton.” 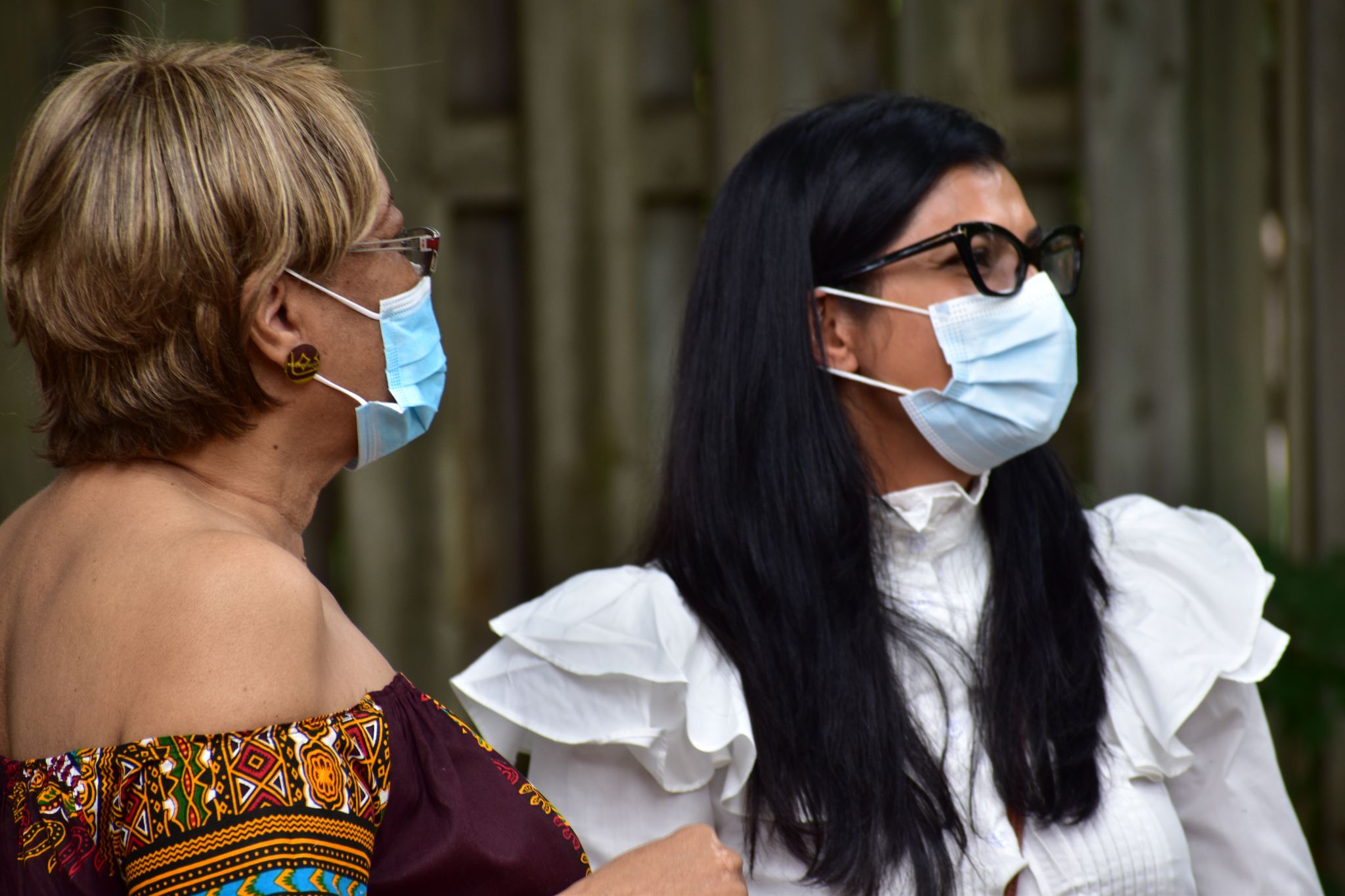 Singh during an event in Brampton on the weekend.

Alongside her job as a real estate agent, Singh is studying for her second undergraduate degree.

Her first was from the University of Toronto, and she’s now working toward another from Ryerson University in public health. She might eventually work in healthcare if she fails to win a seat in Ottawa.

“I want to press on social issues and I want to bring change to where it is needed,” she says.

The NDP has promised to introduce free prescription drugs and dental care for every Canadian if the party forms the next government. Better drug treatments and access to universal medicine would go a long way to reversing Brampton’s pandemic hotspot designation, she says. The national promise is part of the party’s 2021 platform.

Critics have said free dental care would be next to impossible in the face of provincial dental associations that are powerful and well funded, in the event of a potential future battle over the current private model.

In Brampton, where many essential frontline workers are not offered additional dental insurance coverage with their jobs, Singh says it is a key issue. 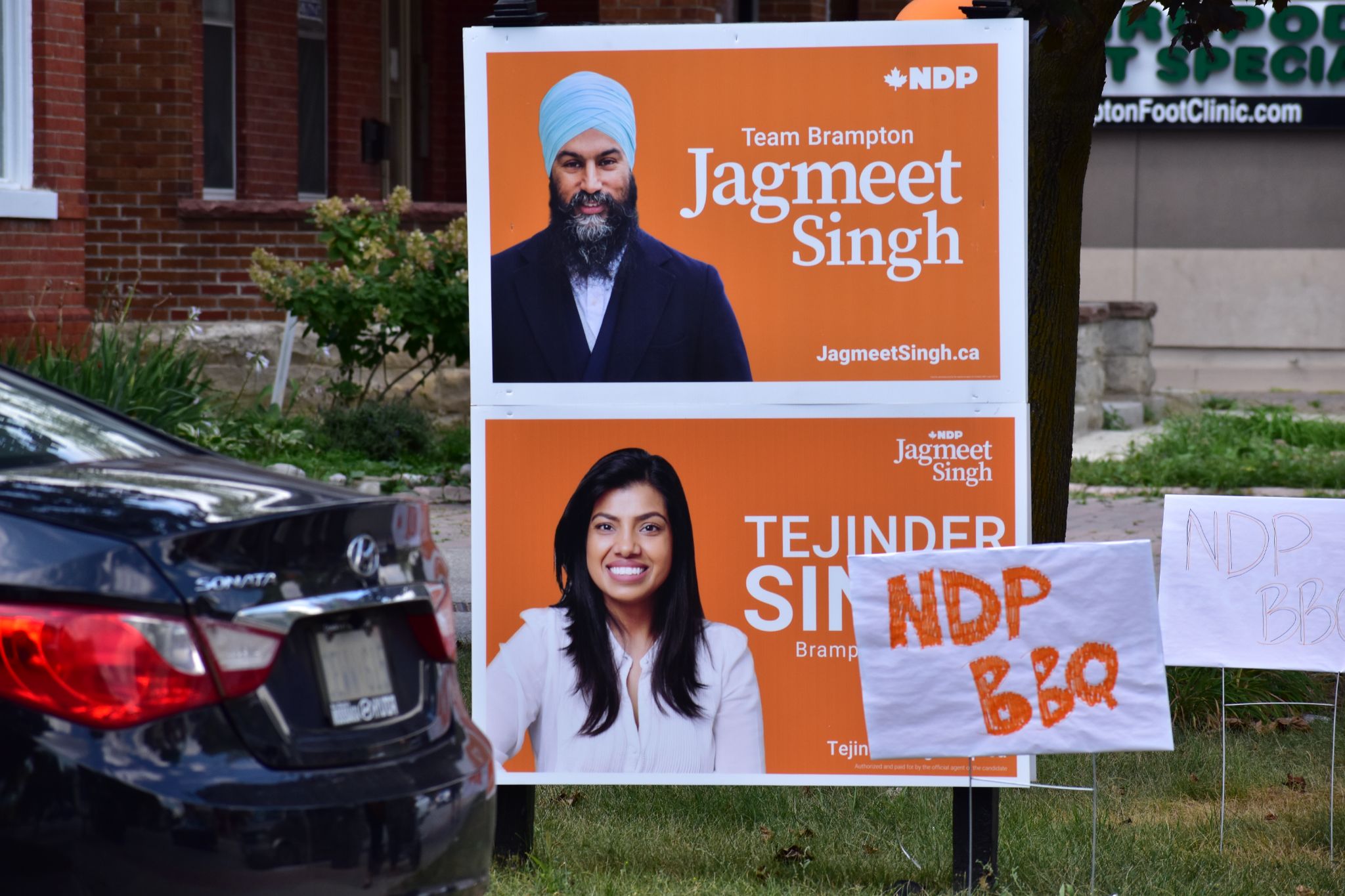 Singh says that a key national promise for better access to dental care is also very important in Brampton.

She says some residents are unable to retire or get stuck in jobs that don’t open new opportunities, because workers fear losing dental or other health benefits. Temporary workers in the gig economy, including delivery drivers for companies like Uber, toil without benefits, an issue also seen at many fulfilment centres, which are common in Brampton.

Not making workers dependent on employment that puts them at risk during a public health situation such as a pandemic, would go a long way toward mitigating risks faced by many Brampton residents during the ongoing pandemic. Singh says it is the most important issue in Brampton South.

“Locally, most workers, they’re worried,” she says. “For them, [it is also] the benefits they may lose with their job: dental care, pharmacare. That’s what Jagmeet Singh and we (the NDP) are wanting to push forward, to get that for the workers or people who cannot work anymore.”

“For example, my own mother-in-law, she’s 67, she could have retired,” she continues. “The only reason she is holding onto her work is so she can keep the benefits. I live that, she lives with me and we know how it is for people who are actually hardworking and they’re not getting anywhere. We want to be able to give them a fair chance, and that’s the way we can start, at least.” 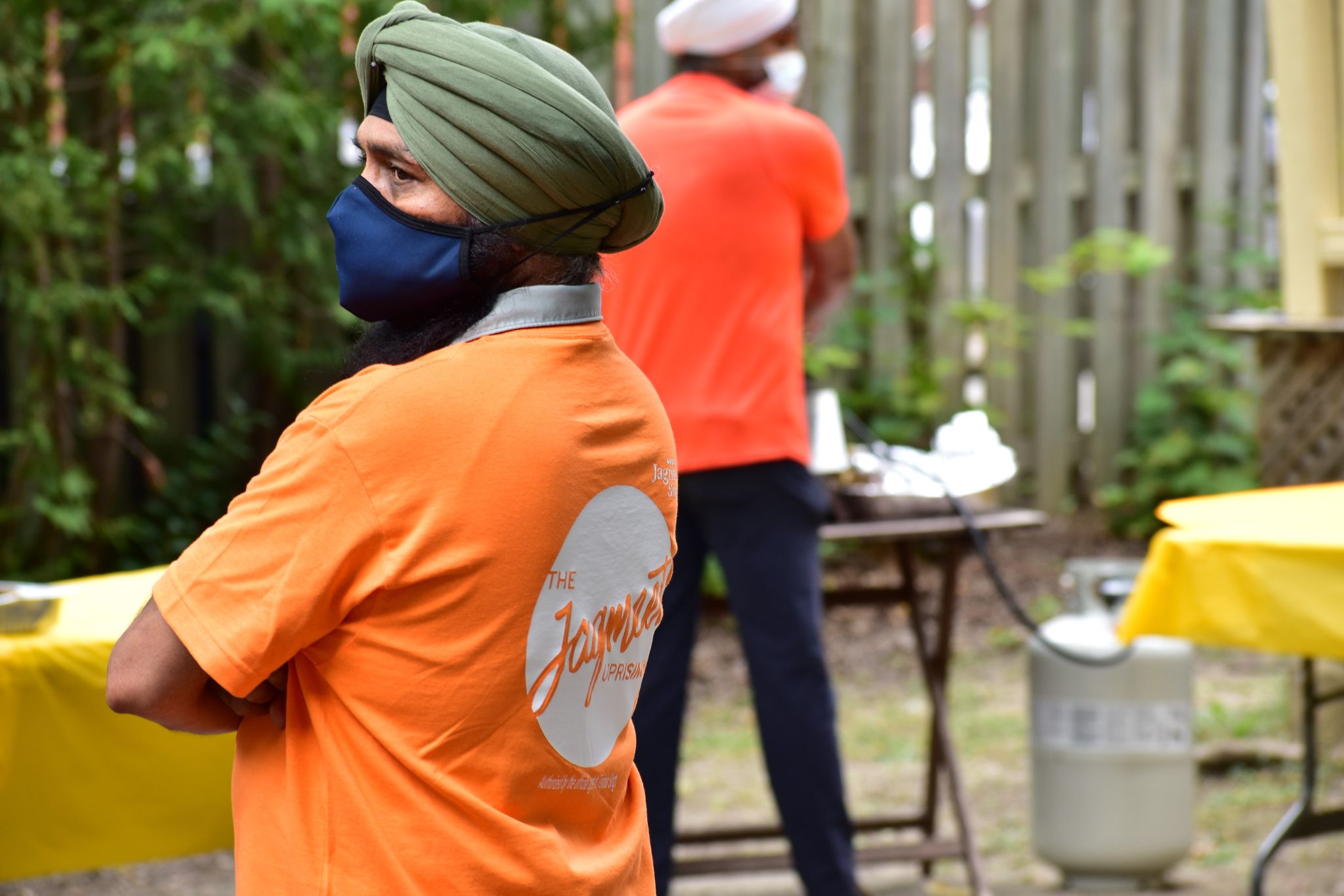 A supporter at Singh’s weekend event.

Building a desperately needed new hospital in Brampton was a key pledge from the NDP last election. It was a promise Jagmeet Singh said he would deliver, even if he did not win a majority. Yet, his advocacy around the promise quickly disappeared after the campaign was over and Brampton failed to send any NDP MPs to Ottawa.

This time around, the Party’s leadership has made no such promise and the hyper-local campaign it ran in Brampton two years ago has vanished. The 2019 election saw candidates promise voters funding for a university and a new hospital, while in 2021 Jagmeet Singh, who began his political career here (with a Brampton seat at Queen’s Park) has not held even one major campaign event in the city.

Despite this silence, Tejinder Singh, who has had family members suffer through hallway medical treatment, says more needs to be done for Brampton. The election hopeful did not make any specific healthcare promises, beyond the Party’s commitments around dental care and a national pharmacare program, but says she would support Brampton’s infrastructure requests to the federal government, with transit funding being one of her priorities.

“I would advocate for the fact that we need proper transit,” Singh said. “Try to bring in people to be able to bring in money here. There is a university but there is no way for people to travel efficiently… Me being a university student, having to commute, I understand their issues, student issues, and that is something we should push for, so the commute is cut in half at least.”