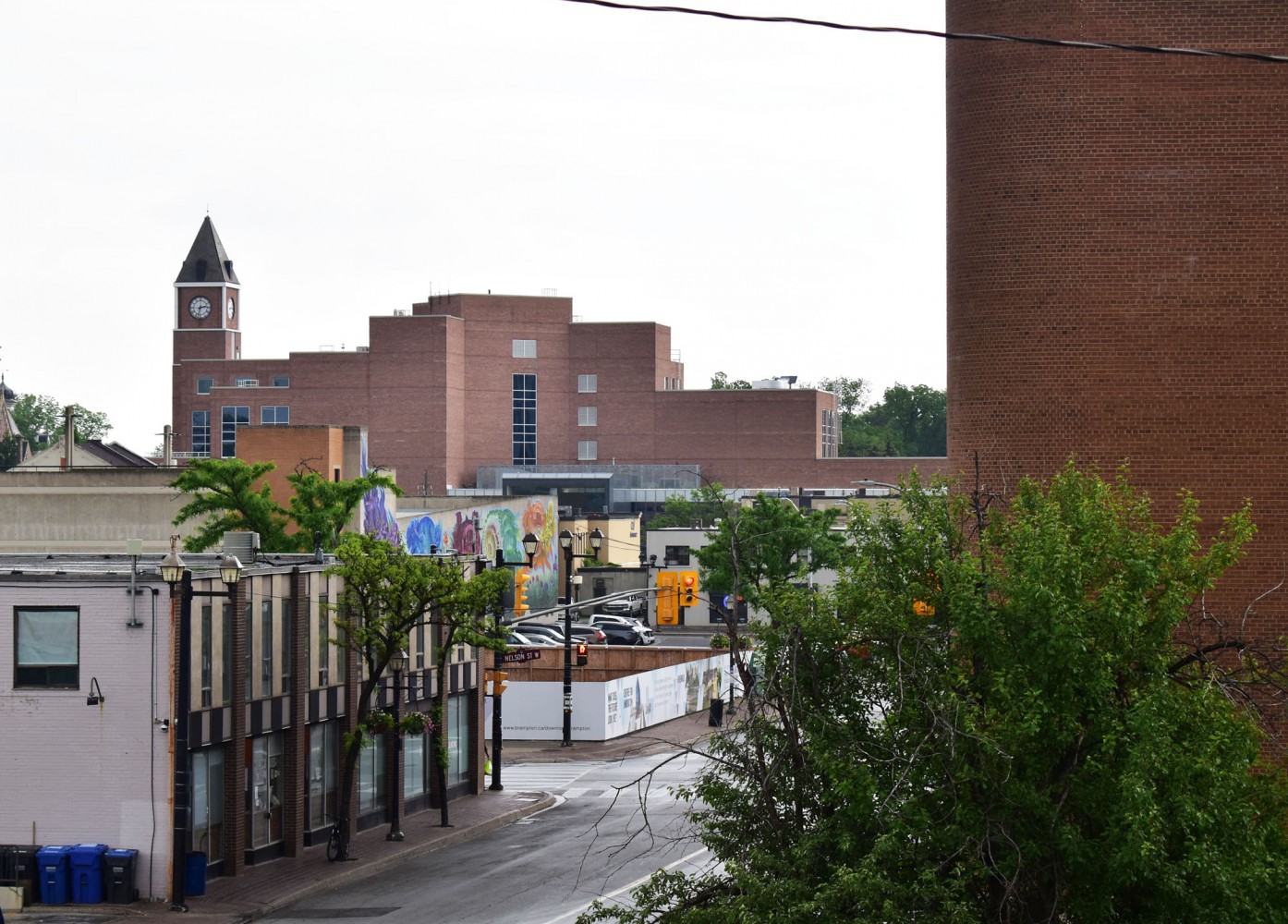 ‘This is everyday stuff’: Brampton Councillors not impressed with report on temporary improvements for downtown

Downtown business owners were promised exciting developments back in 2018. Aging water and sewer mains would be replaced and the threat of flooded basements as a result of deteriorating pipes would finally be gone. Promises for a redesigned streetscape meant more parking for businesses, wider sidewalks for pedestrians, and a beautiful downtown that was no longer an eye sore.

None of this has come to fruition. Business owners have instead been told one empty promise after another about improvements that never come. 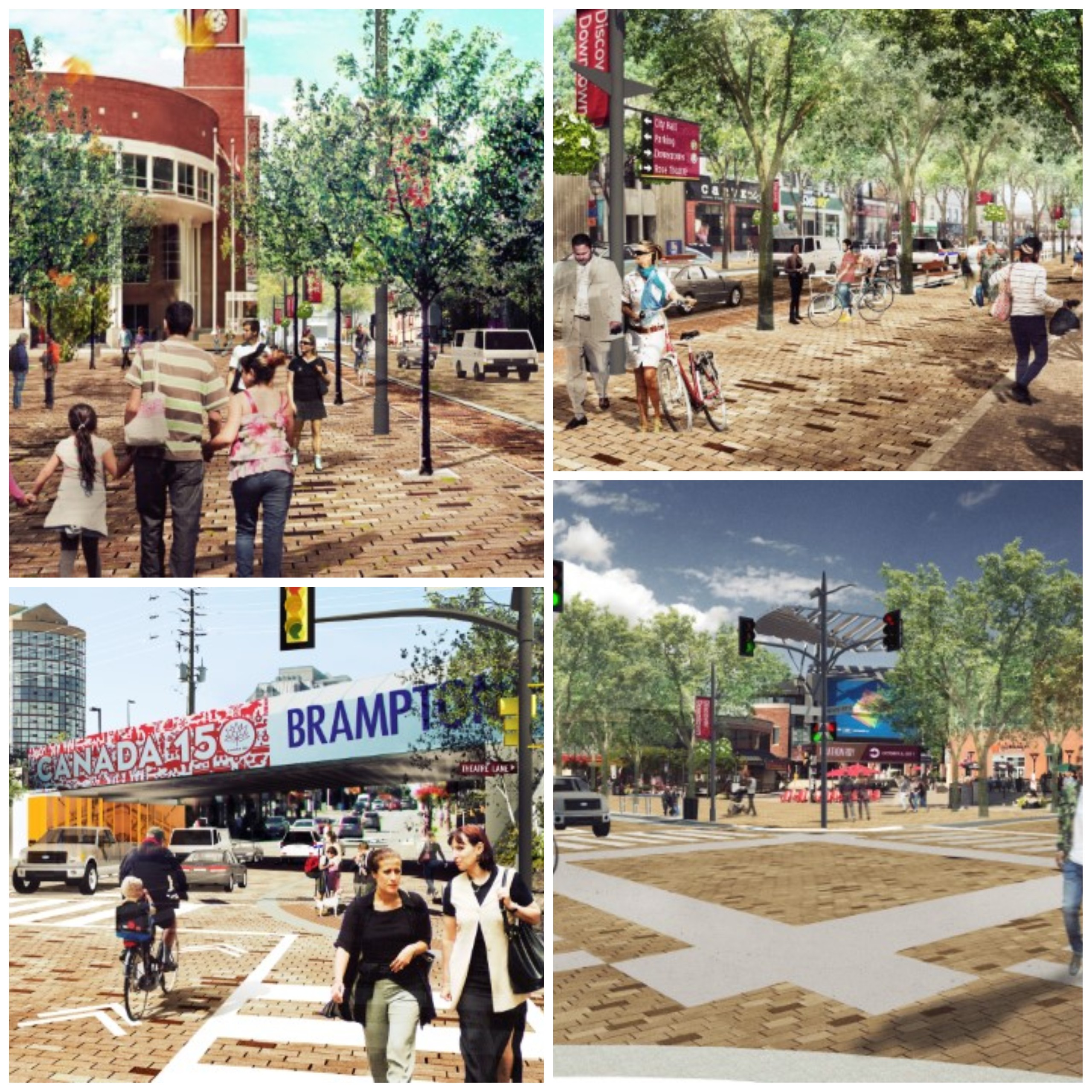 The vision for downtown Brampton as outlined in Downtown Reimagined.

(Renderings from City of Brampton)

“What I fear most is that our downtown will be short on beauty and big on makeup,” Rick Evans, board member and secretary of the Downtown Business Improvement Area (BIA), told Committee of Council last Wednesday.

Evans was referencing a staff report outlining possible “meanwhile strategies” the City could take to improve the Four Corners while the Region of Peel completes temporary water main replacement work. The work outlined in the report can’t even be classified as a consolation prize, as it is essentially a band aid designed to stem the bleeding while Region of Peel construction takes over the downtown for as long as two years. It’s a timeframe many business owners fear they will not survive.

Staff were directed at the May 19 City Council meeting to develop a plan for accommodating possible Main Street LRT and revitalization efforts while the Region of Peel completes its infrastructure repairs. The motion, moved by Mayor Patrick Brown, and seconded by Regional Councillor Rowena Santos (who represents downtown), asked for staff to work on elements that could be immediately implemented. The motion also pushed for the Region to delay its work while staff prepared the report, a request that was turned down by regional councillors.

At the May 27 Regional Council meeting,  the majority of councillors voted against the request after regional staff explained the work being conducted is to repair underground infrastructure at a “high risk of failure”. The Region decided in June 2020, despite continued delays from the City of Brampton, that it would press forward with the infrastructure work, at a cost of $6.7 million, because waiting was not an option. The decision was upheld.

Staff used Wednesday as an opportunity to discuss streetscape work that could be completed while the Region is installing water mains.

Some of these strategies include temporary art installations or offering pop-up retail in the downtown core. Options like treating road surfaces, additional planters, and changing lights in Garden Square were also part of the report.

Councillors were not impressed.

“I do strongly feel that, I'm not blaming anyone here, but a lot of these initiatives that you put up on the board could be part of regular maintenance,” City Councillor Doug Whillans (Wards 2 and 6) said.

Bowman said he wants to see this list of initiatives changed before staff present a final report to council. Evans, along with his fellow delegate, BIA executive director Suzy Godfrey, wanted to see timelines attached to the streetscape options staff presented.

“Anything to promote a better streetscape and environment downtown is needed, and that said, it’s needed now,” Evans said.

Brampton’s downtown businesses were promised a redevelopment plan in 2011. Everything was set to go ahead after seven years of planning between the City and Region.

The project was named Downtown Reimagined and was meant to replace the decades old sewer and water mains, beautify the streetscape, upgrade buildings and add aesthetic features to the crumbling downtown core. The plan was approved on May 16, 2018, and subsequent signage announcing an “exciting transformation” was plastered all over downtown. 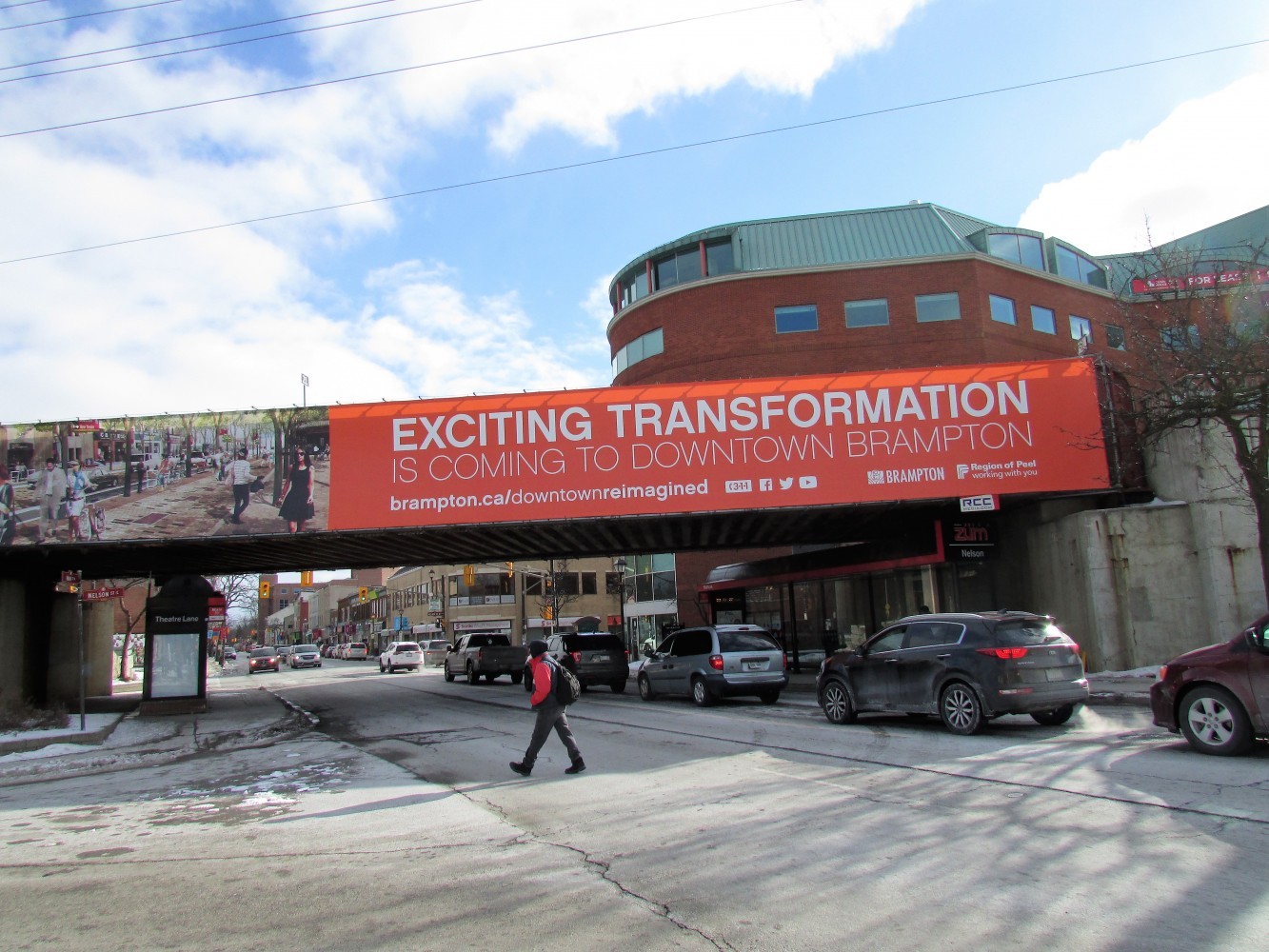 The Region of Peel put out a tender and had plans drawn up for the much needed changes, all set to conclude in 2021.

But all of this occurred before Mayor Patrick Brown was elected. One of his first orders of business saw him cancelling the plan — an expensive project that did not fit with his desire for subsequent tax freezes — leaving the downtown to deteriorate further.

Any new work in the downtown will be complicated by the ongoing question mark surrounding the future route of the proposed Hurontario LRT extension through downtown. During last month’s discussion, Jayne Holmes, the former acting commissioner of public works and engineering, said it would be difficult to follow the May 19 motion because there isn’t a preferred LRT route option at this time. Council has to decide between a surface route or an underground route, and the unknown surrounding which route will be finalized makes it difficult to plan for interim projects.

At the meeting, staff said the environmental assessment (EA) for the Hurontario LRT wrapped up and a report would likely be presented to Council in September. The EA explored three options: a surface option, a one-way loop along Main Street and George Street, and underground tunnel option.

Staff revealed Wednesday it had narrowed down preferred alignment options for the surface route and underground tunnel, but would need to do more work before Council could make its decision. Both options have been moved to the preliminary design phase.

Either way, businesses will continue to suffer, a reality that was laid bare by Evans at the May Regional Council meeting. He said business can’t afford a water main to break, but the continuous disruptions that will come from ongoing construction will also not be ideal. The Region’s proposed construction is estimated to take two years to complete, and any decision made on an impending LRT could lead to devastating impacts, similar to what was seen in Toronto.

Last year, Toronto councillor Mike Colle shared the ongoing construction of the Eglinton Crosstown LRT caused 100 small businesses to shut their doors. The construction “resulted in road and sidewalk closures, construction trailers, and heavy equipment obstructing store visibility and access resulting in millions of dollars in lost income and hundreds of job losses for small business,” he said at the time.