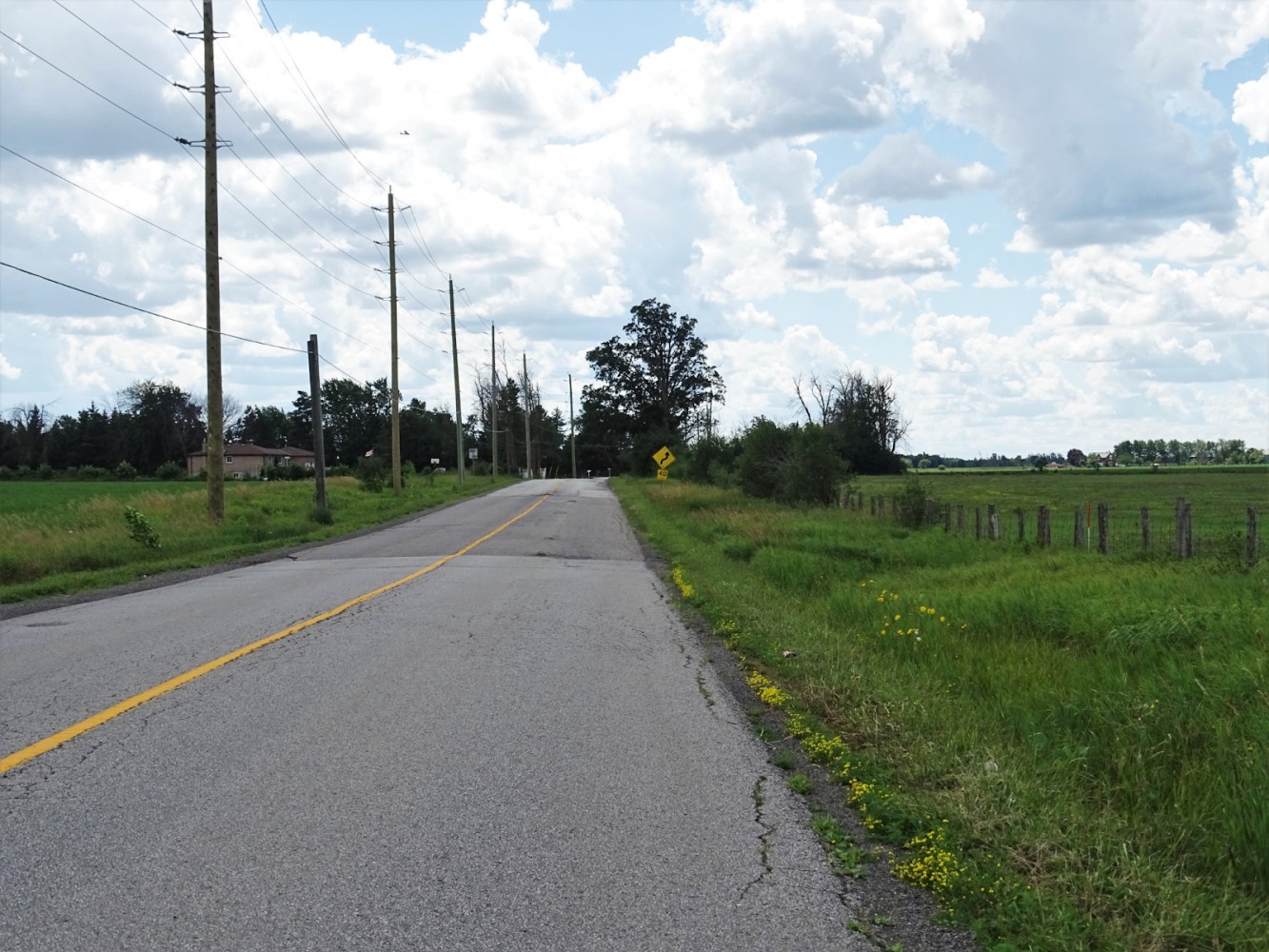 Conversations about the controversial GTA West Highway are over in Peel, local politicians have indicated.

During the Region of Peel’s most recent council meeting, Mississauga Ward 5 Councillor Carolyn Parrish moved to delete a presentation on the proposed 400-series highway by the Ministry of Transportation from the agenda. Parrish has been one of council’s most vocal critics against the project, also known as Highway 413, penning motions opposing it that went before Mississauga and Region of Peel council tables.

On Thursday morning, as councillors finalized their agenda, Chair Nando Ianniccaa asked his colleagues if they would consider last minute additions. Several of the late submissions were from community advocates calling on councillors to hold firm in their opposition to the highway project.

Parrish moved to reject the letters for missing regional deadlines and also asked to strike the Ministry of Transportation from the running order. Her colleagues unanimously accepted her rationale, endorsing her position that listening to another push for the highway was “a waste of our valuable time”.

“Full court press by MTO hoping Peel Council would reconsider our opposition to 413 Hwy,” she tweeted. “On agenda with engineering consultants today to speak, but no new information. At ‘Approval of the Agenda’ I moved to remove the delegation. Peel, affected by the highway, remains opposed.”

In a separate message, she said the Region does not “need to be harangued” by the Province over a decision it had already made. “I must say I agree with everything she has said,” Chair Iannicca said during the meeting. 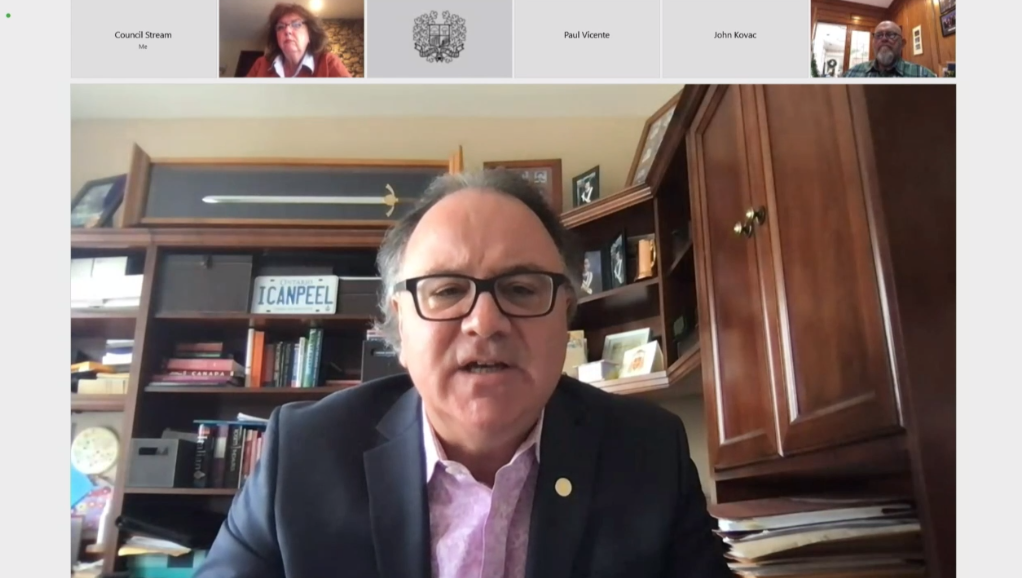 Regional councillors refused to hear a provincial presentation on the GTA West Highway.

(Image screenshot from the Region of Peel)

Natasha Tremblay, press secretary to the Minister of Transportation, told The Pointer the Province had hoped to provide “a general update” on the GTA West Highway and “correct misinformation” around the project. The slides for the draft presentation include a provincial claim the highway will save 30 minutes for commuters travelling from end-to-end, compared to the 30 second saving across the region found by an independent panel in 2018.

“Ministry staff met with the regional staff on June 23rd to provide a project status update and to obtain technical input required for the environmental assessment and preliminary design phase,” Tremblay wrote. “The ministry welcomes future opportunities to present to Peel Regional Council.”

In March, the Region of Peel voted to oppose the construction of the proposed highway and its route through northwest Brampton and south Caledon. The local rejection came after Mississauga voted against the project and Brampton and Caledon both backed calls for the federal government to take over the highway’s environmental assessment process.

On May 3, Ottawa announced the first step on a road to potentially seizing control from Ontario, using powers under the Impact Assessment Act (IAA). Minister of Environment and Climate Change, Jonathan Wilkinson, designated the project to qualify for a federal assessment, citing federally protected species as the key reason for his decision.

The move means Queen’s Park is required to submit a project description. This document will lay out the government’s plans to mitigate the negative impacts the highway could have on three endangered species: western chorus frog, red-headed woodpecker and rapids clubtail (a small dragonfly).

There is no timeline for the Province to complete its project description, with the whole process on hold until it is submitted. 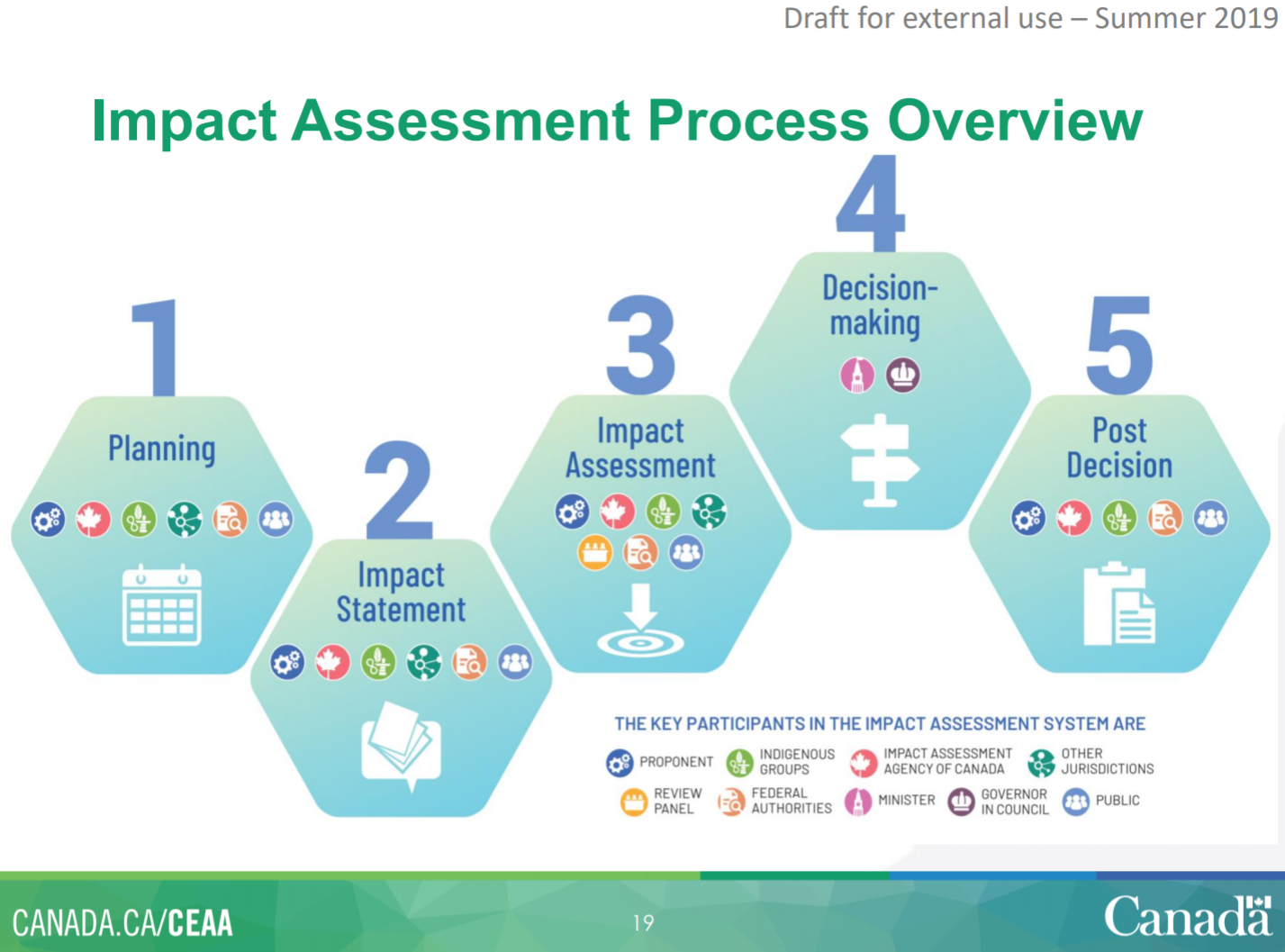 If the federal government takes over the assessment of the GTA West Highway, a lengthy review process could follow.

(Image from Government of Canada)

The document is pivotal to how the federal assessment proceeds: if Ontario can demonstrate it can mitigate the impacts of Highway 413 on the three endangered species, the federal government will return control of the project. If it cannot, a lengthy process will begin.

“The Ontario Ministry of Transportation is now required to provide the Impact Assessment Agency of Canada with an initial project description for its proposed GTA West Project,” a spokesperson for the federal government told The Pointer. They confirmed the timing of this document lies in the hands of the Province.

When Ontario does submit its project description, the planning phase of the project’s review will begin. This should last 180 days and result in a decision on whether the federal government will take over the project’s assessment.

“The planning phase of the project’s review under the IAA, for which the purpose is to determine if an impact assessment is required, will start once the Agency’s (sic) accepts the proponent’s initial project description,” the federal spokesperson wrote.

If Ottawa decides a full impact assessment is required, the process could take up to three years. As the process rumbles on, Ontario is stubbornly continuing its own assessment, setting itself up for a situation in which the federal government relinquishes the route from its control.

“We are fully committed to continued consultation as part of the Environmental Assessment (EA) process,” Tremblay wrote. “We are following through with the EA process, and this work will ultimately determine if this is a viable project for York, Peel and Halton Regions.” 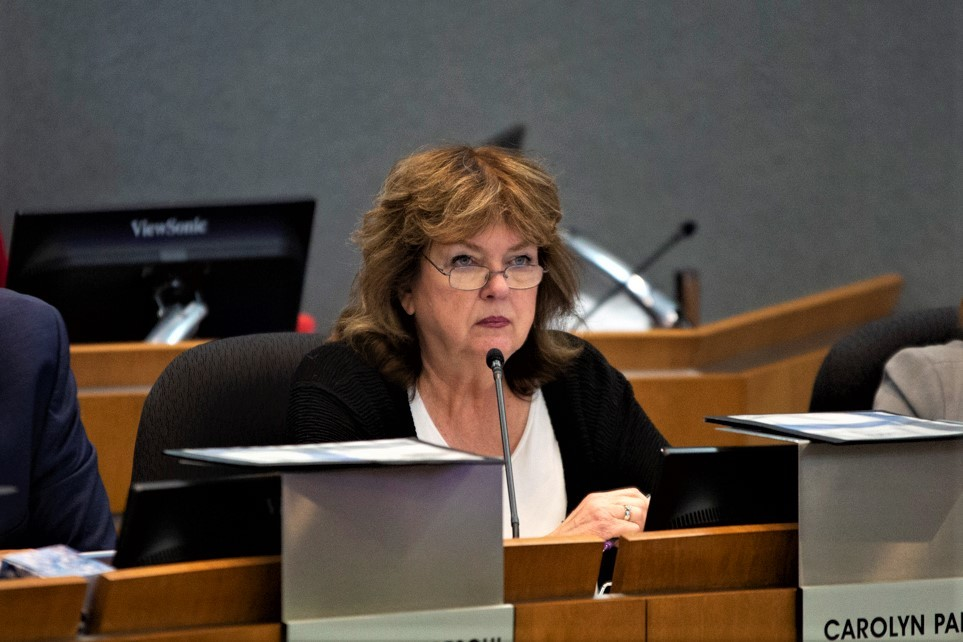 Environmental Defence and a large group of community advocates led public opposition to the highway in Peel Region.

In total, 22,000 people signed up to an action organized by the group, helping residents write to elected officials. Another 1,670 community members submitted official comments to the Impact Assessment Agency of Canada (IAAC) through a web portal; 90 percent of them were opposed to the project.

Opposition to the highway was strengthened during 2020, when Premier Doug Ford and his Progressive Conservative Government passed legislation designed to put shovels in the ground for the project significantly faster. The rules could allow early work on the project, including the construction of bridges, to begin before the rigorous scientific study to inform an environmental assessment is completed.

“The Impact Assessment Agency of Canada and other federal departments have identified clear areas of federal concern relating to this project,” Wilkinson said in his May 3 statement. “My decision is based on their findings that this project may cause adverse direct or incidental effects on federally-listed species at risk, and the uncertainty that officials have brought to my attention around whether those effects can be mitigated through project design or existing mechanisms.”

An investigation by The Pointer found nearly 30 at-risk species lie within the approved corridor for the highway. Many would face serious adverse impacts. 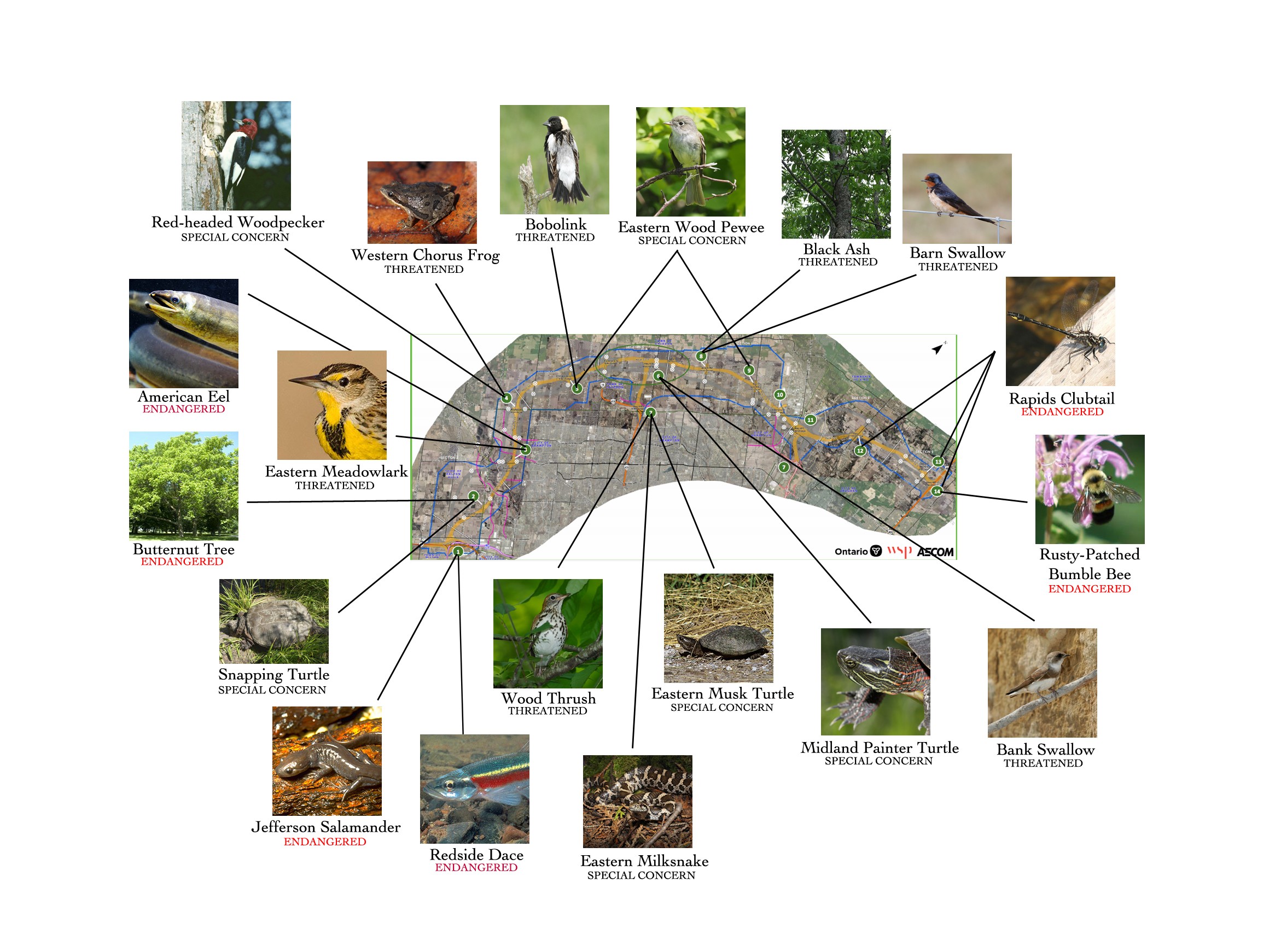 Endangered, threatened and species of special concern found along the proposed path of the GTA West Corridor.

The Pointer’s investigation confirmed 29 species either listed as endangered, threatened or of special concern have been spotted along the highway’s route in the last 6 months, 21 of them inside the areas where proposed interchanges could be built, transforming valuable habitat into a hub of automobile traffic and human activity.

The recent IAAC analysis cited three species in particular; the westerm chorus frog, the red-headed woodpecker, and the rapids clubtail dragonfly, and concerns around the destruction of their habitat. It noted concern the project would be unable to mitigate adverse effects on these species at-risk, or these species are not adequately protected under provincial legislation.

In the face of pressure from both sides, Peel’s leaders have decided they don’t want to have the conversation again. Councillors made a decision in March they do not intend to revisit.

As the proposed highway is buffeted by federal and provincial pressures, Brampton, Caledon and Mississauga will stand by. The three municipalities await an official decision, their position unchanged.