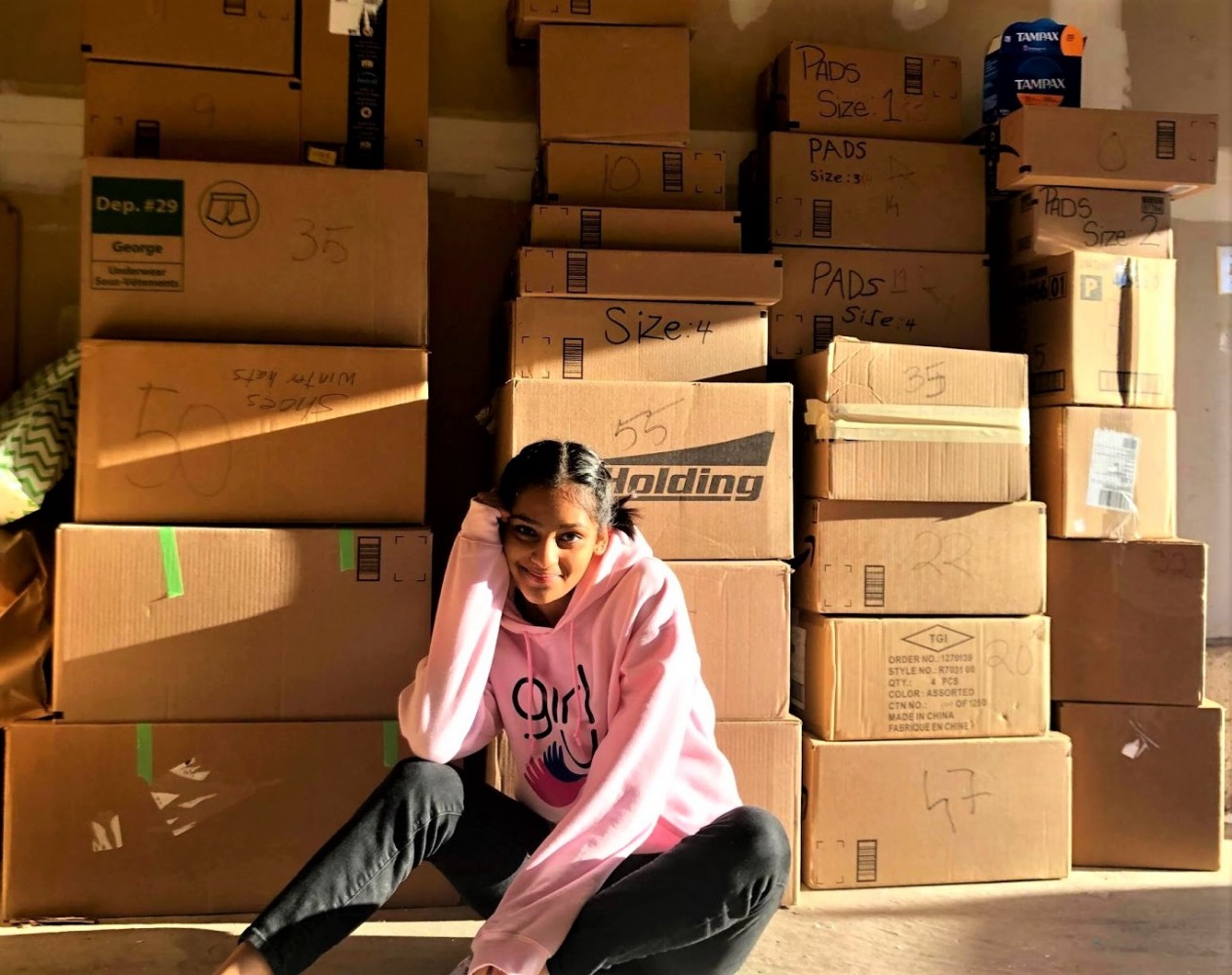 Imagine having to bring your own toilet paper and hand soap every time you use a public restroom. The thought is ridiculous – these items are vital to basic hygiene.

Yet many across the country can’t escape this bizarre reality when they’re forced to supply their own feminine hygiene products.

“This is a basic right,” Keyna Sarkar told The Pointer. “Why not pads and tampons? How are they any different?”

Feminine hygiene products aren’t any different to other necessities offered in public restrooms, but unlike toilet paper and hand wash, the products have rarely been offered in public washrooms and support for the idea has too often faced prudish attitudes toward a basic fact of female biology.

It’s taboo to talk about menstruation openly in many cultures across the world and the sign of good reproductive health is seen as an unsavory subject. Some cultures forbid certain types of interaction during menstruation and ban those experiencing their period from places of worship. Others are confined to “menstruation huts” used in particular parts of South Asia and Africa (Nepal, Ethiopia for example) as isolated structures even though they often lack proper ventilation. Those inside are forbidden from touching other people or objects.

The stigma has led many to talk about the topic in hushed tones, often using euphemisms (like “time of month” and “Aunt Flo”) to hide behind, instead of dealing openly with personal needs around a biological event that occurs approximately once every four weeks.

A 2018 study from Plan International Canada (PIC) found 41 percent of female respondents were teased for being on their period and 63 percent said they had to hide feminine hygiene products if they were bringing them to the washroom at school or work. This number jumps to 81 percent for women under 25. “It’s hidden because it’s stigmatized so deeply, for no apparent reason,” the Brampton high schooler said.

There are billions of females around the world who experience menstruation and use feminine hygiene products, and the secrecy, something Sarkar personally experienced, doesn't make sense to her.

Sarkar and her family resided in Dubai before they moved to Brampton and menstruation was not a subject people spoke freely about, even in Sarkar’s all-girls class. Her teachers told her it was an “awkward” subject. Sarkar recalled the hesitancy in their voices that barely went above a whisper. “That doesn't mean you're just going to ignore it. It's something super important. There were girls who thought they were going to die.” 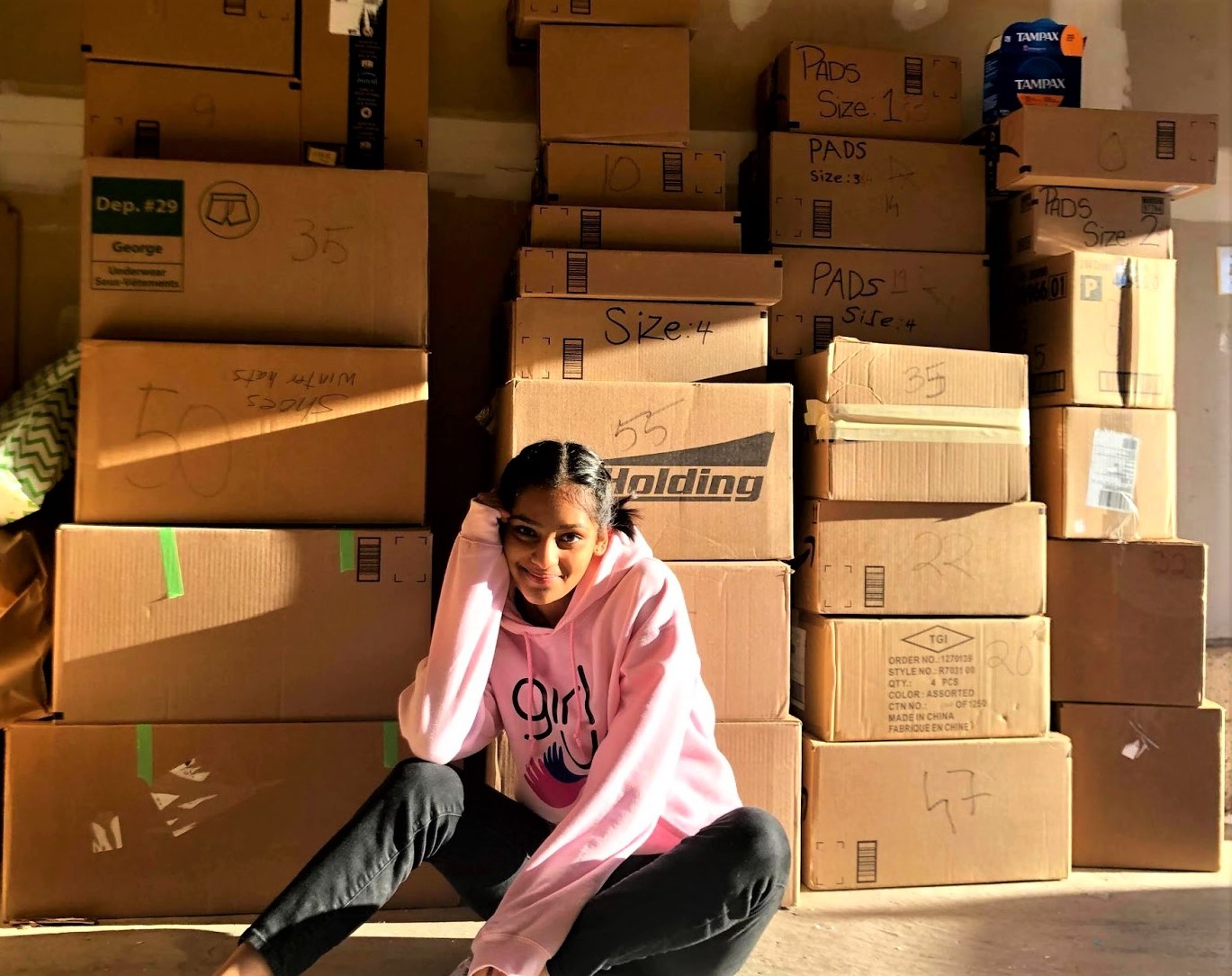 Sarkar said the issue can be just as hard to speak about in Canada. While some feel comfortable, she has seen many who are “very scared” to discuss their own body’s reproductive process.

She credits her mother for empowering her on a topic that she herself was originally reluctant to speak of. “She’s like, ‘In our culture it's not spoken about, but I think it should be. So I'm going to start talking about it with you and know that you can reach out to any of the males in our family if you ever need to because we're going to start this from our household’.” Her family members have stayed true to their word, and she says she approaches her dad, uncle, or grandfather if she ever needs anything.

Others aren’t as lucky, and Sarkar said there are many girls her age who struggle with purchasing menstrual products. In some cases, they or their families may not be able to afford them, or they may not feel comfortable asking.

This is commonly known as period poverty: the struggle of many low income individuals unable to afford menstrual products and related items like underwear and pain medication, according to the United Nations.

In some cases, the same sanitary product is used for hours at a time without being changed, increasing the risk of infections, including toxic shock syndrome. While this is rare, it requires immediate medical attention if it occurs. Using products besides sanitary items, like rags or cotton pads, can also lead to trouble.

Advocacy group Canadian Menstruators estimated nearly $520 million was spent on menstrual hygiene products by approximately 17.8 million Canadian women between 12 and 49 in 2014, breaking down to roughly $29 per person annually.

Other estimates are much higher; Chatelaine estimates a cost of $65.82 every year. An analysis from Huffington Post showed menstruation will cost more than $18,000 over a lifetime; PIC found 33 percent of females under 25 have struggled to afford products for themselves or their dependents and 75 percent have missed school or work because of their period.

The Toronto Youth Cabinet (TYC), a youth advisory body in Toronto, sent a statement to Stephen Lecce, the Minister of Education, in March asking for the Province to require all 76 school boards across Ontario to provide free menstrual products in secondary and elementary schools.

Stephen Mensah, TYC’s executive director, told The Pointer the group has not received a direct response from the Minister. “We are still waiting to meet directly with him on this issue.”

Other provinces have already taken action; B.C. was the first in 2019, and P.E.I followed suit soon after. Similar discussions are also taking place in Quebec.

Some school boards have taken the step independently. The Toronto District School Board voted to provide free menstrual products to all its schools in 2019. Peel District School Board’s 2020-2021 budget includes such products to be introduced in phases. Phase one focuses on secondary schools and phase two, expected to be rolled out in the coming months, will expand the program to elementary schools. The Dufferin Peel Catholic District School Board is working to retrofit existing dispensers in their 26 secondary schools, expected to be completed by June 30. Elementary students will be part of Phase 2, Bruce Campbell, general manager of communications told The Pointer. A date was not provided to when the school board would enter this phase. The average age for a first period is 12-years-old, but it differs from person to person. 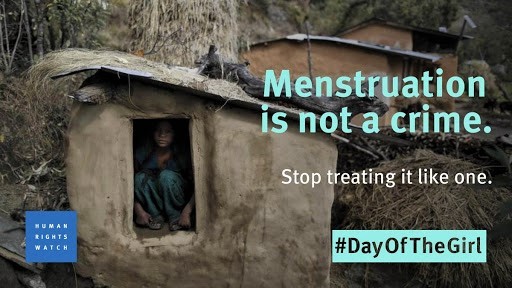 Sarkar is happy to see, what she calls, the “red movement” make its way across Canada but she wants more to be done faster. It inspired her to start a chapter of Girl Up in Brampton this past September. The non-profit organization is a UN initiative focused on empowering women across the world.

The group’s first initiative, a sanitary kit drive held in December, saw them collect 10,000 products in Brampton within three weeks. Sarkar drove around for days picking up donations from whoever was offering them in the community. She admitted the group was apprehensive of the initiative given the stigma around the topic among many in the community. But Sarkar has been pleasantly surprised.

“I knew that seeing the change starting up within moms like mine, there are definitely other moms outside who are willing, and there absolutely were.” Donations went to womens’ shelters across the GTA and were shipped to Indigenous communities in Nunavut and Quebec.

In her latest push, Sarkar took on Brampton City Council, delegating members who she implored to take responsibility for providing menstrual products in all City run facilities. Her push led to council approving a plan to pay for products in all City-run women’s and gender neutral bathrooms and change rooms. In total, 49 facilities will see the installation of a dispenser, at a total cost of $52,400, while annual estimated costs are $73,913.

Sarkar was not expecting the discussion to be as agreeable as it was. “I was completely ready to fight,” citing the challenges her fellow advocates have faced while presenting a similar request to other municipalities. “They (in other jurisdictions) had some really, very stupid excuses from council members that saying that no, this doesn't make sense.”

That wasn’t the case at Brampton City Hall.

Brampton is now one of a handful of cities offering the service to its residents; London became the first when it began a pilot project in September 2019.

She has plans to make her pitch to restaurants and other facilities, but she feels “the smarter way to go about it is actually starting [with] the government first” and then approaching businesses. “I feel like the government is the one that models and sets an example.”