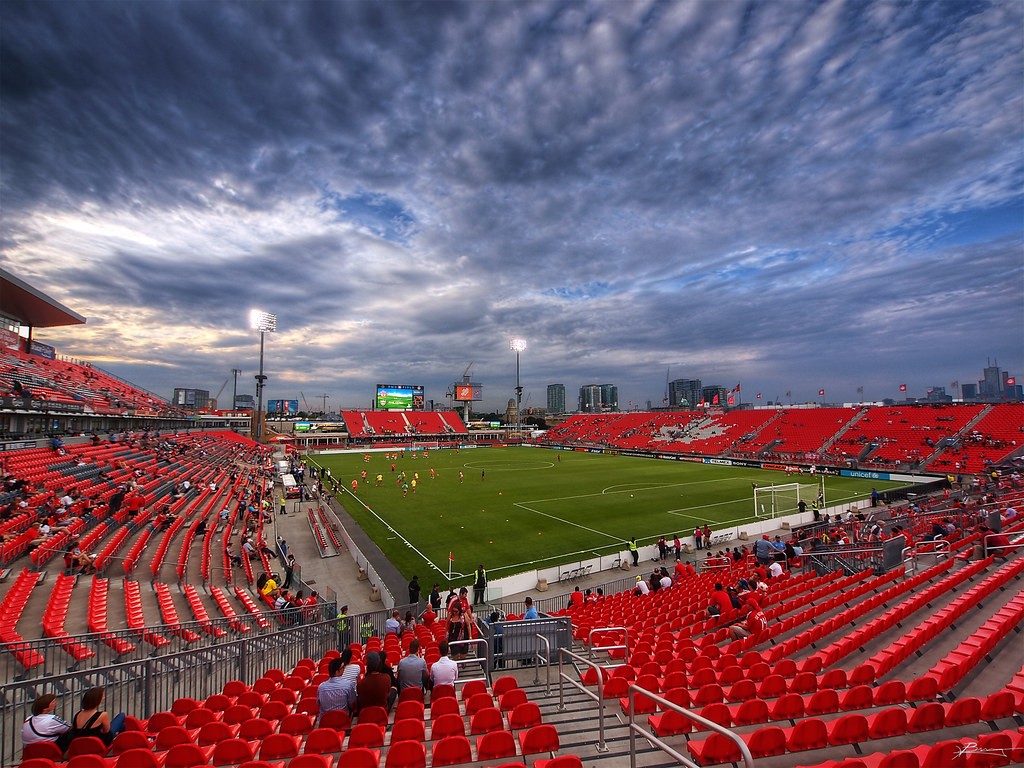 Feature image by Paul Bica licensed under CC BY 2.0

Culture and drive make Brampton the soccer factory of Ontario

Over the course of 120 minutes, a beautiful battle was waged. Twenty-two men, one ball and a couple of goals; passion at war with itself. In a cup competition, when the regulation 90 minutes end with a draw, another 30 are added to decide the outcome. If neither side gains the advantage, penalties are required to determine a winner.

One at a time, players make the long walk toward the goal to face a moment of destiny.

Each player places the ball deliberately on a spot of grass 12 yards from the gaping mouth of the goal. The keeper tries to make himself as big as possible. One strike tests the mind of these young men. The outcome is all between the ears.

Some allow their minds to go blank; others are unmoored by the enormity of the occasion and what’s at stake; those rare few equipped with the steely resolve to execute under immense pressure draw on what brought them to this point, all the challenges they have already conquered.

For the Toronto Football Club (TFC) many of the team’s players can thank Brampton every time they smash the ball into the back of a bulging net. 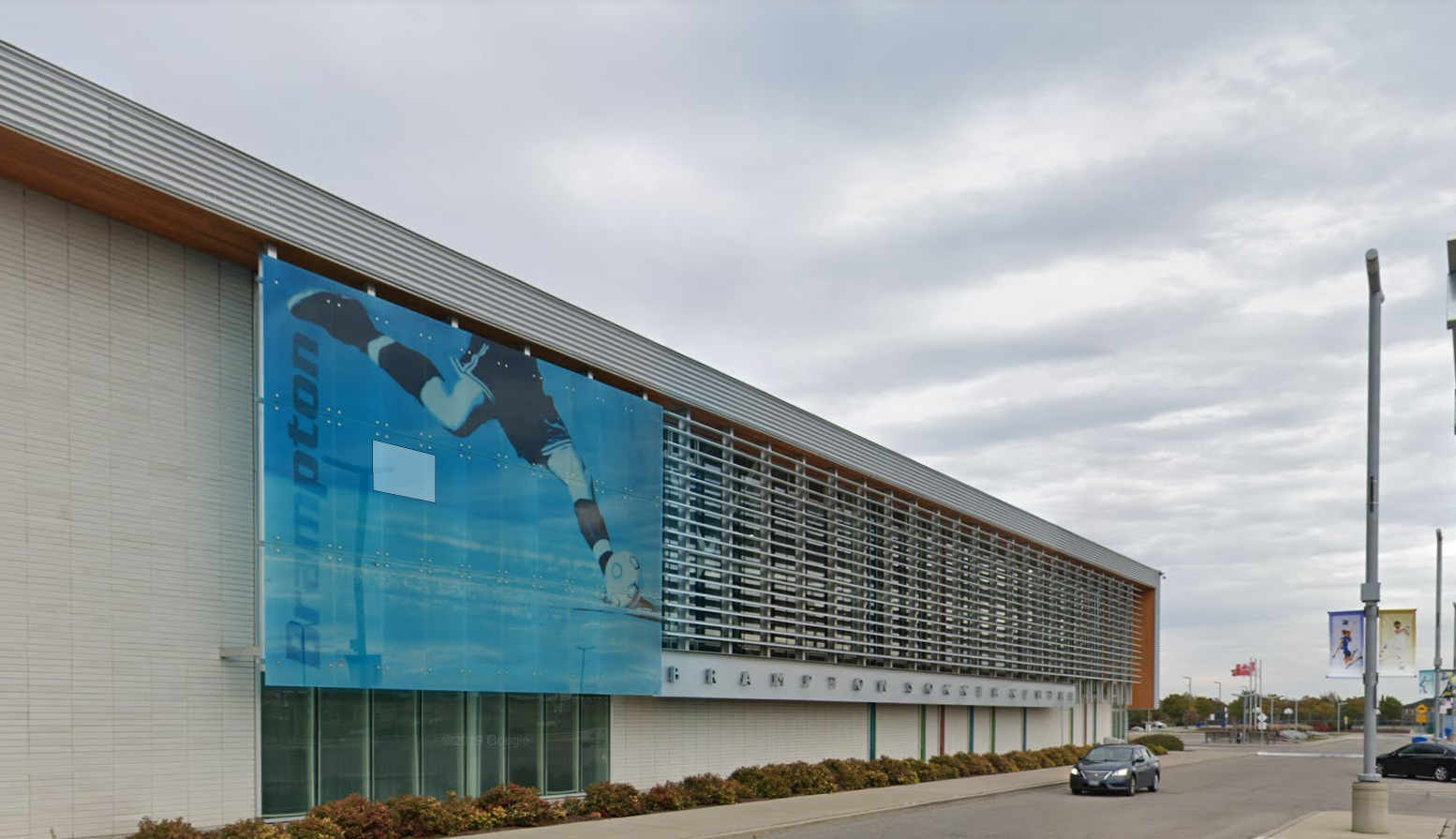 The Brampton Soccer Centre is one of several facilities in the city that caters to its talented young players. (Image from Google Maps)

On TFC’s current roster, five members of the club’s first team are from Brampton. A full 36 percent of the team’s homegrown players (squad members who came through TFC’s academy) had their starts in the city. Acting as something of a factory for TFC talent, it is home to just four percent of Ontario’s total population.

Staff charged with nurturing young talent at the club and preparing players to perform in knife-edge matches don’t think Brampton’s success is an anomaly. The city is home to more first generation immigrants than residents born in Canada and its unique demographics play a key part in its soccer success.

Although 40 percent of Brampton’s immigrant population comes from India, nationalities from across the world are also well represented. Just over 61,500 people immigrated to Brampton from the Americas, 35,000 from Europe, 16,000 from Africa and another 71,500 from Asia (excluding India). Many of these regions are soccer mad. In this cultural melting pot, the beautiful game —  the most popular sport on the planet — has been allowed to thrive alongside hockey, basketball and cricket.

“Brampton is a very diverse area in terms of ethnic background and culture, a lot of first generation immigrants have established themselves there and their kids are ending up playing soccer,” Anthony Capotosto, academy director with TFC, tells The Pointer. “From that perspective, for sure you’re going to find some good soccer players and I’m not surprised that a lot of them have found their way through the academy over the years.”

The Bramptonians who have broken into TFC’s first team represent a range of ages.

Ayo Akinola and Luke Singh are both in their early 20s, beginning to enter their time as senior players. Jahkeele Marshall-Rutty and Jayden Nelson are among the younger members of the first team squad, at 16 and 18 respectively. Twenty-eight-year-old Jonathan Osorio is one of TFC’s leaders and among the most talented Canadians currently playing. 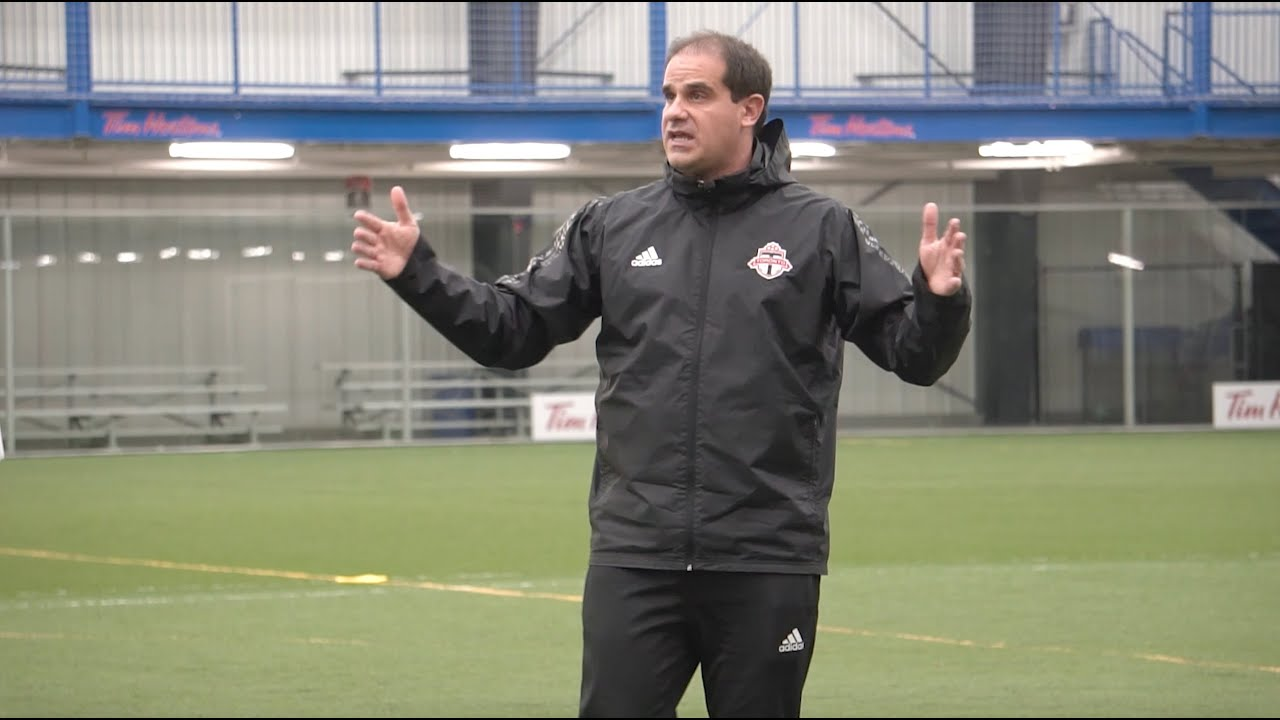 Capotosto first spotted Osorio playing for his Brampton high school side, St. Edmund Campion, in 2009. With the newly appointed TFC academy staffer in the stands, young Osorio bagged a semi-final hat trick at a soccer championship, including a memorable direct free kick.

“Right away I was asking after the game: who is this player?” Capotosto recalls. “I literally went up to him and his coach at the end of the game. At that time I had just started with the academy and obviously we were scouting and looking for players and here’s a player playing for a Brampton high school team that now is probably one of the best players in Canadian soccer.”

Unlike some of his younger teammates, Osorio’s path to TFC was not direct. After leaving school, he took himself to play in Uruguay, eventually returning to Canada and trying out for TFC.

His ambitious career path can, in part, be traced back to his Brampton roots. The midfielder was born to Columbian parents with a passion for soccer and his father was quick to pass on his obsession. 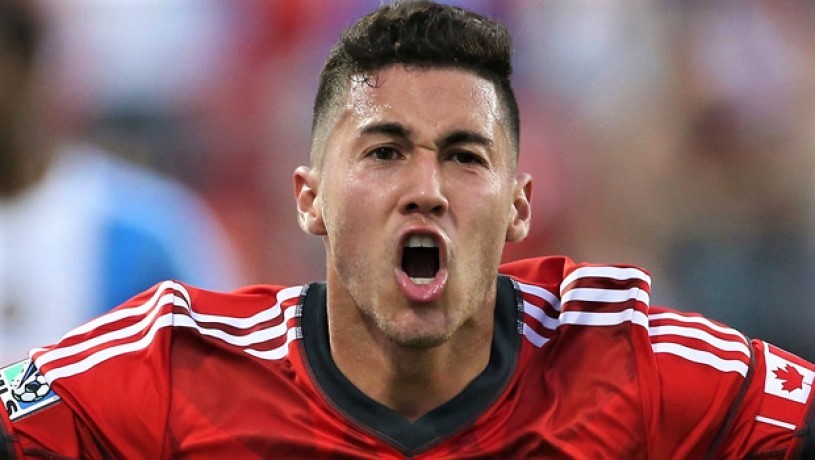 When his family moved into a brand new subdivision in Brampton, the young boy was surrounded by working class immigrant families. Each shared the same passion for soccer with their children.

“All of a sudden, by chance, by coincidence, it happened that a really good crop of players started coming out of this community, this city,” Osorio tells The Pointer. “It was a lot of middle class and lower class families moving into the houses that they could afford and [trying to] give their children better lives. Most of their families were of European descent or Latino descent.”

In 2021, immigration patterns to Brampton have changed slightly and greenfield development is running out. Instead of new subdivisions, the city is beginning to eye apartment blocks and townhouses. House prices continue to soar, with the average cost for a single detached house up more than 20 percent in the last year alone.

So, are the current crop of TFC stars part of a fortunate boom at a particular point in Brampton’s growth? Did immigration and affordable new housing combine for a magical era in local soccer?

The data suggest the current Brampton TFC stars belong to a particularly remarkable group, but the city remains comfortably overrepresented in TFC’s other squads. According to the club, roughly eight percent of the TFC academy and its second team hail from Brampton, almost twice the city’s share of the Ontario population. 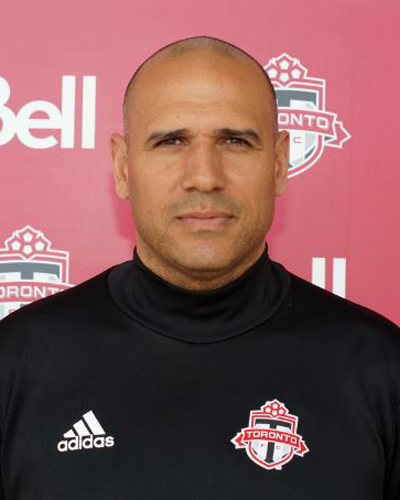 Dino Lopez believes a culture of hard work in Brampton, at least in part because of its large immigrant population, has allowed soccer to thrive. (Photo from Dino Lopez)

“This whole concept of immigrant populations really driving a lot of the high level development here is part of that (Brampton’s soccer success),” Dino Lopez, TFC’s assistant academy director, explains. “They bring a culture where that love of the sport takes hold, that’s the first part. Once they love the sport, anything can happen after that. I think it’s important for municipalities and people to ignite that spark in kids to be active and love something, it doesn’t have to be football, it can be any sport.”

For Brampton youngsters who can make it into the TFC academy, a red carpet toward success is rolled out. In the interests of reducing barriers to entering the game, under-14s and upward take part in the academy setup for free, have their travel covered, meals after training and access to a tutor to maximize their education. In this environment, the right players will thrive — a lot of the ingredients for success are already found within the Brampton community.

“I think a lot of coaches will claim the development of players, quite often,” Lopez added. “The reality is high quality, high level players like the guys we're talking about, they bring with them a huge home culture, a huge focus on the sport, they drive their own development. There is some internal drive that is driving them through a lot of adversity. A 14-year-old player coming through our academy is at our academy five, six times a week as well as going to school. There’s a great deal of sacrifice involved.”

For the players who can push themselves through the trials and tribulations of soccer development, a trail has been blazed. A series of successful Brampton players already wear the red of TFC. They stand on the halfway line, ready to put an arm around a young shoulder as the next generation of talent makes the long walk toward the penalty spot.

“That’s something that should motivate the kids from Brampton if they have that dream; they can achieve that dream and achieve so much more as well,” Osorio says. “I would just say that a kid from Brampton has everything to look forward to and to be excited about if they dream of living that life."