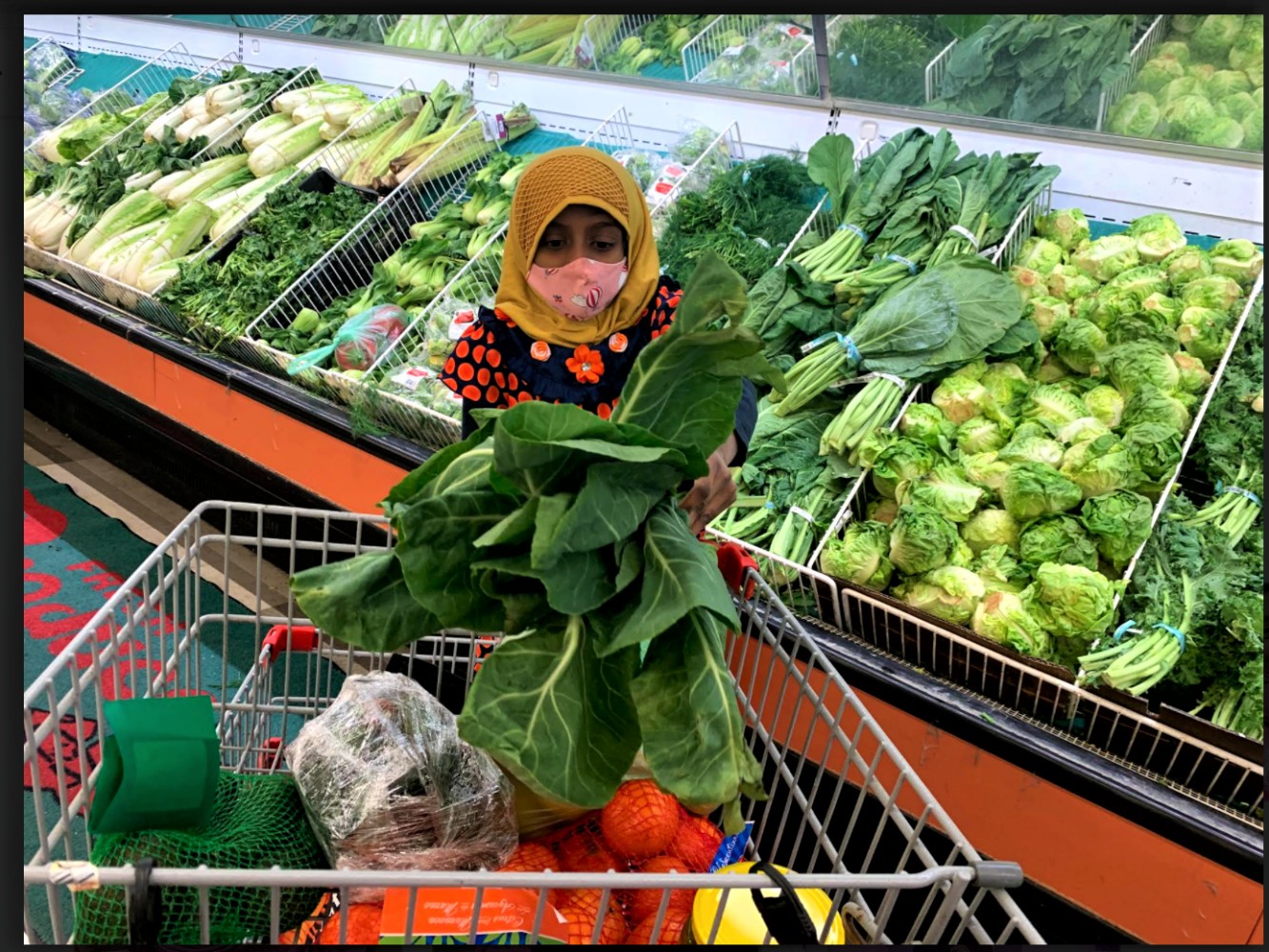 Tariq Syed had one goal when he entered his local grocery store at the start of the pandemic: secure the supplies his family needed to survive.

Thousands of others had the same idea as COVID-19 had quickly turned from a distant problem isolated in China, to a world-wide threat slipping into every community. Cases of the novel coronavirus were increasing rapidly across parts of Ontario and public health officials shared urgent warnings to the public for everyone to keep their distance from others. News reports indicated a lockdown was imminent. Panicked citizens rushed to grocery stores, stocking up on toilet paper, non-perishable foods, and enough anti-bacterial wipes to supply a hospital. 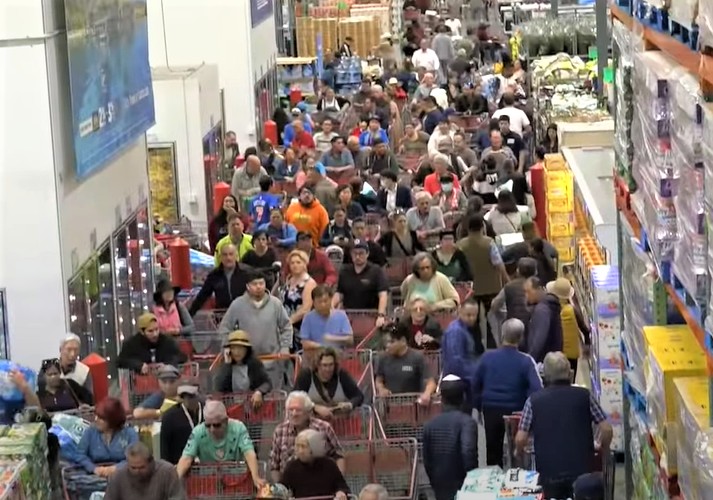 Many seniors simply could not manage amid the crush of panic-shoppers early in the pandemic.

The Mississauga father is a self-proclaimed panic-shopper. The Sunday before Premier Doug Ford declared the first state of emergency in Ontario, Syed stood in line with dozens of others waiting to score a coveted spot in the jam-packed grocery store.

Syed had no idea what a lockdown meant. Would grocery stores remain open? Would the daily necessities his family depended on be available? There were so many questions, but nowhere to turn for answers.

Inside the grocery store, he remembers the absolute chaos as people surged inside. Desperate shoppers searching for survival were crushed together, an anxious energy surrounding them. Despite the disarray, Syed was focused, he knew what he needed.

The story was a little different for his nine-year-old daughter, Hana Fatima. Trying to keep up alongside her hustling father, she couldn’t help but notice some shoppers having a hard time among the stampeding crowds. 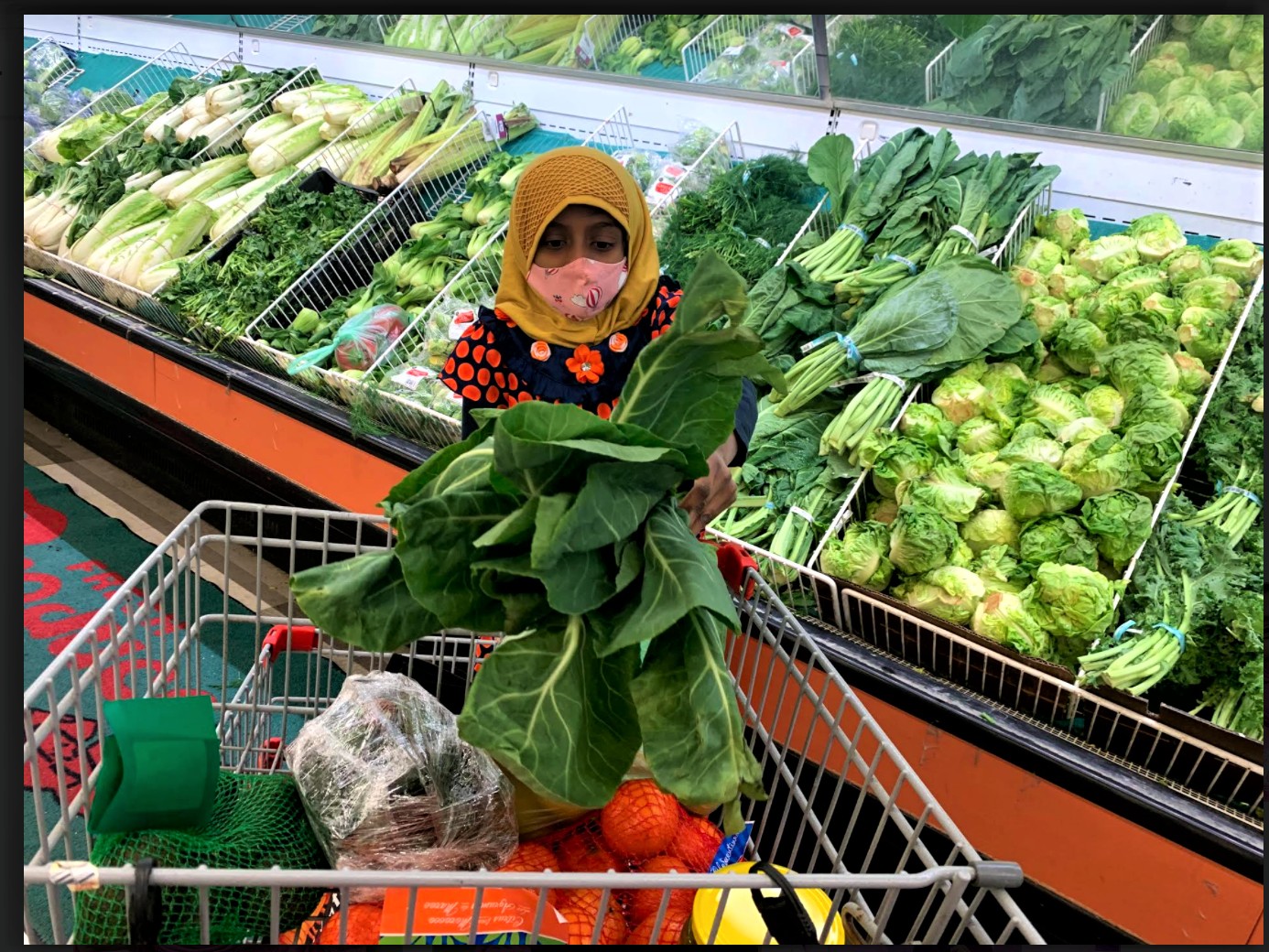 One shopper stood out to the young girl: a senior struggling to get the groceries she needed and having trouble pushing her cart among the chaotic crowd.

Fatima looked up to her dad and asked if they could help.

Syed recalls the woman being shocked, but grateful the pair helped her, even bringing her food and other essential items to her car. She couldn’t believe someone took the time to do that, Syed told The Pointer.

“They were really happy that I helped them,” Fatima said.

Syed believes this moment really impacted his daughter; a small, seemingly insignificant action led to an outpouring of appreciation neither of them could have imagined.

That small act of kindness has inspired others to follow Fatima’s example.

During the hardest times, looking out for others while your own life is turned upside down, takes a special sense of community.

After discussing what had happened with her family, Fatima realized there were two senior residents living on her street that could also use her help. Along with her father, the pair offered their neighbours Syed’s phone number, telling them to call if they needed anything.

Helping neighbours out like this made Fatima feel happiness amid the emerging chaos and put a contagious smile on her face. Her parents’ teachings inspired her to act: “You should be kind and helpful whenever you get a chance and just do it without thinking about it much,” she said.

From there, Syed’s friends eventually got involved, mimicking Fatima’s kindness in their own communities. The Good Neighbour Project was born.

Maduba Ahmad was brought into the mix to help grow the project. The fit was natural. She told The Pointer she knew she wanted to do something when restrictions began to tighten. Bringing a background in project management, she helped set up a hotline and subsequent Facebook page to connect volunteers with those calling in asking for help.

Within 24 hours of creating the page, 600 people signed up to help deliver groceries in neighbourhoods across the GTA and surrounding areas. Ahmad said she was inspired to see the organic growth as the demand exploded. “I really did hope in my heart that if I felt such a strong urge to step up, I really truly felt that a lot of healthy, able bodied volunteers would also do it.”

Fatima explained that asking for help created a snowball effect. “When their friends saw it, they remembered seniors and people who are struggling in their building, in their neighbourhood, so they decided to go help and then they told their friends,” Fatima explained. One volunteer has done more than 400 deliveries in the last year, she proudly told The Pointer.

When Fatima is not busy with virtual learning and is able to help her father shop and deliver groceries, she’s the designated list checker, tasked with ensuring everything her dad calls out is marked off a checklist she makes herself. Neighbours also receive notes, handmade cards, and even flowers at times to show them the pair can be called on if they ever need anything.

“She enjoys that part. She probably doesn't enjoy the shopping part as much, but she enjoys going there, taking the bags, talking to them. She really, truly enjoys that.” Syed said it’s been amazing to see his daughter come up with the idea, thinking of others before she thought of herself.

He acknowledges this project wouldn’t have grown if it wasn’t for the many “amazing and kind-hearted” volunteers who have come forward to help. “[People] saw there was a need for something like this and they stood up, even though we are all in a pandemic.”

While seniors were the inspiration, they’re not the only ones the group serves. Healthcare workers, single parents, those self-isolating, among many others, can contact the project’s hotline if they need assistance. Volunteers are on hand to ask callers what they’re looking for and the neighbourhood they reside in. This information is then shared on the group’s Facebook page to notify available volunteers. There are between four and seven volunteers answering calls, Syed said, depending on the time of day. 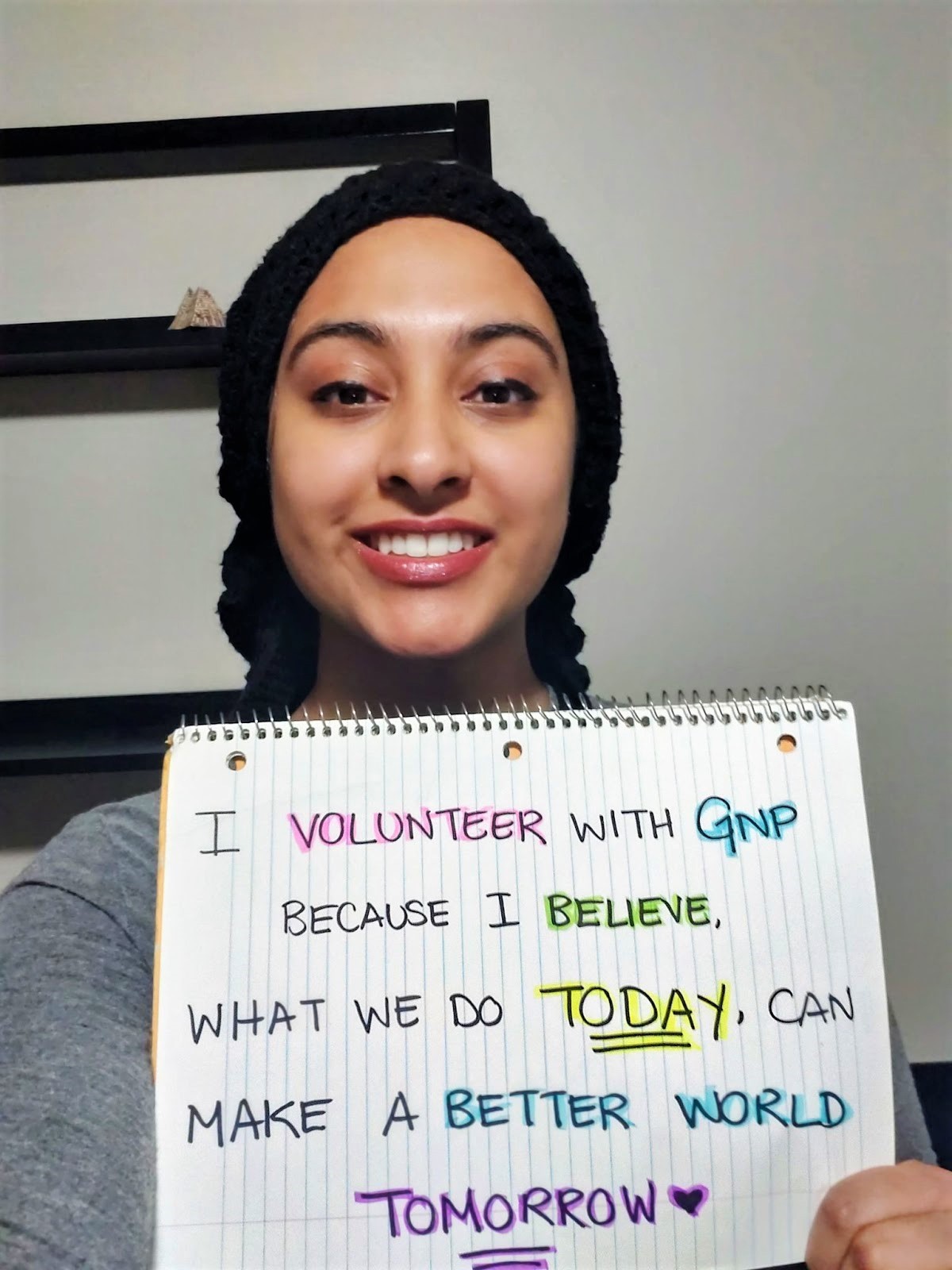 The project also has chapters in Ottawa and London, created after people learned about the work the Good Neighbour Project and Syed were doing in the GTA and wanted to extend the initiative to their own cities. Syed said the London chapter is run entirely by students.

The group isn’t planning on ending the project once the pandemic is over and the more imminent need falls away. Members are looking for ways to grow their outreach. “Outside of the pandemic, there’s always people who need help,” Fatima said.

Syed said larger organizations that specialize in non-profit work have reached out to him, sharing ideas on how they can continue spreading their acts of kindness. Neither Syed or any of the volunteers who work with the project have a background in the nonprofit sector, so he’s taking all the help he can.

The project is now looking to expand its offerings with “care calls”.

The goal is to connect volunteers with those who have faced self-isolation and need someone to talk to.

“We’re trying to create this little room online where people can come on a weekly basis and just meet different people,” Syed said. The group experimented with the idea on their first year anniversary, and it was very well received by the seniors who took part.

Isolation is always a problem for many seniors. A 2014 report from the National Seniors Council found 50 percent of people over the age of 80 report feeling lonely. Researchers say restrictions imposed because of the spread of the novel coronavirus have only made things worse. As one of the seven volunteers who sits behind the phone lines, Ahmad said she routinely talks with seniors who call in because they’re feeling lonely. Similar connections are made between seniors and volunteers who make their deliveries.

Being part of the trial, Fatima said she really enjoyed the conversations she had. “It made me happy. It was really fun.” For someone who enjoys talking to people, Syed said, this was a perfect opportunity.

Despite her own actions, Fatima is grateful for all the people who have helped grow the outreach in their own community. “I feel blessed and humbled to see so many volunteers coming together… without their kindness this project would have never been possible.”