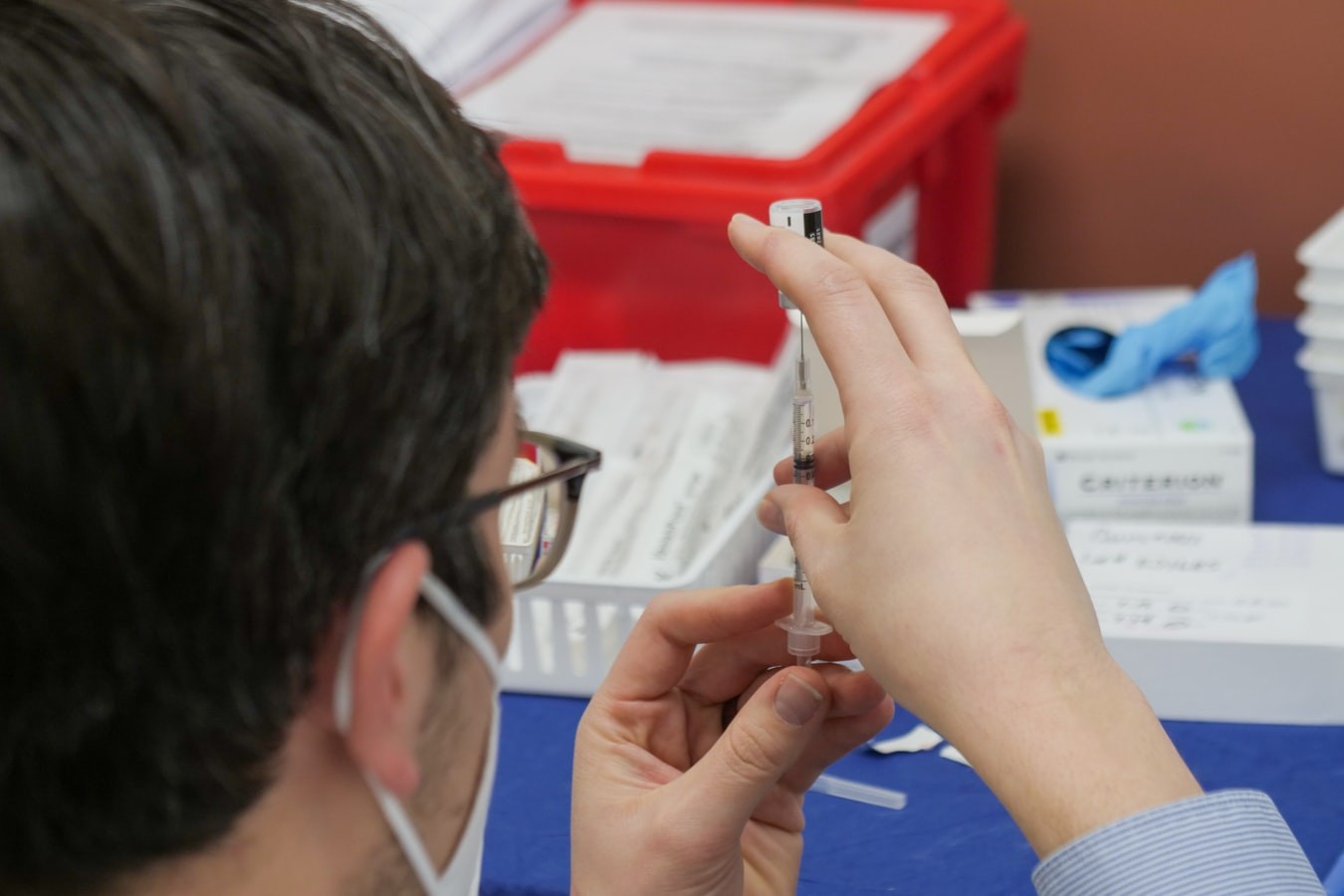 Counting down the seconds. Refreshing the page. When the clock hits 8 a.m., hands rapidly fly across the keyboard.

Finally, with a sigh of relief the “request confirmed” notice lights up the screen.

“I literally started tearing up after I got it because I was just like, I finally did see the light in the tunnel,” says Elizabeth Mendes, a Mississauga resident in the hotspot L5A postcode.

The feeling of booking your COVID-19 vaccine is finally here for all residents 18 and older in Peel, the hardest hit area in Ontario.

Many describe the anticipation and desire as akin to buying once-in-a-lifetime concert tickets. For Mendes, getting the vaccine appointment then the shot the day after has given her hope.

She was able to secure the appointment Monday through the Ontario booking system, and found the process long but seamless.

“I think the frustration lies in not knowing where to go. Because I think there are so many different avenues,” she says. 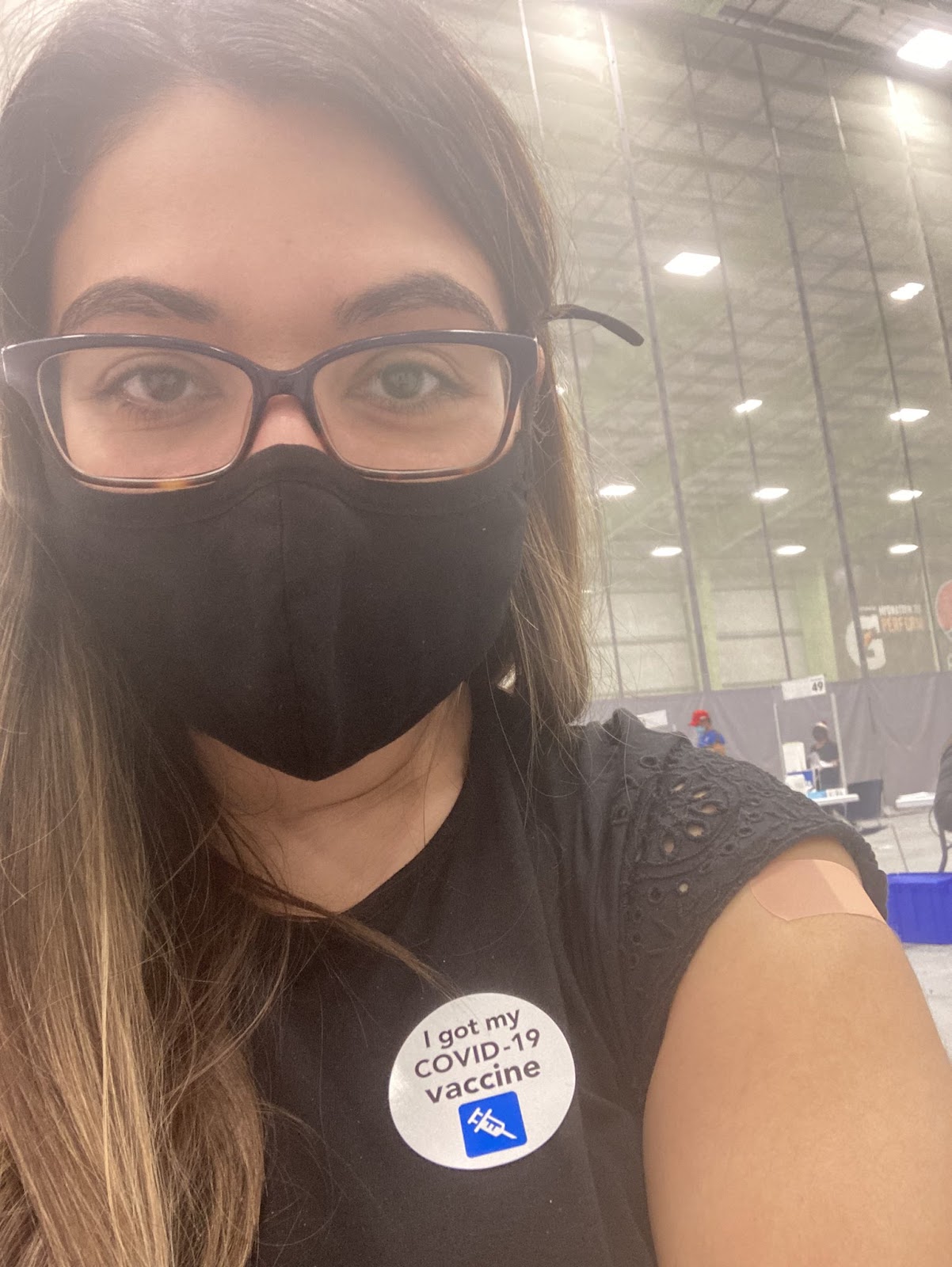 Mendes was able to book her vaccination for the next day and had a quick process getting it. She experienced a bit of soreness in her arm and some fatigue that day. But overall, the side effects were very mild.

The recent surge in doses being administered is thanks to the allocation the Province just gave to hotspot regions. For the weeks of May 3 and 10, 50 percent of all doses given to Ontario will be passed to the hardest hit areas.

In Peel, 25 of its postal-code-areas, out of a total of 33, are considered hotspots. They make up about 22 percent of the Province’s 114 designated hotspots. As of May 3, all adults in the hotspot postal code-areas were able to book appointments, and the remaining Peel postal code areas were also opened up this week to all adults for appointments.

It is unclear if the current rate of administered doses will continue after the two week-period in Peel and what this means for accessibility going forward. At Wednesday's press conference, Mississauga Mayor Bonnie Crombie said she will “convince the government to do the right thing.”

“The rest of the Province can't get back to normal until we address the spread of the virus here in Peel, and we can't do that unless we have an adequate and steady, reliable stream of supply of the vaccine,” said Mayor Crombie.

The provincial government plans to open up vaccine appointments for adults across Ontario by May 24. Those in Peel who weren’t able to get an appointment before that time may have to wait until later if the 50 percent boost in supply is cut.

Between April 27 and May 4, just over 100,000 doses were administered across the region. Dr. Loh said the count should surpass the 100,000 dose threshold this week.

As of May 4, Peel has administered an overall total of 564,707 first doses and 26,090 people are fully vaccinated. This is 43 percent of the total population, which includes people under the age of 18. Wednesday’s announcement to increase vaccination eligibility for all residents allows an extra 50,000 people to start booking. Ontario has vaccinated approximately 29 percent of the population as of April 24.

Vaccine hesitancy has been a hurdle for medical experts since news of the COVID vaccine first appeared. In Peel Region, Dr. Loh said they’re working with community leaders to restore confidence in all COVID-19 vaccines that are approved by Health Canada.

The message from local health officials has been clear: with any vaccine that is offered, residents should take. Mayor Crombie said that waiting for a different vaccine rather than taking the one available is “incredibly dangerous.”

The messaging for the Johnson & Johnson and AstraZeneca vaccines has been inconsistent. Recently, the National Advisory Committee on Immunization (NACI) released a recommendation that made Canadians believe that the two vaccines were second best compared to Pfizer or Moderna. Since then, the committee has clarified their remarks and assured that all vaccines are good vaccines.

For the most part the vaccination system has run quite smoothly for most residents, with many taking to Twitter to showcase their masked smiles and needle photos. Trillium Health Partners (THP) started booking hotspot residents in the region Friday evening, but had some appointments overlap.

“Due to a technical issue, we also overbooked some appointments. As a result, we increased capacity at clinics to support higher volumes and rescheduled approximately 900 appointments,” said a spokesperson for TPH.

The Pointer reached out to William Osler Health System for information on its vaccination efforts and the steps taken to accommodate the increasing number of appointments, but did not receive a reply.

Randy Malyon, a truck driver in Brampton, received his first dose from a Mississauga firefighter Monday at the University of Toronto Mississauga (UTM) campus.

“Now that it's done, I feel way, way better, like it's inside, you know, emotionally it feels really good that I've done my part,” said Malyon.

Malyon’s father was also a firefighter, but passed away November 2020, having his dose done by a member of the force was special for him.

“He was friendly as hell and I'm pretty sure they all were. I didn't see a bad face in there the whole time,” he said. 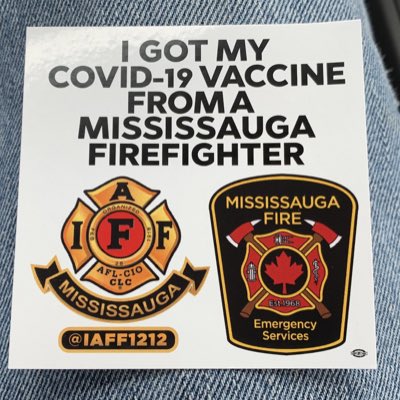 Firefighters were trained the week of April 26 to administer doses to the public to assist with the overwhelming situation at hospitals.

Firefighters in Mississauga stepped up Monday to administer vaccines to assist Peel Public Health and hospitals to allow for health professionals to be redeployed to hard-hit hospitals.

Peel has been considered a hot spot where rapid transmission occurred over the course of the entire pandemic. On Monday, extra help from Newfoundland & Labrador came in the form of doctors and nurses to Brampton Civic Hospital.