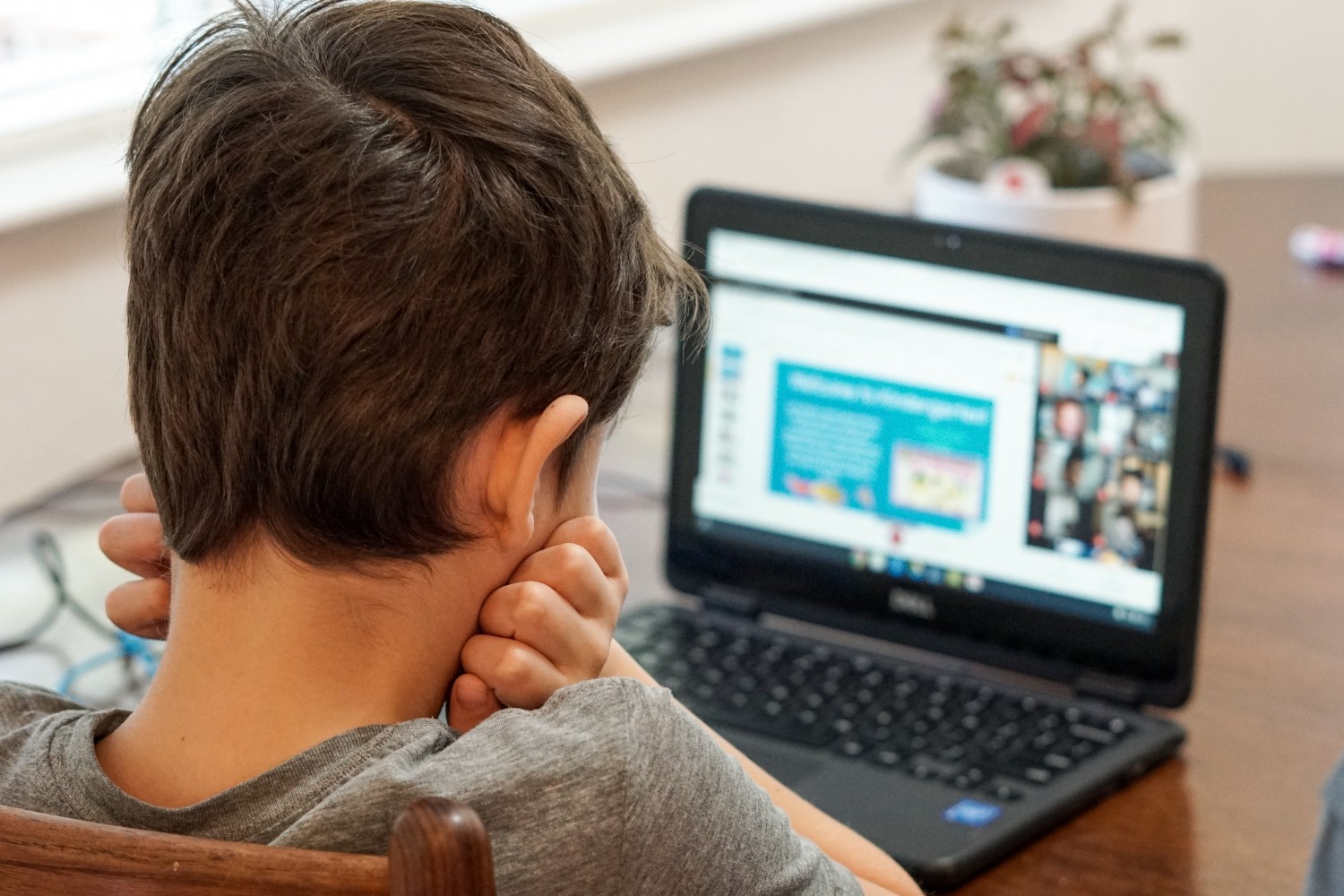 A recent announcement from the Province meant to give boards a boost to prepare for the next academic year will do little to help Peel schools which have suffered for years due to a lack of funding compared to other areas of Ontario.

The Ministry of Education announced a $1.6 billion COVID relief package for school boards across Ontario on Tuesday. If the province divides all the money equally without using a per pupil allocation, each board would receive approximately $22.2 million. However, questions have been raised about whether schools located in COVID-19 hotspots like Peel should be prioritized for more funding.

“The ministry will provide more than $1.6 billion in resources to all school boards across the province – not just hot spots,” a spokesperson for the Ontario government told The Pointer.

How the province will be distributing the money to boards has not been confirmed.

President of Peel’s local Elementary Teachers’ Federation of Ontario (ETFO) union Gail Bannister-Clarke does not have high hopes the new dollars will be enough to meet the needs of all Peel schools after the PC government’s previous COVID funding announced last summer came up short.

“Concerns that we had in September, I would say that they weren't resolved,” said Bannister-Clarke.

She has previously advocated for more funding for Peel schools stating that even before the pandemic the lack of investment in the region was leaving many classrooms short. In some cases there wasn’t enough funding to supply classrooms with soap and paper towels.

“There were plans to hire extra custodial staff, and provide extra nurses in school and we haven't seen that either,” said Bannister-Clarke.

She told The Pointer over this past school year there were only two nurses for all boards located in the Peel Region. 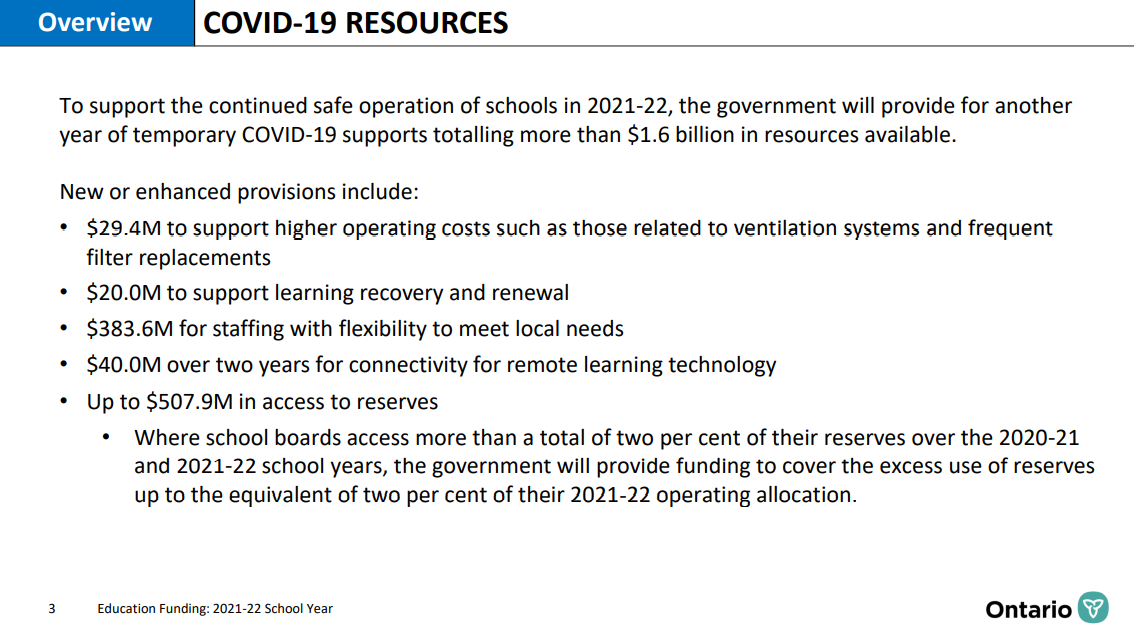 The Ontario government is supporting schools with $1.6 billion for September 2021.

This package also gives school boards the ability to access $507.9 million in reserve funding previously earmarked for other projects. This funding will be designated to boards who have already used up their allocated two percent in reserve money the province opened up over the 2020-2021 year.

To date the Dufferin-Peel Catholic District School Board (DPCDSB) has approximately $60 million in its reserve accounts. Under the two percent reserve limit set by the Province, the board can use up to $17.4 million to assist with COVID-19 relief. It expects to use the entire amount by the end of the school year.

Spokesperson for DPCDSB Bruce Campbell said in an email to The Pointer, “In December 2020, the DPCDSB projected expenditures would utilize close to $14 million of reserves. However as this 2020-2021 year progresses and in dealing with the ongoing effects of COVID-19, the DPCDSB anticipates utilizing the full 2 percent of reserve funds by August 31, 2021.”

The Peel District School Board (PDSB) is allowed to use up to $36.6 million from its reserve accounts to combat the effects of the pandemic. PDSB has not confirmed how much they have used in reserve funds from the current school year.

From the beginning of the pandemic, boards across Ontario gave parents the option to allow their children to learn remotely, or in-person when classrooms were open. The 2021-2022 academic school year will continue to provide the same option.

As of right now, the province has not said when caregivers will need to tell their respective boards whether their child will be learning in-class or online. It is expected schools will start counting the number of students opting for online learning later this Spring.

There is still no verdict if students will return to class for the remainder of the 2020-2021 school year. Ontario students have been off since the stay at home order came into effect April 8. In Peel, Dr. Lawrence Loh, Peel's Medical Officer of Health, ordered schools to be closed two days ahead of the Provincial order as cases continued to increase in the region.

“That decision is going to be informed by the advice of the Chief Medical Officer of Health and his opinion to the government has not changed in the matter,” said the minister.

Ahead of the stay-at-home order, DPCDSB had 26 percent of the province’s school closures and about 27 percent of the public schools in Ontario had at least one reported case of the novel coronavirus.

The continued push from the Province to keep students learning online has union leaders and NDP education critic Marit Stiles concerned about the PC’s end game.

In March, a slide deck from the government was leaked to the NDP opposition. It showcases a plan to “establish remote learning as a permanent part of the elementary and secondary school system.”

The slide deck that was originally leaked to the Official Opposition in March.

The plan “under consideration” will offer students the choice to learn independently or with a teacher-supported model. This model will be presented with coordination by the TVOntario media company, which is publicly funded mostly by the Ministry of Education.

“The government isn’t building something complimentary, they are rebuilding the system,” said Anne Vinet-Roy, President of the Association of Enseignates/Enseigants [teachers] Franco-Ontarians.

The other issue brought up was the potential for further underfunding of the school system. This concern could be devastating for boards in Peel which already get less than what they need.

Underfunding in Peel schools has been a chronic problem for years with students at PDSB and DPCDSB receiving less on average than their counterparts in other school boards.