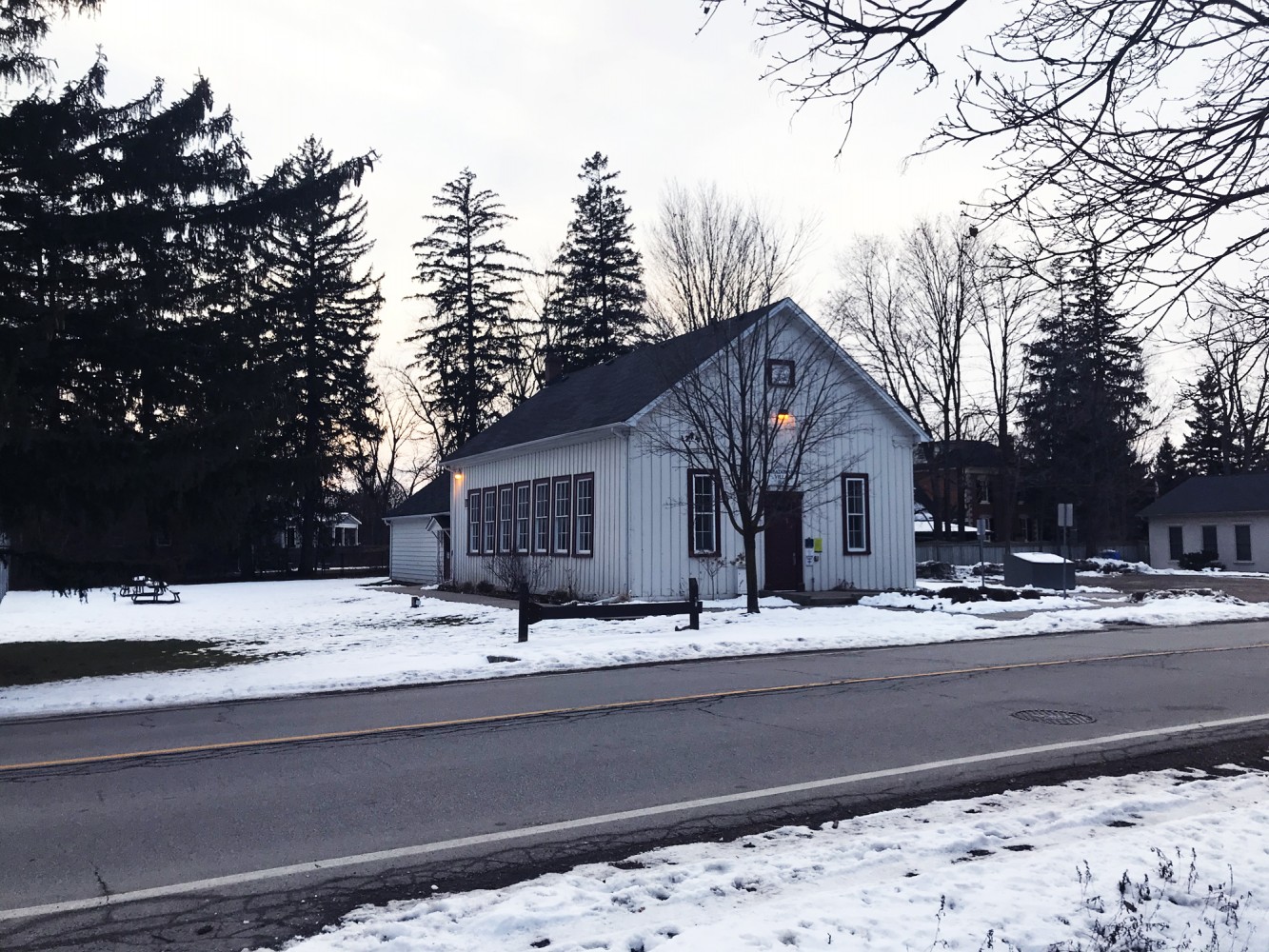 Photos by Vjosa Isai/City of Mississauga

Nestled on a quiet stretch of Second Line West, next to an outdoor tennis court sheltered by towering white spruce trees, sits a modest one-room schoolhouse–known as Meadowvale Village Hall–constructed almost 150 years ago.

Once dominated by farm fields, as shown in a 1905 photograph of the schoolhouse, Old Meadowvale now features luxury homes among its preserved historic sites: Victorian-era buildings and private heritage residences that once belonged to blacksmiths, sawmill owners and others who established the neighbourhood in 1819, following the arrival of wagons carrying 29 families from New York. In 1872, locals built the single-room structure to house students for daily classes.

About 90 years after the schoolhouse was erected, it was converted into a gathering hall in the '60s, when the Meadowvale Village Community Association was founded, and has since been the site for Sunday church services, Girl Guides meetings and other uses managed by the local recreation centre. 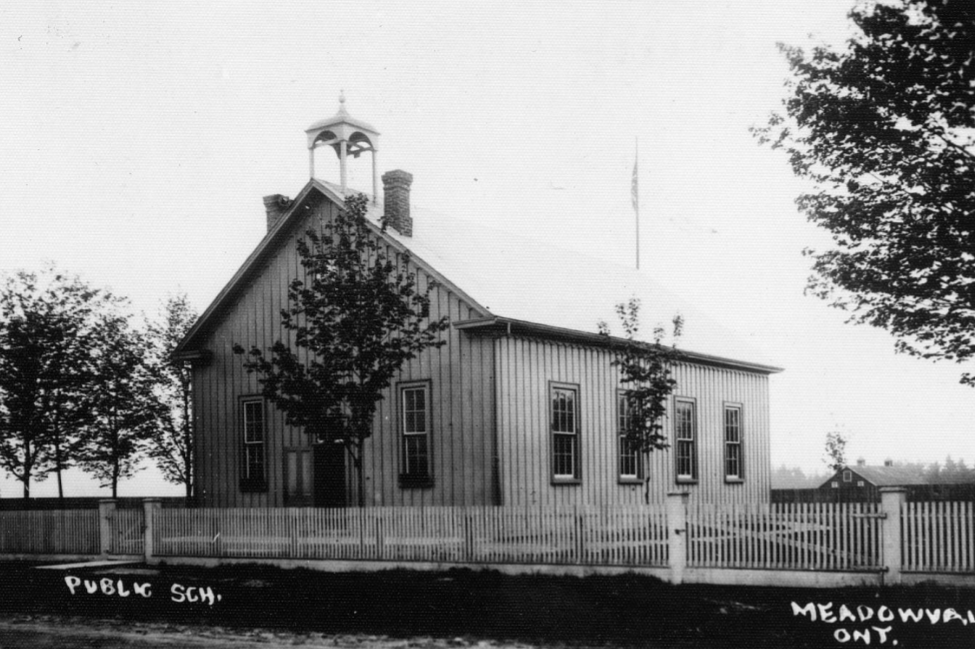 A schoolhouse, a gathering place, a community space, the Meadowvale Village Hall has seen many uses over its nearly 150-year history.

The symmetrical, white panelled building with red window panes and a matching front door is now showing signs of its age. With the deteriorating condition of storm trims, cracked boards and peeling paint, the community association has been lobbying for this unique piece of history to get a facelift.

In the process of planning the upgrade, a hazardous building material review in November found the presence of asbestos in the firestopping, as well as elevated lead concentrations in the white paint outside the building, green paint in the attic and in emergency lights.

As a much-loved City facility, the Hall is “really used to the max,” said Jim Holmes, citizen-chair of the Meadowvale Village Heritage Conservation District Subcommittee, and a leader at the community association.

“We used to be able to get almost free run of the Hall,” he told The Pointer. “But now, with all the development around us, if you want to use the Hall… you have to book it in advance because it’s full every night, except for during the pandemic.”

On January 5, the subcommittee approved a restoration plan that was then carried before the Heritage Advisory Committee on Monday. Staff are recommending the City install a replica belfry – the tower-like structure that houses a bell – which was once a feature of the building before it went missing.

“It's at least, in my 20 years on the job…[that] we've been trying to get that belfry built so I was bloody well hellbound determined that thing was going to get built,” said Ward 11 Councillor George Carlson, chair of the Heritage Advisory Committee, at the meeting. “We're going to get it done this time, so we're really excited about that.”

The building’s exterior will also be restored, along with the recommended removal of asbestos and other hazardous material identified, including mercury-containing light tubes. The building was assessed in 2009, but no asbestos was found at the time, in part because a “non-destructive” testing procedure was applied. In cases when “a site is disturbed, such as this minor renovation, further testing is performed for due-diligence,” City spokesperson Catherine Monast said in an email. The presence of asbestos at the Hall was “minor in nature” and had been undisturbed prior to the testing and future restoration. An assessment of the building found potentially hazardous materials like asbestos and lead paint.

The presence of hazardous materials such as asbestos in aging City buildings, frequented by the public and staff, has stirred the fire department in Mississauga.

Inhaling asbestos fibres are linked to serious health risks according to Health Canada, and can cause cancer. In the case of the fire stations, many were built more than 30 years ago, when asbestos was more regularly used in construction materials as insulation, though the federal government banned it in 2018.

The City has been slow to respond to the presence of asbestos in at least nine fire stations, which it discovered 12 years ago following a comprehensive review of the buildings. The state of disrepair at 14 of its 21 fire stations is slated to cost the City more than $30 million, and three of them pose a safety risk that would require them to be rebuilt to meet today’s standards, an October 2020 investigation by The Pointer found, based on documents obtained through a freedom of information request.

At the federal level, agencies including Innovation, Science and Economic Development Canada are attempting to increase transparency on the presence of asbestos in buildings it owns or leases by maintaining a public register. One site on Admiral Boulevard in Mississauga is listed.

According to 2020 budget documents, the City requested $50,000 in a one-time operating budget ask for its Asbestos Management Program. The 2021 budget and business plan documents do not reference the program.