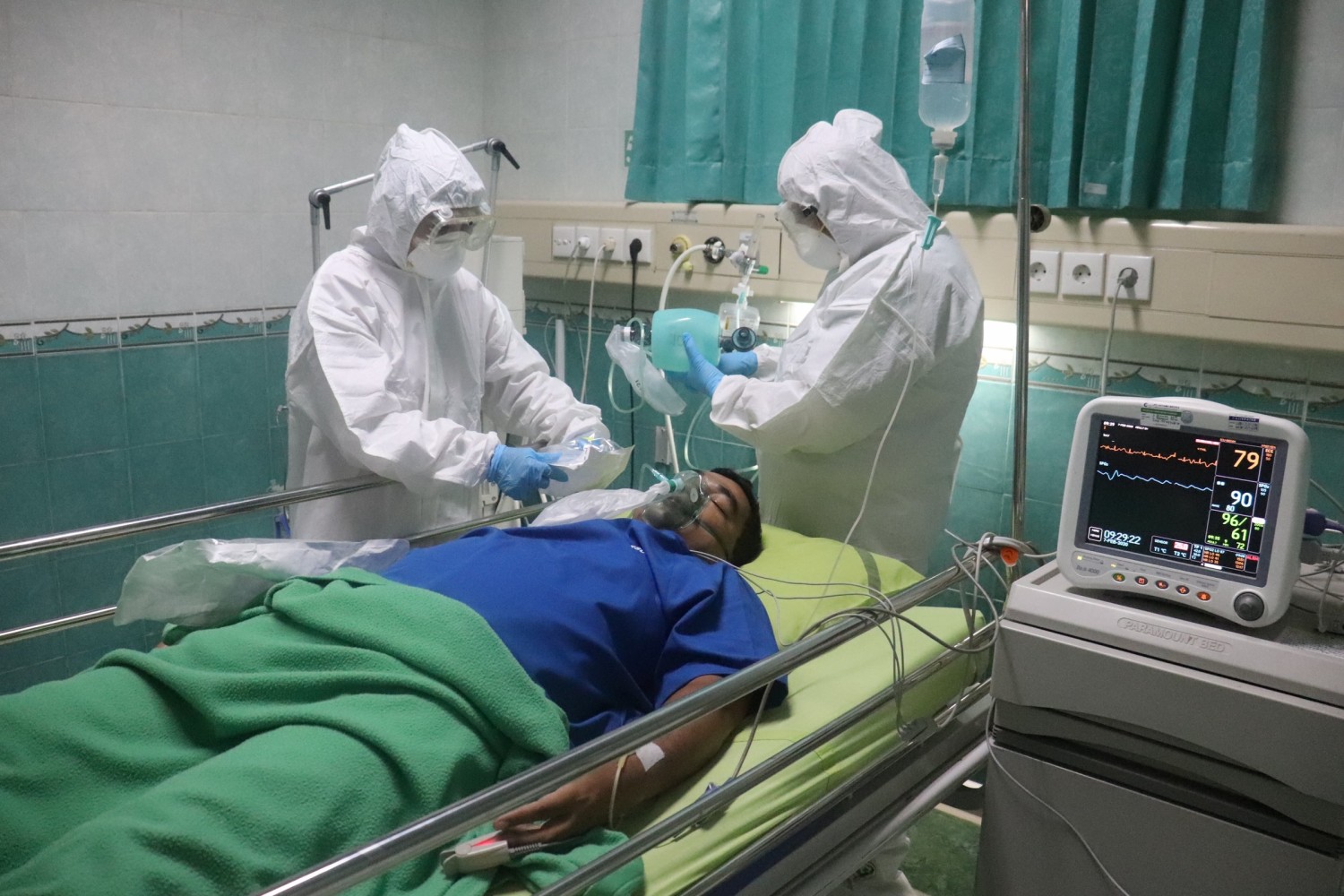 Already in ‘crisis mode’, Ontario hospitals have no protocol for who gets priority treatment, human rights advocates say

As ICU beds continue to fill up, a nightmare is looming.

Doctors in Ontario could soon be forced to undergo the harrowing process their peers in Italy and New York experienced in the spring – choosing who lives and dies when intensive care reaches its maximum capacity.

That’s the question many fear as COVID-19 patients continue to pile into intensive care beds in Ontario. In Peel Region, hospitals are at breaking point, cancelling surgeries and transferring some patients to neighbouring sites.

Wednesday saw 361 ICU beds occupied across Ontario, the highest number since the pandemic began. A field hospital in Burlington has opened its doors, signalling the need to begin using emergency backup resources. 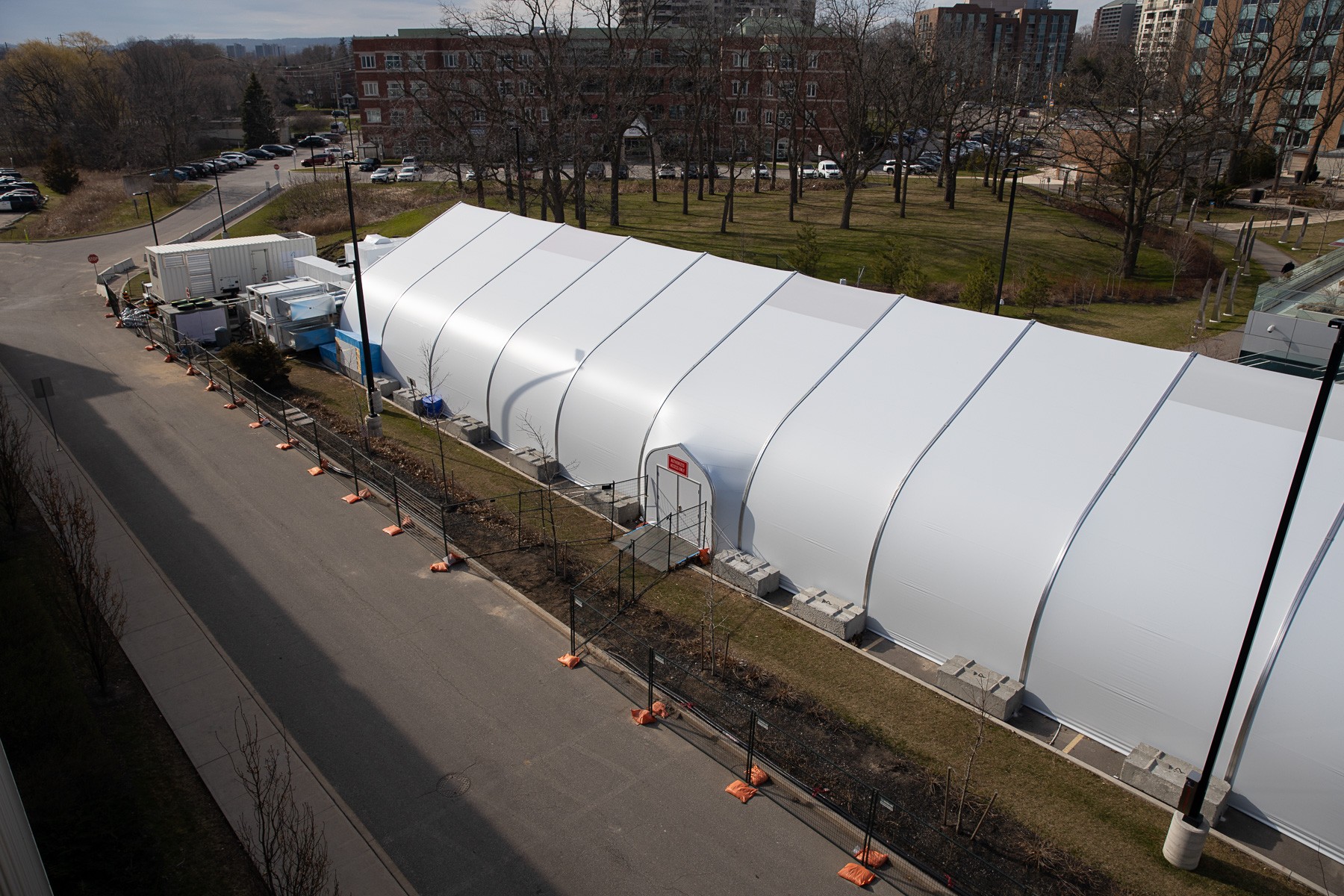 A field hospital set up by the Joseph Brant Hospital in Burlington to handle a rising number of COVID-19 patients in need of care.

In the face of a situation rapidly spiralling in the wrong direction, disability advocacy groups in the province have drawn attention to an urgent problem. After months of advocacy and countless requests, they say Ontario doesn’t have a triage protocol in place to decide who will get access to scarce, life-saving treatment if hospitals are completely overwhelmed.

“What we have right now is a vacuum,” David Lepofsky, the chair of Accessibility for Ontarians with Disabilities Act (AODA) Alliance, told The Pointer. “We have written to the Minister to say the danger of the vacuum is that if triage does take place, individual doctors will apply their individual discretion and that could force or lead a doctor to [discriminate against those with disabilities].” 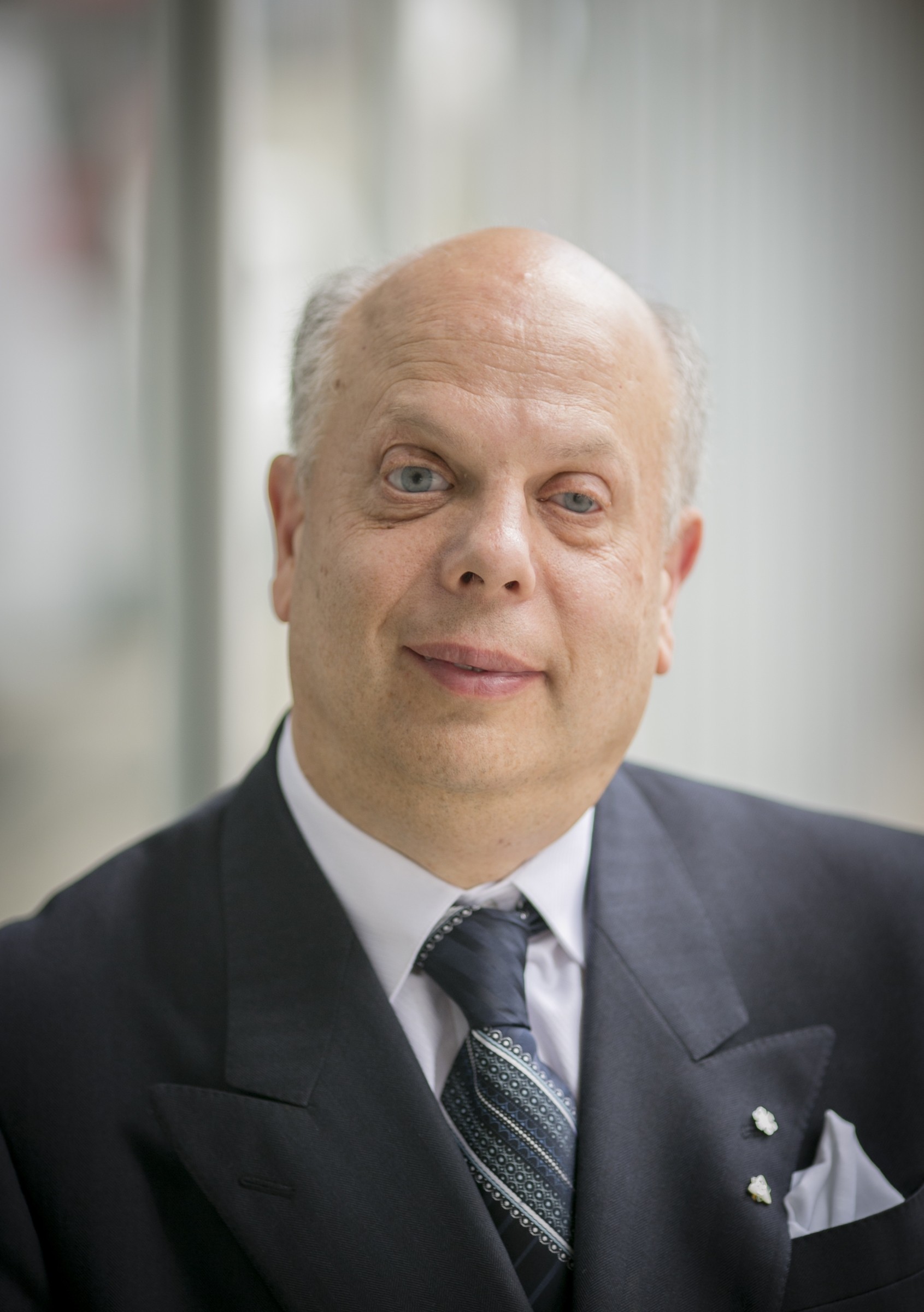 David Lepofsky, the chair of Accessibility for Ontarians with Disabilities Act (AODA) Alliance.

The Ontario Human Rights Commission, which has been working with AODA Alliance and the government, says the situation is deeply concerning.

“Ontario is now in crisis mode as it struggles with rapidly growing COVID-19 cases,” Ena Chadha, chief commissioner for the Ontario Human Rights Commission, told The Pointer. “In such a crisis, a triage protocol is urgently needed now, and even a temporary one is better than providing no human rights guidance to hospitals. Even if more modifications are needed, an interim protocol will help until final consultations and any required changes can be made.”

The lack of set protocols within hospitals is the latest in a saga around triage that has dragged out since March.

At the very beginning of the pandemic, fearing an unmanageable surge in COVID-19 patients, the government of Ontario consulted with its (advisory) Bioethics Table and asked them to recommend a triage protocol. The system is designed to give doctors and healthcare workers a codified list or guide to decide who should receive scarce resources, or life-saving equipment like a ventilator, if ICU beds run out, removing individual judgement from the process.

A well designed protocol is key to transparency, the removal of bias and also important for the mental health of doctors working on the frontlines. Theoretically, it means life and death decisions will be objective. 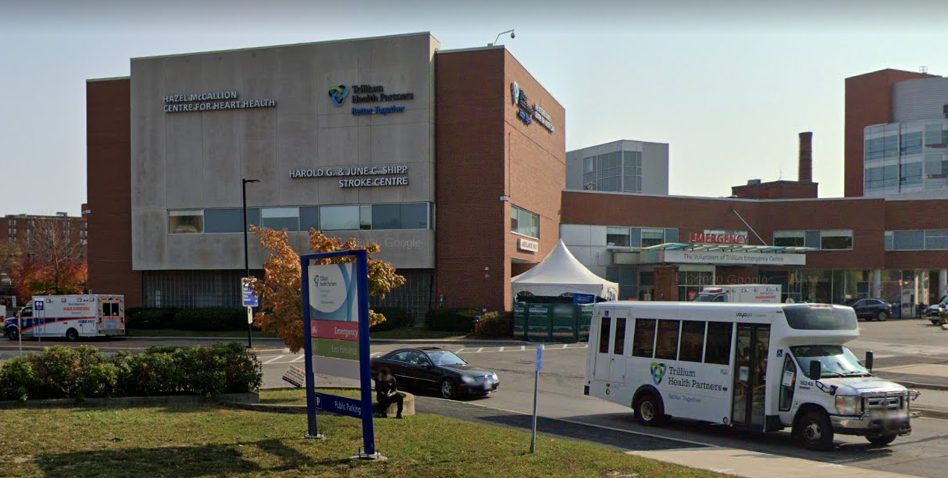 ICU at Mississauga Hospital and Credit Valley are 99 percent full.

In March, following advice from the Bioethics Table, the Province put a triage protocol in place, issuing a memo to hospitals across Ontario. But a leaked copy of the original protocol stirred fears among the province’s disability community, with activists arguing it fundamentally discriminated against those living with a disability and risked excluding them from vital ICU treatment. In particular, the framework relied on the Clinical Frailty Scale (CFS) to make decisions, a system to assess the health of those over 65.

“The reason it [the CFS] was designed was actually quite valiant, it was quite anti-discriminatory in reasons,” Mariam Shanouda, a lawyer with ARCH Disability Law Centre, told The Pointer. “Doctors found that persons who were older, going to their doctor, would often get type-cast as ‘You’re just aging’ … when that’s not appropriate, it should be an individual assessment.”

But, in its theoretical application more broadly, issues begin to appear. If used to assess persons living with disabilities, the CFS can wrongly push them down the triage priority list and risk excluding Ontarians with disabilities from life-saving beds during a surge.

“There’s very little understanding of persons with disabilities by the medical profession,” Shanouda added. “There is [a] constant misunderstanding of someone using a mobility device being frail, when that’s not true, there’s a difference between frailty and disability.” 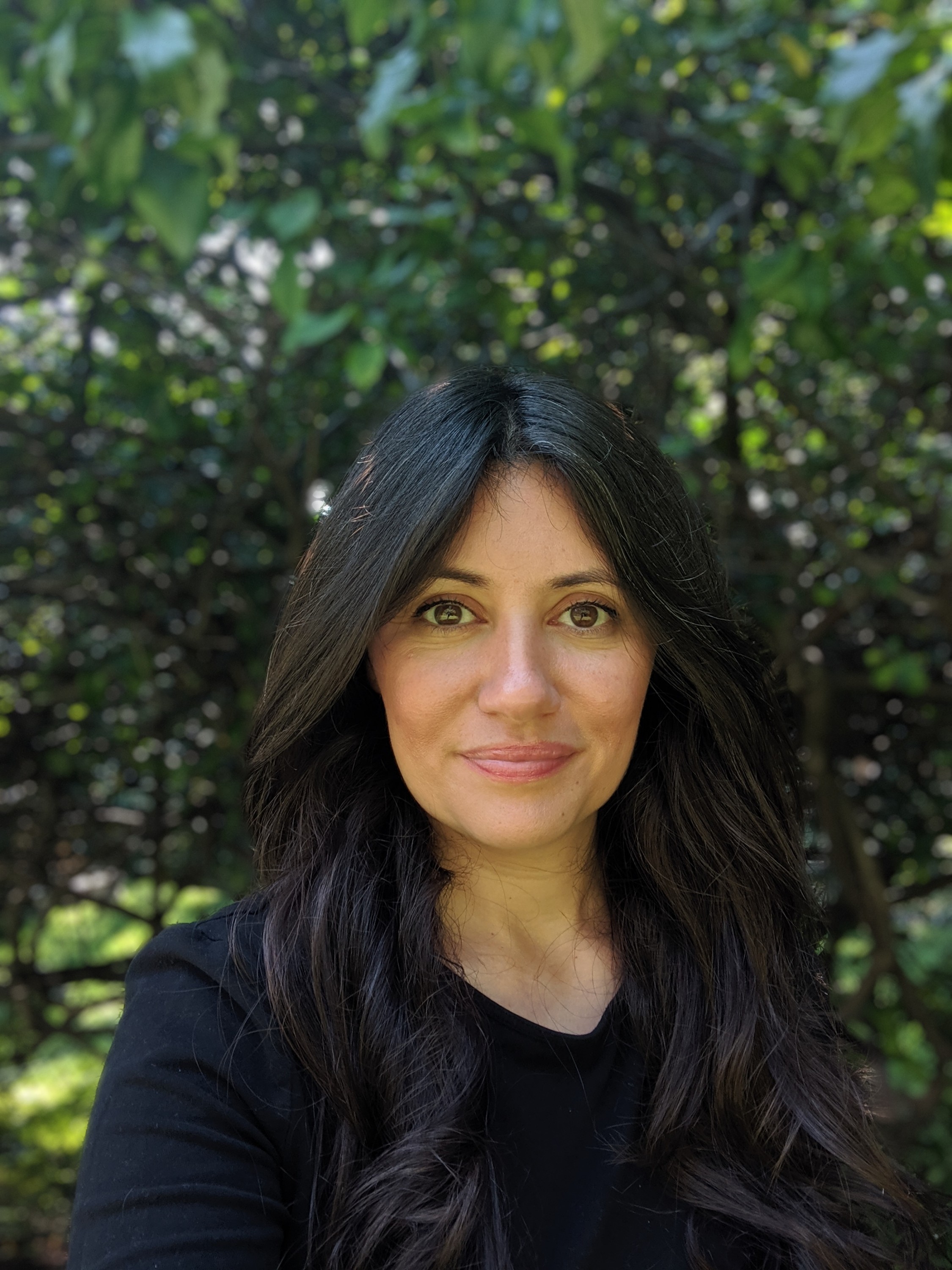 Following a period of concerted advocacy by AODA Alliance and ARCH, supported by the Ontario Human Rights Commission, doctors from the Bioethics Table sat down to revise the document. Across several meetings and submissions, they listened to concerns about discrimination within their framework and, on September 11, they released a new draft.

“The earlier draft version (‘Clinical Triage Protocol for Major Surge in COVID Pandemic’, dated March 28, 2020) should not be implemented or relied upon,” the new document states under a series of recommendations for “immediate” next steps. It said the new September draft should be circulated instead.

A month later, Lepofsky says, the Province repealed its initial and discriminatory framework, but did not replace it, leaving a vacuum.

“The Bioethics Table actually told them that the very protocol that they circulated last March should be cancelled because it is discriminatory against people with disability,” he said. “In other words, they agreed with the points we made.” 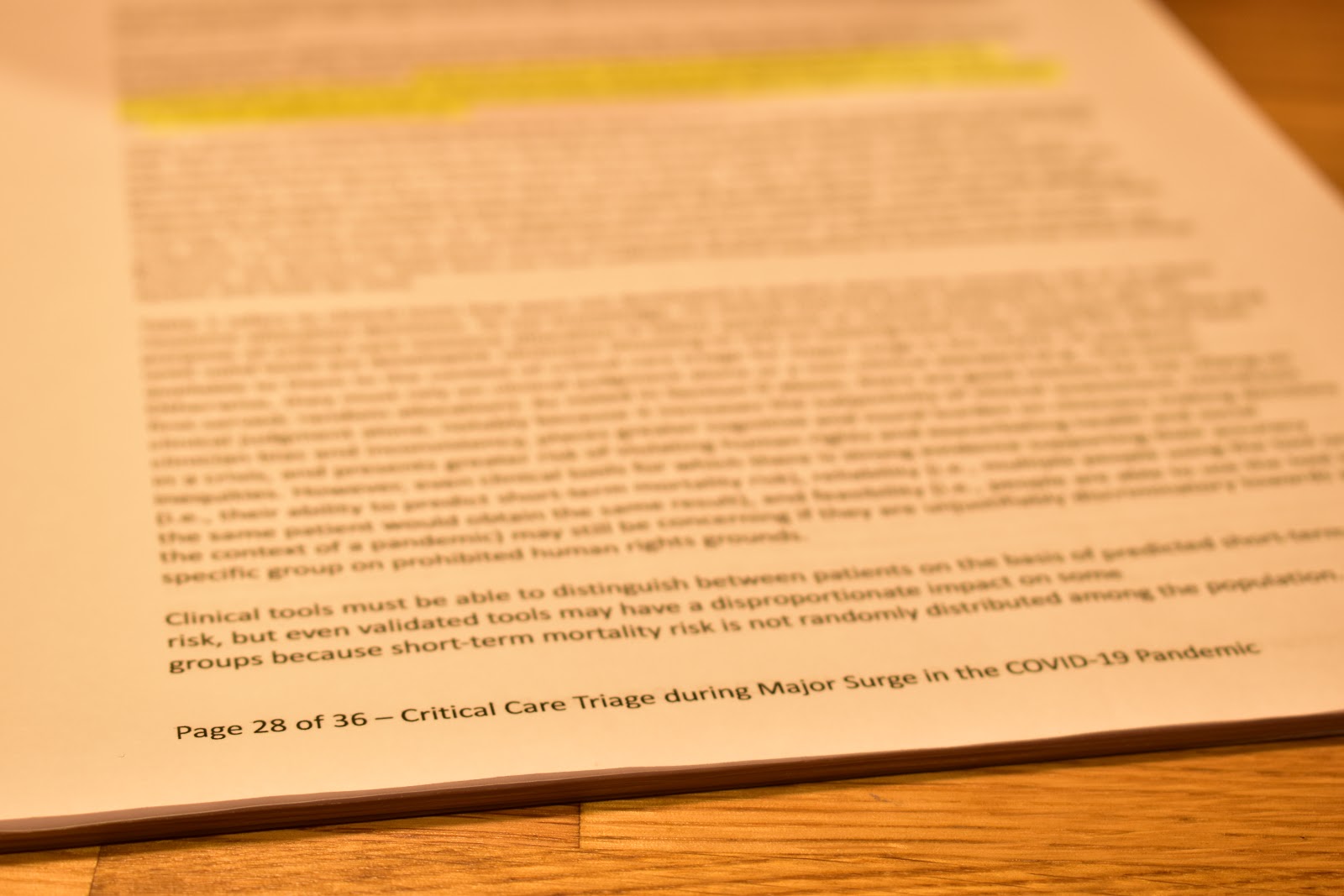 Disability advocates have seen an improvement in the framework, but still have grave concerns.

The details of the Table’s initial protocol terrified the activist and former government lawyer. “Through our discussions with them, we learned more and more about what they were proposing and we were showing serious human rights violations, discrimination issues,” he said.  “Serious [issues], not ‘Gee, I wish it were nicer’ or ‘Could you do it a little better?’”

Getting information from the government has been a frustrating experience. The revised September protocol was not released publicly until December, after months of advocacy, while the now cancelled triage protocol has never been public. Lepofsky has written 6 letters to Health Minister Christine Elliott, with precious little to show.

The most recent draft protocol, completed on September 11, has issues of its own, the AODA Alliance says. Lepofsky questions if triage rules can simply be sent out by the Ministry without being debated by MPPs or subject to wide-ranging consultations since, in a surge situation, they will directly decide who lives and dies. He is also concerned with a suggestion patients could be triaged out of intensive care, even if they are already on life support.

“If a major surge is imminent … all patients who are currently receiving critical care resources should be reviewed,” the protocol says, suggesting some patients should be “informed that Level 1 triage may be initiated and what the consequences to the patient would be.”

Elsewhere, the document’s authors also suggest “a frequent reassessment of admitted patients by the clinical team for any indication that the patient is no longer responding to treatment, or where the patient’s clinical trajectory suggests that their predicted short-term mortality has substantially worsened from when they were admitted.”

“We have serious questions about — forget the ethics — the legality from a civil or criminal perspective,” Lepofsky said. “Somebody is going to have to take a look and explain why that isn’t homicide.”

Perhaps the biggest concern for disability advocates in Ontario is a suggestion by the government that a fair triage protocol isn’t possible in the current time frame. After admitting their initial draft was lacking, the September replacement makes constant reference to the need for further work to be done.

“It should be noted that no tool has been designed and validated for ethical triage decision-making of this sort, and tools that are normally used may be problematic when applied for this purpose,” the report states. Its authors appear to be admitting defeat and saying the triage question, which they have had almost a year to study, can’t be answered during the pandemic.

During an emergency round table discussion organized by the Ontario Human Rights Commission in December, Lepofsky says a government doctor, Andrew Baker, said a fully formed framework may have to wait. He said that ‘life years saved’, a common approach, would likely be used in the interim, a measure that can also be subjective or lead to discrimination. “What does that mean?” Lepofsky said. “Human rights: wait until COVID is over. Well, that is singularly appalling.”

The Ministry of Health acknowledged a request for comment on the triage protocol Monday and another specifically on the issues raised by Dr. Baker, but did not provide a response in time for publication.

“Without an equitable triage protocol in place, individual doctors may have to make decisions that could affect people’s legislated human rights,” Chadha said. “There are many important considerations. Should decisions be made on a first-come first-served basis? That assumes everyone has equal access. Should decisions be made based on who presents as the sickest? Based on who is most likely to survive? Based on who has the longest years to live (predictive mortality)?”

“The Ontario Human Rights Code requires that all people receive equitable treatment in services regardless of whether they have a disability, are elderly, or have lived experiences that make them more vulnerable to experiencing health impacts that affect their medium-and long-term survival,” she added.

For disability advocates, the experience of slow moving government has been frustrating. Despite buying itself time in the spring and summer, Ontario appears to have wasted valuable months and now finds itself without an effective or equitable set of rules to decide who will receive hospital beds and ventilators if they run out.

Shanouda says she hopes to avoid it, but legal action is not out of the question.

“If you do get to litigation, that means lives may have been lost,” she said. “Persons with disabilities should not be casualties here.”