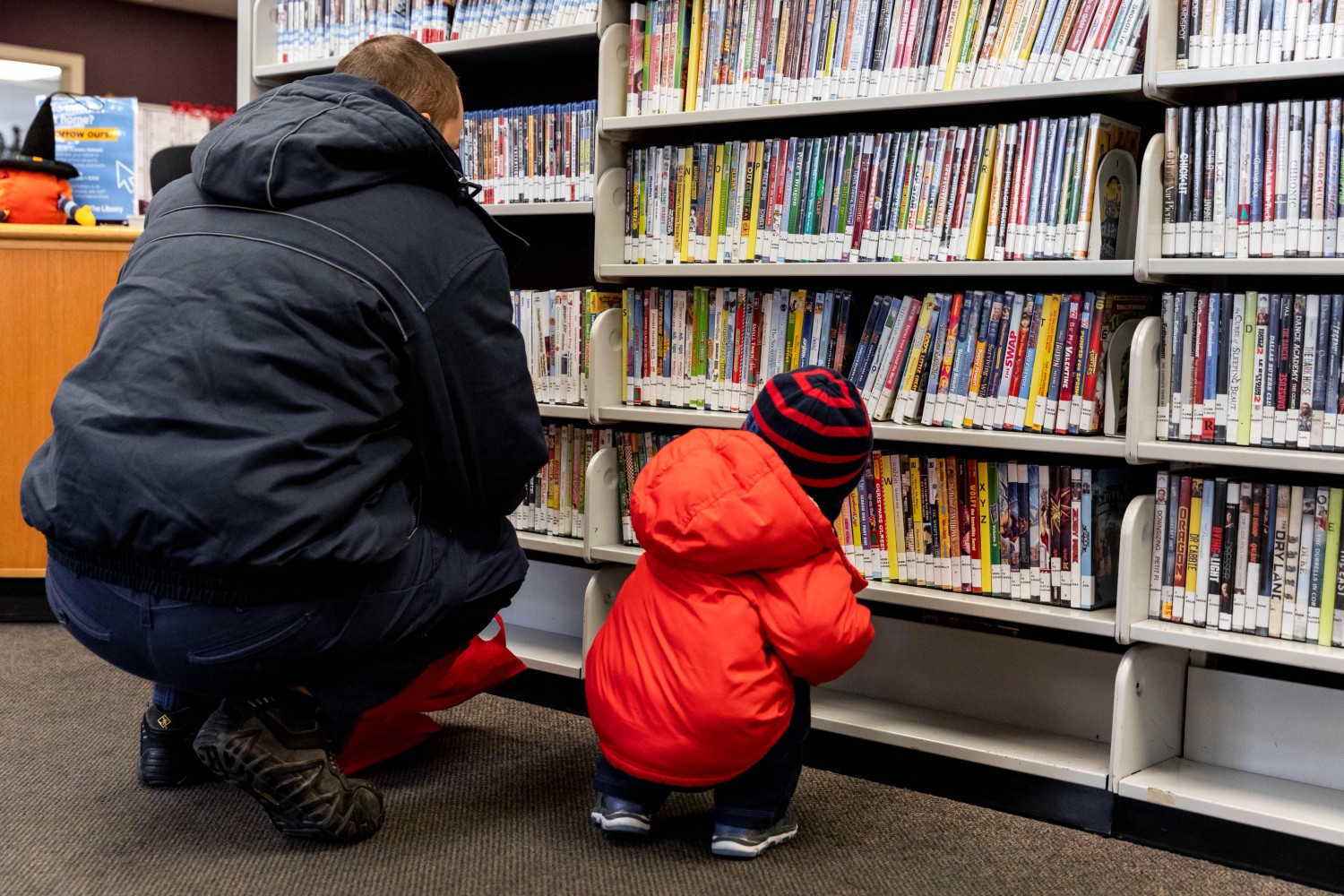 Photos from City of Mississauga/Mississauga Library

Already among the quietest City buildings, Mississauga’s 18 library branches were completely silenced at the beginning of the COVID-19 pandemic.

But the City’s so-called “virtual branch” is buzzing. 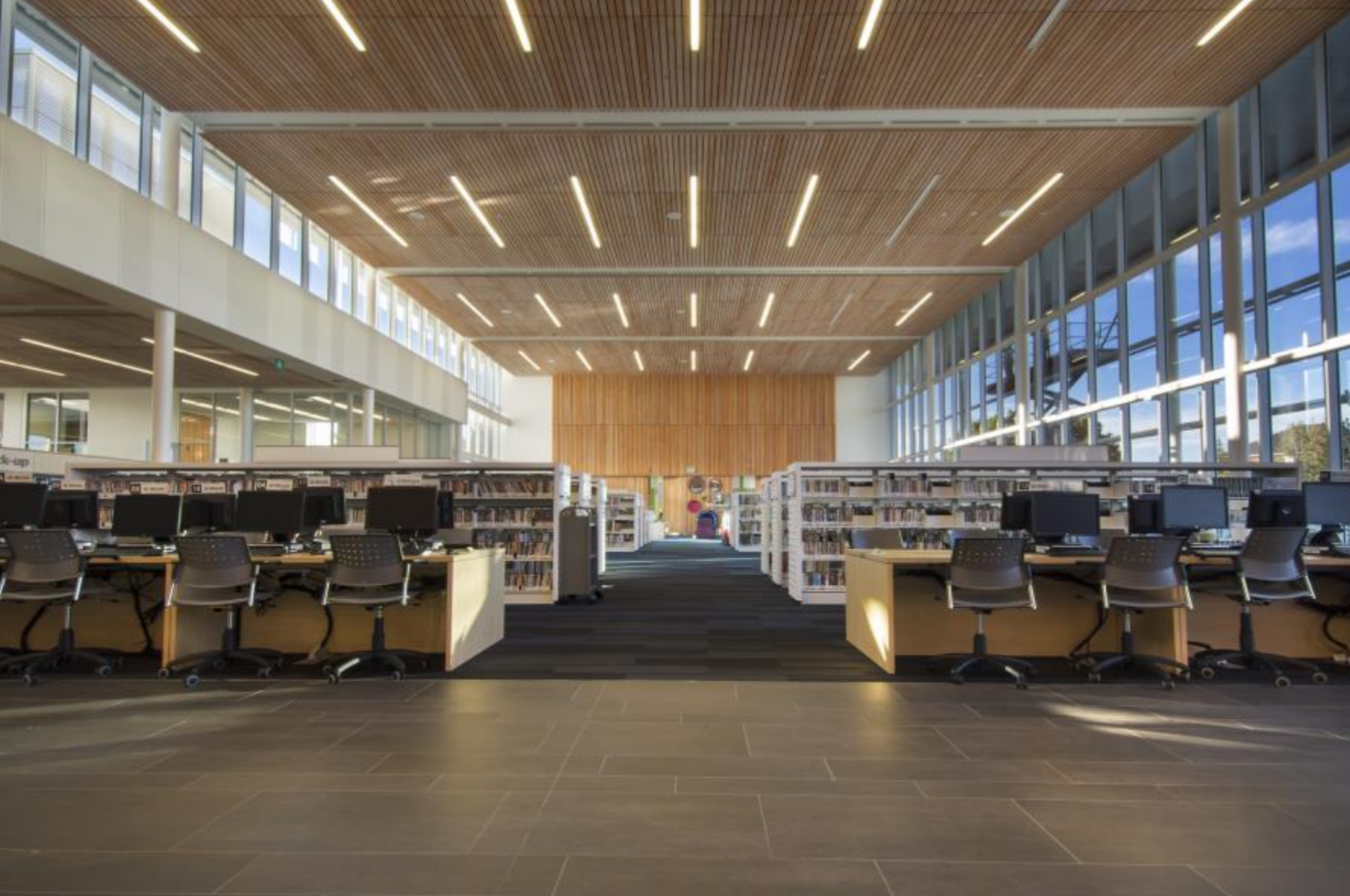 More than 5,000 new virtual library cards have been issued to users since brick-and-mortar buildings closed during the spring lockdown. They remain subject to further restrictions while Peel fights to curb the second wave of viral spread. Staff mobilized to offer curbside pickup, shift programming online and promote OverDrive – a platform that hosts the library’s virtual resources – which has since added 11,000 new customers. Downloadable video content and e-book rentals soared, the library quickly boosted its Wifi hotspot lending capability and donated 100 laptops to Peel students in need.

“The library really strongly believes in equity of access to information,” said Jennifer Stirling, director of library services, in an interview. “We continue to look for ways to support customers who fall below the digital divide and understand that this has been exacerbated throughout the pandemic.”

The pandemic has forced library systems around the world to speed up their transformation from traditional book-lenders to knowledge-based hubs that offer a wide range of content virtually. But the ongoing public health reality has not solved the puzzle of paying for the platforms of the future, while the financial crunch being felt across the City’s operations will delay some library projects.

Ahead of the 2021 budget process, staff considered service level changes, use of reserves, cutting back expenses and other strategies to help Mississauga achieve a lower property tax increase to help struggling residents. Some initiatives to modernize service will likely be deferred so the library system can do its part to keep the budget increase lower than planned.

The proposed three-percent rise, or $730,000, requested for next year will allow library staff to keep service levels the same while continuing to adapt to the digital age, according to its budget presentation. This would put the department at a $29.7 million budget in 2021, with a $3.3 million increase proposed in its capital plan over the next decade. This year, the library saw a $3.8 million surplus in facility and labour costs due to a hiring freeze and temporary layoffs, some which are still in place, from its 400 part-time and full-time staff. This was offset by a $900,000 deficit from a reduction of services and fees paid.

Despite facility closures, staff have continued to operate the Open Window Hub, a service offering meals, personal hygiene kits, and access to a social worker for the homeless, those at-risk and youth in need. Five families have recently been connected to housing through the program, which services an average of 16 people a day, according to the library budget presentation. Library board member and Ward 8 Councillor Matt Mahoney applauded the service for being nimble in adapting programming under the changing COVID-19 restrictions, which staff cited as the reason for delaying about $1 million in projects until 2023 and 2024. These include technology licenses for the Central Library and funding for Maker Mississauga, a program that gives library visitors access to arts and science tools including 3D printing, sewing machines, and coding instruction.

The City’s library system has one of the most competitive operating costs in the GTA, at $36.06 per capita, compared to $56.70 in Hamilton and $68.70 in Toronto. Operations are seeing a decline in the circulation of some physical materials, such as DVDs, CDs and books, according to the Library Board.

Increased costs for e-book borrowing is another reality libraries across North America are contending with, as publishers raise prices while often using more restrictive purchasing rights for virtual offerings.

“E-books have been a challenge for libraries because we have lacked the ability over time to have access – and for flexible and fair content terms – to be able to afford to pay for books going forward,” Stirling said.

Organizations such as the Canadian Library Association are denouncing what they consider unfair practises by the “Big Five” international publishers: HarperCollins, Macmillan, Hachette, Penguin Random House, and Simon & Schuster. Last fall, Macmillan introduced a policy allowing public libraries to only purchase one copy of a new e-book, and waiting eight weeks before purchasing others. Combined with long waitlists, and prices inflated by three to five times for e-books sold to public libraries, according to the Canadian Urban Libraries Council, these practises reduce access to books on the very platform that was designed to make them accessible.

A David Baldacci book in an online format is about $87, where a physical copy is about $22, Stirling said. An Ellen DeGeneres book can go for as much as $146. This cost on a library’s collection budget is compounded by the fact that e-book content agreements with publishers have terms that only grant access to a particular e-book for a certain time, or number of circulations, before it must be re-purchased. 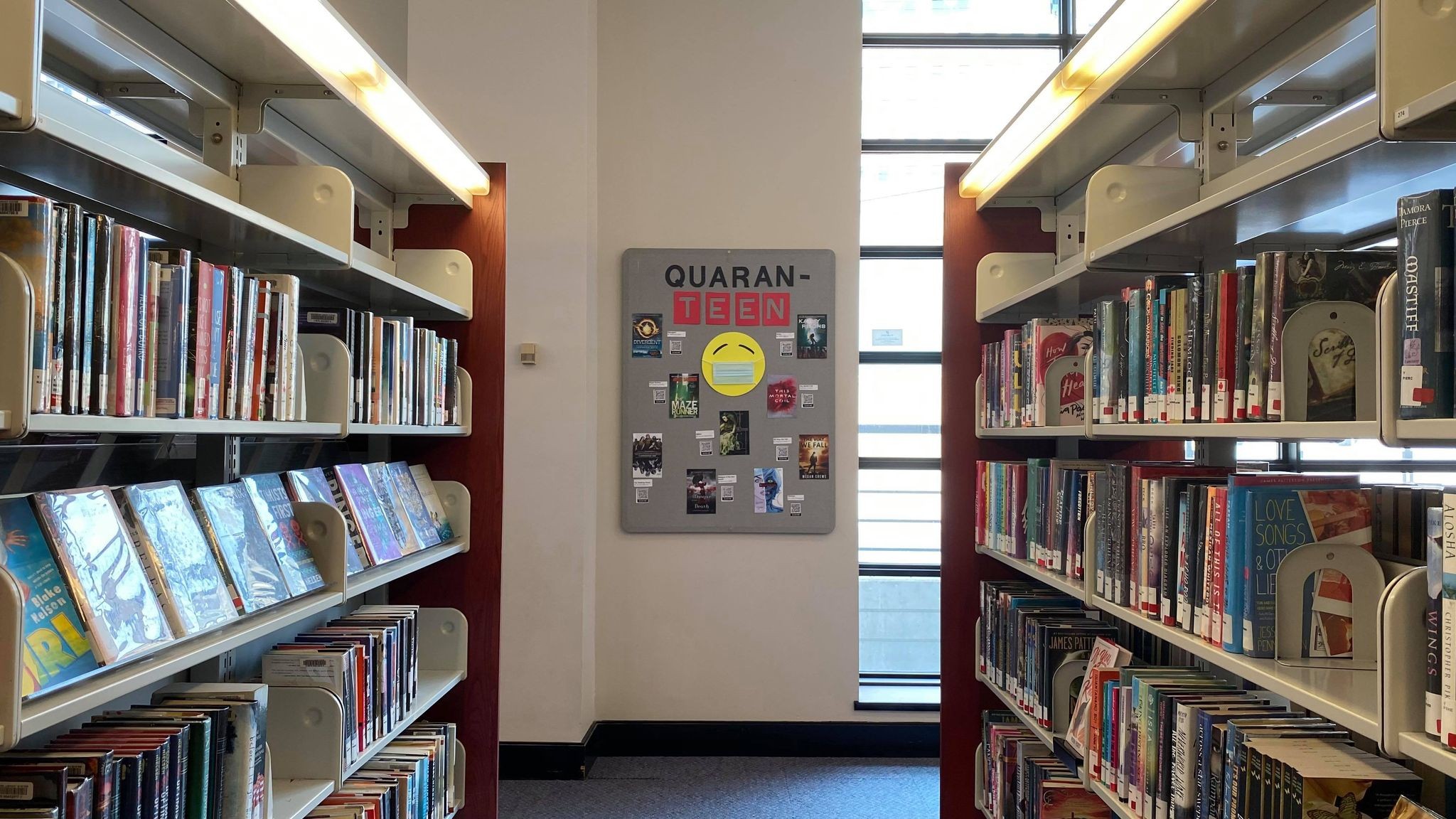 Despite the rising popularity of e-books, physical copies remain the cheaper option for libraries on tight budgets.

In a bid to alleviate some of these pressures, Mississauga library began sharing e-book access last April with customers at Hamilton and Burlington libraries, which still meets the publishers’ terms. From May to November this year, Mississaugans checked out 52,000 e-books from the other two cities, and readers in Hamilton and Burlington in turn checked out 36,000 and 22,000 e-books from Mississauga. Last month, Mississauga’s became one of a few library systems in North America to hit the 1-million e-book circulation mark, Stirling said.

The anticipated redevelopment of the main branch – to be renamed the Hazel McCallion Central Library in honour of the city’s longest-serving mayor – is slated to begin in March 2021. The 2021 capital budget has earmarked $18.5 million for the project, which will be funded in the 2021 to 2030 capital budgets to the tune of $42.8 million. The development will be led by Aquicon Construction Ltd. 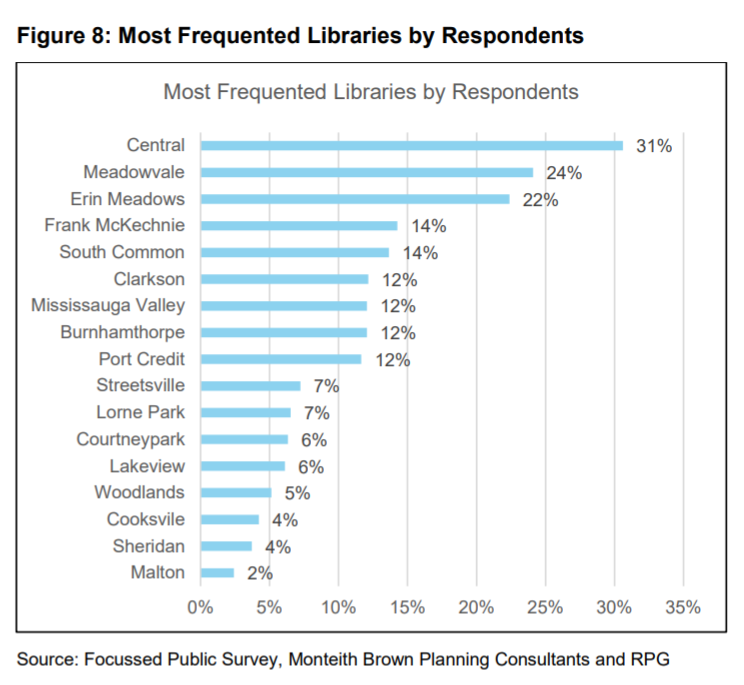 The Central location is the busiest of Mississauga’s libraries. It will close later this month and reopen in 2023, following a renovation to all five of its floors that will add 28,000 square-feet of public space in the building, and another 6,000 square-feet of staff and secondary spaces on the fourth floor, with a view of Celebration Square. The library opened in 1991, and this is its first major renovation.

It will maintain a small storefront and use a program room on the second floor of the Living Arts Centre to ensure readers in the immediate area have easy access to services.