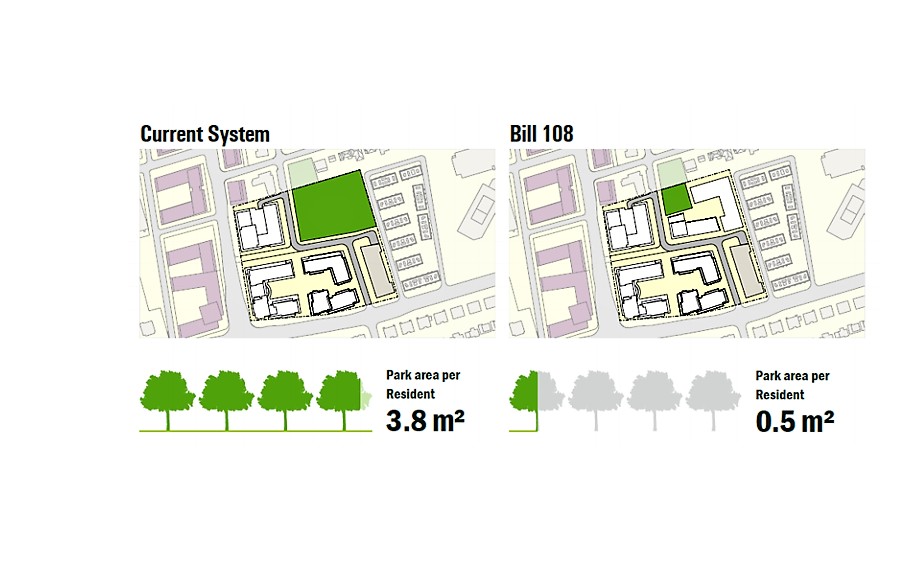 In May, the City of Mississauga gnashed its teeth.

At the time, it was knee-deep in the first wave of the COVID-19 pandemic. A number of long-term care homes in the city were in outbreak, with dozens of deaths recorded. Business owners were also hurting, their shuttered bars, restaurants and gyms collecting dust and debt.

Inside City Hall, losses were mounting daily. Reluctantly, the City had been forced to let roughly 2,000 staff, mostly part-time, seasonal employees, go from its empty recreation facilities. Help eventually offered by the federal and provincial governments was still months away from materializing. 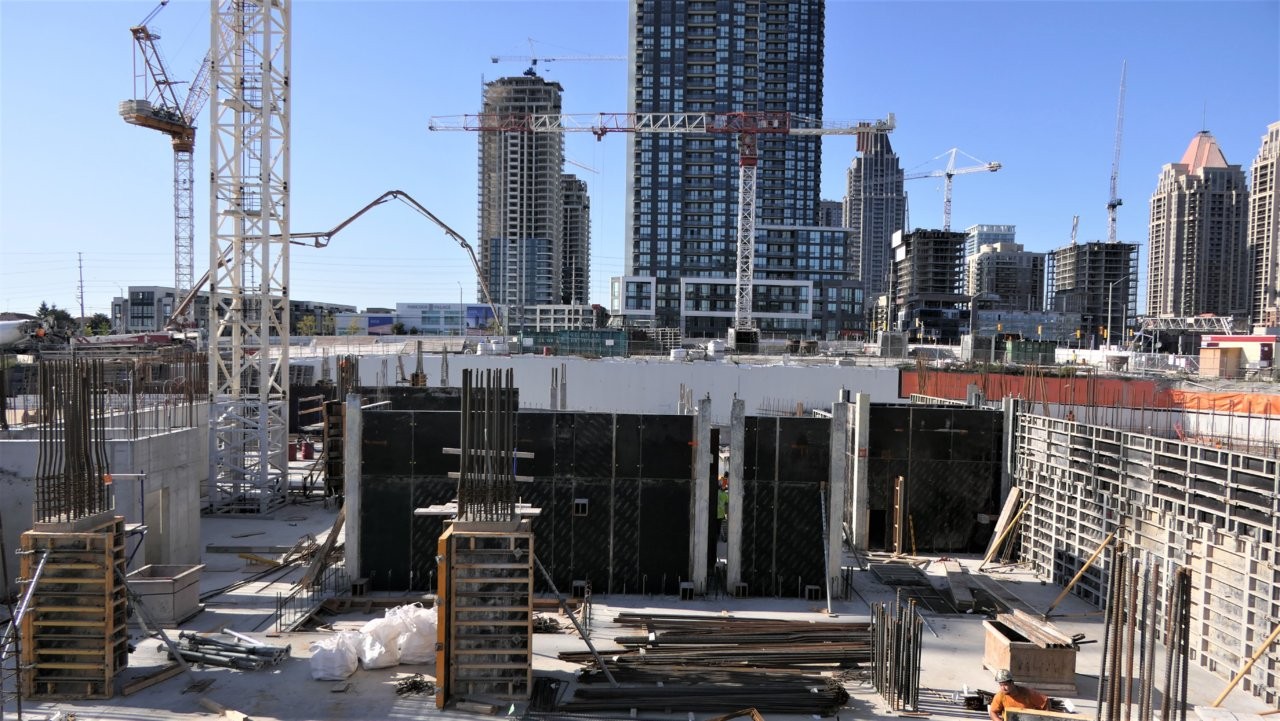 Quietly, while the world was distracted, the Doug Ford PC government was forging ahead with its plans to seismically shift how developers pay for growth. Under the area of development subsidies known as a Community Benefits Charge (CBC), the Province was toying with new rules for planning. These fees are often paid by builders to create enhanced features such as green spaces or other amenities that are built using additional money charged to developers in exchange for project changes that generally create more profit, such as adding additional floors to a condo building.

Changes were introduced as one of many initiatives in Bill 108 (More Homes, More Choice) — legislation that was almost universally decried around municipal council tables when it received royal assent in 2019.

The Province allowed consultation in May (when Mississauga was preoccupied with its pandemic response) which revolved around parks. Just how much greenspace developers needed to provide for even more new residents that would eventually be housed in expanded projects, was a question that created tension. According to staff reports in Brampton and Mississauga at the time, the proposed changes meant developers would pay less to cities, for the features they have for decades been expected to provide when building large residential projects. Municipalities, under the PC government’s plan, would be worse off, while developers would be further ahead. 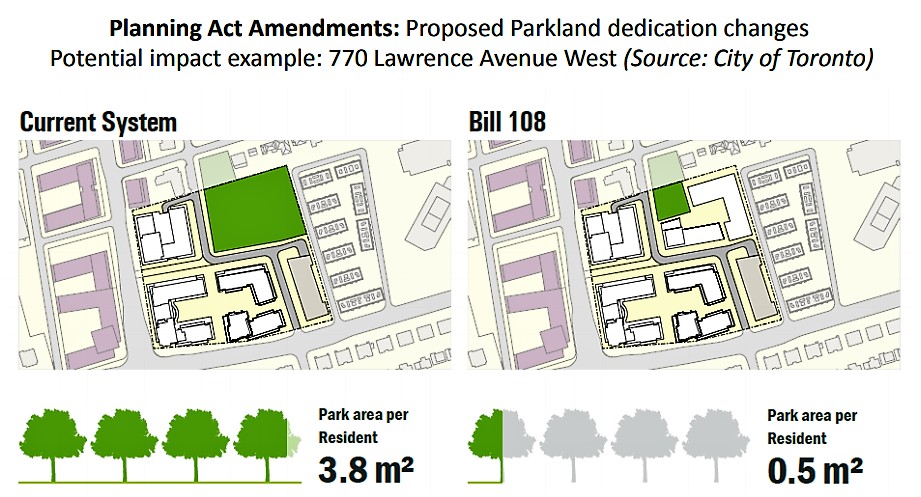 “At a time when we are grappling with the unprecedented financial impacts of COVID-19, the proposed Community Benefits Charge will leave Council [with] even more difficult decisions,” then City Manager, Janice Baker, told Mississauga Council.

Under the current rules, developers have to offer a certain amount of parkland to cities and, if they want to reduce that amount, they have to pay a fee. The CBC proposals limited parkland related contributions to 10 percent of the land’s value for high-rise buildings, meaning the projects with the most residents would offer the least public space per capita.

“The proposed CBC weakens the link between population growth and the increased need for services,” a Mississauga staff report earlier in the year stated.

In Mississauga, under the current system, high and medium-density developments contribute 74 percent of parkland (either physically or in payments). The CBC proposals meant dense developments would cough up just 31 percent of the funding for the city’s new greenspace, with non-residential and low-density homes (which already have backyards) making up the difference. It seemed illogical.

After a passionate response from Mississauga and other cities angered by the prospect of a revenue hit while they are reeling financially because of the pandemic, the PC government has rolled back its proposed changes.

“The new community benefits charge authority provides local governments with the flexibility to collect funds for any growth-related services required due to higher density residential development, as long as those costs are not being recovered under other tools,” a spokesperson for the Ministry of Municipalities and Housing explained to The Pointer. “A community benefits charge may enable municipalities to recover the capital costs of any service, as long as it is needed to support new growth … the types of services funded through community benefits charges could include parks, recreation centres, affordable housing, child care, cycling infrastructure and others.”

“We were very pleased the Province listened to the feedback from municipalities and rolled back many of the proposed Bill 108 provisions around the Community Benefits Charge,” Jason Bevan, director, city planning strategies, told The Pointer. “We look forward to seeing the final CBC regulations on the percentage of land value cap.”

The Association of Municipalities of Ontario (AMO) which advocates for the lowest tier of government, said it was “pleased to see the addition of eligible services for development charge recovery being restored” alongside “maintaining existing parkland provisions and the flexibility of CBCs as a tool to recover additional costs”.

After a year of consternation for cities, the Province has largely walked back its plans for the CBC. The legislation, initially blasted as a developer freebie, has gradually been softened.

Originally, the new legislative changes impacted a range of community features that municipalities have to provide for residents under the development proposals submitted by builders after assembling land for growth. Municipalities were concerned they would have to stretch the funds from the charge to cover features such as libraries, community centres, parks and playgrounds. Responding to feedback, the Province changed tack and protected a range of community features that will continue to be covered by development charges. 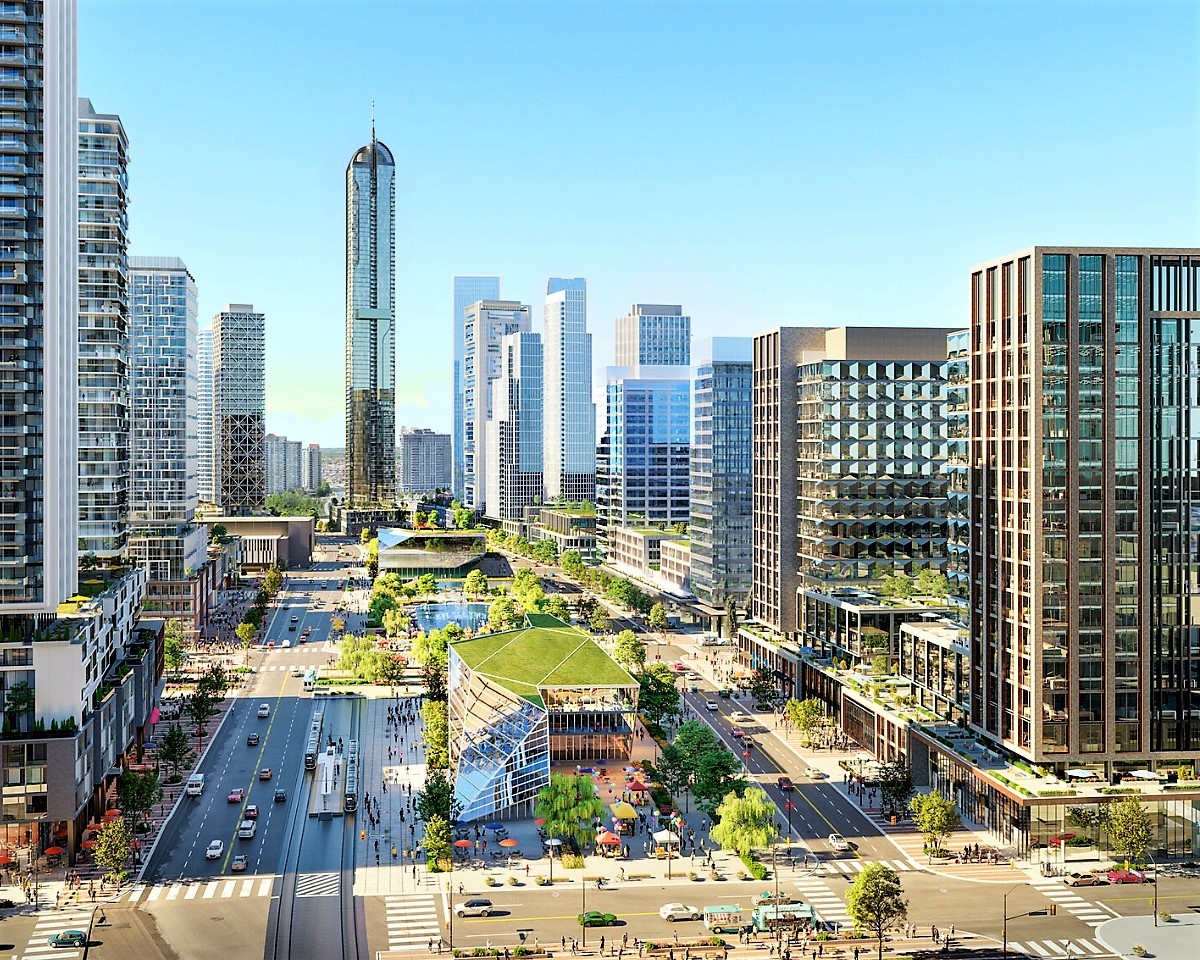 With massive developments set to begin such as Lakeview Village, top, and Oxford's Square One plan, bottom, Mississauga residents should have a say in the community features created from fees charged to developers

Specific infrastructure, including libraries and other “soft” services, are covered under the Development Charges Act. Developers will continue to pay for the costs associated with growth.

But, realistically, these charges are generally covered by buyers who pay for them through increased unit costs that developers charge when setting their sale prices. It seems much more fair to have the people in a particular new development pay for the surrounding features and services they will enjoy, rather than having property tax payers in general cover the expenses when municipalities have to fund them.

At the beginning of October, further regulations were released which made the CBC picture a little clearer still.

While the charge is designed to capture certain soft community services not always covered by traditional development charges, there are several areas explicitly excluded. Long-term care, universities, clubhouses or retirement homes cannot be funded using the latest form of CBCs.

The new CBC mechanism, brought in to codify an element of development which previously operated as more of a negotiation, comes with strict rules. Cities are tasked, over the next two years, with creating a CBC strategy and bylaw to estimate the amount and type of development where the charge may be used. The strategy should also estimate the increased need for facilities and services as a direct result of developments and the associated growth-related costs.

It must acknowledge any grants or subsidies made to help with such projects. A potential sticking point for municipal councils is a cap on the CBC, meaning the charge cannot exceed 4 percent of the value of the lands being developed. If developers disagree with the land valuation, they can dispute it.

The likely outcome will see buyers cover any increased costs, as developers across the province won’t have to worry about unfair pricing competition because all builders will have to raise prices. In the end, it will be mostly young buyers who will absorb the additional financial burden for creating enhanced community features they will benefit from.

Moving forward, municipalities will also produce an annual report showing how much money is in their CBC and parkland reserves. The reports will detail where money is spent and how projects not using CBC charges were funded.

The concept behind the strategy and bylaw is to make costs more predictable for developers and reduce negotiations between individual builders and local politicians. Exactly what community features Mississauga will prioritize under the new CBC system will become clearer over the next two years, as the City draws together its bylaw for the charge.

These community standards will best serve the public if they are directly involved and make clear what they want in their neighbourhoods.

In essence, as long as cities don’t double charge through other parkland contributions or development charges, they can hit developers with a bill for any growth costs, other than the small list of features that are exempt. The amount is capped under the 4 percent limit, based on the land value. But it still gives high-growth municipalities such as Mississauga and Brampton welcome breathing room as they no longer have to worry about paying for a range of new community features while struggling with the financial damage caused by the pandemic.

Smart decision making around the bylaw, with some elements still emerging, should help ensure that as new developments keep springing up across the city, growth will pay for growth in Mississauga.