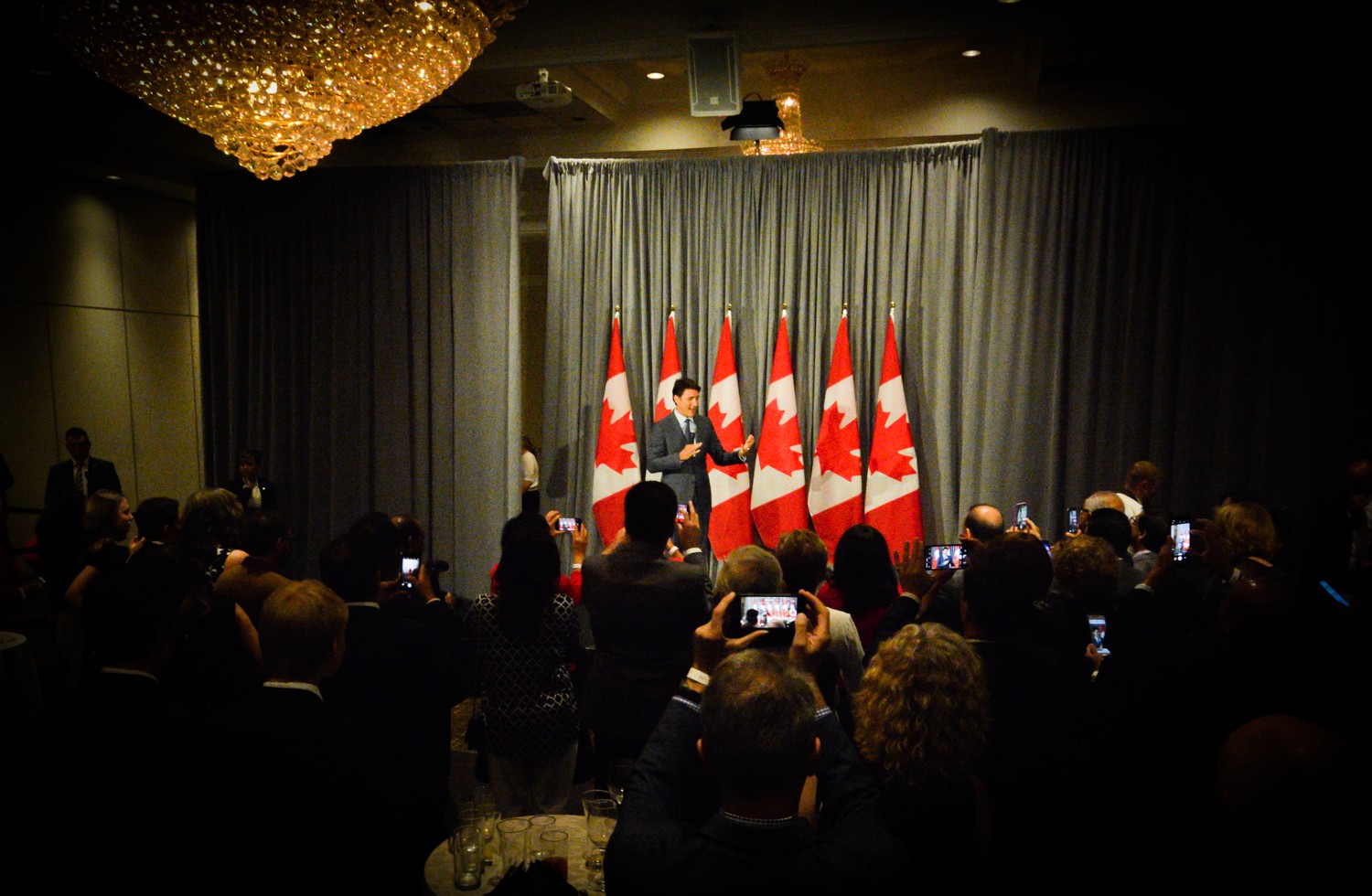 The Region of Peel and its two big cities need to start preparing infrastructure and social services for a wave of newcomers who will rely on these supports to get settled in their new country.

The Liberal government under Prime Minister Justin Trudeau is increasing the country’s immigration targets in a concerted effort to support the recovery of an economy trampled flat by COVID-19. According to labour force surveys, unemployment numbers have reached levels far exceeding those observed during the 2008-9 economic recession, and the Trudeau government is banking on immigration to help spur growth.

“As we look to recovery, newcomers create jobs not just by giving our businesses the skills they need to thrive, but also by starting businesses themselves,” stated Immigration, Refugees, and Citizenship Minister Marco Mendicino in a press release. “Our plan will help to address some of our most acute labour shortages and to grow our population to keep Canada competitive on the world stage.”

A large portion of these new arrivals to Canada will undoubtedly settle in Peel Region, which has one of Canada’s biggest populations of visible minorities and immigrant families.

Data from the 2016 census shows 52 percent of Peel’s population was born outside of Canada, and 86 percent are either foreign-born, or first generation children of immigrants. The widespread popularity of Canada’s parent and grandparent reunification program means many immigrants who have settled here often look to sponsor and bring over family members from other parts of the world. 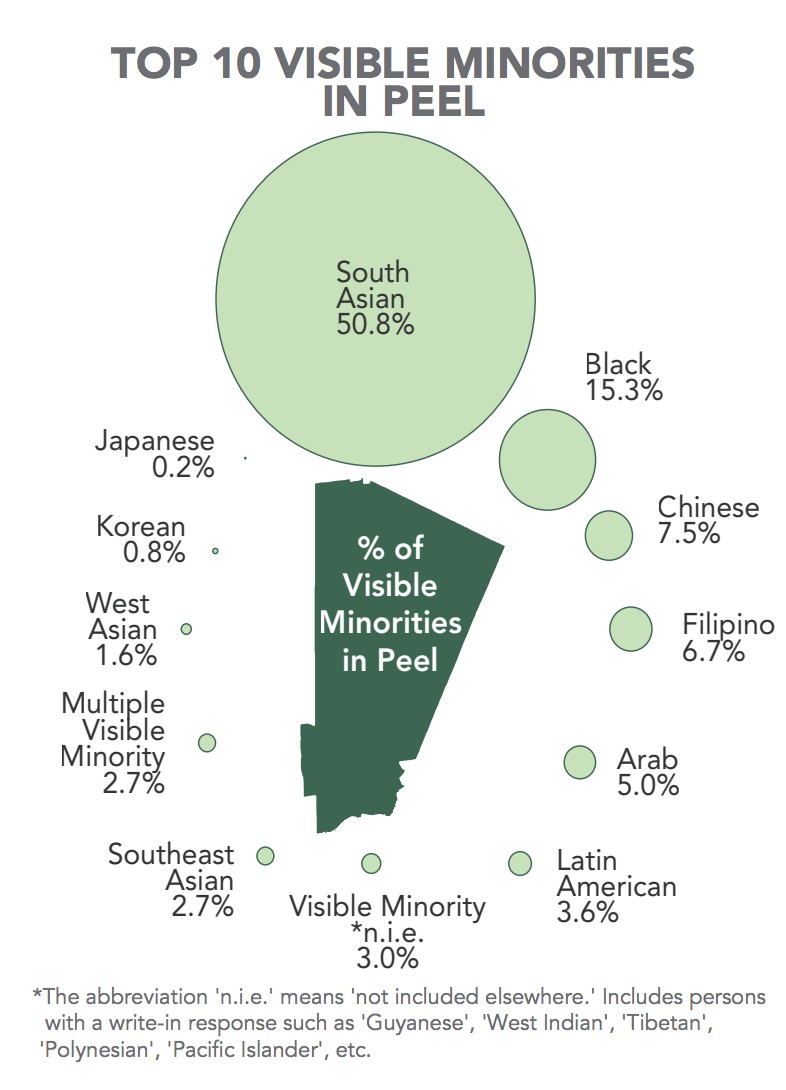 Brampton is one of the fastest growing cities in the country, rapidly expanding because of a mix of immigration, proximity to Pearson International Airport, huge developments for new family housing (which used to be more affordable than surrounding areas) and broad employment in low-skill industries that have typically been propped up by newcomers.

Both Brampton and Mississauga are projected to continue growing at a rapid clip, with Peel’s smaller city reaching almost 900,000 residents in about twenty years, which will complete its build-out from a mostly rural municipality 45 years ago. Its population stood at about 98,000 in 1975, then, largely because of immigration patterns, it swelled to about 650,000 today, making it Canada’s ninth largest city. After the coming waves of newcomers and its full build-out, it will likely be the seventh or eighth biggest municipality.

The federal government is aiming to welcome 60 percent of new immigrants through the economic category, those who possess skills and education in high demand to help stabilize the country’s labour force, which will experience dire shortages in a wide range of employment areas. Newcomers are expected to replace hundreds of thousands of retirees over the next decade, while also filling high-skilled jobs in innovation-creating fields such as computer engineering, software design, advanced manufacturing and green technology.

While the 60 percent target is a decrease from the previous 72 percent target set in 2018, it remains a big win for local businesses in Brampton and Mississauga looking for highly skilled labour to help them recover from the impacts of the pandemic. More than a third of economic class immigrants who entered the country in 2017 settled outside of major metropolitan centres like Montreal, Toronto or Vancouver, and even those who did choose larger municipal regions often found housing and jobs outside the hub city where real estate is considerably higher and employment is often centred in traditional industries. 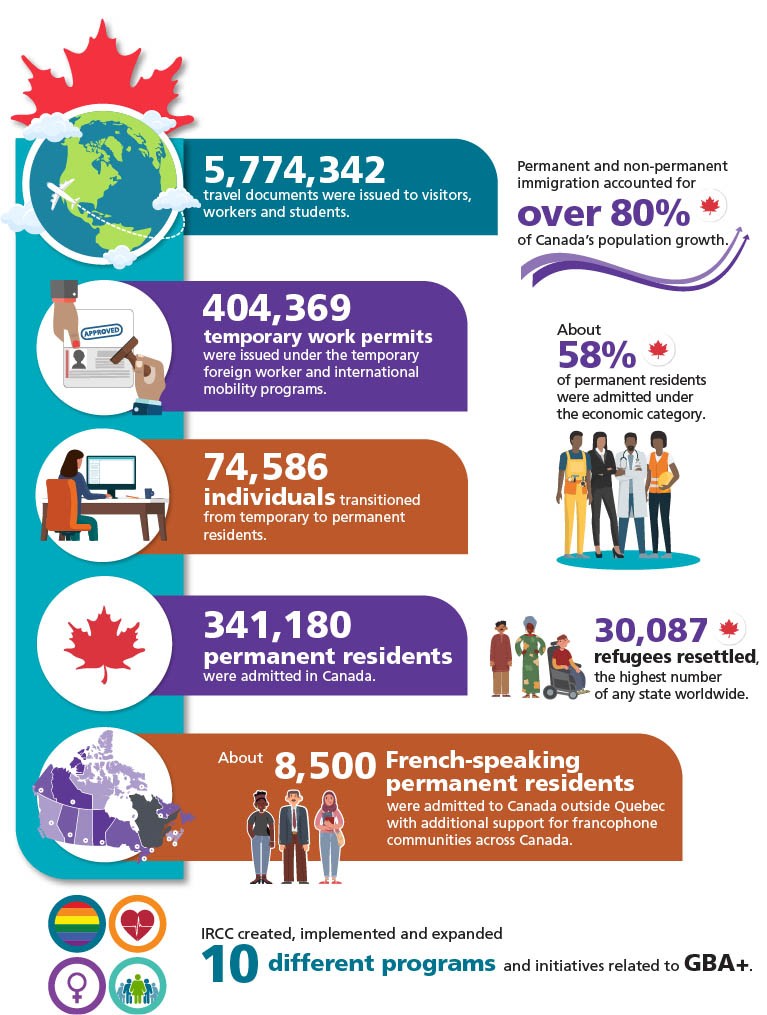 Immigration statistics from the federal government for 2019.

“As Mississauga’s economy grows, and as companies from across Canada and the world choose Mississauga to expand their operations, the demand for talent also increases,” Mississauga Mayor Bonnie Crombie told The Pointer. “We know that in order to meet the demands of these companies for highly-skilled workers, increased immigration is important, similar to most major urban centres across the country.”

With the Region and its two major cities crushed under a second wave of COVID-19 — Peel recorded more than 31 percent of new Ontario cases Friday and Saturday — and residents now facing strict orders from public health officials to associate only with those in their household, preparing for the future may be difficult to think about when the present is completely overwhelming.

But, as the pandemic eventually fades, municipalities will be left with depleted coffers and all the same problems that existed before the public health crisis. While it’s true that many immigrants arrive in the country with familial connections and skills to help them land employment in Canada, it’s not always easy. In 2015, it was estimated that 40 percent of immigrants in Peel were precariously employed during their first year. Even after getting settled, studies have shown that immigrant populations earn less on average than their Canadian-born counterparts.

It means the responsibility falls to municipalities to provide the functioning infrastructure and affordable housing to support these individuals, as well as maintaining the required social services — everything from employment support and child care assistance to mental health and cultural supports often needed by those trying to adjust in the face of obstacles. These supports help settle them into their new lives, and effectively “rebuild their social networks” as a 2012 report from the Region of Peel put it.

Peel has experienced rapid population growth over the last decade, putting a significant amount of pressure on its infrastructure and social supports; an influx of new immigrants over several years, will only increase the strain.

The Region’s affordable housing system has one of the longest waitlists in the province and emergency shelters operate at or near capacity 365 days of the year. Officials from the Peel-Dufferin branch of the Canadian Mental Health Association (CMHA) estimate they only reach about 10 percent of those who need help in the region. Between 2014 and 2019, food bank visits in Mississauga increased from just over 40,000 a year to 133,524, a disturbing 234 percent increase in just half a decade.

A lack of investment from all three levels of government has contributed to the problem. While regional councillors shoulder much of the blame for ignoring an issue that has reached crisis levels — two consecutive budgets have failed to offer any significant investment in affordable housing — the provincial government has also let Peel degrade to one of the lowest funded areas for a variety of services, including mental health and addictions, public health, education and affordable housing among others. Numerous times over the last decade Regional Council has attempted to bring these funding woes to the attention of the two higher levels of government, but investments from Queen’s Park and Ottawa have fallen far short of what’s needed in the hyper-growth region. 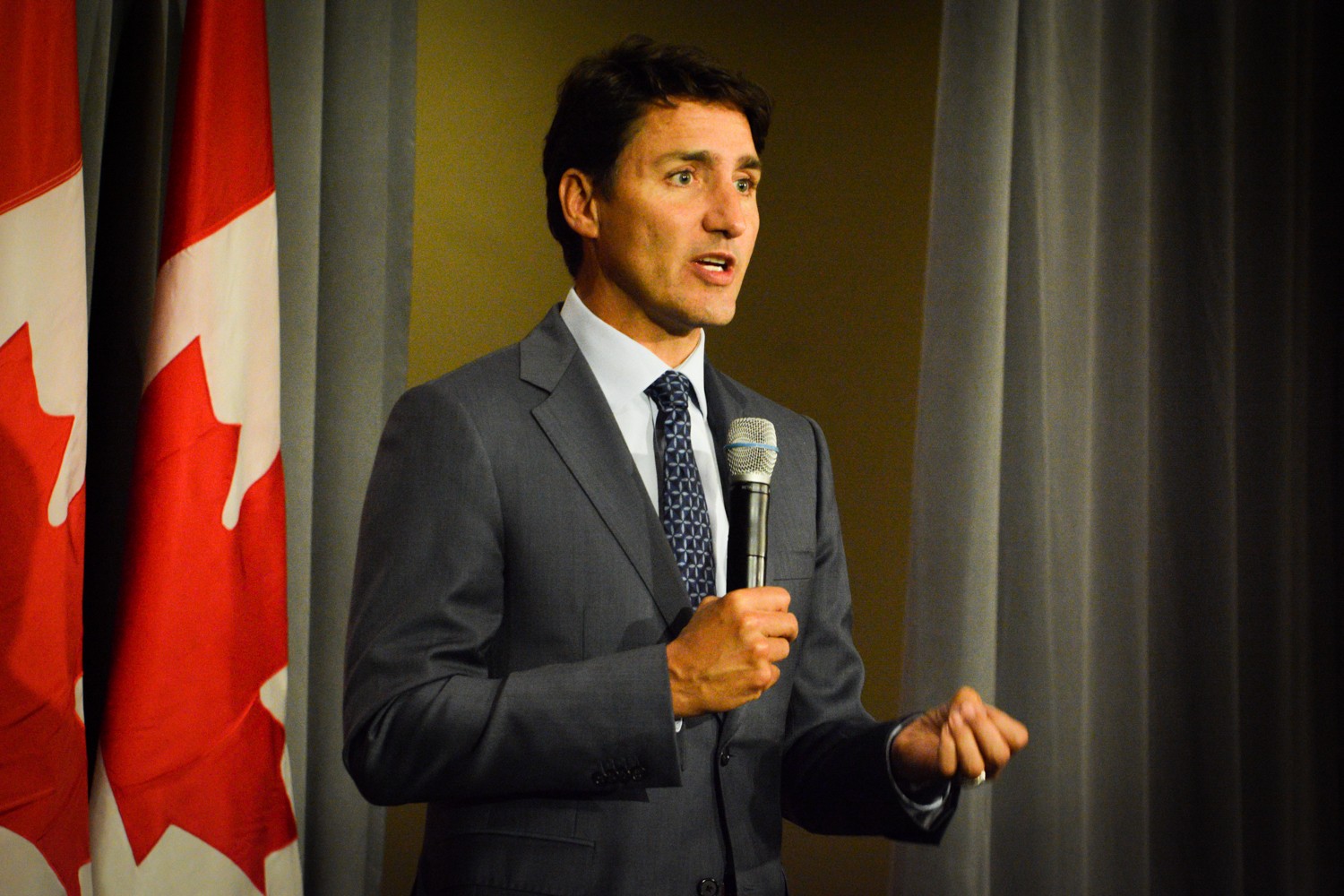 Enhanced immigration targets from the Liberal government under Justin Trudeau will see many new arrivals to Canada settle in Peel.

If the pattern continues, with the federal government welcoming hundreds of thousands of newcomers into the country each year and as many as 20,000 of them eventually settling in Peel annually, under growth strategies established by Queen’s Park, Brampton and Mississauga will continue to play catch-up.

Lost human capital is hard to calculate, but it’s widely understood that barriers for immigrants prevent them from fully contributing to Canada’s economic output. So, despite immigration policies meant to bolster the labour force, newcomers are often forced to push back against all sorts of forces preventing them from using their skills. A lack of affordable housing and public transportation can pose barriers just as significant as discrimination and the refusal to accept foreign credentials.

This is a failure of Canada’s immigration system. If we want to attract highly educated men and women professionals in a range of fields, their human capital is wasted when we can’t even provide basic supports such as housing, transportation and child care.

“Mississauga would of course welcome any additional federal support in order to help accommodate an increased number of new arrivals to Mississauga,” Crombie says. 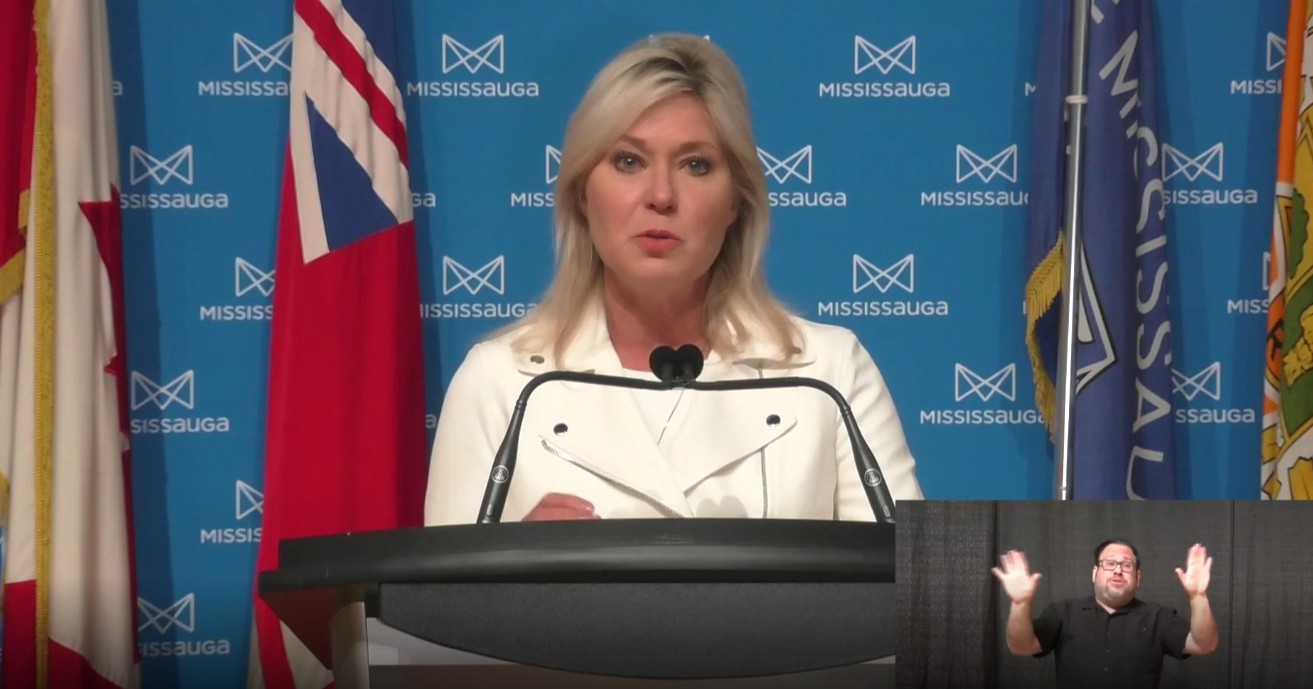 The same was said by Brampton Mayor Patrick Brown, who noted he would absolutely welcome more funding as Brampton continues to be a “destination of so many new Canadians.”

“I am proud to be a welcoming country and support the increasing immigration levels that we have seen in Canada,” he added.

To date, major funding initiatives from the federal government, like the Investing in Canada Infrastructure Plan, a 12-year, $188 billion program under the Liberal government, has largely failed to address key infrastructure issues in Peel. Both Brampton and Mississauga are staring down hundreds of millions of dollars in infrastructure deficits that will only get worse as the growth and strain on local budgets continue.

Immigration is a key to our country’s future success, but local communities that welcome newcomers need to be supported if the federal government wants its own policy to bear fruit.