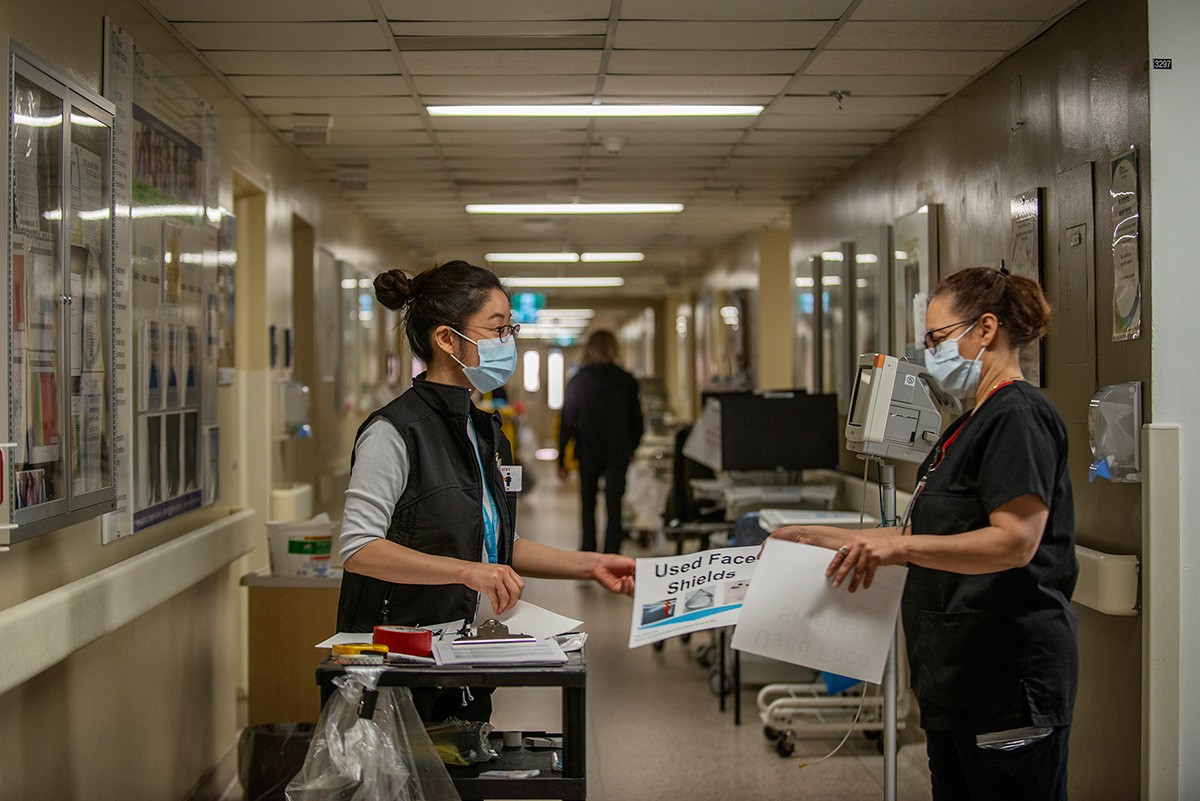 Hospitals are ‘the last line of defence’ against COVID-19; In Peel, they’re full

The pain in his abdomen was manageable. Mississauga artist Claudio Ghirardo did what he could to keep out of the emergency room, strapping on a support belt during exercise or long walks. His hernia surgery at Credit Valley Hospital was cancelled in April, part of sweeping measures to reduce pressure on the strained healthcare facility during the first wave of COVID-19.

“I had to try and keep myself focused, saying… ‘you need to take just one step at a time, one day at a time and just try and get through this,’” said Ghirardo, a comic artist and contemporary figurative painter, whose work is featured in City art collections.

His elderly father was due for the same hernia procedure in Italy, where the nightmarish circumstances in overrun hospitals during a viral surge forced him to wait, in severe pain, for a doctor to greenlight the surgery after his symptoms worsened.

Another of Ghirardo’s family members delayed an urgent cancer surgery by several days at a New York hospital. The city made headlines in the spring when hospitals were overwhelmed by critically ill patients, forcing the use of emergency overflow facilities and, in at least one case, a refrigerated truck called in to serve as a makeshift morgue.

The crisis facing hospitals is a familiar story around the globe, and now, Peel is trying to avoid a worst case scenario.

“We need the public's help right now, I can't overstate this,” said Alison Quigley, Senior Vice President of Patient Care Services at Trillium Health Partners, during a Mississauga press conference on Tuesday. In the previous 10 days, six people died of the virus within its hospitals’ walls, and doctors are seeing younger patients compared to the first wave, she said. Credit Valley Hospital is at 102 percent bed occupancy as of November 10, and Mississauga Hospital is at 104 percent, Trillium spokesperson Keeley Rogers confirmed. It’s not unusual for the hospitals to reach or exceed capacity during the fall and winter seasons, she said in an email. But COVID-19 patients in the Trillium system have doubled over the last week to 43, seven of which are in critical care.

At a Trillium assessment centre, an average 7.9 percent of COVID-19 tests turned up positive in the last week. Peel’s virus indicators are matching this concerning trend. 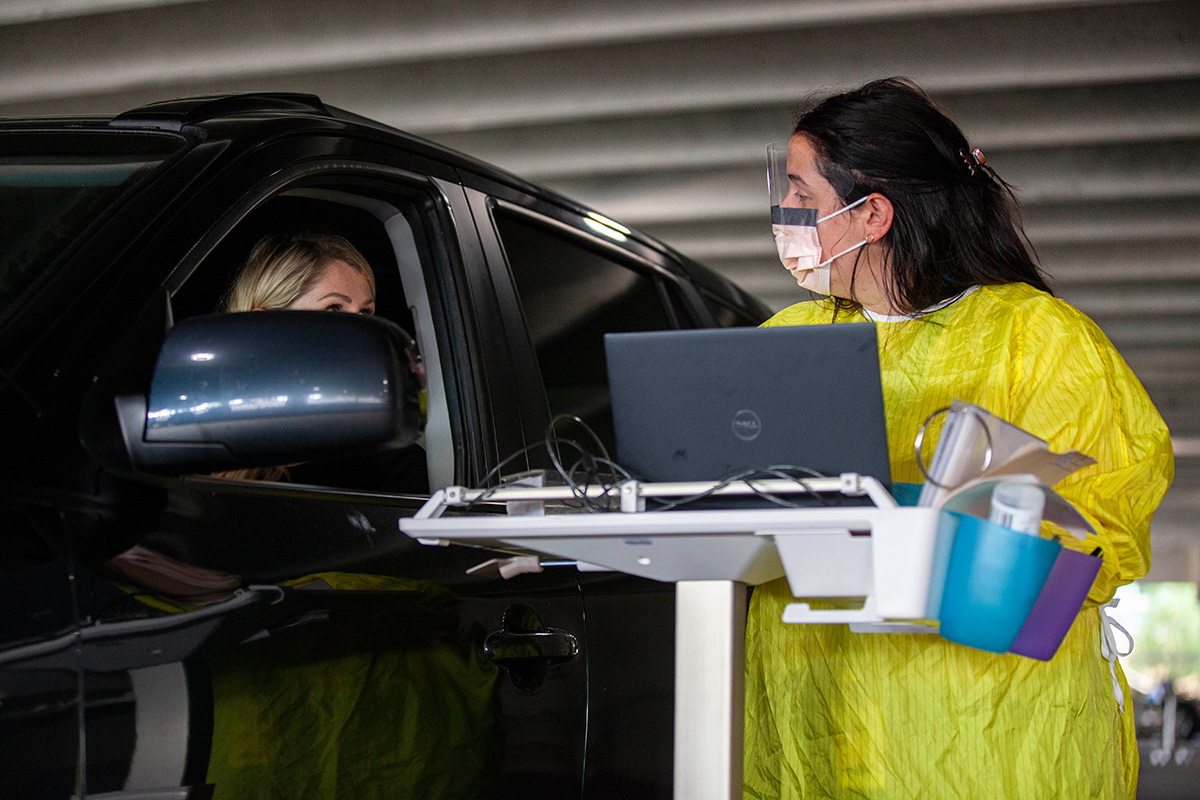 Testing remains a vital part of Peel, and Ontario's, response to COVID-19. Test positivity rates in Peel indicate the virus is spreading rapidly.

William Osler Health System, which operates Brampton Civic Hospital, is facing the same capacity issues and has been transferring patients to accommodate those fighting COVID-19 – Osler is treating 64 patients with the virus with seven in critical care. Another 41 patients suspected to have COVID-19 are also being treated. Dr. Naveed Mohammad, President and CEO of William Osler, previously told The Pointer that in-patient capacity is worse than the first wave, and doctors are seeing more and more patients requiring intensive care.

In a press conference Tuesday, Mayor Crombie called the situation at Brampton Civic hospital “grim,” and said the need for patients to isolate means that over 100 rooms intended for multiple patients can only host one at a time.

“What lies at the heart of the COVID crisis is that even a modest wave of COVID patients can disrupt everything quite significantly. And it's unfortunate to say it, but William Osler is the first powerful example,” said Anthony Dale, president and CEO of the Ontario Hospital Association (OHA). 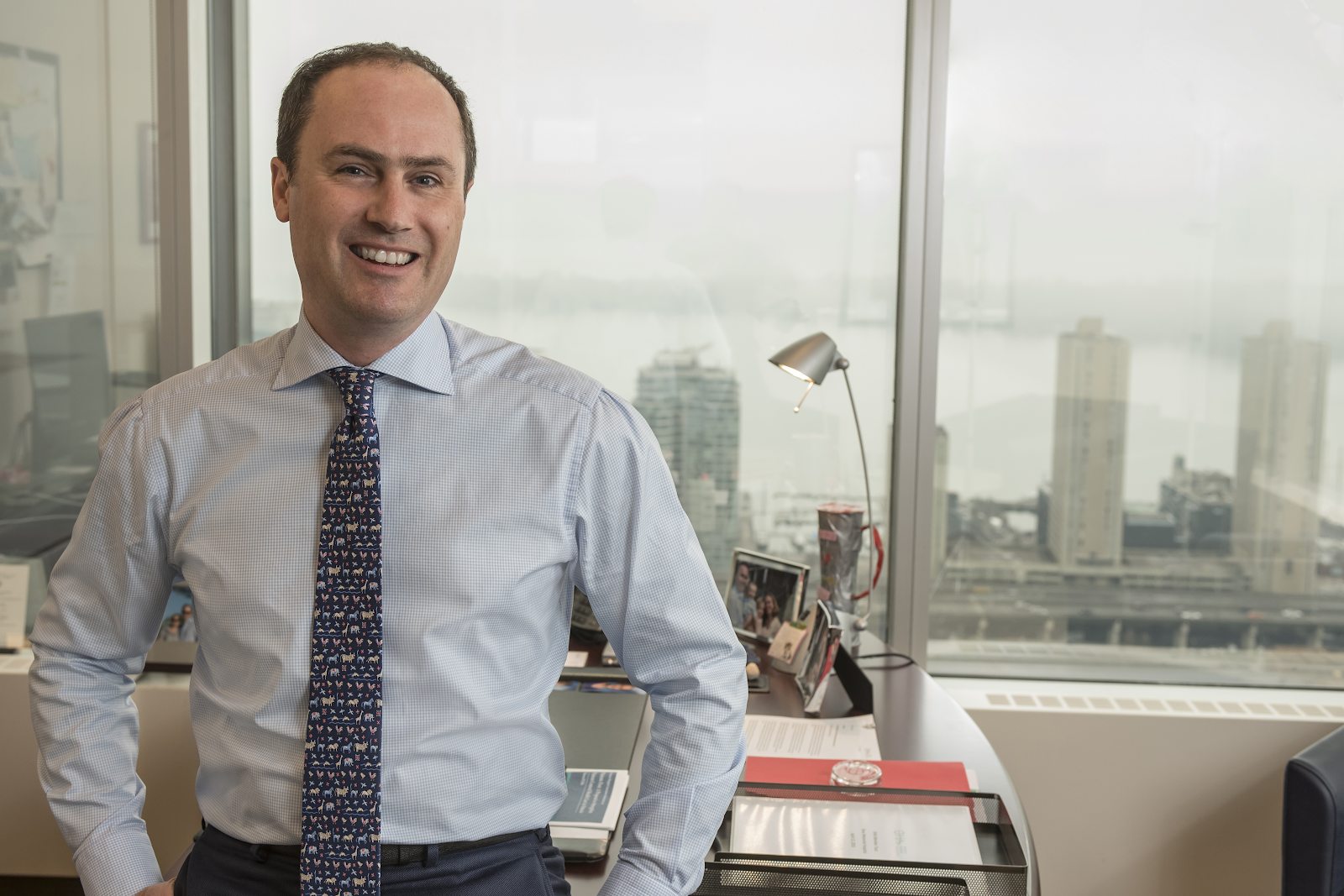 Anthony Dale, president and CEO of the Ontario Hospital Association

Hospital bed capacity in Ontario has remained stable since 1999, according to a December 2019 OHA report on hospital efficiency, though the province’s population has increased by 27 percent. The report’s analysis of acute care beds per 1,000 residents puts Ontario last compared to other provinces. Ontario also has fewer acute beds per capita, at 1.4, compared to Canada, at 2 beds per 1,000 between 2015 to 2018. For overall hospital beds, Brampton has less than 1 bed per 1,000 residents, compared to the Ontario average of just over two.

“Hospitals are the anchor of this response, and simultaneously, the last line of defence. There are no other health services that can deal with the requirement to fight this pandemic, and care for people with their other healthcare needs,” Dale said. “That's the fight in front of us.”

A full occupancy rate can lead to what’s called “code gridlock” in hospitals, creating conditions where patients cannot transfer between units. In hospitals, this plays out when bed allocators cannot move a patient who has been treated in the emergency department to an inpatient unit, for example, because those beds are full.

One strategy to alleviate gridlock is cancelling elective procedures to free up bed space. Many Ontario hospitals took this approach during the first wave of the pandemic, causing a backlog of some 150,000 surgeries and spurring ethical questions of denying access to care.

Hospitals cannot afford to worsen the wait-times for these procedures again, Dale said, underscoring that “elective” is not synonymous with “optional” – in other words, procedures like organ transplants, some cardiac care, and different kinds of cancer treatment are considered elective, but are still necessary to save lives.

Claudio Ghirardo counts himself among those fortunate enough to re-book his cancelled hernia procedure at Credit Valley Hospital in late September, just before the COVID-19 cases curve in Peel Region began its steep ascent to the disturbing numbers seen today.

Amid struggling to sell his paintings and comic illustrations following the closure of in-person art conventions, and worrying about his wife’s safety in the healthcare field, he can now focus on healing.

“I was lucky in that respect,” he said. “Some people, they’ve got it worse than me.”