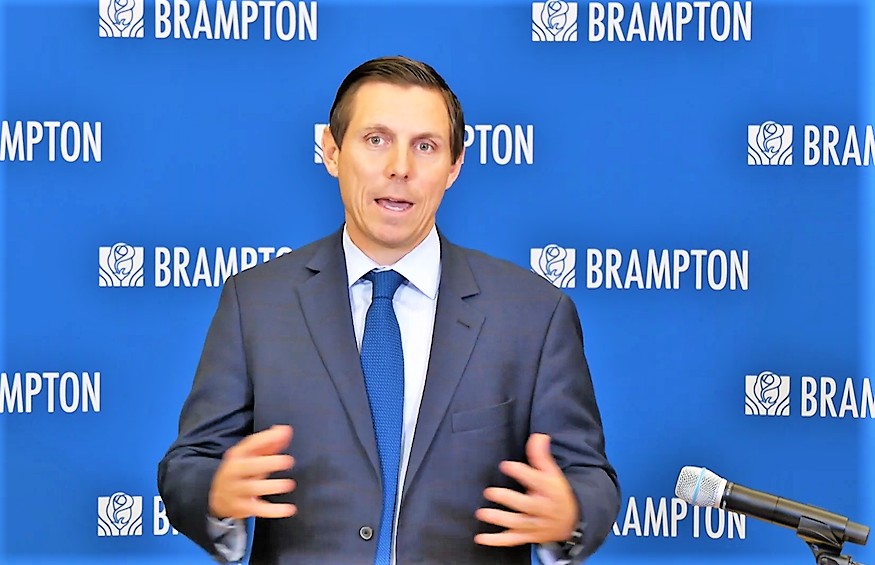 Toronto has become the convenient excuse for Brampton Mayor Patrick Brown. He has voiced frustration over the decision to move his city, along with the rest of Peel, back to a modified version of the Stage 2 lockdown, which is hitting local restaurants particularly hard.

“I am glad the Province of Ontario is looking at the safe resumption of dance studios. There was no public health data to support their closure in the first place,” Brown tweeted Monday, continuing his recent theme that Peel was unfairly included in the decision to move certain provincial hotspots into a modified Stage 2 shutdown.

He has been claiming that certain local businesses, most notably restaurants in Peel, have been free of viral infection, calling it a “head scratcher” as to why the Province moved the region back into a much stricter safety protocol that means all indoor dining is prohibited along with the use of gyms and other businesses that are prone to transmission.

But Brown has failed to explain where he is getting his information and how he can claim restaurants in Peel have been completely free of “forward” transmission. Public health experts have warned against making claims in the name of kick-starting the economy when it’s impossible to know where infection transmission is occurring.

There have been 12,350 confirmed cases of COVID-19 in Peel since the beginning of the pandemic, and 7,225, about 59 percent, have been among Brampton residents.

For Brown to suggest none of the transmission involved restaurants in Peel is a claim that simply can’t be proven, because Peel Public Health has stated not all infection points can be identified.

The alarmingly low testing rates in the city, which has only had one assessment centre since the start of the pandemic and is only performing about a third of the per capita target set by the province, means many cases of infection, including asymptomatic ones, are going undetected, so it’s impossible to determine how many might have involved local restaurants.

Brown has claimed spillover concerns about Toronto were the reason Peel restaurants were closed for indoor dining, but the Province has not stated this, and his comments do not explain why spread would be occurring in Toronto’s restaurants but not Brampton’s. He has claimed a link to bars and evening entertainment establishments, stating that unlike Toronto, Brampton does not have a nightlife scene.

None of his remarks address the surging COVID-19 case numbers in the city. October 17 saw the highest daily figure since the start of the pandemic, with 132 cases reported in Brampton, 17 percent of all cases in Ontario that day.

From October 13 to 19, there were 660 cases reported in the city. By comparison, the seven-day total from May 22 to 28 (the one-week high in the first wave) was 443 cases, and in the lowest period since the spring, the city had 48 cases from July 30 to August 5. That means the seven days that just passed had almost 14 times the number of cases in Brampton compared to early August. But despite the city's alarming infection rate, Brown has failed to explain why Brampton has among the lowest per capita testing levels in the province, which not only contributes to high infection levels, as public health officials are unable to trace and contain viral spread, it means there is no clear picture of where or how the spread is occurring in one of Canada’s worst hotspots.

To put the COVID rate into perspective, Toronto, which Brown has blamed for impacting surrounding municipalities, has had about 83 cases per 10,000 residents since the start of the pandemic. Brampton has had 111. 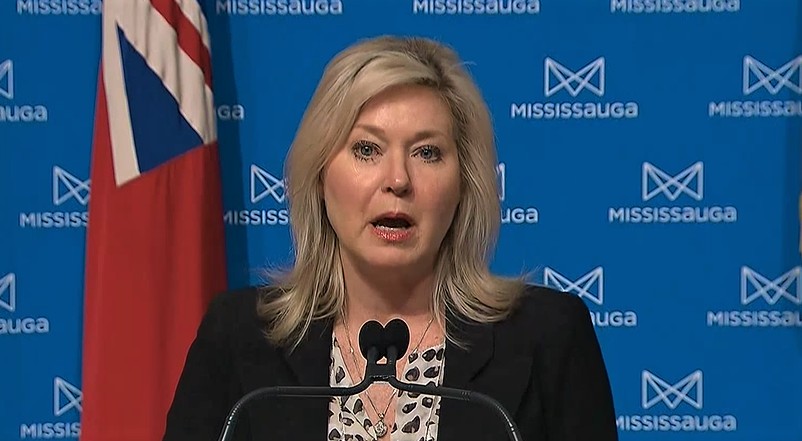 Mississauga Mayor Bonnie Crombie has also expressed similar frustration with the Province’s decision to shutdown certain businesses until the 28-day period ends (it will likely be extended if the case numbers in heavily impacted regions do not go down).

But instead of blaming Toronto or claiming her city’s establishments are free of risk, she has taken a more collaborative approach.

“Small businesses are the backbone of our community and they need our help now more than ever. Even small acts like ordering takeout once a week can make an enormous difference,” she tweeted last week, in response to mounting frustration among small business owners hit hard by the Province’s decision to close indoor dining at Peel restaurants, shutdown gyms and other businesses.

Across the world, the dilemma between economic safety and public health has been voiced repeatedly. It’s no surprise that a Liberal mayor like Crombie would send out a message that supports public safety first and foremost, while a Conservative such as Brown has repeatedly questioned the need to close businesses in the name of public health.

Mississauga’s numbers have not been nearly as high as Brampton’s with a little more than half the per capita rate and only 38 percent of Peel’s cases, despite having about 100,000 more residents than Brampton. Mississauga has also had three assessment centres since the start of the pandemic compared to Brampton’s lone facility, so the actual numbers in the smaller municipality could be much worse.

The city has dragged the rest of Peel back into a modified Stage 2 shutdown.

But Brown and other local leaders seem more content to point the finger of blame than take action to improve testing, so the virus can be controlled, and small businesses can reopen.