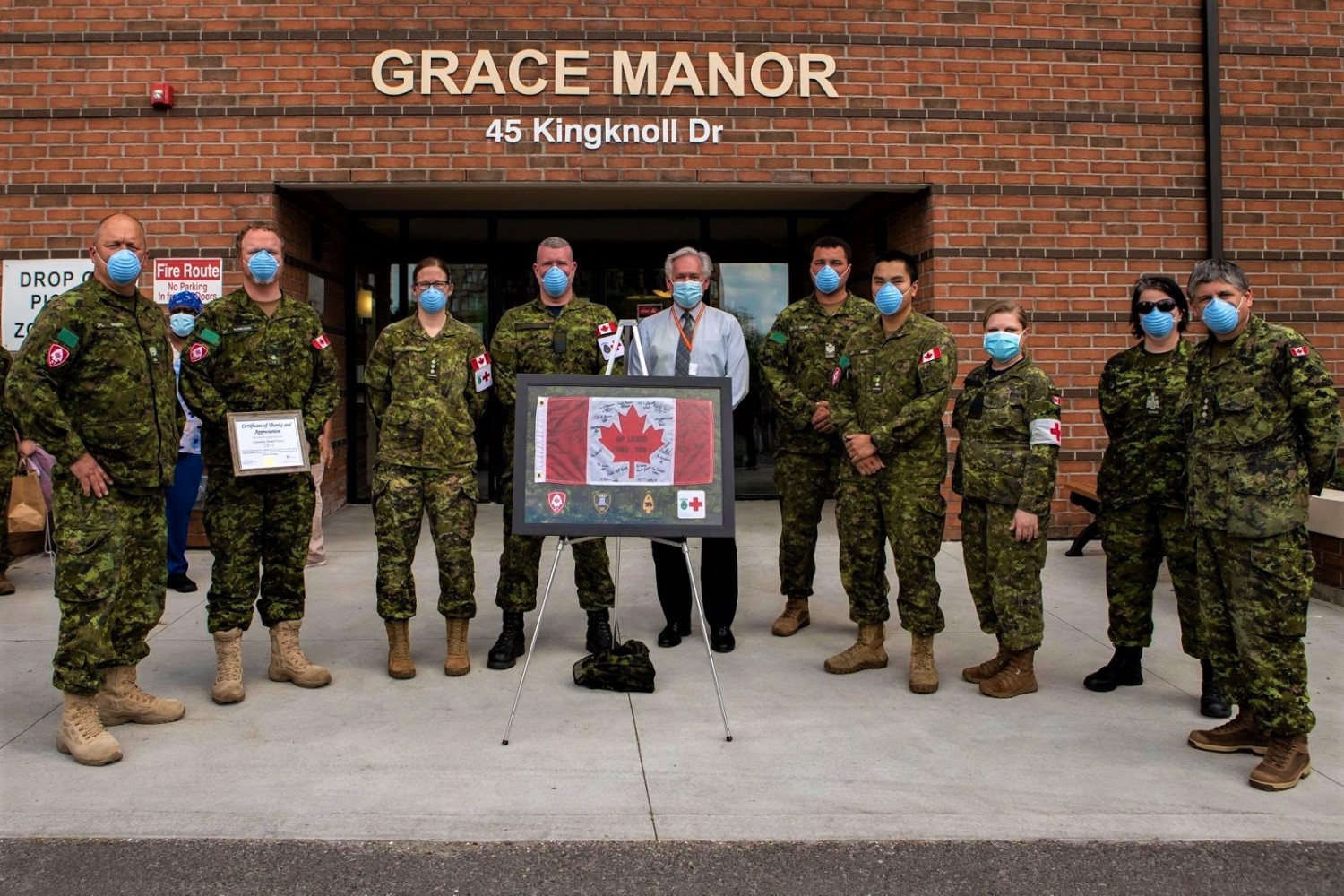 As the cold winter season began to change in favour of warmer spring weather, Elise Arthur and her daughter Kara Ferreira were concerned. Arthur was a resident of a Brampton long-term care facility owned by Holland Christian Homes and lived with a roommate.

She was “a known wanderer” and Arthur and Ferreira worried about the habit given the spread of the novel coronavirus. When concerns were shared with administration in mid-April, “no action was taken by Holland Christian,” and staff that attended to Arthur did so in “improper or inadequate” personal protective equipment, a statement of claim for a class action lawsuit against the organization alleges.

The address listed for HCH in the lawsuit is 7900 McLaughlin Road South, Brampton.

As of April 24, 49 residents at Grace Manor had tested positive for COVID-19 and two had died of the disease. Another 21 infections were reported among staff, at that time, when the pandemic was out of control inside the facility and the Canadian Armed Forces had to be called in.

Arthur was transferred to a hospital on April 22. Six days later, she tested positive for COVID-19. She passed away that same day. 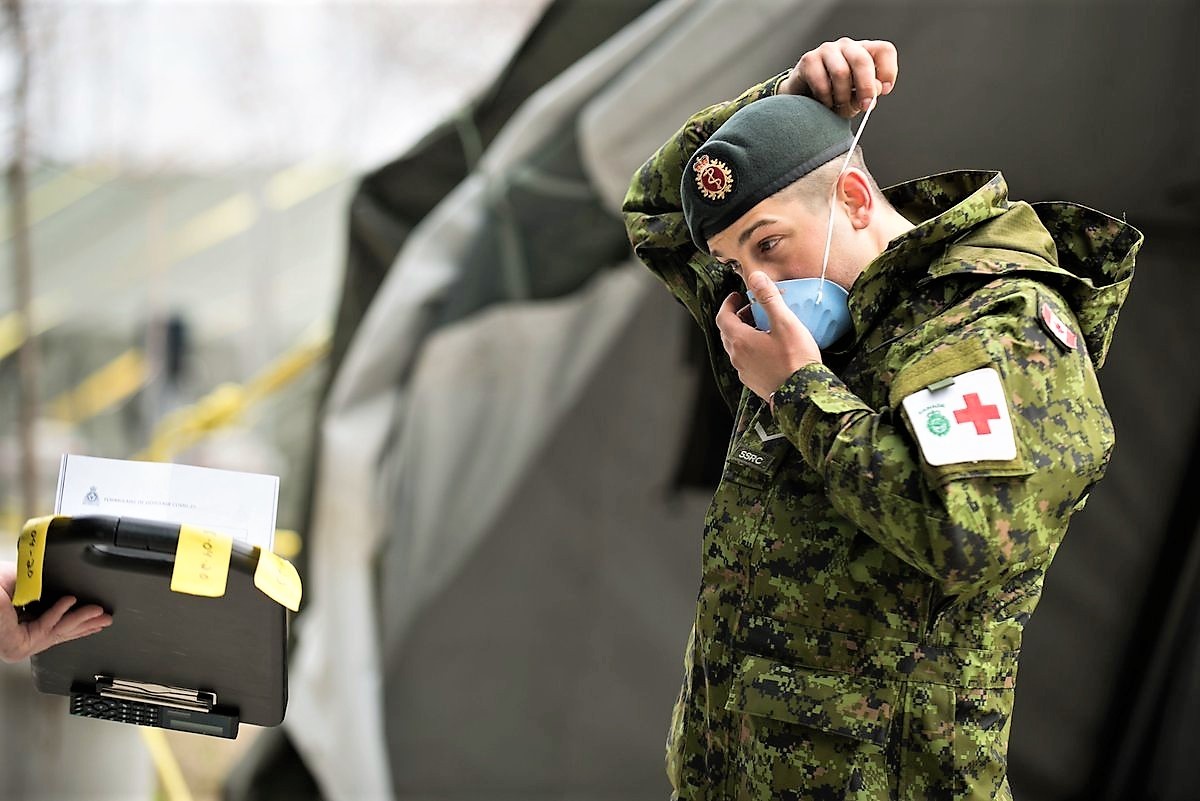 According to the company’s website, it runs two separate facilities in the city, Faith Manor and Grace Manor, but they are located in one campus area.

Problems in LTC homes existed before COVID began to impact some of the most vulnerable people in the community, the claim states. It outlines allegations of gross negligence, breach of contract, and wrongful death. The claim alleges the organization failed to make sure residents and staff were safe and “breached their duty” as caregivers.

“It failed to take all reasonable, necessary and protective measures to ensure that the residents and staff of Holland Christian were safe while on the premises,” the claim alleges. The lawsuit was filed by Will Davidson LLP on June 23 with the Ontario Superior Court in Milton.

While Ferreira is part of the suit, it involves everyone who contracted the virus from HCH, those who contracted the virus from a resident or other cross-infected people, their families, and all residents who paid for housing during the pandemic, even though a staff shortage allegedly prevented proper care from being delivered, despite the payments provided to the company for its expected services.

HCH’s two LTC facilities, Grace Manor and Faith Manor, which are next to each other, have five “apartment towers” that house people for independent living. All of these buildings are involved in the $20-million suit; $10 million is for “compensatory damages for negligence, breach of contract and wrongful death,” and the rest is for “punitive and exemplary or aggravated damages.”

According to the claim, HCH has the capacity to house 600 residents; 112 residents reside at Grace Manor and 117 at Faith Manor, according to an organizational update from the group.

The Pointer reached out to Ken Rawlins, the Chief Executive Officer of Holland Christian Homes, numerous times over phone and email for comment. No reply was received ahead of publication. 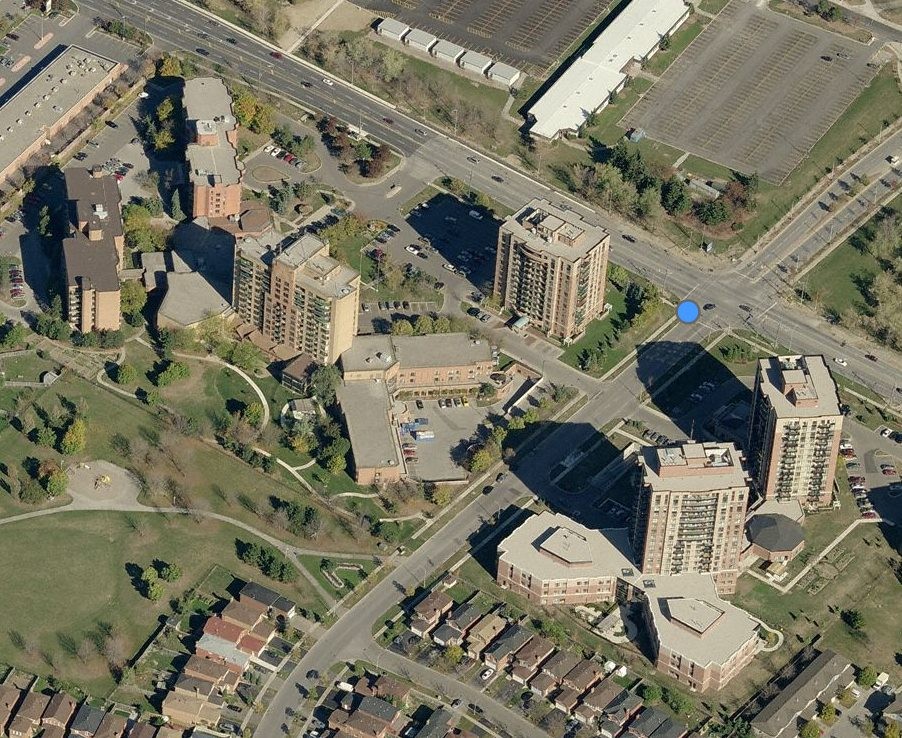 The suit alleges a number of complaints were made to the Ministry of Health and Long-Term Care (MHLTC) in the past decade, resulting in numerous citations for infractions.

An August 2010 complaint led to a determination the organization failed to comply with the Long-Term Homes Program Manual by not informing appropriate parties when a resident fell, and not completing an incident report, the claim alleges.

An inspection from March and April of 2011 found a resident was not protected from abuse from a staff member, who continued to work at the organization, according to allegations in the statement of claim. An outbreak of enteric, an intestinal infection that is easily transferable, which started March 22, 2011, was found not to be reported to the director until early May, the claim alleges.

An April 2013 inspection allegedly found HCH “failed to ensure that no drug was used or administered to a resident…unless the drug was prescribed for the resident,” the claim states. In October of the same year, another inspection allegedly found 50 infractions under the Long-Term Care Homes Act (LTCHA), including improper care for a skin wound, and not ensuring a resident or their decision maker were able to participate in the “development and implementation of the resident’s plan of care.” The LTCHA is a regulation designed to ensure residents receive safe and high-quality care.

An inspection from April and May 2015 led to a 97-page report, which allegedly noted shower rooms in three areas had communal items, such as unlabeled sticks of deodorant, open bottles of petroleum jelly and unlabeled nail clippers with nails in them, the claim states. Shower curtains that “were significantly stained and did not appear clean,” and electric razors confirmed to be used on multiple residents were also noted. “Not all items in shared resident rooms were labeled or stored in a manner that would prevent the spread of infection,” the report allegedly found.

Other inspections allegedly found soiled sheets, improperly cleaned toilets and a lack of bed safety, among many other alleged violations.

Inspections in 2016, 2017, 2018 and 2019 also took place. The latest inspections noted in the claim happened in January and February 2020, right before the World Health Organization declared COVID-19 a pandemic. Five non-compliance notices were issued, the statement of claim alleges, but no details are provided.

As the COVID situation developed, HCH allegedly began to refuse entry to all visitors on March 14. When the province banned social gathering of more than five people on March 28, the claim alleges residents were allowed to sit together for their meals and move freely throughout the building at that time.

On April 28, the Canadian Armed Forces deployed a medical unit to Grace Manor, with upward of 25 soldiers onsite filling two shifts. A May 14 report from the military observed numerous issues, including staff wearing the same pair of gloves between patients and cleaning them with sanitizer between use. Improper use of lifts and concerns with agency staff not caring for residents were also alleged in the claim.

It also alleges the organization “failed to provide adequate or proper personal protective equipment in a timely manner” to staff. When staff did have access, they were instructed to use the same PPE. Staff shortages led to residents not receiving basic care, such as bathing, leading to bladder infections, dehydration, and other pains resulting in hospitalization or death, according to the allegations.

“Throughout this period, Holland Christian continued to contact families of residents through the use of electronic newsletters/updates and uninformed telephone volunteers, re-assuring them that Holland Christian had the situation under control, providing either inaccurate or incomplete information and/or information that no longer reflected the current situation” the claim alleges.

At this time a statement of defence has not been filed, Gary Will, a managing partner at Will Davidson LLP and the lead counsel on the case, told The Pointer. Michael Reid, a senior law clerk at the firm, said statements of defence are filed only after the lawsuit is certified by the court, which has not been done at this time. It’s unclear when it will be certified.