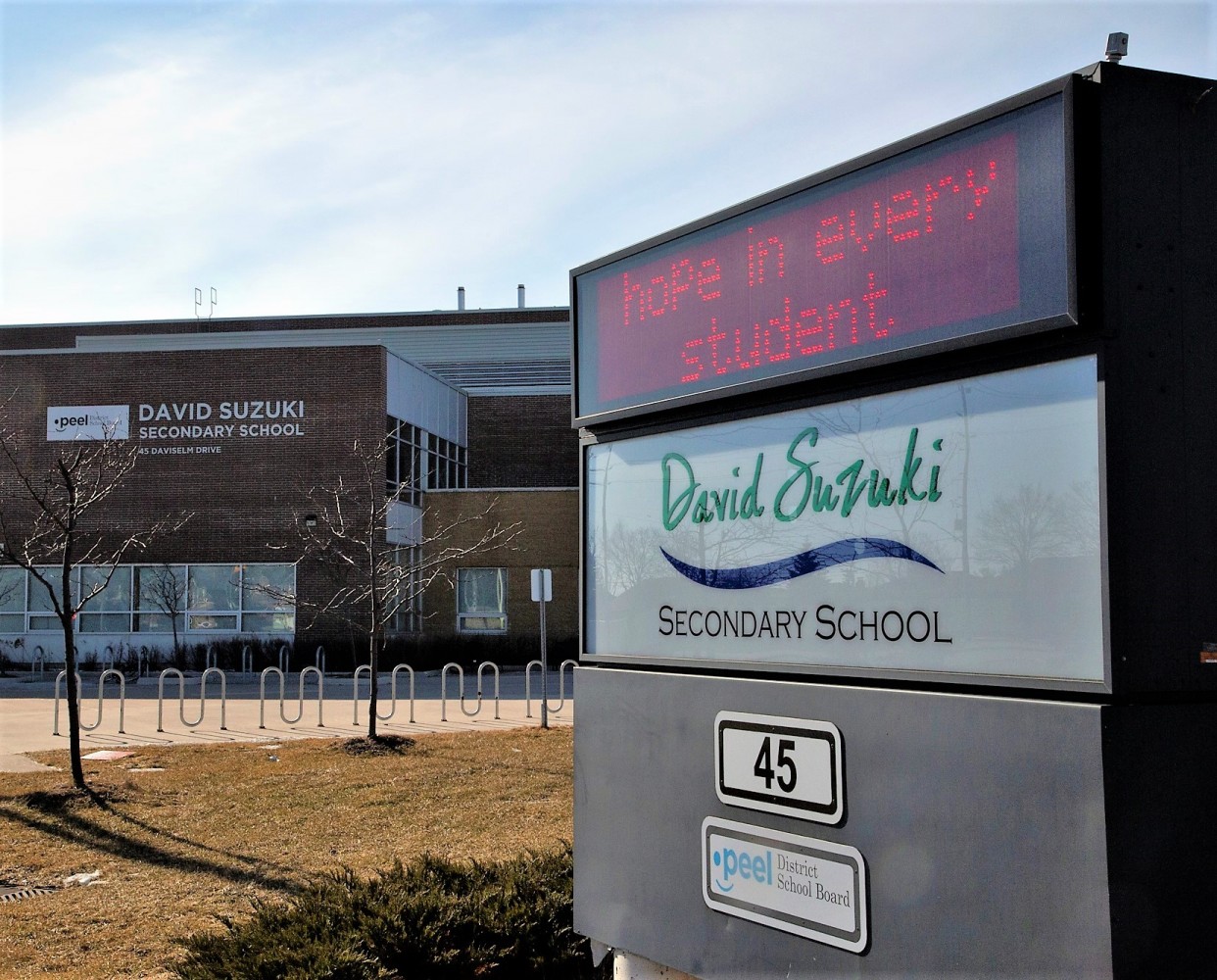 On Friday, Premier Doug Ford said Brampton’s response to COVID-19 is “broken”, but on Tuesday and Wednesday children across the city who attend publicly funded schools will be walking back into classrooms.

Unlike many other areas of the GTA with far lower case counts over the past three weeks, where students will not go back into classrooms until the following week, it remains unclear why both the Peel District School Board and the Dufferin-Peel Catholic District School Board are not delaying classes to better prepare for the possibility of viral spread, especially in areas of Brampton experiencing the worst rates of COVID-19 in Ontario.

Ford pointed out that last Wednesday the city accounted for 37 percent of all new cases in Ontario, even though Brampton only has 4.5 percent of the population.

On Friday, Peel recorded 72 of Ontario’s 148 new cases, and Brampton was called out by the Premier.

“Something is broken when you have [4.5] percent of the population with [almost] 40 percent of the cases. I need to sit down with the mayor,” he said, referring to the Wednesday case counts at his daily press conference before the start of the Labour Day long-weekend.

“I am really concerned about what is happening in Brampton,” he told reporters. Ford said he had called Mayor Patrick Brown three times prior to speaking to the province to “find out what’s happening,” but couldn’t get through. 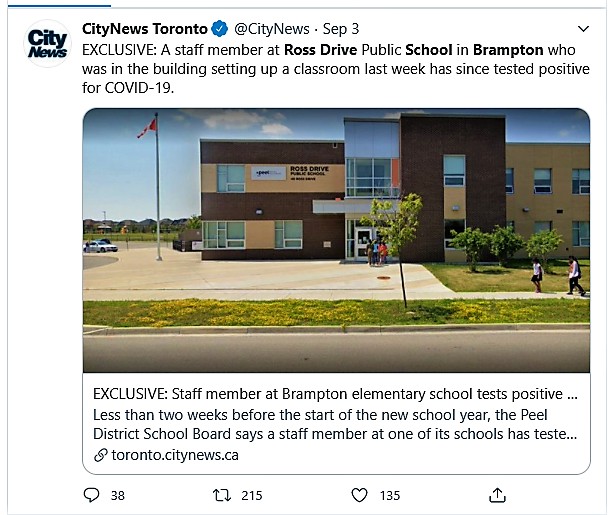 One Brampton school already had a staff member test positive, even before classes reopen

The Premier said he will get increased screening in the city, which has failed miserably to keep residents safe through adequate testing.

“We can send in mobile units,” he said. “I am really concerned when Brampton makes up [4.5] percent of the population and represents [almost] 40 percent of the cases (Wednesday). That’s concerning. I keep seeing it escalating.”

Later Friday Brown tweeted his appreciation for Ford’s commitment to help the city, which has failed to provide adequate testing since the start of the pandemic. William Osler Health System, which runs the screening process in Brampton, has only maintained one facility since the start of the pandemic, despite a population of about 650,000. It ran two testing sites in Etobicoke to the end of July, where there is little more than half Brampton’s population.

It does not appear that numbers released by the Region of Peel have been updated for days. The daily COVID count for Friday still has not been updated, as the province reported 72 new cases in Peel, but according to the Region’s website as of 9 a.m. Monday morning, only 41 cases on Friday have been recorded.

On Saturday, according to the Region of Peel website, another 46 cases were reported. The vast majority of cases in Peel since the beginning of August have been in Brampton, which has had four to five times the new daily COVID-19 case numbers compared to Mississauga.

PDSB and the DPCDSB have not made public any specific plans to keep children and families in Brampton’s hardest hit neighbourhoods safe.

Both will start sending children back into classrooms in a staggered approach with one third of elementary school students going in for one day on Wednesday, another third Thursday followed by the last group Friday.

The first cohort of high school students in both boards will begin one day earlier, as some students will be in class for orientation on Tuesday.

By next week, all students who have chosen in-class learning, will be back in school everyday.

It remains unclear why the Peel boards did not choose to delay the return, following the decision of both Toronto boards, which will not begin their gradual return until September 14.

The Toronto District School Board has capped class sizes in the hardest hit neighbourhoods, with only 15 kindergarten students allowed in these areas, and no more than 20 for the rest of elementary classes in the parts of the city where COVID-19 rates are the highest, and where chances of viral spread might be more likely.

Despite some of the highest rates in the province, neither Peel board has indicated a similar plan for Brampton.

Advocates such as Romana Siddiqui have been calling for the first day of classes in Peel to be delayed and are asking for increased measures to keep schools in specific neighbourhoods safe. 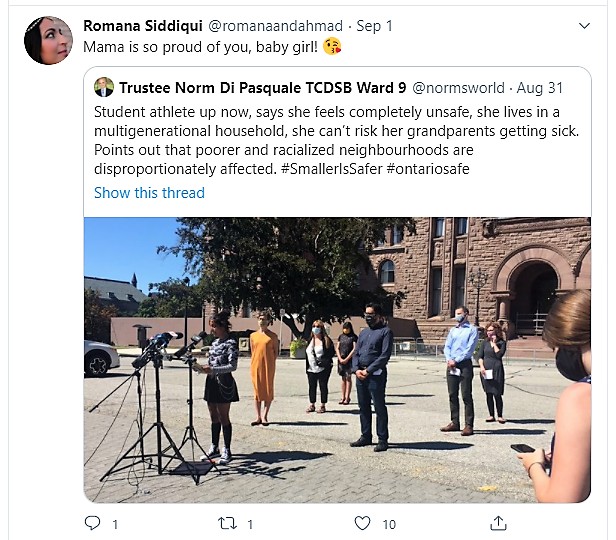 It remains unclear what either board has planned to ensure the safety of students in these hard hit areas.

Last week it was reported that two PDSB employees already tested positive for COVID-19, before classes have even opened.

PDSB told Global News the employee at the school was not there in a “period of communicability, therefore no risk was identified to the school.”

PDSB said that despite the case, the school will reopen as planned.