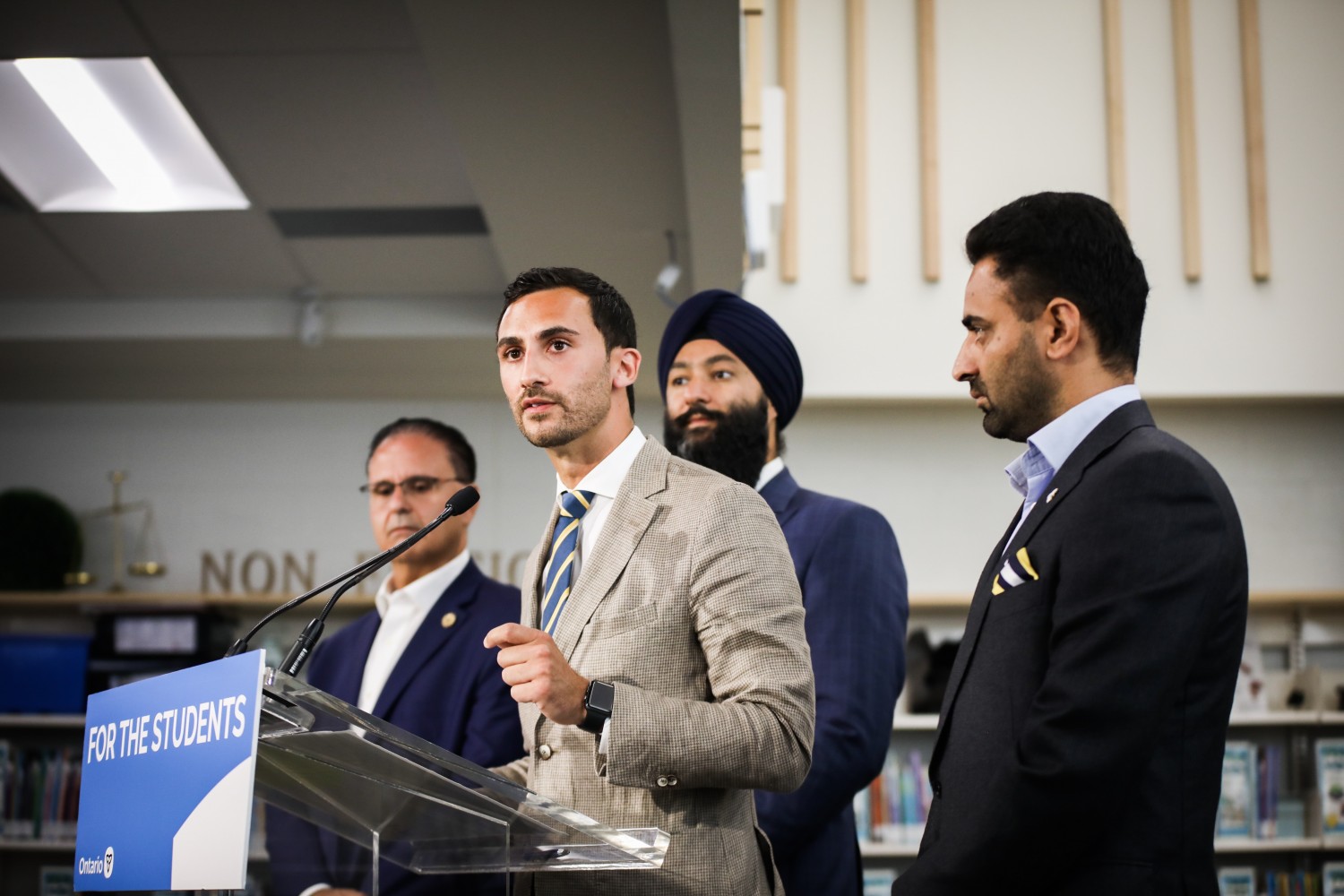 Photos from The Pointer file/Government of Ontario

Education Minister Stephen Lecce has revealed details of his plans to reform learning in Ontario with a goal of eliminating systemic discrimination that has infected the system for years. His plans include ending the controversial practice of streaming for Grade 9 students, and introducing tougher sanctions for teachers caught engaging in racist behaviour.

The province released the details last week, after Lecce made his intentions known in a media interview. The unofficial announcement created confusion on what destreaming could look like.

"To help our young people reach their full potential, we have to start earlier to create equal opportunity for them, whether that's reforming suspensions for primary grades or ending the practice of streaming for Grade 9 students," Premier Doug Ford said of the move. He reiterated the link between streaming and discrimination in schools, saying his government “would not tolerate racism”. 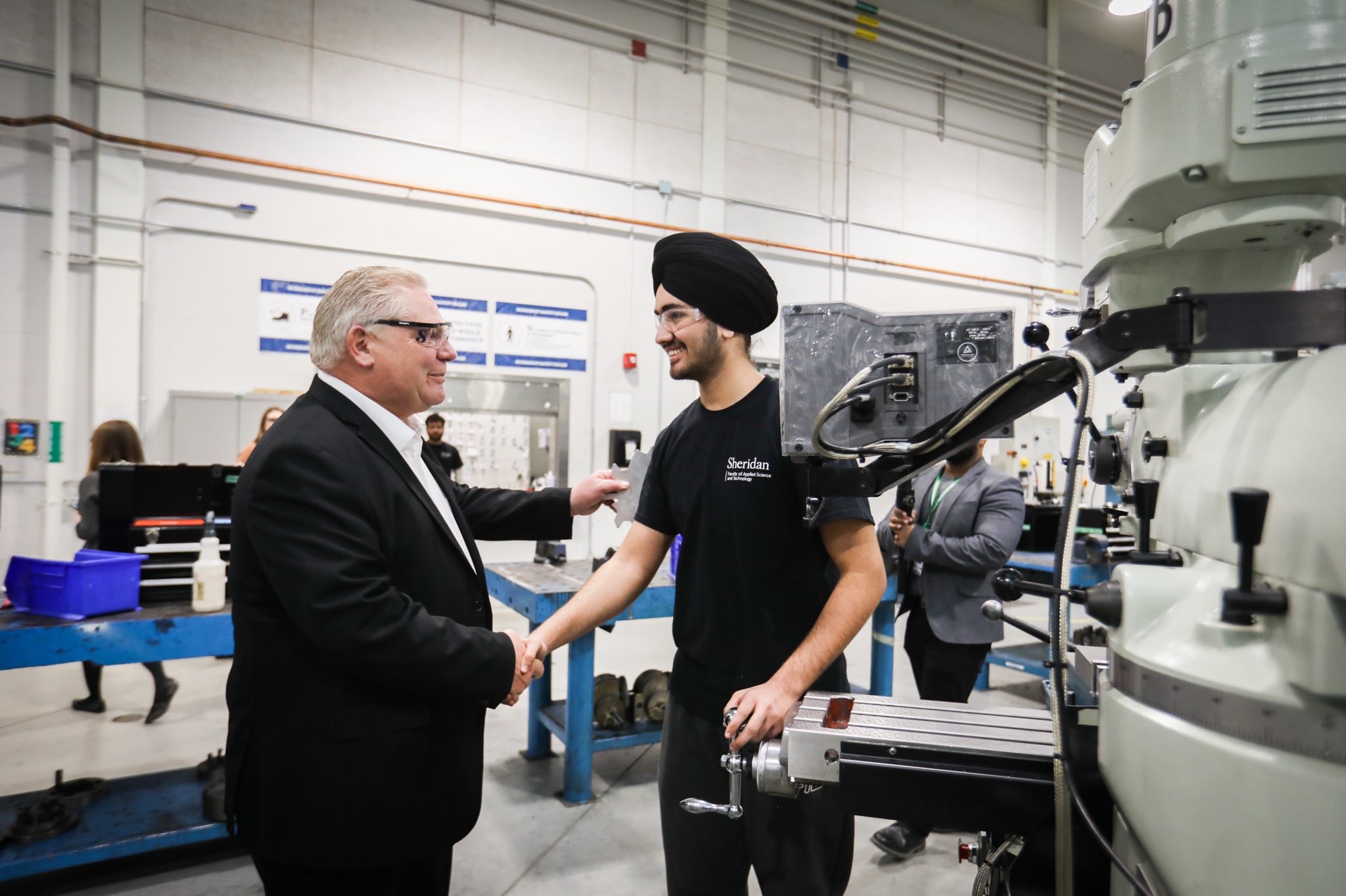 Premier Doug Ford during a visit to Sheridan College earlier this year.

Some of the educational changes will come as part of the government’s highly controversial omnibus bill, The COVID-19 Economic Recovery Act. The legislation is a wide-ranging package impacting everything from the environment and planning through to education. Included in the legislation is a move to eliminate discretionary suspensions for students in junior kindergarten, Grade 3 and the years between. It received its first reading at Queen’s Park on July 8.

In addition, starting in September 2021, the Ontario government plans to start phasing out the streaming process, starting with Grade 9. Streaming will end in the remaining grades at a later date, exactly when that could be remains unclear.

Lecce said the province is following a recommendation from the Organization for Economic Co-Operation and Development suggesting streaming should be pushed back to Grades 10 or 11.

The practice of streaming sorts students by their perceived academic ability at a young age. Children are placed into ‘gifted’ streams destined for university or ‘applied’ streams aimed at less academic futures. Those who remain in the regular curriculum can go either way. It has a significant impact on future prospects and is based on a number of factors. In a system rife with personal bias and subject to individual decisions, streaming has been shown to compound and ingrain marginalization for visible minorities, while often benefitting white students.

Following a damning review of Peel District School Board in March, Lecce ordered the board to initiate a pilot project aimed at ending streaming in Grades 9 and 10 as one of 27 binding directives. The review, which eventually led to former deputy education minister Bruce Rodrigues stepping in as PDSB’s supervisor, taking over governance, and the dismissal of former director of education Peter Joshua, put a microscope on Peel. It revealed rampant racism and discrimination in a ministry report packed with harrowing examples. 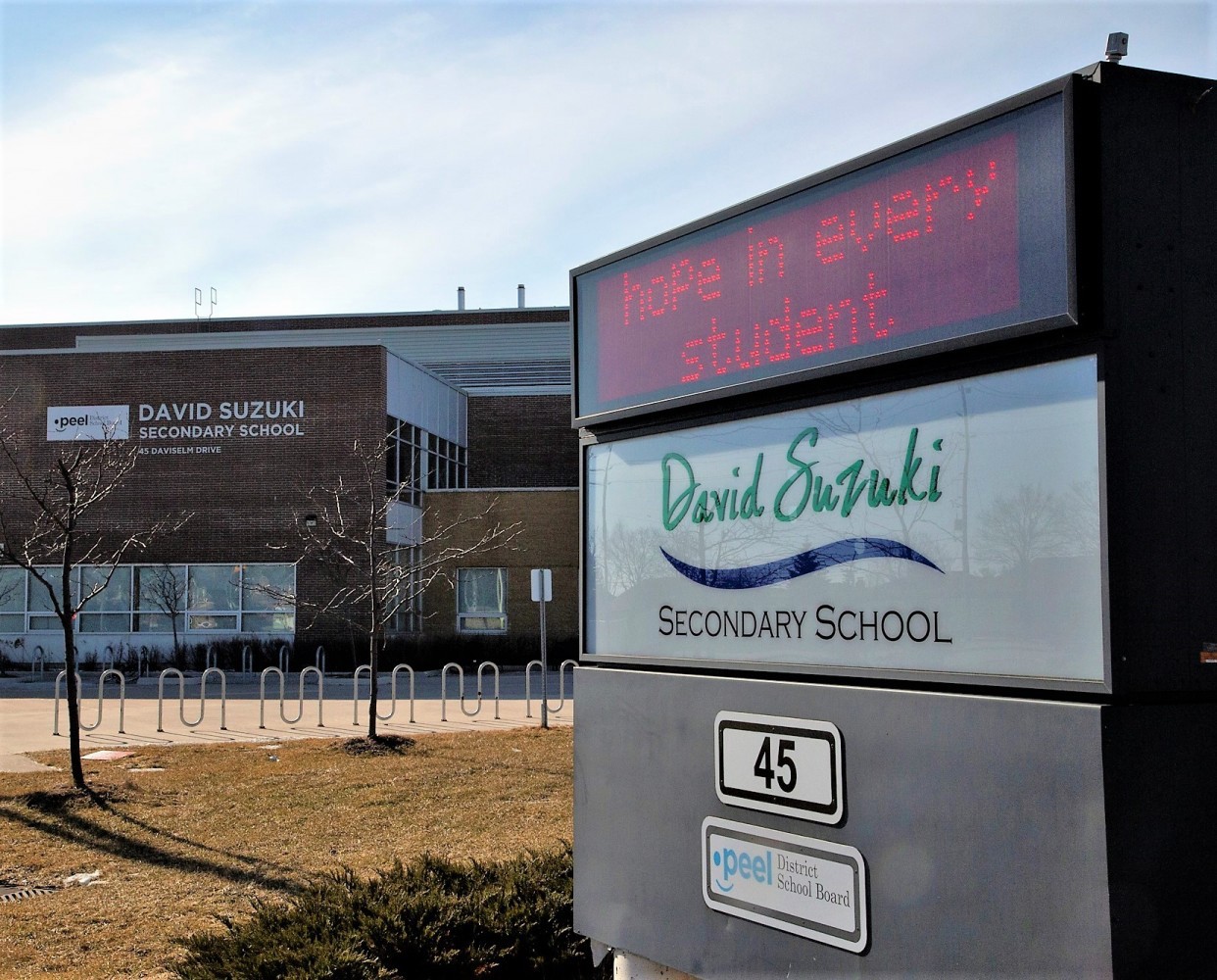 Before the province announced an end to streaming in Grade 9 across Ontario, it ordered the Peel District School Board to initiate a pilot project to end the practice after a review found it disproportionately impacted Black students.

Investigators drew a strong link between racial discrimination and streaming.

Close to 84 percent of PDSB’s students are not white, while approximately 70 percent of teachers and administrators are white.

At PDSB, Black students make up roughly 10 percent of the student population. For Grades 9 and 10 during the 2018-19 academic year, they made up just 7.7 percent of academic streams. Under representation in classes coached for university entrance is compounded by significant overrepresentation in streams that are not academically oriented.

The province-wide end to streaming will begin with Grade 9 math in 2021. It is unclear if other subjects will also be destreamed at the same time or if the move will be isolated to Grade 9 math initially. The plan involves the introduction of “a new foundational Grade 9 math course,” a media release explains.

The province is also planning to introduce stricter measures to confront discriminatory behaviour by educators. “To ensure students feel accepted in a discrimination-free classroom, the government will be strengthening sanctions for teachers who engage in behaviour of a racist nature,” the Ministry of Education stated.

According to the province, across the past 23 years, the Ontario College of Teachers reports there have been 32 instances of teacher discipline for racist or homophobic behaviour or remarks.

As the review of PDSB showed, this number represents a fraction of the incidents taking place. In June, The Pointer revealed a letter sent to staff regarding a Mississauga elementary school principal’s racist comment about a Black student.

“The student comes from a typical Jamaican family where the mother does nothing,” the principal said in 2019. Investigation of archived web pages and agendas at PDSB suggested the principal in question was allowed to retire a year after the comment was made, with no indication of blemish on their publicly available record.

Weeks before The Pointer obtained the letter, PDSB announced another principal was placed on leave after she made a racist/discriminatory remark during a staff meeting in the spring, suggesting that if students are destreamed some will get to take science classes and learn to make bombs.

Shortly before that, a former PDSB school council chair in Caledon posted a racist/discriminatory social media rant against Muslims, after Mosques were allowed to broadcast the call to prayers during Ramadan. He was removed from his role by the board.

Last year, The Pointer reported testimonials about a PDSB teacher in Mississauga who allegedly told a student not to participate in a show of solidarity with Black students, because they are not committed to education.

Another parent, Kola Iluyomade, recently told The Pointer of the constant racist remarks his son endured and the lack of action by the PDSB, which led to the boy’s father removing him from the board.

The Pointer has received about two-dozen correspondences from readers who have detailed their individual stories of enduring racism at the hands of PDSB over the past couple decades.

It’s clear the 32 instances of official teacher discipline across the province over 23 years only represents a tiny fraction of the racist acts and the lack of action that create a culture of systemic discrimination.

Exactly how the province will improve reporting of racism within schools and school boards to ensure harsher sanctions are issued remains unclear.

“The Ministry of Education has also proposed additional anti-racism and anti-discrimination training before the end of the calendar year. The government is currently consulting with teachers' federations, education workers' unions, and trustees' associations on the implementation of this critical initiative,” the province added.

The announcement answers some of the questions raised by former deputy minister of education Charles Pascal in an interview with The Pointer. Last week, Pascal criticized Lecce’s “superficial” decision to announce the destreaming move via the media without details. He said it showed he and the ministry were not engaging with the process seriously.

“Unless there is a change to how teachers teach, to the recruitment of teachers, unless there’s a change to the curriculum, announcing destreaming is simply superficial at best and cynical virtue signalling at worst,” he said.

The provincial introduction of anti-racism training for teachers was a cause championed by Pascal in the ‘90s and one he says is critical to ensuring destreaming is effective.

“If you want to destream, you have to eradicate systemic barriers that deal with issues of income, the digital divide and all sorts of issues regarding what’s expected of people of different cultures, races and issues of personal identity,” he added.