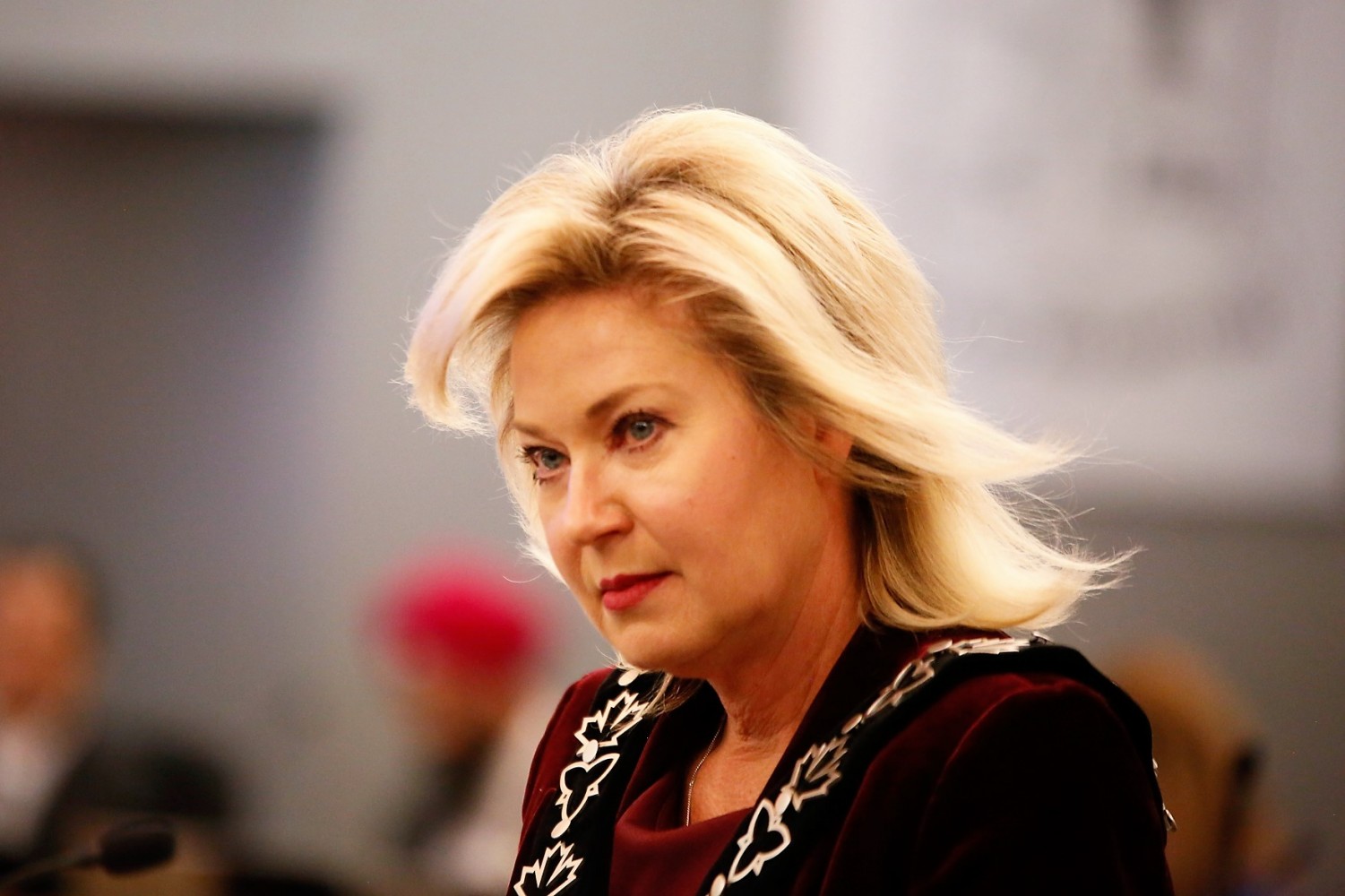 As systemic racism continues to come under scrutiny in Canada, the City of Mississauga has offered little more than vague bromides for one of the most cosmopolitan municipalities in the world, which does not see itself reflected in local government.

A motion, adopted unanimously by councillors on June 24, accepts racism and anti-Black racism are “a crisis” that “requires immediate and sustained attention” in Mississauga. 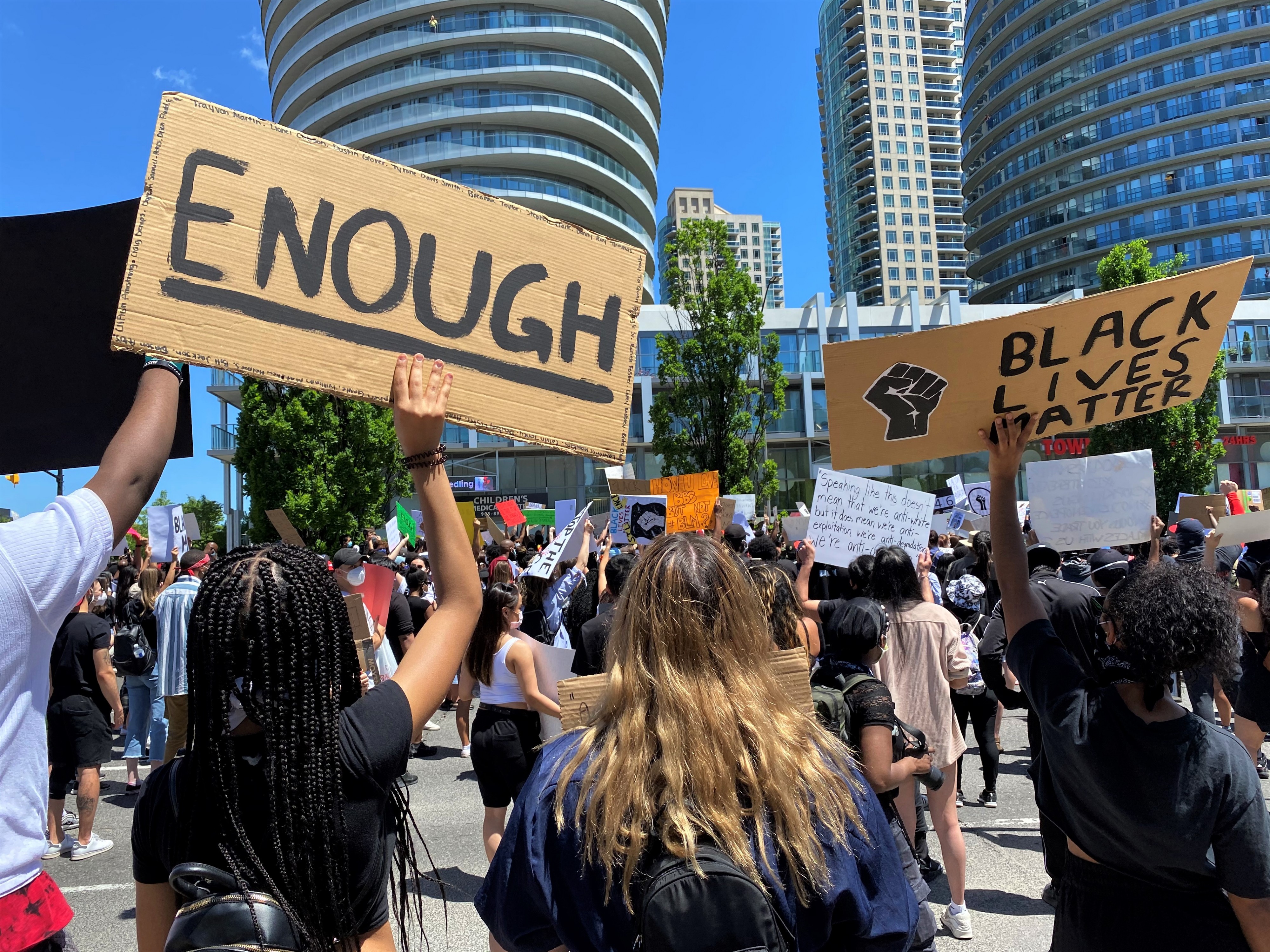 Despite the City having a committee setup specifically to deal with issues of diversity and discrimination, the motion adopted by Council came directly from Mayor Bonnie Crombie. A series of recommendations, including a diversity survey of staff, were tabled by the mayor and seconded by Ward 9 Councillor Pat Saito. The two councillors who co-chair the Diversity and Inclusion Advisory Committee (DIAC), Ron Starr and Sue McFadden, did not offer any comment on the issue.

Other municipalities and public institutions have allowed sweeping external equity and diversity audits, such as the one Brampton commissioned under former mayor Linda Jeffrey, which was released last year and revealed a disturbing picture of City Hall’s lack of diversity in a municipality where more than two thirds of the residents are not white.

The independent external audit offers the public a clear picture of the reality inside Brampton’s local government and voters can now hold elected officials accountable if they fail to create a more equitable hiring environment that offers fair opportunities to all residents.

In Mississauga, no such oversight or accountability has been endorsed by council. Instead, an internal staff survey, with little guarantee of full participation will be done, likely by employees who do not work in the rapidly growing area of workplace human rights, equity, diversity and inclusion.

The decision to sidestep DIAC and the committee’s failure to address the very issues it was created to tackle, raise questions about its usefulness.

Since its creation at the start of the 2014 council term, DIAC has met just 10 times, with two of its meetings cancelled due to a lack of quorum. Almost 17 percent of its scheduled sessions could not take place because there were not enough members to allow them to proceed.

In Mississauga, where almost all council members (11 out of 12) and the vast majority of senior staff are white, DIAC should offer a different perspective on policy and decision making in a city where about 60 percent of residents are not white. 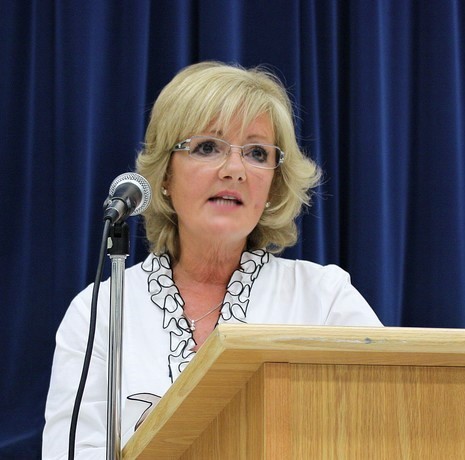 From cultural planning, growth issues, understanding dynamics in the housing and real estate markets, to the needs of recreational planning, library services and almost everything in between, the City of Mississauga is ill-equipped to run one of the world’s most diverse cities. Its elected officials and senior leaders simply do not reflect the cosmopolitan municipality.

The recent issue of the playing of the Azan, the Muslim call to prayer, during Ramadan, was just the latest faith-based issue handled by councillors who didn’t even understand basic elements of one of the city’s most common religions.

After an original decision to allow the Azan, Councillor John Kovac publicly stated his concern that non-Judeo-Christian traditions were not represented by the Interfaith Council of Peel, which took a lead in advocating for the public broadcasting of the Azan immediately outside Mosques during Ramadan as the pandemic prevented observant Muslims from attending inside.

Not only was he wrong, not realizing the Council does include many Jewish and Christian voices, he wasn’t even familiar with the interfaith group, one of the most influential organizations in the incredibly diverse city.

It was just one of many examples of issues that are routinely dealt with in a city where diversity is wired into the DNA. Despite this reality, decision making on a wide range of matters is done with a glaring absence of proper representation.

An obvious illustration was when McFadden, the chair of council’s diversity committee, came prepared with a motion for full council to challenge the playing of the Azan, despite thousands of residents in her own Ward who identify as Muslims. She and Starr, the co-chair of the diversity committee, have been largely silent as issues of equity and inclusion have for years bubbled to the surface, before boiling over in recent weeks.

“With the Black motion that went forward, I would have thought that the Mayor would have discussed it with me, being the chair of the committee, or Ron Starr,” McFadden told The Pointer, referring to Crombie’s recent move in full council to pass a largely ceremonial motion, while attention to the Black Lives Matter movement received widespread global notice. “Is there a disconnect? Yes, there’s a disconnect and I’m hoping … we get to meet more regularly [in the future] so things like this don’t fall through the cracks.”

Starr did not respond to a request for comment.

Some might argue the committee is failing in its mandate to represent the diverse voices of Mississauga.

“We just got everybody on the committee, we met twice [since the last election] and then, boom, COVID,” McFadden said. But that doesn’t explain the lack of activity between 2014 and 2018.

Asked if the committee was fulfilling its mandate to reflect Canada’s sixth largest city, McFadden said, six years in, it was just getting started. Its first four years, she said, were about establishing the parameters of the committee, with the COVID-19 pandemic arriving just as it was hoping to hit its stride.

“Our first term was [focused on] finding ourselves, getting a vision and getting a mission. Getting what we stood for, that was our whole term,” she said. “We had a lot of conflicts on the committees with personalities being on there for specific reasons which didn’t work, which is always a learning thing.”

Her willingness to speak about the disconnect and the problems, bodes well, and the veteran councillor has shown boldness in the past, particularly when she was part of a group that forced the judicial inquiry into former mayor Hazel McCallion’s disturbing back-room negotiations for a failed $1.6 billion downtown development deal with her son, Peter.

The decision by Council in May to allow the Azan came without any involvement by DIAC (read the full story here). Again, it was Mayor Crombie who tabled the motion to amend the City’s noise bylaw to allow the call to prayer, a move she promoted on social media.

It frustrated McFadden, who said the decision should have come from DIAC, and Starr, who noted the number of residents that contacted him to oppose the move. 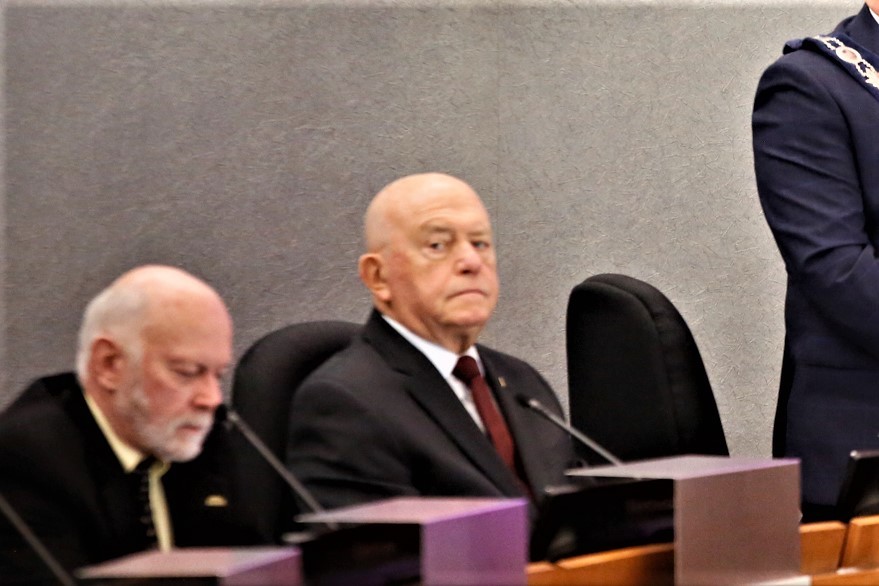 Councillor Ron Starr, right, is the other co-chair of the diversity committee

A spokesperson for the City said, since its inception, DIAC has made 48 recommendations. Review of its minutes suggest few are significant; the majority of discussion has been around applying a culturally diverse lens to city master plans or administrative debates, including the religious and cultural holidays that should be displayed on MiWay buses.

Other more concrete moves Mississauga has made have not come from DIAC. The significant issues of anti-Black racism, a complete overhaul of hiring at City Hall or taking down systemic barriers for racialized people in Mississauga have not been the focus of the committee.

“Do I think DIAC is meeting regularly enough? No,” McFadden said. “There’s a lot of questions that I have about DIAC that I will be bringing forward when we do start to meet again… we haven’t even met this term.”

In Mississauga, it is hard to exaggerate the importance of a diversity committee and the role it should play. According to the 2016 census (whose survey was conducted the previous year) 57 percent of residents identified as a visible minority. By contrast, 92 percent of council members (including the mayor) are white, while the City’s entire senior leadership team is also white.

Currently, the diversity committee meets four times per year. According to McFadden, no substantive meetings have taken place since 2018. McFadden and Starr were only named co-chairs for the current term in December 2019.

The committee met once in February, but minutes will not be released until they are confirmed at the next (unscheduled) meeting. The committee’s mandate over policy and decision making has been absent for close to two years.

McFadden said she hopes the committee meets every six weeks when a sense of normal returns, instead of its current quarterly schedule.

Crombie’s June 24 motion shifted responsibilities away from DIAC. It committed to “review the terms of reference” for the Diversity and Inclusion Advisory Committee to ensure it is “fulfilling its mandate and that it focuses in part on anti-Black and anti-Indigenous racism.”

Going one step further, it also plans to create an advisory group specifically for Black communities to have a voice in municipal decision making.

Specifically, the motion resolves to “convene a Black Caucus to advise… on equity issues and priorities identified by Black communities in Mississauga, and report back to Council publically (sic) in 6 months." 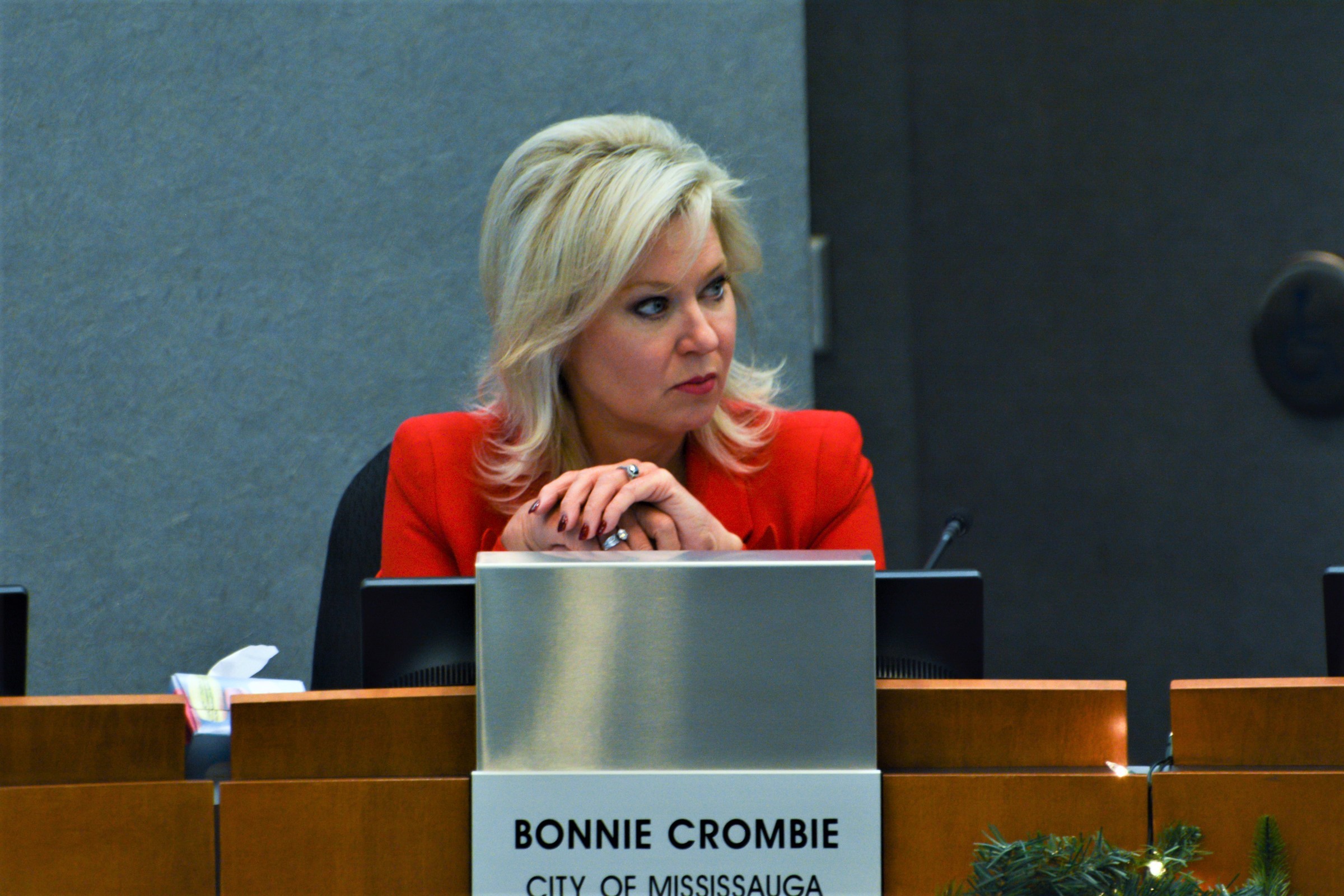 Asked if the Diversity and Inclusion Advisory Committee is serving the needs of Mississauga’s citizens, Crombie did not comment directly.

“The Mayor takes the work of DIAC seriously and has consistently listened to their recommendations,” a spokesperson responded by email. “They are an advisory committee to Council and provide their feedback to Council in the same way other committees do… The Mayor created DIAC in 2014 because she believed it was an important first step to changing the way we do business in this City. In the coming weeks and months, she will be engaging with the committee on how to structure meaningful consultations stemming from the motion.”

Crombie herself has not attended the committee since 2017. The mayor’s office said this was due to “scheduling” and added she regularly convenes with Starr and McFadden to talk about their work.

Aside from symbolic gestures such declaring a “crisis” Crombie, as the head of council, and the leader of one of the world’s most diverse cities, has not demanded any external accountability, such as a full scale equity and inclusion audit, to get a proper picture of City Hall’s internal failure to reflect the community, so it can take steps to turn things around.

The police force that patrols the city and its largest school board came under ferocious criticism recently for their failure to reflect the community. Sweeping moves to change leadership in both organizations were made to fix systemic problems.

Crombie, as a police board member, has been instrumental in the moves made by the force and has said that racism infects all corners of society.

If she doesn’t do the same inside Mississauga City Hall, it could be the next institution in Peel to go under the microscope, as citizens refuse to tolerate discrimination and a lack of opportunity any longer.