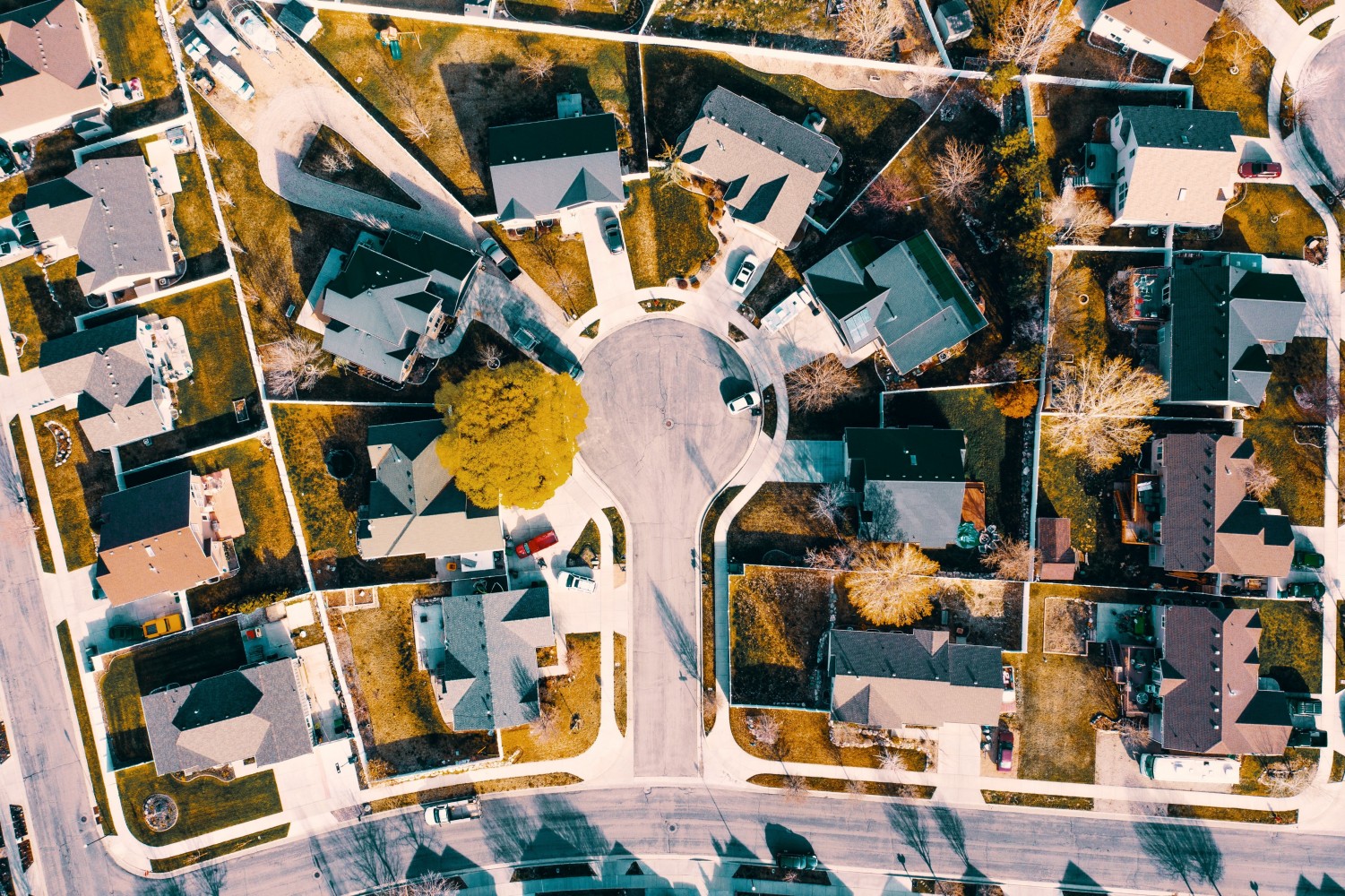 Picture this: a family with a limited income wants to rent a space to live. In its search for housing in Brampton and Mississauga, numerous options are available but all outside the price point they can afford, and like many others across the region, the family is forced into the illegal rental market.

According to a recent report by Region of Peel staff in its human services department, the average cost to own or rent accommodation is out of reach for 80 percent of Peel households. 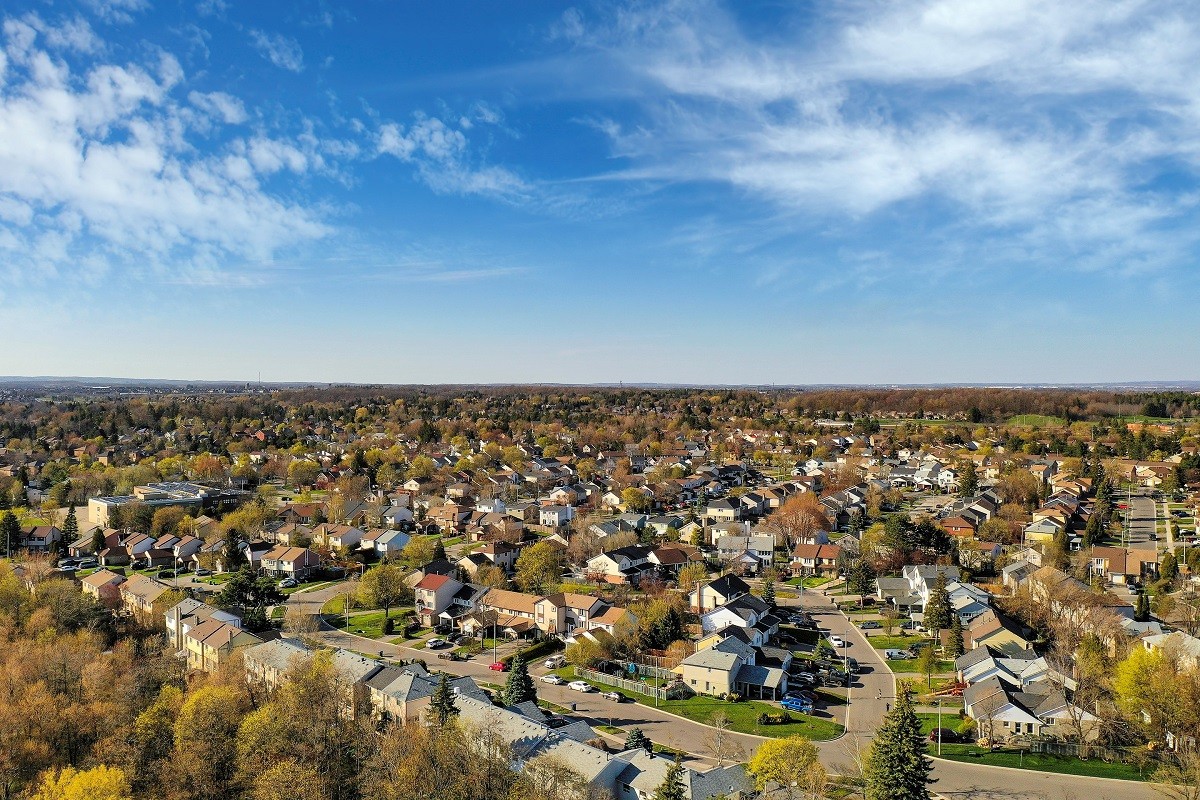 Homes across Peel have illegal rental units that have become the only option for many, as 80 percent of households cannot afford to own or pay market-rate rent.

Hardly any new houses being built are affordable for lower income families. Local elected officials, who themselves are at the top of the list for municipal incomes in Canada, have utterly failed to meet their own approved policies.

Despite the Region’s own council-endorsed strategy, the 10-year Peel Housing and Homelessness Plan (2018-2028), which states that ten percent of newly built homes must be affordable to low-income families, in line with projected demographics as growth pressures continue – since 2018, less than one in 2,600 new homes constructed in Peel have met the criteria that was agreed on by elected officials.

While council members continue to ignore the problem the crisis gets worse everyday with more and more newcomers arriving in the region.

“…The role of the Region as the legislated Service Manager for community housing is critical in improving affordable housing outcomes for Peel residents,” the report states.

In the face of its own failure, the Region is calling on the provincial and federal government for financial assistance to slow the crisis, which has been made worse by the spread of the novel coronavirus. With many people losing their jobs and facing financial uncertainty, staff say mounting financial pressure only puts adequate affordable housing supply further out of reach. 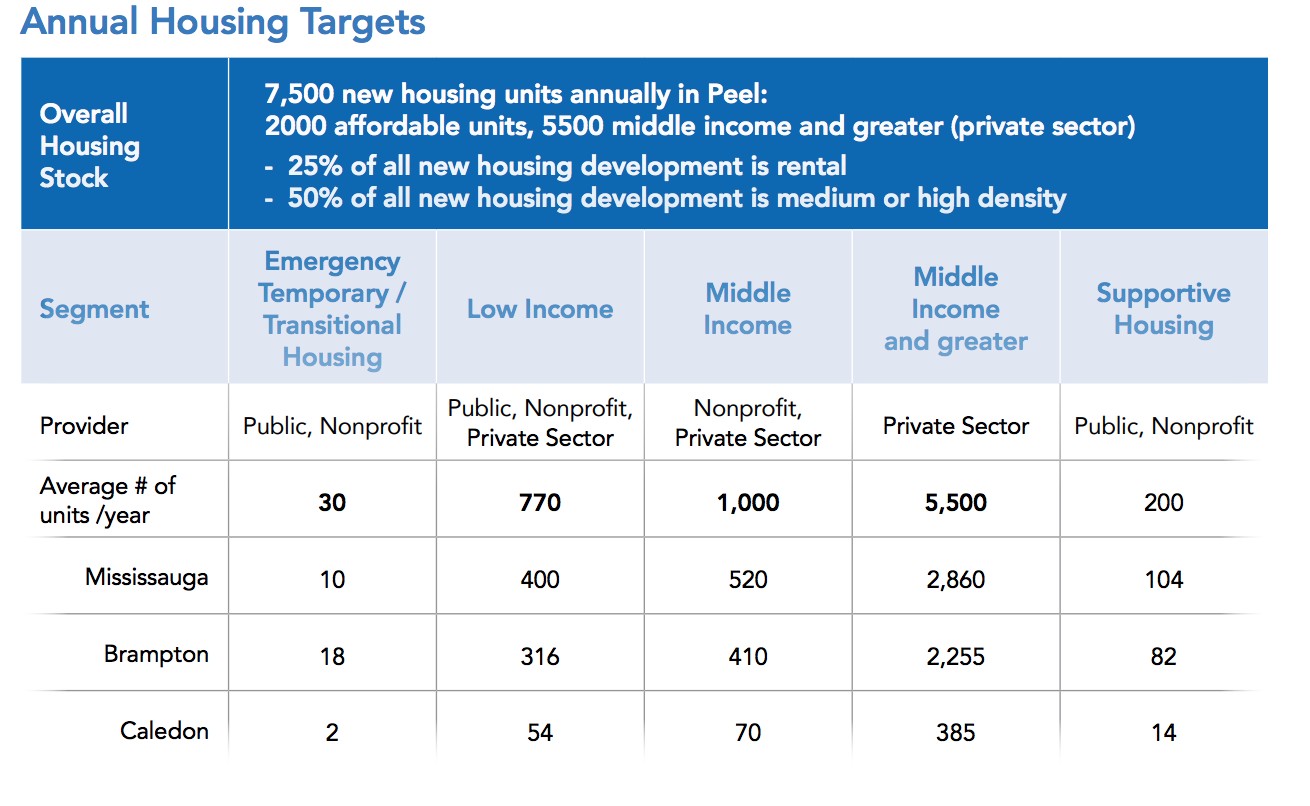 The Region of Peel's 10-year, Home for All plan set annual targets for new affordable housing units in Peel. The council-endorsed plan has been effectively abandoned.

The lack of action by Peel’s 24 elected council members sees a disconnect between them and many of their struggling constituents. Brampton council members, for example, earned about $199,000 in salary and benefits (including car allowances) in 2019 when combining their total remuneration from the City and the Region. Compare this with Toronto City Councillors, who have the same responsibilities as Peel’s regional councillors, but on average made about $143,000 in total remuneration including benefits in 2019. Even though Toronto councillors, on average, are responsible for almost twice as many constituents each, they made almost 40 percent less than their Peel counterparts in 2019.

In Brampton, the almost $200,000 in remuneration for its regional councillors last year is a glaring contrast with the median individual income in the city which sat at $29,092 in 2016, according to the Census.

Is it a case of the rich getting richer while the poor get poorer? Only in this case, elected officials in Peel are paid by those very same people who can’t even afford housing here.

While the median individual income in Brampton sat at just under $30,000 a few years ago, the current rent for a one-bedroom apartment in the city is about $1,900, according to the 2020 first quarter rental report by the Toronto Regional Real Estate Board.

So an average one-bedroom unit in the city would cost $22,800 a year, of after-tax income, while according to the 2016 Census the median before-tax individual income was about $29,000.

This complete mismatch between incomes and housing costs has pushed tens of thousands into Brampton’s illegal housing market, with at least 50,000 unregistered secondary or basement suites estimated to be in use across the city.

These illegal units are considered highly dangerous, often described as fire traps and commonly house more than four people in one room. 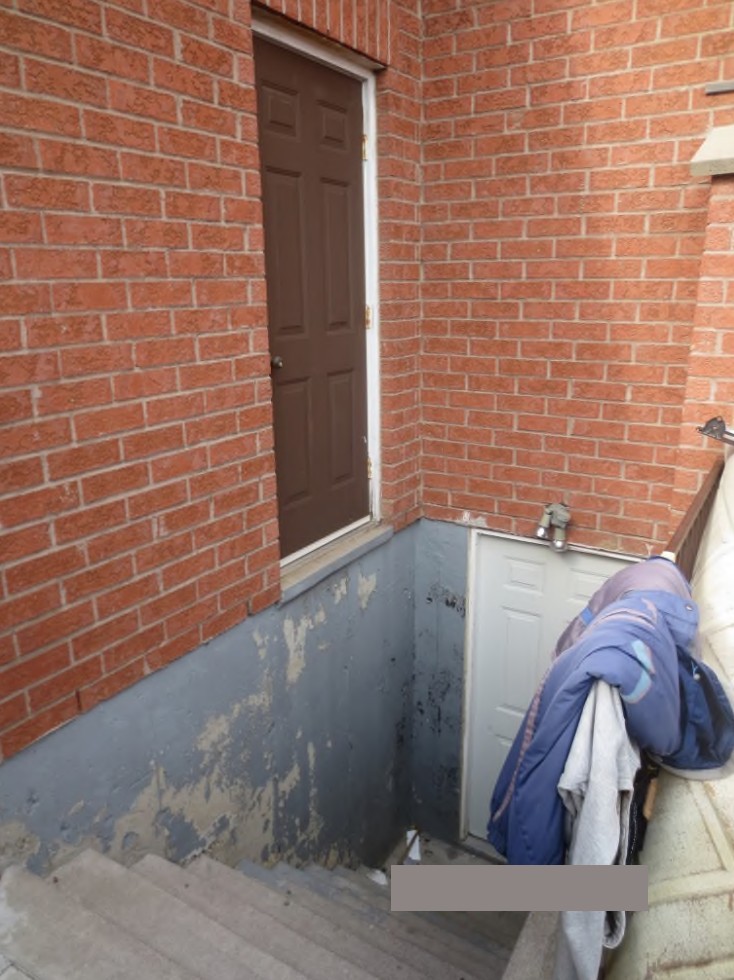 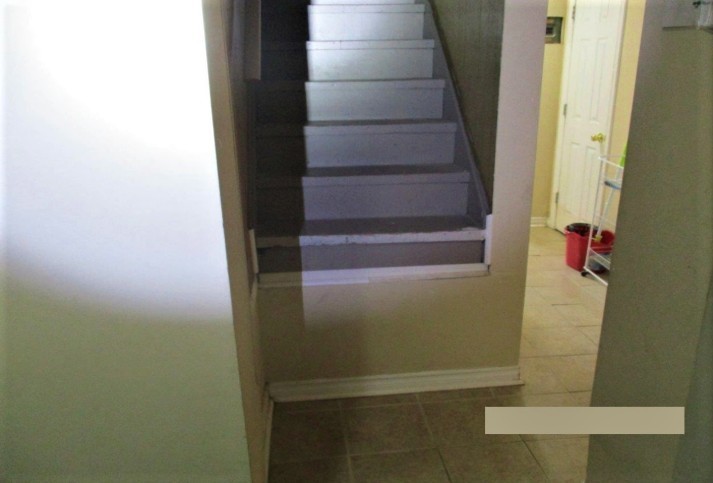 The lack of affordable housing in Peel forces many residents into the illegal housing market. Unregistered secondary suites are common in the City of Brampton and often create dangerous living conditions.

Now, the calls from the region for help from Ottawa and Queen’s Park can be coupled with questions about why Peel’s leaders didn’t pay attention to the issue sooner, especially since they committed to addressing the affordable housing crisis.

The report states that the region is shooting itself in the foot by not investing in long-term affordable housing stock, which would significantly improve the financial bottom line. “Modelling by the Canadian Centre for Economic Analysis (CCEA) has indicated that in the Toronto area, every $1 spent on affordable housing could result in reducing social assistance costs by $0.95, reducing healthcare costs by $0.50, increasing Gross Domestic Product by $2.40, and increasing federal and provincial tax revenues by $0.60,” the report states.

It also addresses a topic that is top of mind across North America right now, the need for far greater investment in “upstream” measures that greatly decrease the need to fund policing, by preventing crime and other crises before they ever arise.

It says that investments in affordable housing, according to the CCEA, would reduce neighbourhood crime.

But while Regional Council hiked up the Peel police budget by almost 70 percent between 2010 and 2020, from $290 million to $490 million, an average of an extra $20 million each year for a decade, last week’s staff report stated that in 2020 no new money was approved by council for new affordable housing projects. Increases in the budget for housing over the last few years have been for repairs and maintenance of the existing housing stock.

At this time last year, there were 15,000 residents on the list waiting for affordable housing and the COVID-19 pandemic has almost certainly caused the numbers to swell.

With such large numbers of residents arriving every week in the hyper-growth area, it begs the question: how will they be properly accommodated?

The Region’s answer, despite its own unwillingness to allocate money for its housing responsibilities, is to seek help from the federal and provincial governments, both of which downloaded affordable housing onto municipalities in the late ‘90s. Grants for housing from both levels have been common, but they have not been nearly enough to meet the demand in Peel.

When The Pointer asked councillors why funding for affordable housing has been ignored, those who responded did not address the answer directly.

“If we were to spend every single operating and capital dollar in the regional budget on housing, it still wouldn’t be enough,” Mississauga Regional Councillor Karen Ras (Ward 2) told The Pointer via email.

“We’ve put skin in the game, we’ve actually increased our envelope this year at the region and we’ve gone beyond, but it’s not something you keep throwing money at,” he told The Pointer. Medeiros said that because so many factors, such as mental health issues, precarious employment, settlement status and other pressures that impact housing, are all intertwined, managing affordable housing needs a broader strategy.

The staff made it clear, less than one in 2,600 new homes built since 2018 met the Region’s own commitment to help fund new affordable housing units. Under that council-approved pledge, 260 of those homes should have been affordable.

But even that number is way below the targets set out in council’s own affordable housing plan between 2018 and 2028, when 7,500 units were to be brought online each year for low-income, middle-income and market-geared housing. In two years, since the start of the commitment, that should have been 15,000 units, instead not even one out of 2,600 new units met the threshold for low-income affordability.

“The region is limited to respond,” the report states. “Property taxes, user fees and municipal debt are insufficient to address the housing affordability crisis.” It adds that the far-reaching economic impact of the novel coronavirus has only made the crisis worse. But the lack of leadership was evident long before the pandemic.

Affordable housing is a dire problem that has existed for years. Some families looking for housing assistance in Brampton will have to wait between 10 to 12 years for accommodation under Peel’s Housing Service. In Mississauga, this number is between six to seven years.

Despite its own report, staff claim the region is not underfunding housing. “The Region does spend approximately $0.10 of every operating dollar on housing and homelessness supports. The Region of Peel is by no means underfunding housing as compared to its peers in the GTHA,” staff told The Pointer. The response also indicated 73 percent of the operating budget and 71 percent of the capital budget for housing services was provided by the region.

The response is problematic in two ways: comparing Peel to other parts of the GTHA that are also neglecting affordable housing is hardly responsible; and though the region did provide most of the operating and capital budgets that were allocated, suggesting it is someone else’s responsibility is simply inaccurate. Another fact is that almost all of this money went to maintaining existing stock, not to create new affordable housing units.

The report included a call for council to endorse a strategy aimed at higher levels of government, stating affordable housing is something the region can’t handle on its own. The advocacy campaign will highlight the return on investment that comes from funding affordable housing as well as other ways that it improves the lives of residents.

Similar requests have been made over the past decade, and have yielded few results.

Funding is the big problem for the regions’ largest landlord, Peel Living, as its 10-year capital budget remains unaccounted for, with $293 million of its $443 million requirement currently sitting unfunded, according to the agency’s 2019 annual report. 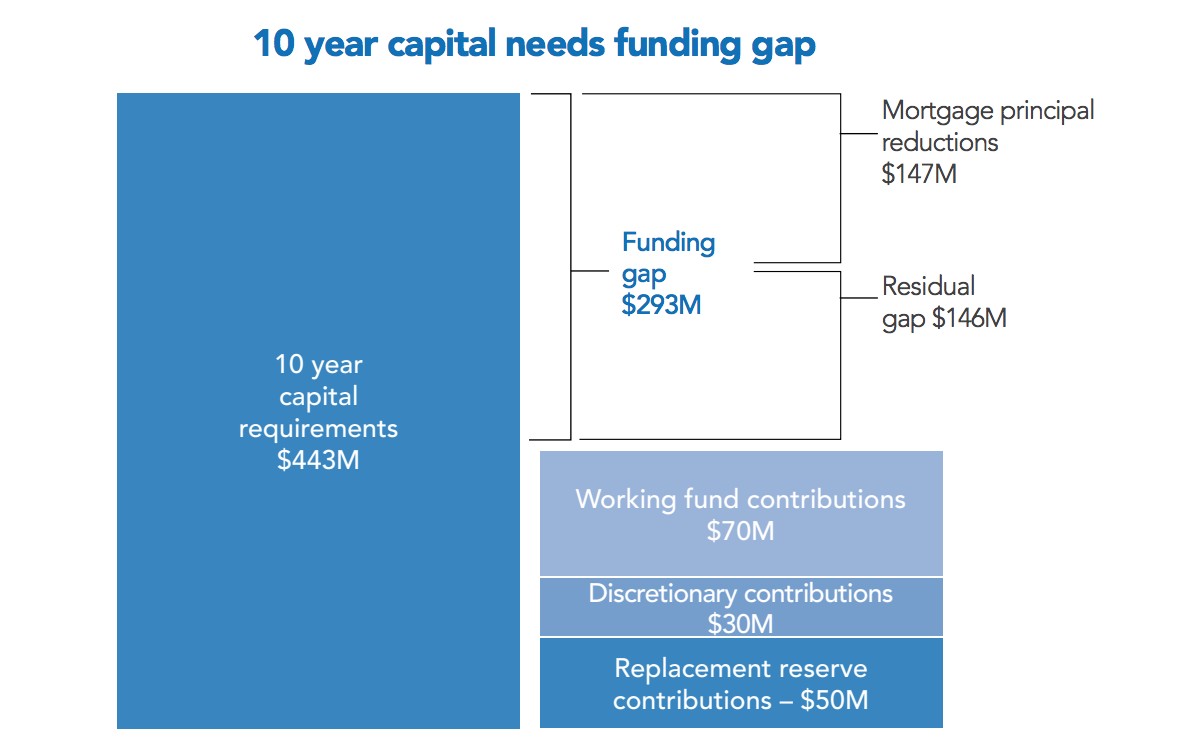 While this reality was presented at the organization’s Annual General Meeting last week, there were no specific questions or statements from councillors who once again ignored the dire situation that is only getting worse.

As the organization’s only stakeholder, Regional Council is working with it to close the funding gap, Regional staff told The Pointer. “We continue to work with our Regional partners and Provincial government to advocate for the need for sustainable housing funding solutions for the community housing sector.”

No concrete examples or proposals for the 2021 Peel Region budget were provided, and it’s unclear what staff were referring to when stating “we continue to work with our regional partners and Provincial government”.

The Association of Municipalities of Ontario recently noted that all three levels of government need a coordinated affordable housing strategy, as “income redistribution” is essentially what’s needed and can’t be supported by municipalities alone. “Housing affordability outcomes are essentially a means of income redistribution and should not be funded primarily through property tax revenue,” AMO’s report stated.

Funding for housing was the responsibility of Queen’s Park in the late ‘90s, when the federal government downloaded it.

In turn, Ontario put it on the backs of municipalities and the hot potato has been passed around by apathetic politicians, most of whom can’t relate to the dire circumstances of their own constituents, ever since.