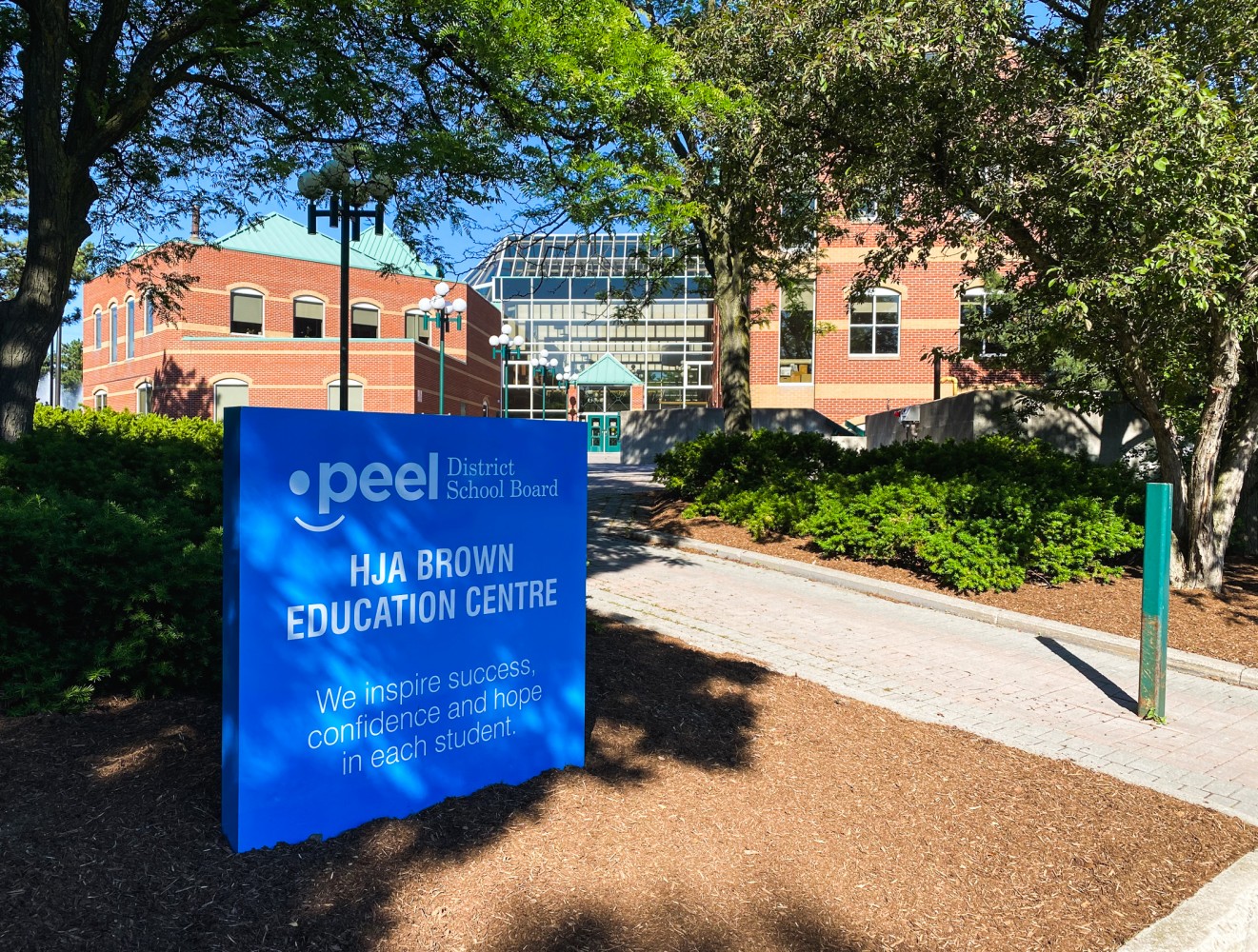 Peel District School Board Director Peter Joshua, who has recently stated his commitment to work with Black communities after years of inaction on systemic racism within the board were highlighted in a recent provincial investigation, has launched legal action aimed at some of the most active Black social media groups advocating for change at the board.

Two recent damning provincial reviews detailed the board’s systemic problems with anti-Black racism and the director’s inaction led to widespread calls for Joshua to step down. They have grown louder and are now coming from a diverse range of powerful organizations, and while the director has recently stated his commitment to rebuild trust with Black communities shunned by the board since he took over its leadership in 2017, out of public sight Joshua has taken legal action targeting some Black individuals using social media as a powerful tool to force change at the board.

According to the documents viewed by The Pointer the action appears to have been registered with the court on June 1, shortly after the most recent work by the province probing Joshua’s failure to properly deal with anti-Black racism was wrapped up. 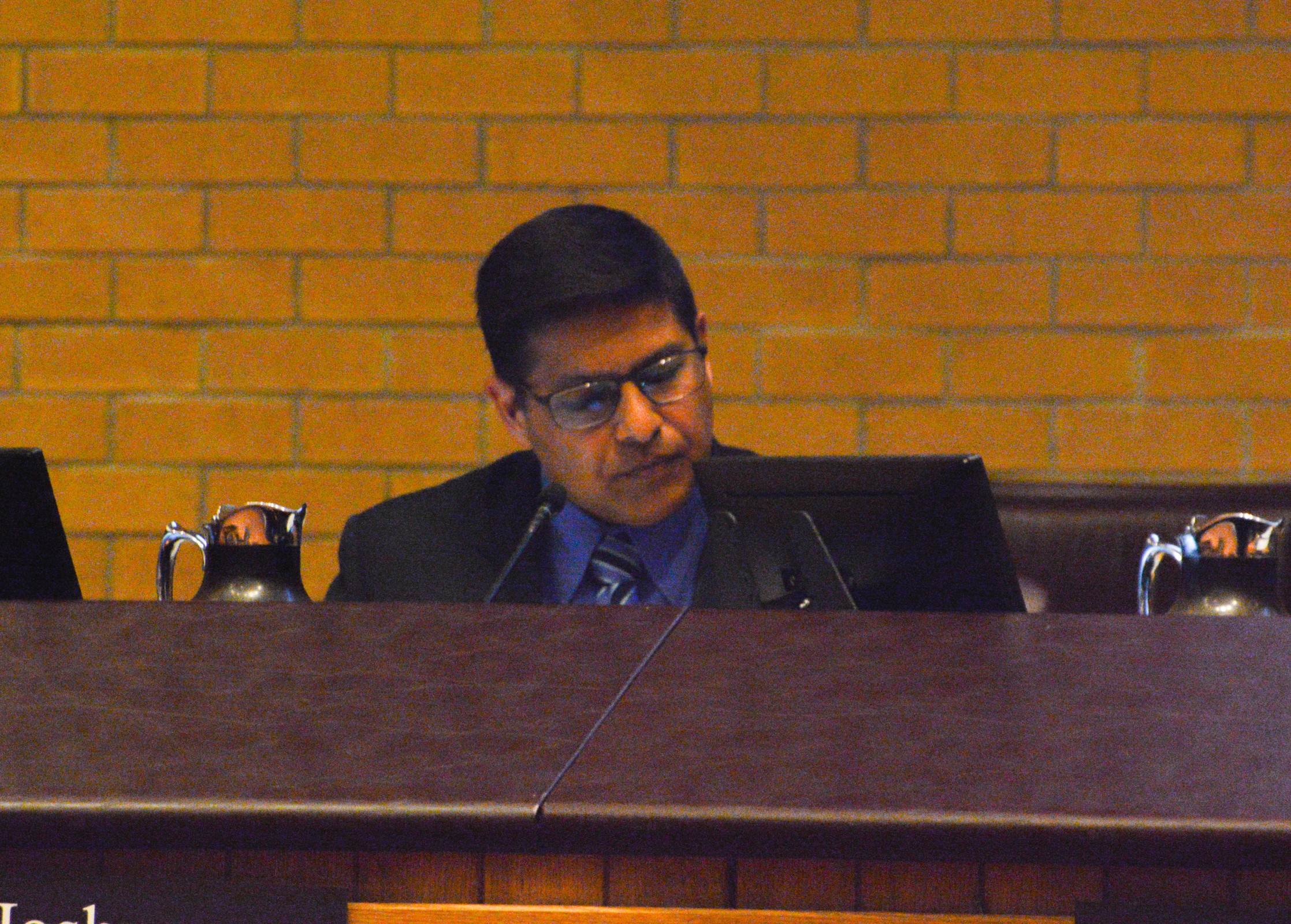 A Notice of Application filed with the Superior Court of Ontario and seen by The Pointer demands Twitter release the identity of the individuals behind advocacy groups in Peel who use specific accounts. The purpose of the request is to allow the board and Joshua to pursue the people responsible for the accounts, individually.

The Pointer reached out to PDSB, Peter Joshua and David Green for comment on the Notice of Application requesting Twitter hand over the personal information of account holders.

“As an employer, the PDSB has a legal obligation to provide a safe workplace,” Joshua said by email. “Over the past few months, a number of racialized and other PDSB personnel lodged complaints that they were being anonymously attacked on Twitter as a result of their work with the board. Others were concerned that their ability to do their jobs was being hampered by the anonymous disclosure of highly confidential internal board discussions.”

“It is important to note that, after consulting with legal counsel, the PDSB took legal action to protect its personnel from these online attacks, which were not legitimate attempts to engage in any kind of dialogue about the important issues the board is addressing.”

Joshua did not address questions about the cost of legal action, whether or not trustees voted on the matter or were consulted and who ultimately decided to initiate the application.

Green did not respond to the request sent through PDSB’s communications department.

The action comes after the education ministry (following its damning investigation report released in March) ordered Joshua and the board to repair the broken relationship with Black communities and come up with a strategy to engage those same groups in order to fix systemic racism within the board.

Joshua and PDSB Chair Brad MacDonald stated repeatedly in public that the ministry’s binding directives were being followed.

Meanwhile, Joshua was behind a legal strategy to take action against Black advocates that used Twitter to challenge the board’s inaction and his leadership.

The Twitter groups targeted by Joshua and the board in the legal strategy, include those that have demanded the director step down for his continued inaction on anti-Black racism and other forms of systemic discrimination unearthed within the board by the recent provincial investigation.

The action, known as a Norwich Order, asks Twitter to share the information of those individuals who registered and operate certain accounts. The information demanded includes names, phone numbers, emails and even IP addresses. The Twitter accounts listed in the legal action are WeRiseTogether1, AdvocacyPeel, Peelblackyouth1, HomeIsPeel, PeelBlackParent and MinistryPeel. 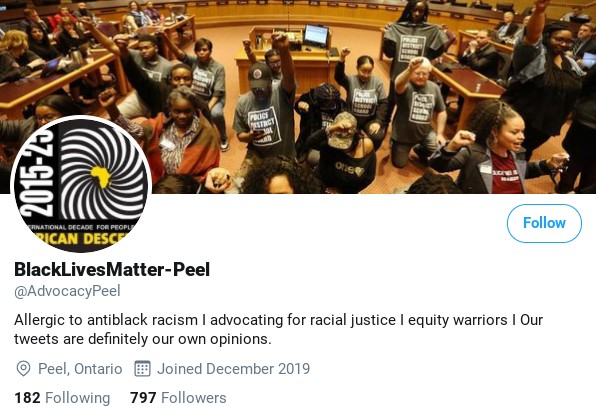 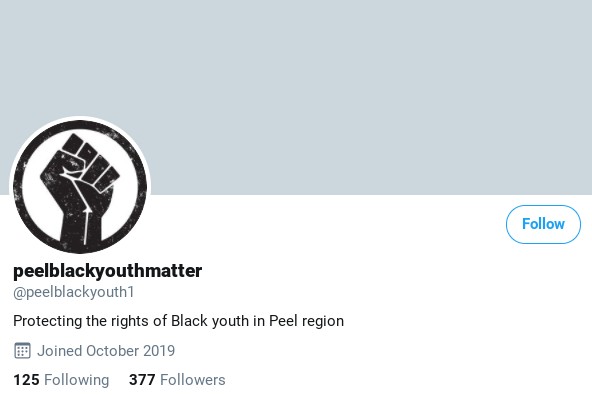 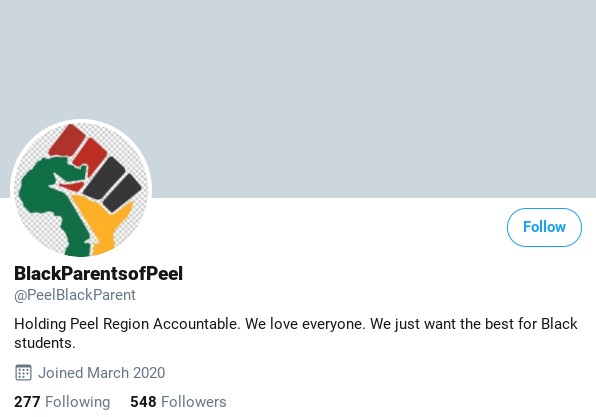 Several Twitter accounts have been named in the Notice.

At the time of publication, all are active with the exception of HomeIsPeel, which appears to have been deleted.

In line with its policy, on June 18 Twitter informed the owners of the accounts of the request and potential action by PDSB.

Alex Battick, a lawyer based in Peel who has been retained to represent those involved with the Twitter accounts, spoke with The Pointer.

“The obvious concern with all of this is the Peel [District School] board, having been accused of so many injustices against the [Black] community, is now actively trying to challenge, find, litigate people from that same community,” Battick said. “Without these Twitter accounts, arguably a lot of these issues wouldn’t have been able to come to light.”

A review of Education Minister Stephen Lecce’s own Twitter account shows the Minister follows WeRiseTogether1 and recently ‘liked’ a tweet by @AdvocacyPeel, two of the accounts listed in the legal action.

The application includes 54 tweets PDSB and the individual applicants view as either defamatory or sharing confidential information. They are tweets, retweets (shares) and videos. 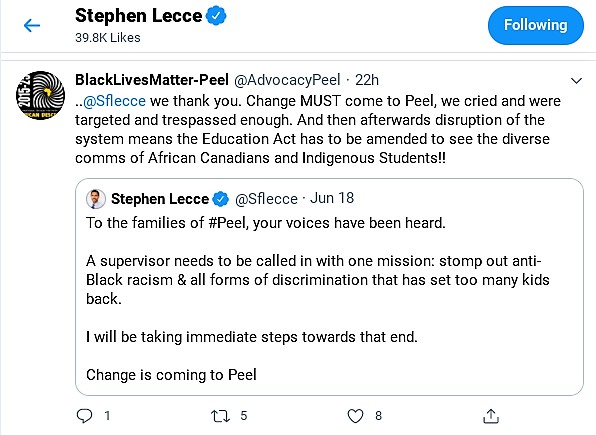 In response to the application’s assertion that the tweets were “false” Battick said many of the messages identified in the document have “basis in fact” or are “critical opinions.”

“Some of them are laughable that they would be challenging them for defamation,” he added.

One of the tweets identified in the application was on March 1 by @MinistryPeel: “Okay can we talk about ethics and responsibility? Who is Peter Joshua. He is the @PeelSchools Director of Education who did not stop the oppression of Black students in schools during his tenure at the Board. @Sflecce [Stephen Lecce] he can not be the one to implement change.”

The move comes in the context of a school board reeling from two damning reviews by the Ministry of Education, self-acknowledged systemic anti-Black racism within the board and a broken relationship with many of the communities it serves.

In November, the Ministry of Education ordered a review of the board to probe allegations of anti-Black racism and other forms of institutionalized discrimination within the board. It had been revealed last year that Trustee Will Davies called McCrimmon Middle School in Brampton, where a majority of students are racialized, “McCriminal”.

The review’s publication in March documented rampant anti-Black racism that infiltrated all levels of the country’s second largest school board, evidence of the unfair treatment of Black students and overt racism toward them in and out of the classroom. Inaction by trustees and Director Joshua in the weeks that followed the review led to a second probe, this time by an independent investigator appointed by the ministry, lawyer Arleen Huggins.

The Huggins report, published on June 8, found a board incapable of governing itself and unable to deal with anti-Black racism, Islamophobia or other types of discrimination. “I have determined that the collective Board and the Director’s Office is lacking both the ability and capacity, and perhaps even more importantly, the will, to address the findings in the Report,” Huggins wrote.

On Wednesday, trustees essentially acknowledged the truth in Huggins’ findings and voted unanimously to ask the Ministry of Education to send in a supervisor to take over governance of the board. The ministry agreed and is in the process of appointing an individual to the role.

Throughout the turbulent period at PDSB, a series of advocacy Twitter accounts kept the pressure up. Peel’s Black communities have been credited with pushing the ministry to act, something those behind the Twitter accounts PDSB is now pursuing had actively endorsed.

The accounts regularly provide commentary on board meetings and draw attention to the issue of anti-Black racism in Peel.

On April 17, under one of the 27 mandated directives handed down by the ministry, an apology issued by PDSB admitted the harm it had caused and “systemic” issues of anti-Black racism that persisted.

The action of the soon-to-be-named supervisor and how the individual will deal with anti-Black racism and the inaction on other forms of damaging discrimination inside the PDSB now looms over the troubled board.

The Pointer approached the Ministry of Education for comment, but did not receive a response.

“A supervisor… cannot, in good faith and the interests of justice and the public and the Black community, continue any of this litigation from the public purse,” Battick said. “If individuals who have been named in this application choose to do so on their own dime, sure thing, go ahead… If the ministry has already determined that anti-Black racism is rampant throughout the board, it would seem hypocritical of them to turn on that same community who has been voicing their opinions.” 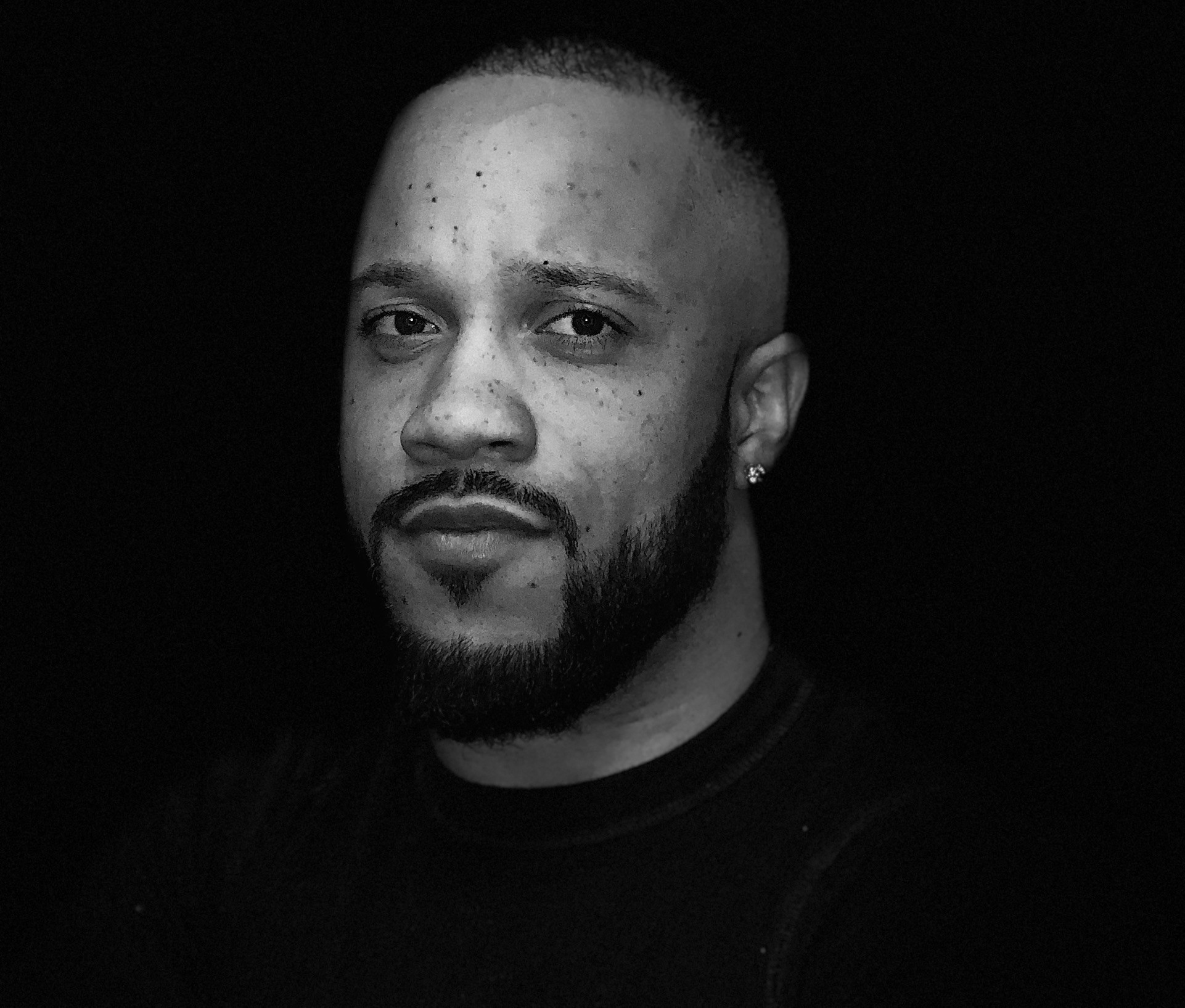 The ministry’s first report in March pointed out PDSB’s excessive spending on legal costs as an issue within the board. The review identified a significant rise in spending on legal action over the past few years.

The board is now spending more money on pursuing people who have been credited with holding its dysfunction to account.

“This is a lot of money that they have used to be able to retain a lawyer, a big Bay Street law firm … to finance this fishing expedition against the Peel Black community,” Battick added.

The move plays into a pattern from PDSB of harsh action against Black groups or individuals who criticize the board. In February, after questioning by parents and other advocates during a public meeting the board called the Peel Regional Police, and two parents were issued notices. Prominent advocates Idris Orughu and Kola Iluyomade were served with a trespass notice and warning letter respectively.

Orughu’s trespass letter alleged he had made threatening remarks and banned him from all school board property until June 2021. An investigation by police found no wrongdoing and, several months later, shortly after the scathing Huggins report, Director Joshua rescinded the trespass order a year in advance, without explanation or apology.

“The simple reason is [that it is] easier for people to ascribe criminality to Black people. That is what was done,” Orughu previously told The Pointer.

Joshua is facing allegations of reprisal from his own head of equity, the board’s associate director, Poleen Grewal, who alleges in an ongoing human rights case filed last year against Joshua and the board that he sought to teach her a lesson after her original complaint alleged Joshua had undermined her efforts to effectively address anti-Black racism, Islamophobia and other forms of discrimination. Joshua and the board deny her claims.

For Battick, the very need for the Twitter accounts to exist shows the problems within PDSB.

“The fact that people had to rely on anonymous Twitter accounts to bring these issues to light only speaks to the dysfunction within the board,” he said. “If this was a healthy school board, a healthy organization, individuals would be able to phrase these issues without fear of reprisal, threats, any concern about litigation. So it’s completely ridiculous that the board would double down on this pressure against the Black community,” Battick said.

“I think there’s an intention here to use deep pockets [to] stifle people’s opinion and criticism that are needed in public discourse.”