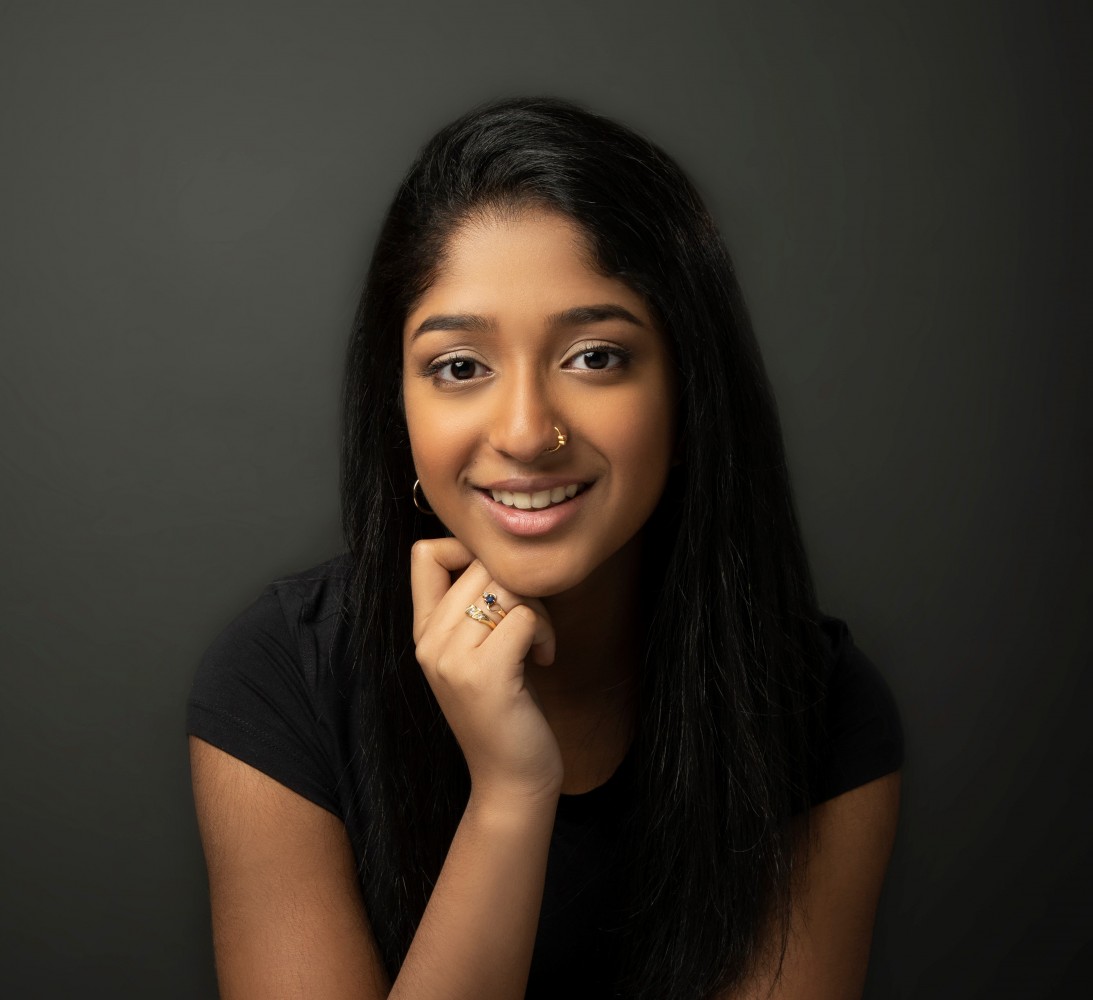 Mississauga may be home to more than 750,000 people, but it's not a city often mentioned in popular culture. Many who once called ‘Sauga home gave up describing it years ago, opting for more cachet, telling people they’re from the 6 or T dot. It’s easier that way.

But not Maitreyi Ramakrishnan.

The 18-year-old star of Netflix’s newest hit, Never Have I Ever, hails from Meadowvale and makes a point of letting people know. Even when she was in the heady world of Los Angeles filming her first major television show, she stayed true to her background. 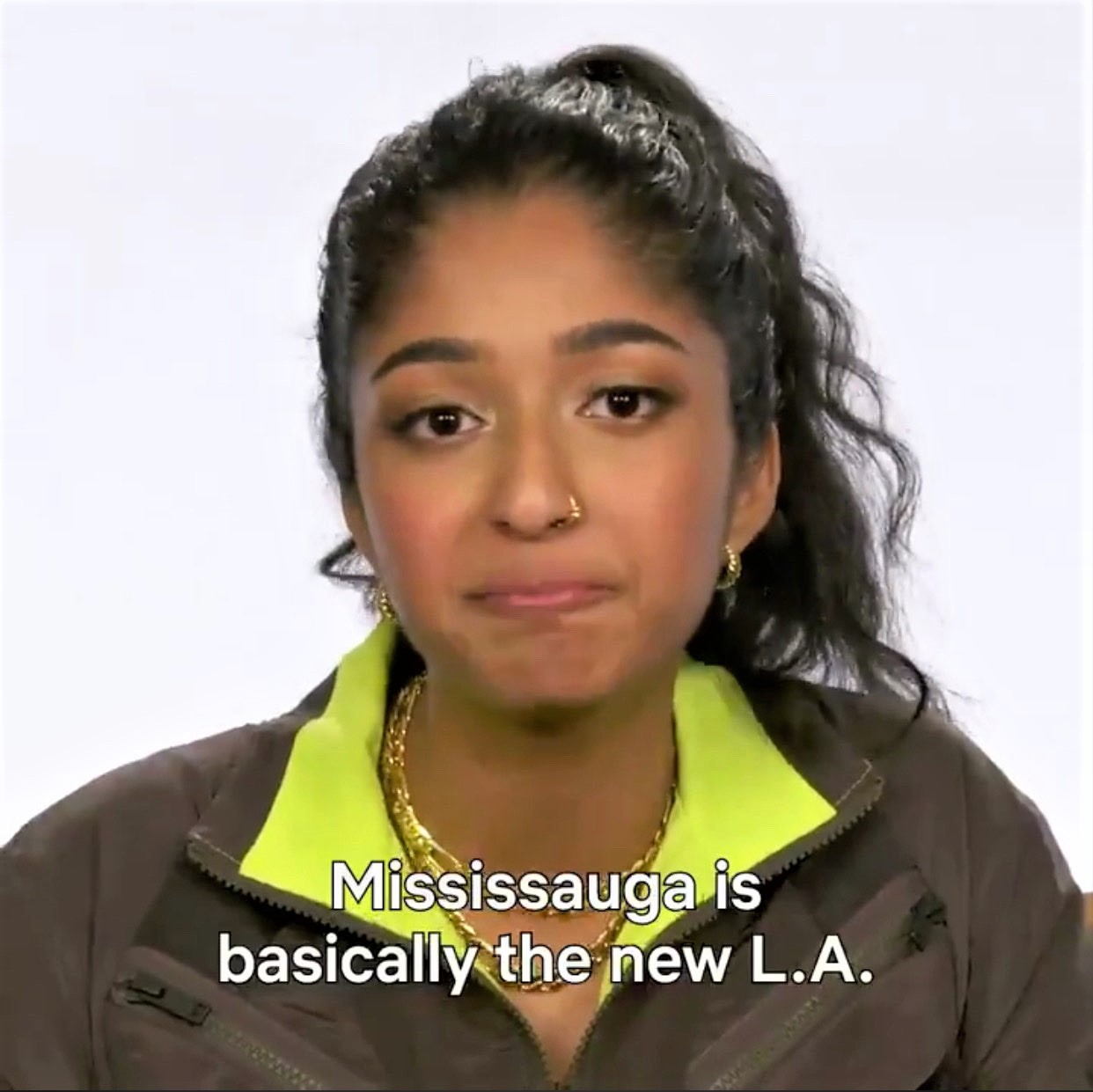 “I was born and raised in Mississauga, in the Meadowvale area, and I’ve always said I’ve been truly blessed to grow up in an area that’s so diverse,” Ramakrishnan told The Pointer in a phone interview. “With other kids coming from all walks of life, from all over the world, that, I think, really made a difference for me growing up.”

Ramakrishnan catapulted to stardom almost overnight. Told by a friend about an open casting call for a then untitled Netflix show, she joined 15,000 others who sent an audition tape, filming herself in a Mississauga library.

After various other auditions and film sessions, she landed the part and the show premiered in April.

It’s written and produced by Mindy Kaling (of The US Office fame) and was eventually titled Never Have I Ever. The coming-of-age comedy follows Devi Vishwakumar, a 15-year-old from Sherman Oaks, in L.A.’s famed culture-setting San Fernando Valley. The youngster is determined to improve her social standing after a dreadful freshman year but, as is often the case, friends and family make it difficult.

The show is somewhat unique among Netflix's collection of originals for featuring a female South Asian lead and has been praised by many for its accurate and humorous depiction of homelife in an immigrant family. The show plays off dynamics at school, while also capturing the clash of parents born overseas and a daughter who has always called the United States home.

Growing up in Mississauga, where a polyglot mix of global peculiarities permeates almost every street corner, qualified Ramakrishnan perfectly for the role. “I don’t think I really understood how special [Mississauga’s diversity] was until I left. You can take it for granted how diverse the area is and we don’t realize it until we leave to go elsewhere where it might not be as diverse,” she says. “Between all the different family businesses in Mississauga and all the different community events [it is so different to elsewhere].”

Known locally for its increasingly confident blend of culture, Mississauga finds itself on the cusp of its dawn. New development projects, rapid population growth and a blockbuster infrastructure plan around the coming Hurontario LRT are poised to put it on the Canadian and international map.

It is a city of the future.

Being able to claim famous faces like Ramakrishnan and work with them to promote a young, global city is an important step on its journey.

For Ramakrishnan, who grew up in a Tamil-Canadian household (her parents fled Sri Lanka during its civil war) the wondrous mix her city holds is still taking time to develop in the world of film and TV.

“It’s either token still or very forced representation as if there’s a checklist or a quota,” she says. “Hopefully, if we can normalize having South Asian roles in place of characters that can be played by any race really, that would be a big, big step forward. That’ll help other up and coming actors find their way into Hollywood.”

That may mean more shows by South Asian creators. It is no coincidence that Never Have I Ever, based partly on Mindy Kaling’s upbringing in Boston, cast a South Asian lead in a major show, portraying and celebrating immigrant life as a norm, and not simply including it as a quirky sub-plot of some caricatured sidekick.

Instead of writers who play on tired stereotypes for comic relief, Kaling is of a generation savvy enough to recognize those types of marginalizing portrayals don’t play among younger generations whose nuanced, sophisticated cultural experiences have no time for Apu and all the other gimmicks of yesterday’s Hollywood.

Kaling clearly has an intimate familiarity with the nuances of post-multicultural life, which instead of celebrating differences, erases them into one blurry smudge. In places like Boston and Mississauga young people are growing up with a fascination and enjoyment of the other, not a need to put them in a separate box and tuck them away in a cute diverse corner within their otherwise homogeneous world.

It works in two ways.

Ramakrishnan, with her comfortable-in-her-own-skin attitude, can play the role of the “any girl”, because in a place like Mississauga, young people of all sizes, shapes and stripes truly are just like each other.

In this post-multicultural world, in one of the most cosmopolitan cities on the planet, thousands of backgrounds come together to shape a more global soul.

If she had been raised in a place where “otherness” enveloped her, defining how she saw the world, and herself, she likely wouldn’t have been able to move so seamlessly between all the bewildering, but universal, adolescent spaces her character has to navigate.

For that, Mississauga has much more to offer. Its large South Asian-Canadian population (which itself is incredibly diverse) is just one of dozens of communities that might hold some of the best writers and producers to grace Hollywood and seeing stars like Ramakrishnan emerge will surely inspire them to pursue their work. 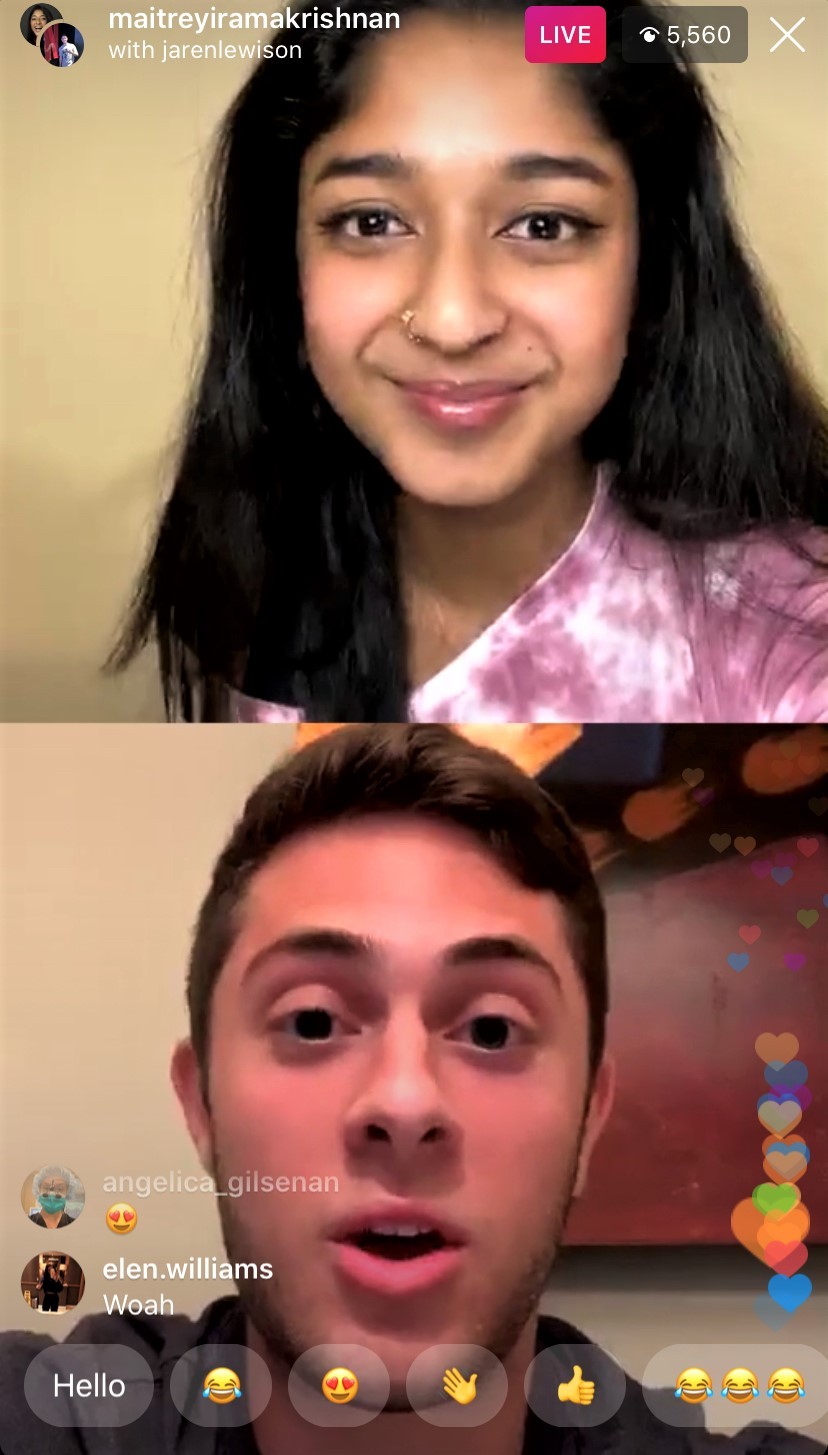 Equally, there is a responsibility on all writers. The vast majority of roles played by white actors could be played by anyone, an easy step toward more diverse casts.

“For me personally, I want to get a role not because I was the best South Asian girl for it, I want to get the role because I was the best person for it – period!” Ramakrishnan says. “I find that for a lot of South Asian actors, there’s a lot of people saying there aren’t many roles for us. Which is true, because a lot of characters could be played by any culture really if you look at the character description, but it tends to be white.”

Ramakrishnan related an anecdote that will be familiar to many aspiring creatives in the world of arts.

“You’ll sometimes read a script and it’ll say ‘no race specified’ and there’s no requirements. But you’ll read the script and midway through you’ll read a description of the character tying up a blonde ponytail.”

“‘Her hair’s dyed right? I have to dye my hair [for the role], right?’” she says, slightly sarcastically. “There’s nothing crazy about why this girl’s hair is blonde and you’re like ‘Okay, I get the message. Thank you’.”

In an industry that hasn’t caught up with the demographic reality that has emerged over the past few decades, encouraging other young actors who represent the actual picture of modern society is key. Inspiring a new generation of young, diverse creatives is something Mississauga as a city can play a key role in.

Just a few decades ago, it too was a sprawling homogenous suburban outcrop, lumped onto the side of Toronto. Now, it is home to some of the most exciting developments in the country and is ready to attract tourists and investors from abroad.

In Ramakrishnan and fellow youngster (and tennis star) Bianca Andreescu, the city has two powerful, successful women who can help inspire others and catapult the city onto the world stage. These figureheads offer a portrayal of the city as modern, young, progressive and dynamic; they illustrate its appeal to the world.

Many associate Drake’s international success with Toronto’s global rise. Could these young women do the same for Mississauga?

“Whether it is Mississauga, whether it is the South Asian community, whatever it is, I definitely want to get to a point in my career where I’m able to give back,” Ramakrishnan says. “I want to be able to open doors for other people because that’s what Mindy did for myself and I wouldn’t be here without standing on the shoulders of Mindy, but also all the other South Asian actors in the industry. Hopefully, one day, I can get to a point where I can give back.”

For her part, Andreescu has already had a street in the city named after her and had a rally in her honour at Celebration Square. Fresh off her US Open victory in 2019, an event (She The North) was held to celebrate her success, capturing national attention and uniting the city.

Ramakrishnan says she would love to help expand the appeal of her city. Building on a popular town centre in the form of Square One, synonymous with Mississauga, she wants to see amenities and activities for children across the vast, maturing city.

“I remember growing up in high school and wondering what we were going to do. And the biggest joke for all Mississauga [young] people is ‘Oh, all we do is we hang out at Square One.’ It’s not wrong,” she says. “Celebration Square, the Rec Room, we do hang out there a lot. Making Mississauga an awesome place to live for all the youth in the city would be something that I would definitely love to do.”