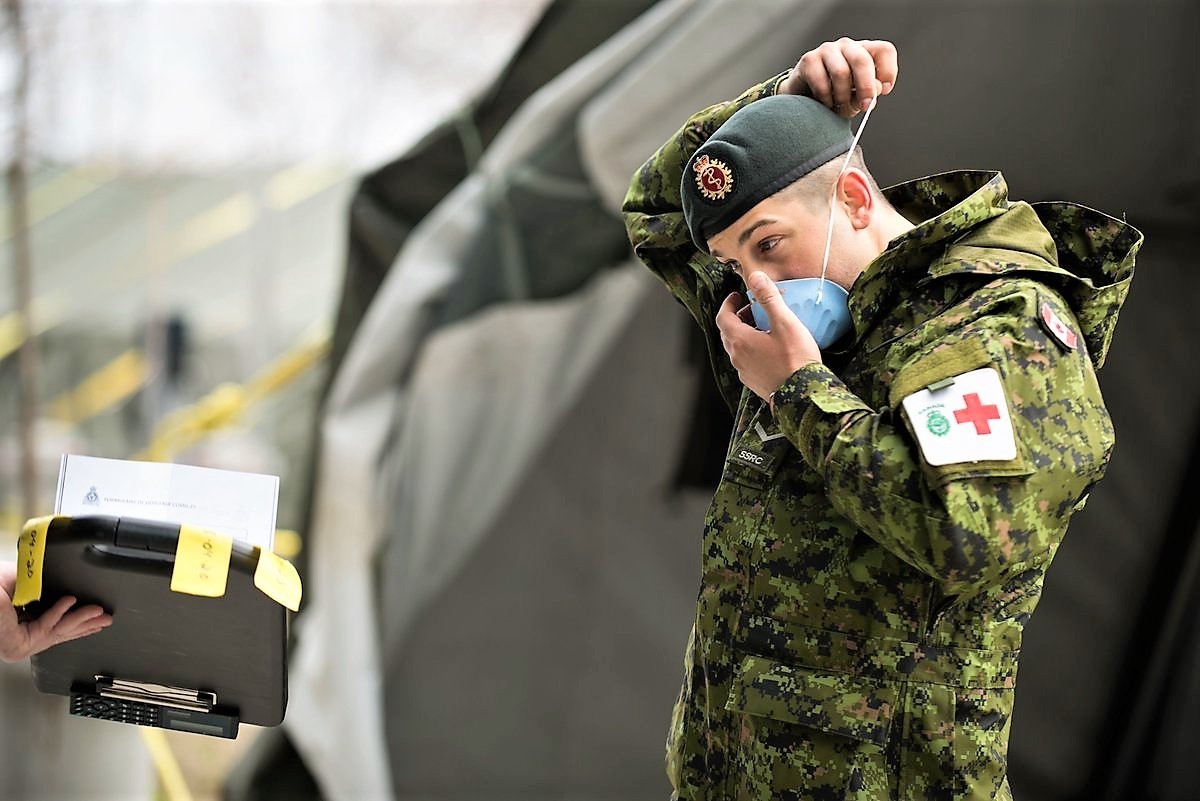 Perhaps the thought of his own mother-in-law — who tested positive for COVID-19 in April — living in long-term care drove the reality too close to home.

He lamented that reading the recent findings from the Canadian Armed Forces (CAF) detailing serious neglect, incompetence, and staffing issues within five long-term care homes in Ontario was “the most heart-wrenching report I’ve ever read in my entire life.”

It’s not an easy read. It details bloody fungal infections around resident catheters, residents left bed-ridden for weeks with festering bed sores, improperly trained staff or not enough staff, and a complete disregard in some cases for proper personal protective equipment (PPE) use and quarantine practices.

The unprecedented report exploded across the Ontario and national newsscape in a virulent burst Tuesday, inciting invective from critics calling for the resignation of Ford, Christine Elliott (Minister of Health) and Merrilee Fullerton (Minister of Long-term Care).

Social media was abuzz with criticism and outrage, all directed at the government, for letting the system degrade to its current state. 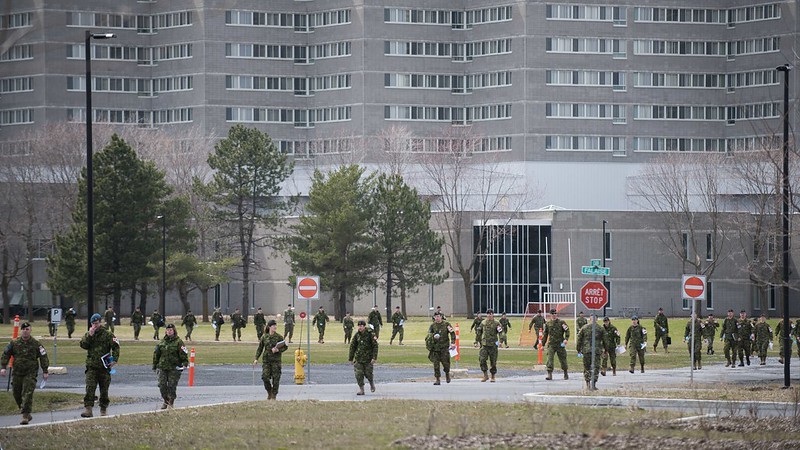 The PCs have been in power less than two years, after the Liberals governed the previous 15, when the sector seems to have been largely neglected and reams of evidence detailing alarming conditions in care facilities was effectively ignored.

The PCs were being heavily criticized prior to the pandemic for cuts within the sector that would have further diminished the already ineffective inspection regime.

Now, the exploding rage is palpable, and understandable. It’s hard to put down the 15-page CAF document and feel anything but disgust, horror and nausea.

Across Ontario, more than 1,800 residents and 1,300 staff have been infected with the virus leading to 1,538 deaths among residents and 6 among staff. In the Region of Peel, 167 residents of long-term care homes have lost their lives to COVID-19 and 604 have become infected. There have also been 218 staff cases and 1 death.

The staff member who passed away, worked at Grace Manor in Brampton, one of the hardest hit homes at the start of the pandemic, and one of the five long-term care facilities to receive assistance from the CAF over the last month. To date, the home has seen 55 cases and 11 deaths among residents. Since the CAF’s arrival, the outbreak at Grace Manor has been kept in check, with only a handful of new cases among residents and staff being confirmed since the military’s arrival.

In the CAF report, a number of concerns are raised about practices inside Grace Manor, including staff moving from COVID positive units to other units without changing their contaminated PPE, staff not following proper hygiene practices, and wearing the same PPE for multiple tasks. The CAF also noted issues with the level of care being provided to residents, including observations of food being left in residents mouths while they’re sleeping, aggressively repositioning residents, not using lifts properly and not assisting frail residents during meals.

“Staff would rather write [that] the resident refused to eat, rather than helping them,” the CAF report reads. 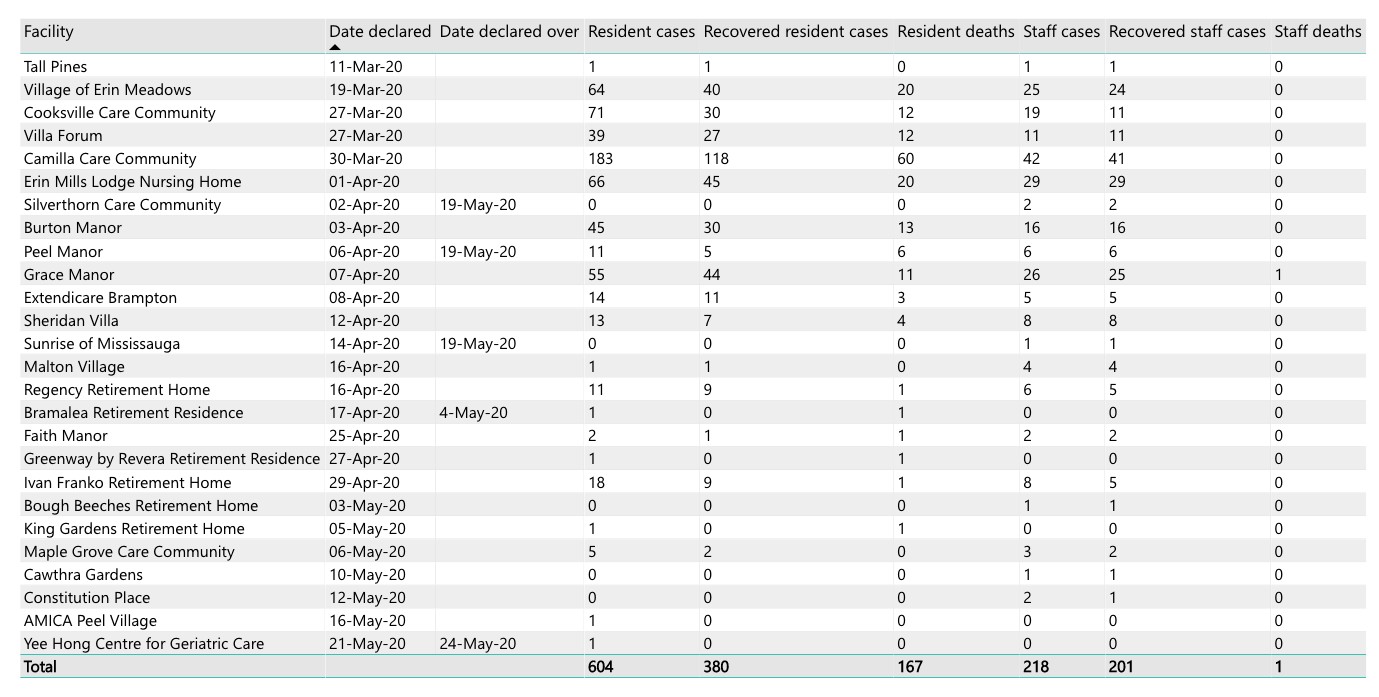 The CAF also points out problems with medication administration not being documented, and confusion around do not resuscitate (DNR) documentation for certain residents.

CAF states these “minor concerns” were raised with Holland Christian Homes (which runs Grace Manor) leadership “in a collegial manner” and “facility staff advised they will address the deficiencies.”

In total, during their month-long mission, 39 CAF members have tested positive for COVID-19, 15 of those cases in Ontario and 24 in Quebec.

While no shortcoming in the level of care provided to our loved ones should be accepted, the findings at Grace Manor pale in comparison to the scenes of true horror observed at the other homes attended by CAF staff.

At Orchard Villa in Pickering (69 deaths from COVID-19) CAF personnel observed insect infestations (cockroaches and flies), patients being left in soiled diapers, improper use of PPE, and staff burnout that led to “respecting dignity of patients not always [being] a priority.”

During his press conference, Premier Ford noted that certain findings in the CAF report were being forwarded to the province’s Chief Coroner for investigation to determine whether any criminal charges should be laid. While the specific instance was not mentioned, the CAF documents an incident at Orchard Villa that could potentially rise to the level of criminality.

It involved improper feeding of a resident while they were lying down, which the CAF document states appeared to have “contributed in patient death.” Staff were unable to dislodge the food or revive the resident. No further information is provided.

Other horror stories include “significant staff issues” at the Altamont Care Community in Scarborough contributing to residents being left with deteriorating bed sores, and at the Eatonville Care Centre in Etobicoke where CAF members observed improper use of PPE, COVID-19 positive residents allowed to wander freely about the home and a “general culture of fear to use supplies because they cost money.”

“The reports they provided us were heartbreaking, they were horrific. It’s shocking that this can happen here in Canada,” Ford said.

In response, Ford has requested the federal government to extend the CAF assistance in the province for another 30 days, and is also calling on Prime Minister Justin Trudeau to ensure his government remains at the table to assist the province in fixing systemic problems in the sector.

“We can’t fix it alone, no province can fix it alone. As Canadians we need to protect these residents,” Ford said. “I will move heaven and earth to do what is right to help these people to help those that need us.”

When the prime minister was asked about the findings during his morning press conference — prior to Ford’s statements — he said there is “no doubt” that more needs to be done to help seniors, labelling the CAF findings as “extremely troubling.” He noted the federal government will be there to support provinces as they move forward.

Where Queen’s Park begins to start fixing this issue is uncertain, but a public commission being launched by the province in September is set to investigate sweeping problems in the long-term care sector, many of which have been widely reported and existed for decades.

“We have been clear the long-term care system in Ontario is broken. We must act quickly and decisively, and that is why an independent non-partisan commission is the best way to conduct a thorough and expedited review,” Fullerton said during the press conference announcing the commission.

“We need answers,” Ford said. “It’s up to us to face the hard truths that have been ignored for decades.”