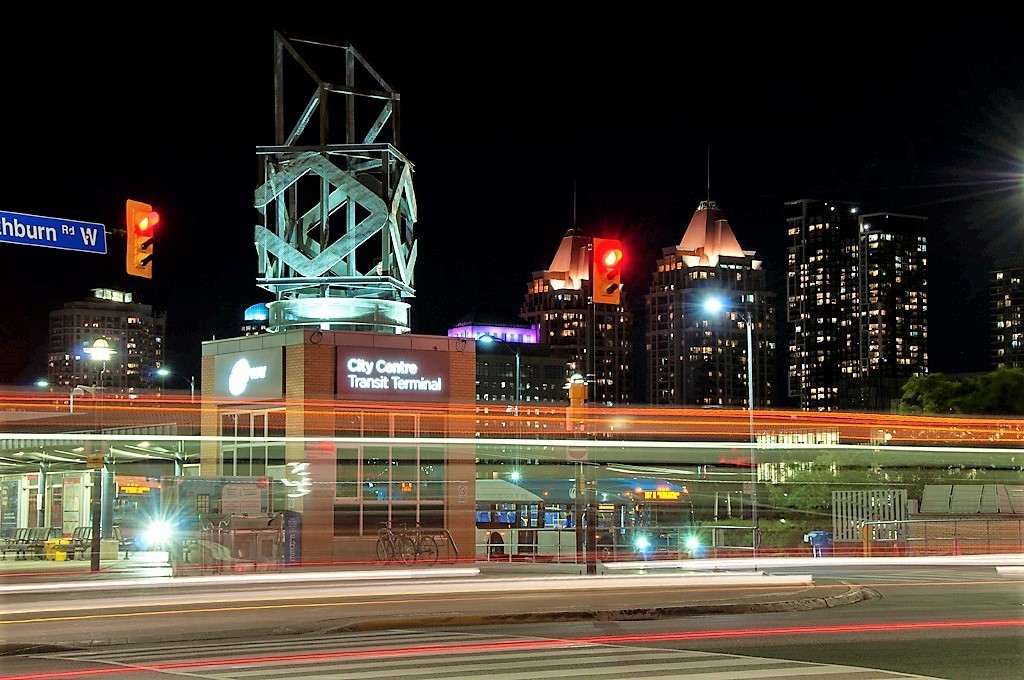 Photos The Pointer files/City of Mississauga

Is Mississauga in danger of sinking $7.1 million into a transit terminal that could be replaced in under two years?

Mississauga’s downtown is on the edge of a revolutionary overhaul. Plans by Oxford Properties, the owners of Square One, to build 37 residential towers around the mall promise a new and exciting future for the area.

Add in the Hurontario LRT, which will stop beside Square One, and the downtown promises to be one of the most modern and sought after spots in the city.

Alongside Metrolinx and the development community, the City of Mississauga has plans to spruce things up by investing $7 million into the central MiWay transit hub. 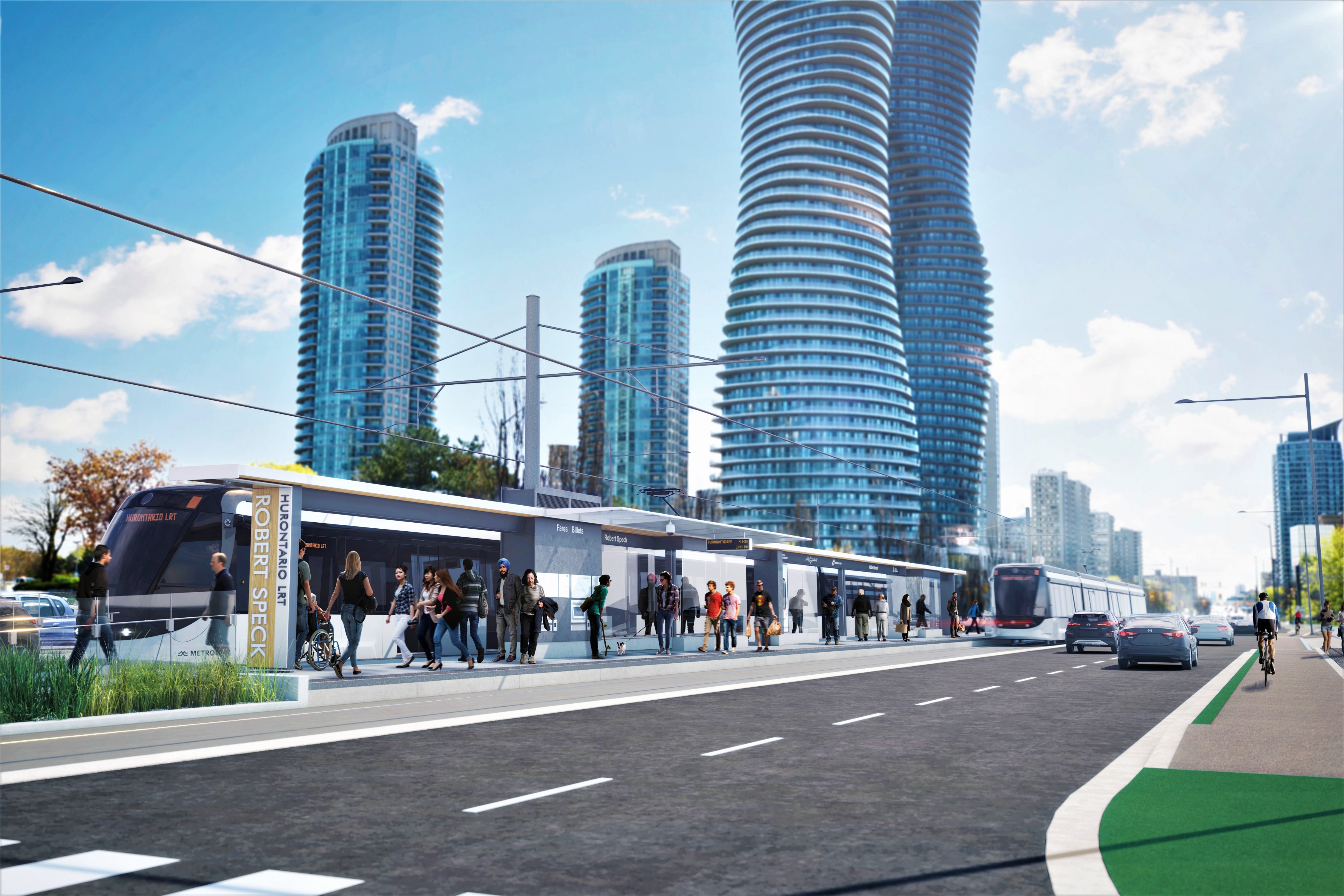 A number of future projects, including the Hurontario LRT promise to transform Mississauga's downtown core.

The City Centre Transit Terminal, attached to the side of Square One, is a hub of activity for MiWay buses. A variety of routes begin, end or pass through the terminal, while Brampton Transit buses also stop by. Regional GO buses heading for Toronto, Hamilton and other destinations complete the complement.

Their investment, though, is in a building that could well be doomed. Plans to replace the facility as early as 2022 mean the renovated terminal could sit in its new state for a matter of just months before bulldozers arrive at the site to knock it down. From its expensive ashes, an even newer and even shinier terminal may be built.

In January, Mississauga announced it would be renovating the city centre’s transit hub. They promised a renovation of the waiting area to modernize it and improve accessibility. Work was planned to begin in February to “undergo a complete interior infrastructure renovation to transform the City’s busiest facility into a modernized space with improved accessibility and services for MiWay customers.” 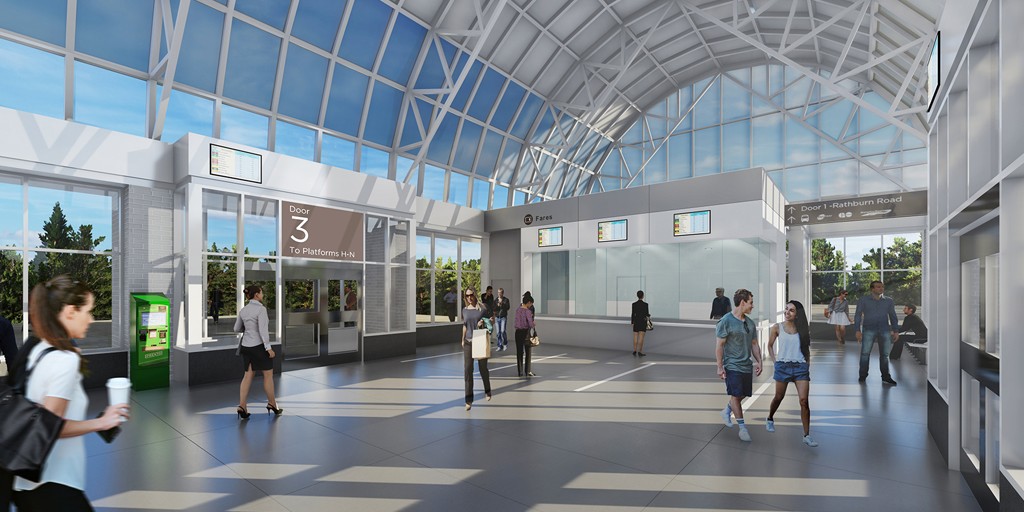 “Exciting things are underway this year,” Geoff Marinoff, director of transit at the city, said in a media release. “The [City Centre Transit Terminal] was built in 1996 and is a 23-year-old facility. It is located in downtown Mississauga with more than 45,000 commuters accessing it every day. The building requires upgrades to meet the growing needs of our community.”

The renovation will cost roughly $5.5 million. A budget of $7.1 million has been set to cover “all soft costs” associated with the project. According to the city’s budget document, the funds come from the Gas Tax as well as some funding from property taxes.

It is slated for completion by Fall 2021.

In the background, Mississauga is working on another project that will serve exactly the same purpose. The 2019 and 2020 budget documents both bear reference to an item titled the Downtown Transitway Connection and Terminal.

Between 2019 and 2022, the city is budgeting roughly $15 million to undergo planning for the project. The building is currently subject to a Transit Project Assessment Process (TPAP), similar to an environmental assessment, designed to complete planning and engineering work to get a new transit project ready for construction.

In 2019, Mississauga budgeted $2 million for the TPAP, increasing that by a further $4.9 in 2020 as the process continued. The TPAP stage is planned to be completed by 2022, barely six months after the City Centre Transit Terminal renovations are complete.

The city confirmed to The Pointer that, when construction begins on the Downtown Transitway Connection and Terminal, it will be to replace the City Centre Transit Terminal, regardless of its $7 million plus renovation.

The city was unable to share the fate of its current terminal. It is highly unlikely, but technically possible, it could be repurposed for a different use or somehow integrated into the new building. However, the capacity and location of the current building make the likelihood of both options slim.

The current building serves a small loop for MiWay buses, with GO transit buses stopping on a sidewalk to the north. The LRT is planned for the east.

In addition, the whole area will be undergoing significant construction for years, making it a strange time to invest in a small building with a changing purpose. 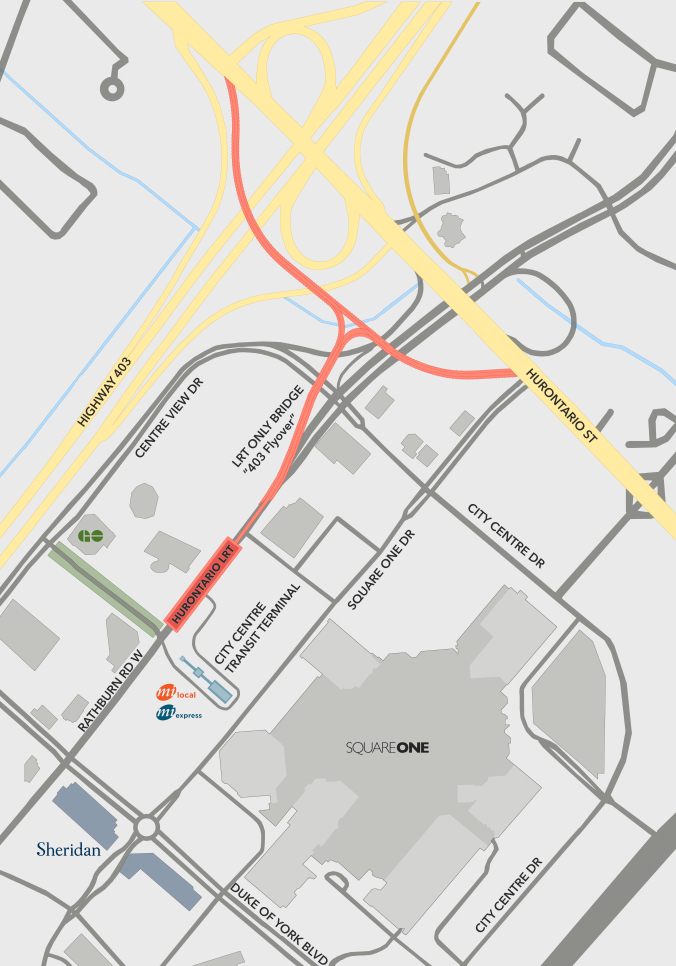 A Metrolinx graphic illustrating where the Hurontario LRT will be built in relation to the current City Centre Transit Terminal and GO stops.

The current footprint is relatively small and far removed from both the GO infrastructure and the location earmarked for an LRT stop. The volume of passengers likely to be attracted by the LRT, Transitway, GO and regular MiWay buses simply wouldn’t be accommodated by the building.

When it was first built in 1996, only a few MiWay buses used the facility. Repurposing it to serve three different transit systems would be an extremely tall order.

A spokesperson for the city said the final fate and potential demolition of the building would be confirmed by the TPAP process.

The exact date construction for the new facility is dependent on future funding. In their pre-budget submissions to the federal and provincial governments, Mississauga listed the project as a priority they wanted help to build.

In particular, the city asked for funding to connect its bus rapid transit corridor, or Transitway, to Square One. Currently, buses stopping in the downtown (all routes on the Transitway) are forced to exit the higher order transit route and join normal traffic flows for a few blocks to access the terminal. To return to their priority route, operators must repeat the normal traffic portions in reverse.

It’s a time consuming stretch of a journey designed to bypass congestion and delays.

“The completion of the Downtown segment of the Mississauga Transitway, with a dedicated transit corridor and a new bus terminal, would provide for a continuous Transitway that would maximize the benefits and successes of previous investments,” the city wrote in their submission to the province. “Acting as a central mobility hub, the new terminal will be a combined terminal servicing both Mississauga MiWay and GO Transit while also providing a seamless connection to the Hurontario LRT. The new terminal will be a critical transit hub servicing Mississauga and the western GTHA and providing a vital connection to Pearson International Airport.”

Reference to the upcoming Hurontario LRT, set to be completed by Fall 2024, suggests the plan is to construct the new downtown terminal at some point between the TPAP’s completion in 2022 and the LRT in 2024. Inclusion of the request in the 2020 budget requests shows funding considerations are already on the table.

The Pointer asked the city if urgent safety or repair considerations were behind the decision to invest more than $7 million in a building likely to be torn down at most a few short years after its renovation. No explanation was offered, instead MiWay said: “The TPAP study is still underway and there are no updates at this time.”

All public material around the renovation makes reference to improved accessibility, not urgent changes.

In the context of financial hardship facing Mississauga as a result of COVID-19, the decision to invest this large sum is confusing. If physical distancing measures were to be lifted by June 30 — an optimistic date — the city is on course to finish the year with an almost $60 million deficit. The loss, with savings budgeted in, would equate roughly to a cancelled community centre with an adjoining park.

A one-time property tax levy of 17 percent would be required to make up for the shortfall if no bailout from upper levels of government arrives. The impact saving $7 million would have on that increase should not be underestimated.

With more than 18 months remaining on the TPAP for the new facility, it may not be too late to turn the ship around and marry the two projects more closely together. Whether the city is able to do so or not remains to be seen.