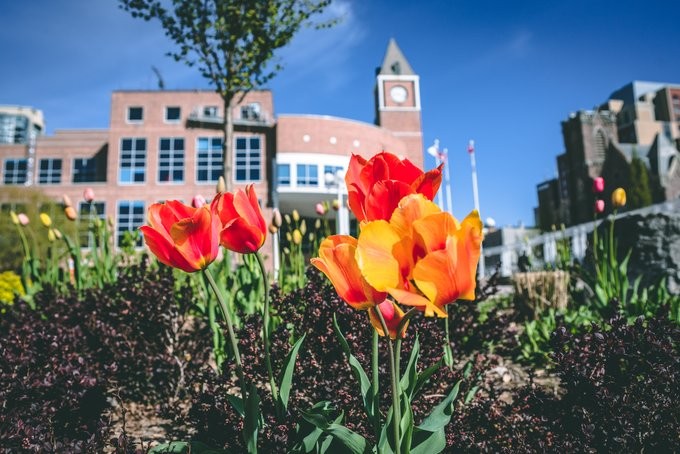 In the depths of a Canadian winter, it’s not hard to convince people to stay inside.

In the month of March, with an average temperature only slightly above freezing and only 5 hours of sunlight per day, the weather was certainly on the government’s side when it enforced strict distancing measures on March 16. 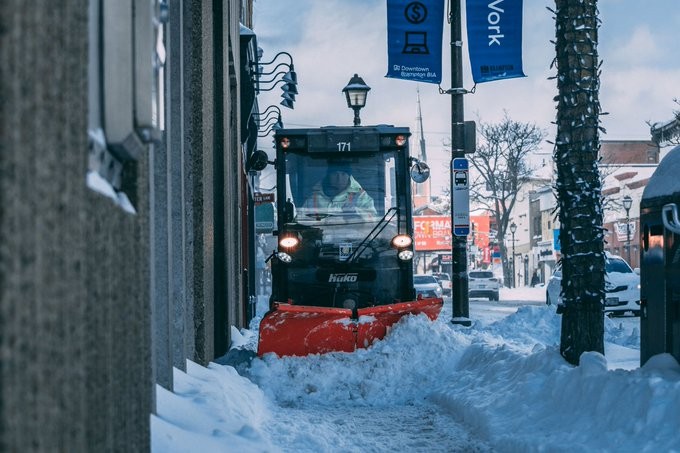 In the dead of winter, it's not hard to keep people off the streets.

However, that’s quickly starting to change. This weekend, many in the GTA have been graced with sunny skies and temperatures that reached 20C in Brampton and Mississauga. After being mostly confined indoors for much of the last month and a half, many in Peel will feel the impulse to rush out and bask under the warmth of the summer-like sun.

Thankfully, Canadians were also greeted with some good news over the weekend, as Dr. Theresa Tam, the country’s chief public health officer, issued a statement on Saturday affirming what the case numbers have been suggesting over the last week: we are flattening the curve. Social and physical distancing is working.

“Canadians across the country have united against COVID-19. By following public health recommendations, we have collectively brought down the rate of infection. We are flattening the curve,” Tam stated.

It’s welcome news for many who have been staring out their windows or cracking their front doors in order to peer out at the warm world beyond. However, Dr. Tam urged Canadians to be wary of rushing outdoors.

“While we can continue to be cautiously optimistic, it is important that everyone remains aware of our duty to protect one another, especially those who are most vulnerable, as we navigate the next few weeks. Provinces and territories are outlining their approaches to gradually lift measures and open up the economy. Please consult your provincial and territorial authorities to learn about the restrictions in your region and continue to stay home if you are sick, wash your hands frequently and practice physical distancing,” she said.

During the global pandemic, Canadians have entered several “critical periods” for fighting the virus, and we’re all about to enter another one as Ontario gets set to begin slowly allowing businesses to reopen starting Monday.

On May 1, Premier Doug Ford announced a short list of businesses that will be allowed to open their doors, or prepare to reopen in some capacity, including: garden centres and nurseries (for curbside pick-up and delivery only), automatic and self-serve car washes, and car dealerships (by appointment only).

Additional construction projects can now resume as well, including those in the shipping and logistics sector; broadband, telecommunications, and digital infrastructure; municipal projects; colleges and universities; child care centres; schools; and site preparation, excavation, and servicing for institutional, commercial, industrial and residential development. 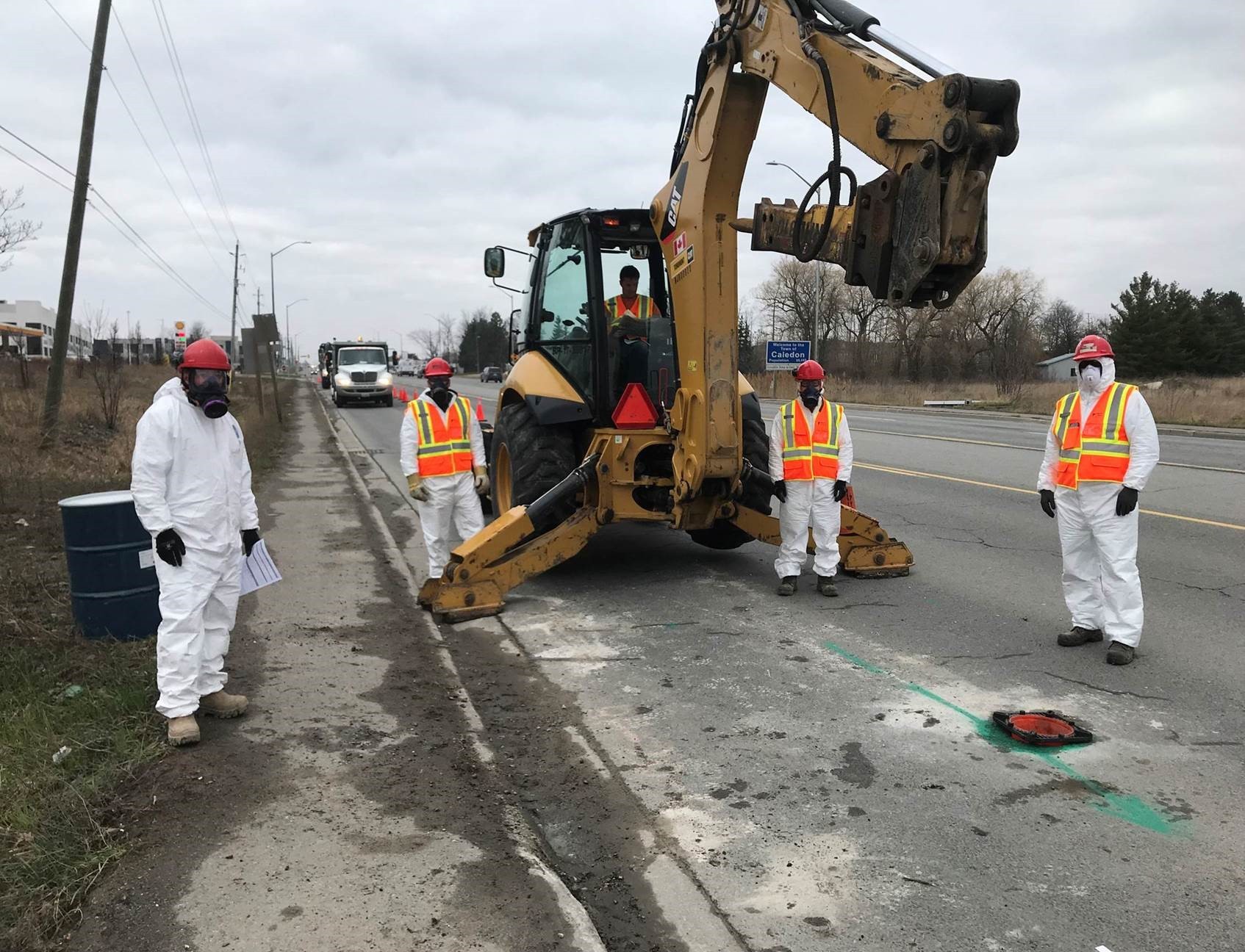 Many different construction projects will be allowed to resume Monday as the province begins to ease COVID-19 physical distancing restrictions.

Golf courses and marinas are also allowed to begin preparations for the season ahead, but are to remain closed to the public.

"We are allowing certain businesses to reopen under strict guidelines because we are confident they can operate safely and adapt to the current environment," stated Ford in a press release. "While further reductions in the spread are needed before we can begin reopening the province, we have the right framework and the right workplace guidelines in place to do so gradually and safely."

Ontario is not alone in these efforts, as other provinces, including Newfoundland, Quebec, Saskatchewan and Nova Scotia all have either begun or will start this week implementing measures to reopen society and their respective economies.

While many of these plans have been welcomed by residents, those in Nova Scotia celebrated the small ounce of good news after weeks of anguish following Canada’s worst mass shooting which took place in the province, leaving 23 people dead.

The tragedy was followed by another, the crash of a Canadian Navy helicopter from the HMCS Fredericton in the Ionian Sea off the coast of Greece with several members on board. The frigate was previously docked in Nova Scotia and two of the six individuals on board were from the province.

Premier Stephen McNeil cited the preservation of his province’s mental health as one of the key motivators for opening up certain areas of the province, including municipal and provincial parks (for hiking use only) and beginning to allow other recreational activities like fishing and reopening driving ranges.

“We know that getting outdoors for recreation is important for people’s physical and mental health,” stated Premier McNeil in a press release. “That’s why we are easing some restrictions, while still keeping the majority of our public health directives in place to continue fighting the virus. But I need to be clear: if we see an increase in positive cases or people not continuing to adhere to all the public health measures, the restrictions will return.”

Not all provincial decisions have been so welcomed. In Quebec, where the province announced it would begin to reopen schools starting tomorrow (May 4), the decision has been decried by many in the province, which has the highest number of COVID-19 cases, as being irresponsible. One English school board in the province has already stated it will go against the provincial direction and remain closed.

The differing plans among provinces, even among two cities like Brampton and Mississauga, raises many complex questions. If one province decides to begin lifting restrictions, but a neighbouring province does not, what regulations are in place to ensure that the one does not impact the other?

Even within Ontario, the reality in certain jurisdictions is vastly different than others.

Prime Minister Justin Trudeau was asked about such potential issues during a press conference Sunday, and he acknowledged that while the federal and provincial governments have all agreed on set principles to reopen “gradually” and “carefully”, there are different circumstances across the country, but it is up to each province to determine the right time for them to begin lifting restrictions.

“Our focus, every step of the way is going to be to support Canadians across the country as we move through these next steps,” he said. “We know that there are very different situations right across the country…We respond to the requests that come from them [the provinces] and their reality on the ground.”

On Sunday, Trudeau also announced an additional $240 million to be put into further online healthcare platforms for mental health and primary care and a further $175 million into research to develop a cure or treatment for COVID-19.

“To beat COVID-19 we have to think outside the box,” he said.  “If we can use apps to order dinner and video chats to stay in touch with family, we can use new technology to keep each other healthy.”

At the local level, neither Brampton or Mississauga have made any indication they will begin to reopen city facilities, but certain changes could be on the horizon as case numbers appear to be slowing.

Over the last five days in Peel, cases have increased by an average of 2.2 percent daily, a much slower rate compared to previous weeks. Currently, Peel has 2,574 confirmed or probable cases of COVID-19, and 124 deaths. A large portion of these infections and deaths occurred in the region’s long-term care facilities, with 463 current cases and 70 deaths since the start of the pandemic.

A breakdown of COVID-19 cases in Peel as of May 3.

“In these difficult times, our Canadian spirit has shone through,” Dr. Tam said. “Let’s keep up with the progress we’ve made and stay motivated. Together, we will persevere and we can make it through to the other end of the COVID-19 curve.”