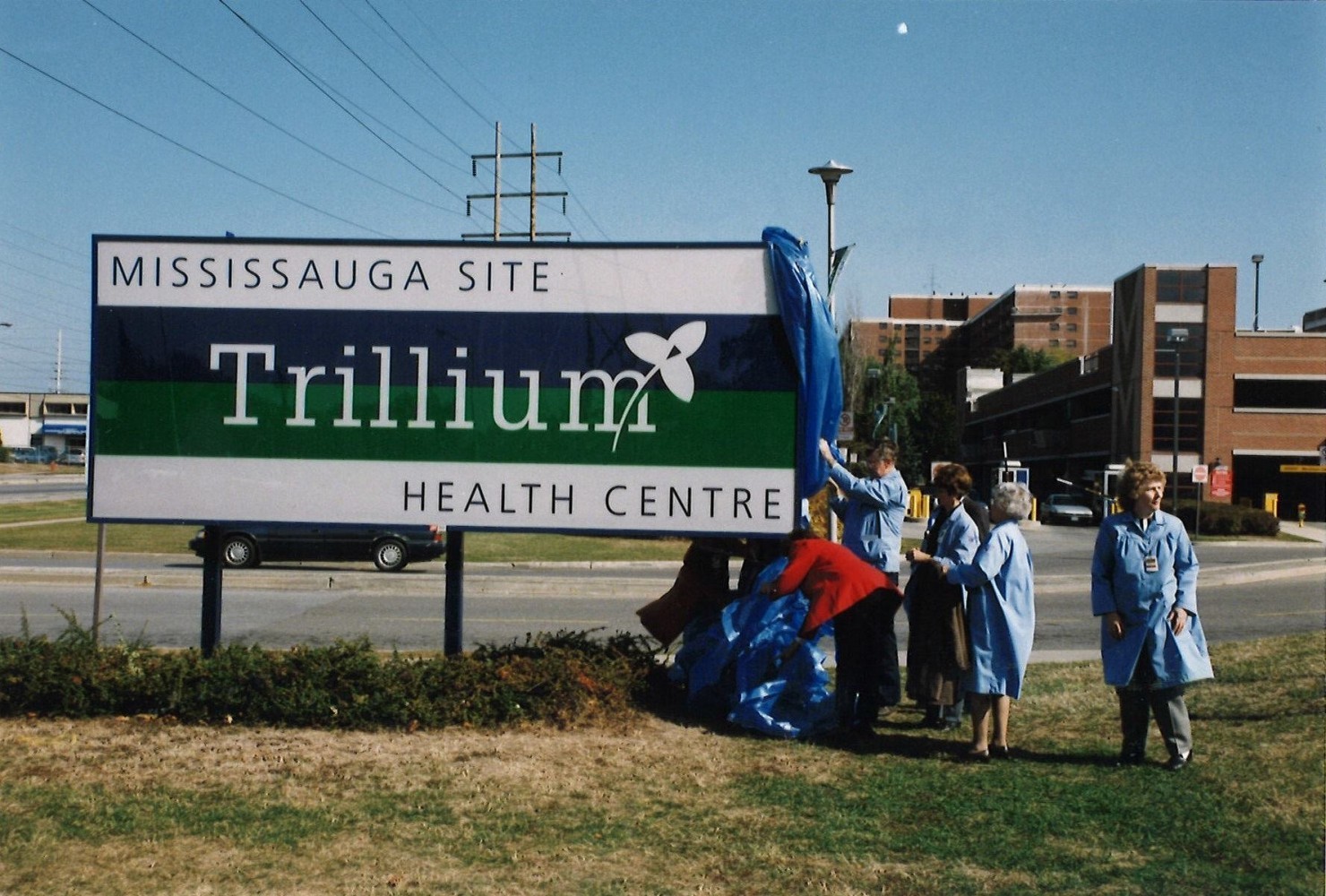 Peel’s Public Health Unit has confirmed another 46 cases of COVID-19 in the region on Friday, bringing the total to 832. The increase is less than half yesterday’s rise of 102, but shows infections continue to tick up in Brampton, Mississauga and Caledon.

Trillium Health Partners (THP), responsible for healthcare in Mississauga, also confirmed its second outbreak of the pandemic in one of its facilities. According to THP “a number” of staff at Mississauga Hospital Medicine Unit 4B tested positive for COVID-19 between March 26 and April 5. After a consultation with Peel Public Health, an outbreak has been declared. 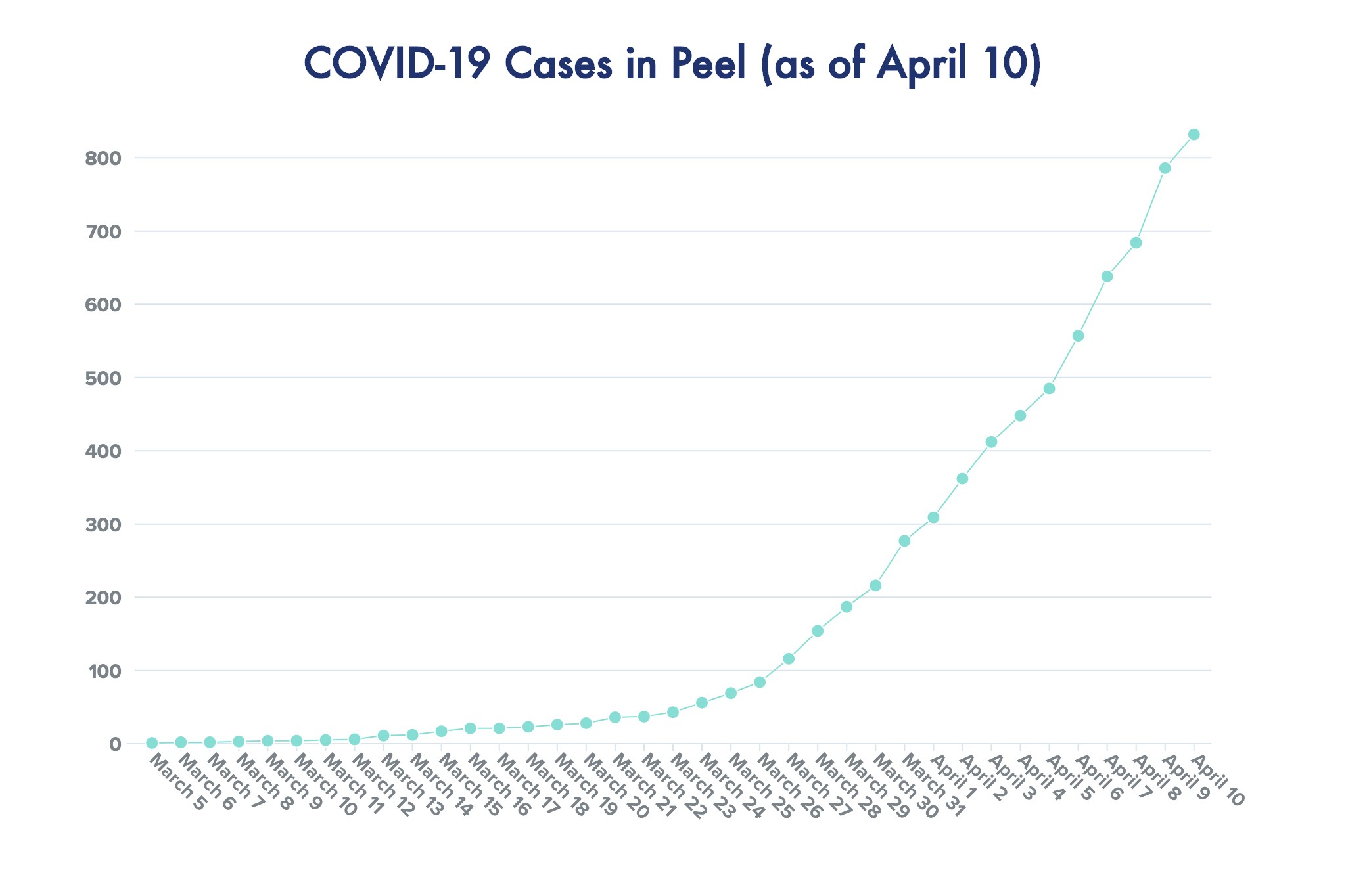 “While we continue to test and monitor staff and patients from this unit, the number of positive tests we are currently aware of is less than ten,” THP said in a media release. “All patients on the unit are being notified and are being actively monitored and will be tested immediately should they develop symptoms.”

In order to protect staff and patients, the hospital has closed the ward to any new admission and enhanced cleaning measures have been put in place. Education has also been increased for patients and staff to reinforce the importance of hand washing and physical distancing.

On March 31, THP’s other Mississauga hospital facility, Credit Valley, also declared an outbreak of COVID-19. During the Credit Valley outbreak, four patients in one unit tested positive for the virus. The COVID-19 patients were relocated to a different area in the hospital and no further update has been provided to suggest the outbreak spread further.

Friday’s updated numbers for Brampton show an increase of 25 new cases of the novel coronavirus and Mississauga recorded 20 new cases Friday. In total, Brampton now has 352 positive cases of COVID-19, 441 are in Mississauga and Caledon has 35. Four are pending further information. 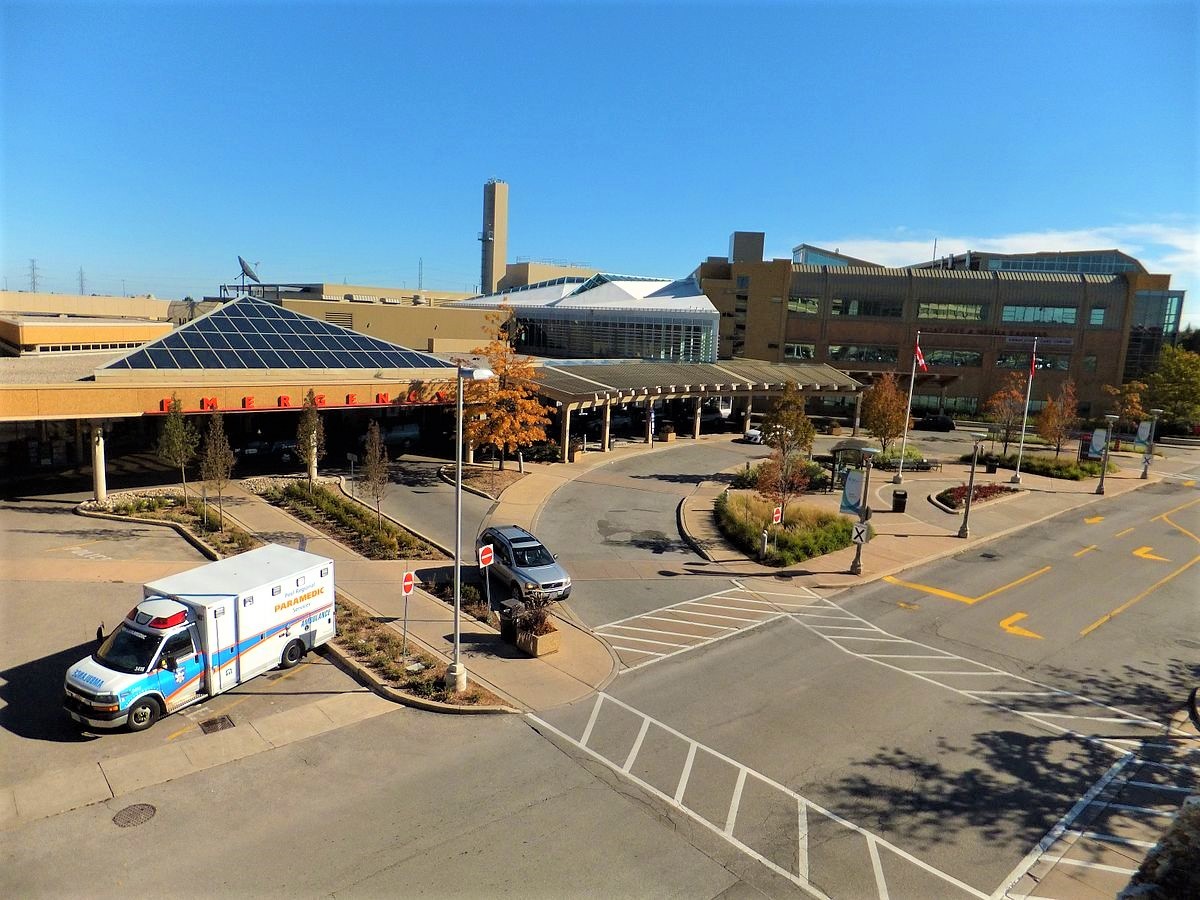 Mississauga's Credit Valley Hospital had to declare a COVID-19 outbreak on March 31 after four patients in the same ward tested positive for the virus.

The region also announced an additional five deaths as a result of the virus, bringing the total to 15.

Ontario confirmed an additional 478 cases, bringing its total to 6,237. The 8.3 percent rise in provincial cases is contextualized by 2,574 cases marked as “resolved” and 222 confirmed deaths.There are currently 673 people hospitalized in Ontario, 260 in ICU and 217 requiring ventilators.

“This is the week the pandemic is beginning to unfold in our community,” Dr. Lawrence Loh, Interim Medical Officer of Health for the Region of Peel, told members of regional council during a virtual meeting on Thursday. “We are seeing an initial rise in cases associated with the bottom of the curve that we’ve talked about. And, following behind, we are also starting to see a slow rise in healthcare utilization and are also regrettably starting to see our first death[s] in the community.” 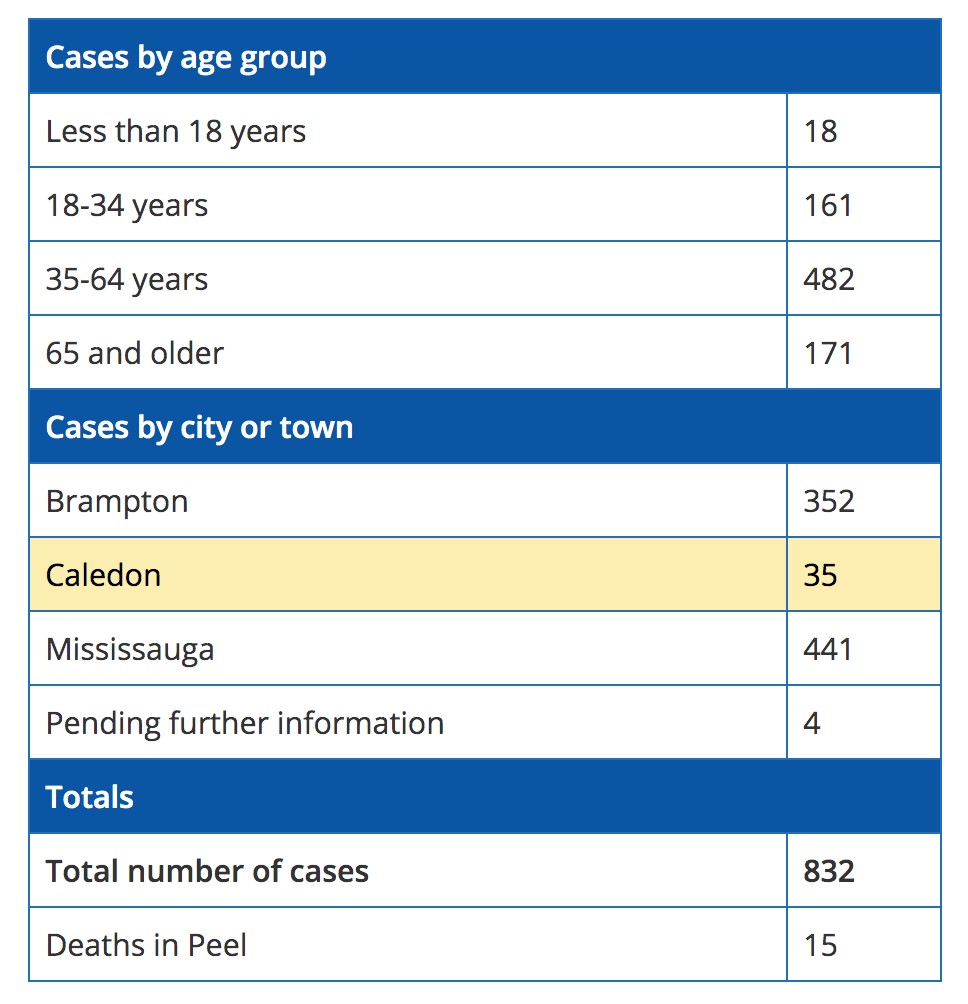 A breakdown of COVID-19 cases in the Region of Peel as of April 10.

“The picture is going to grow worse before the clouds begin to clear,” he added. “Our numbers continue to rise steadily.”

Loh’s comments are reflected in new data obtained from Critical Care Services Ontario (CCSO) by The Pointer. CCSO creates a daily dashboard used by the provincial government that monitors ICU and ventilator capacity around Ontario. Numbers are submitted by hospitals at 5 a.m. daily to reflect the COVID-19 activity reported by each health unit for the previous day.

The data is used by Ontario’s COVID-19 Command Table to make decisions around resource allocation and offers an overview of which hospitals are most strained.

Numbers from April 8 show a steady rise in hospitalizations in and around Brampton. Numbers for the Central West Local Health Integration Network (LHIN), which includes Brampton Civic, reflect a reduction in spare ventilated ICU capacity (critical care beds with ventilators). In the Central West area, available capacity has dropped almost 20 percent in three days, while in the Mississauga Halton LHIN a handful of beds have been freed up.

The latest numbers come in the context of concerning news on Thursday from both Brampton and Mississauga. 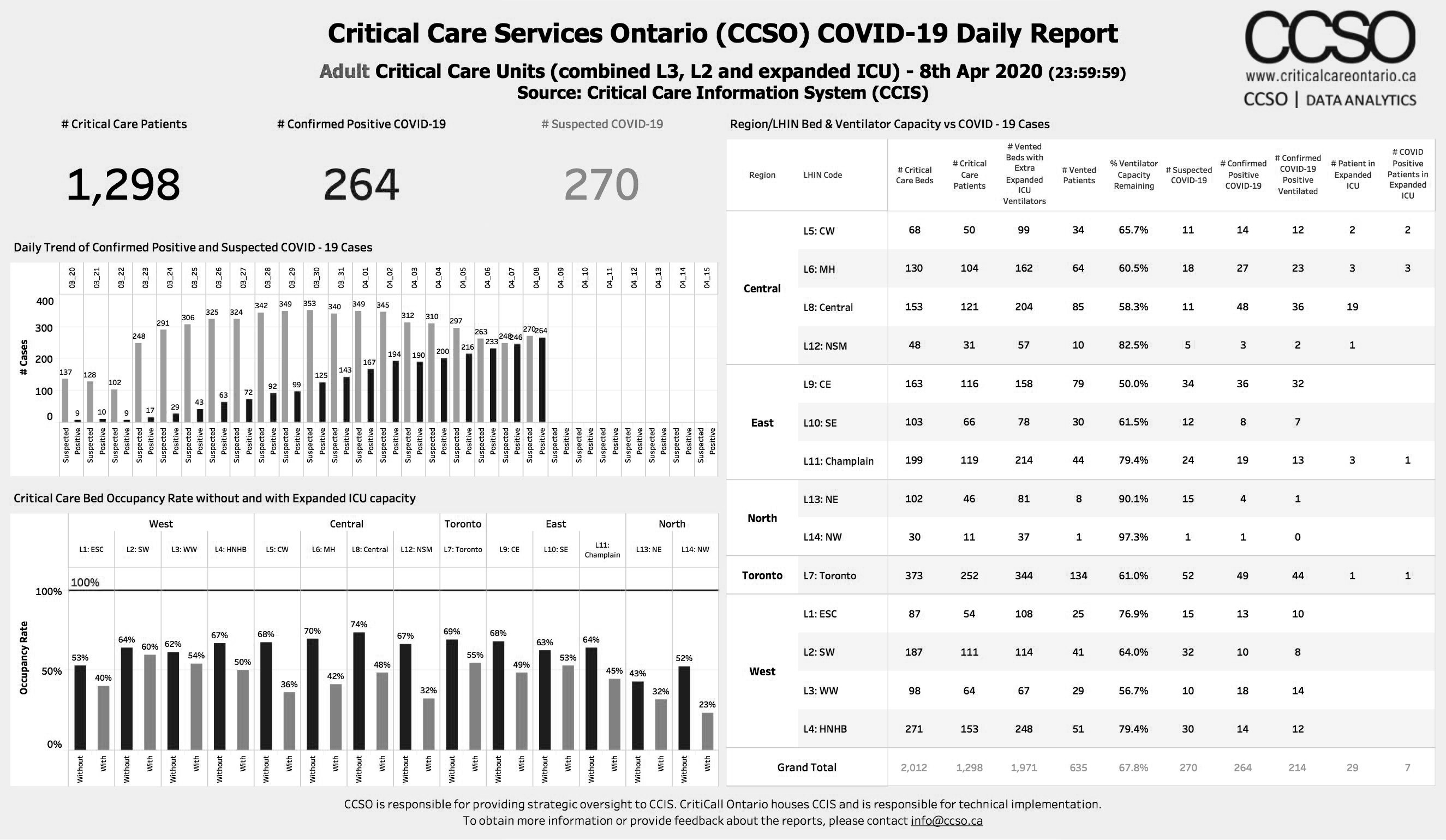 In Brampton, where the Region of Peel is headquartered, it made an announcement that William Osler Health System, which operates Brampton Civic, the city’s only full service hospital, reported the death of a member of staff from COVID-19. The man, in his 50s, was an environmental services worker and it remains unclear whether he contracted the infection in the community or on the job. The Region, referring to an internal investigation, noted it was “likely” he picked it up in the community, though it’s not clear how this determination was made. The man was admitted straight to ICU after presenting to the emergency department on March 27.

“Every loss of life to COVID-19 is tragic. On behalf of the Region of Peel, I extend our deepest condolences to his family both at home and at work,” Loh said in a press release. “He played an important role in keeping the health care system working and we mourn his loss.”

Peel’s latest rise in COVID-19 cases comes a day after Prime Minister Justin Trudeau told Canadians that physical distancing in some form will be the new normal until a vaccine for the virus can be developed, something experts have said could take anywhere from 12 to 18 months.

Speaking after the federal government released some of its COVID-19 modelling, Trudeau’s tone was grave. “Our healthcare systems across the country are coping for the time being, but we’re at a fork in the road, between the best and the worst possible outcomes,” Trudeau said.

He added that projections show that some level of public health measures could be required for at least the next six months if not longer. “There will likely be smaller outbreaks for a number of months after that,” he added. “This will be the new normal, until a vaccine is developed.”

The release of federal COVID-19 projections came just under a week after Ontario released its own COVID-19 modelling that suggested as many as 1,600 people could die as a result of the virus by April 30. The day after releasing its models, Ontario closed a further 30 essential business categories, allowing only 34 types of businesses to continue operating, while construction activity was further curtailed, as only essential projects will continue.

Despite the severity of the projections, Premier Doug Ford has stopped short of a full lock down similar to those seen in Europe and parts of Asia, instead opting to close the economy. City bylaw officers and police in Peel are also handing out fines to those gathering in groups, trespassing on closed public property or failing to observe physical distancing rules.