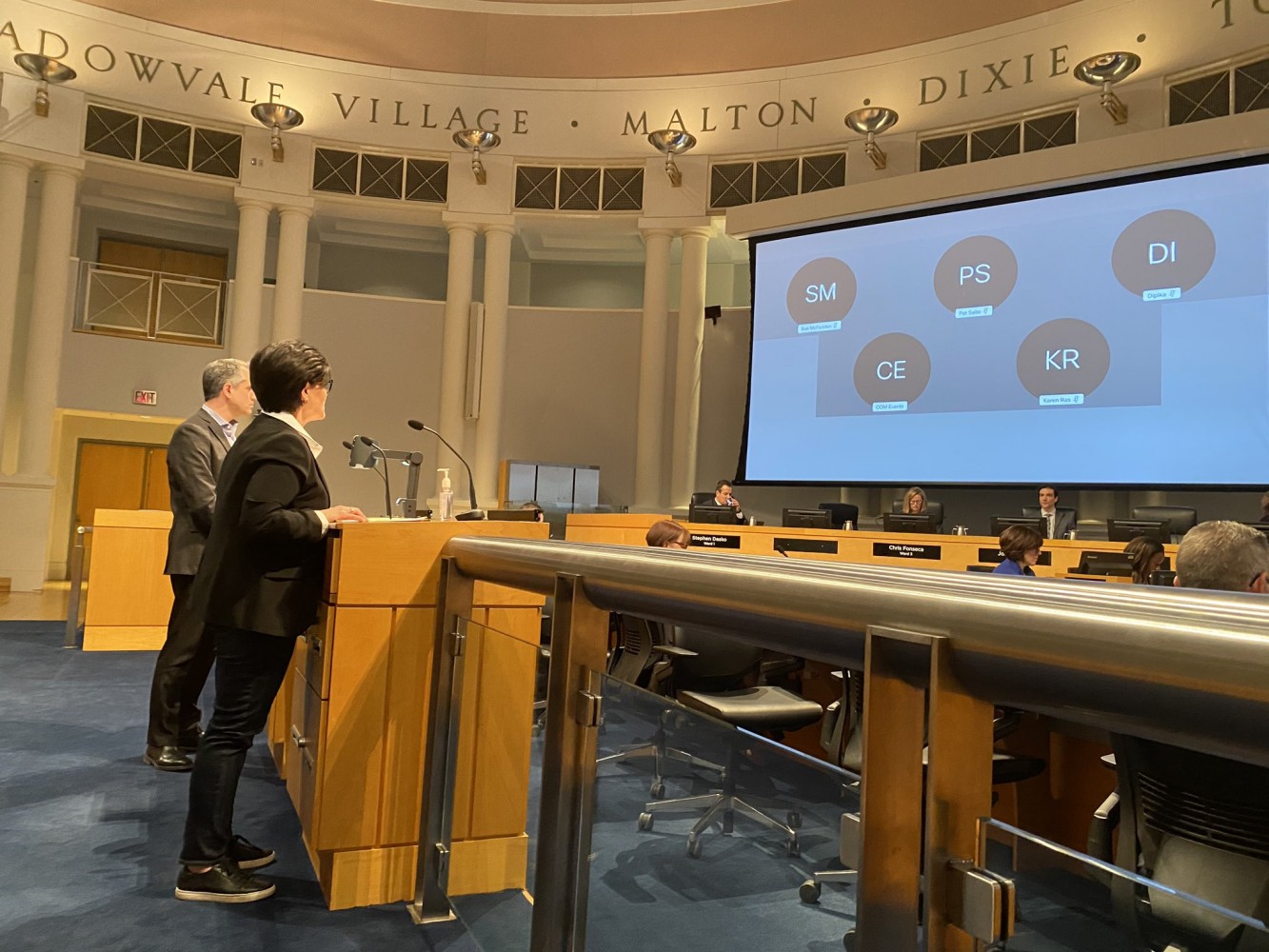 “Have the consoles been wiped?,” Mississauga Mayor Bonnie Crombie asked shortly before the start of Thursday’s emergency city council meeting, hastily convened in response to the COVID-19 pandemic.

Wiping down microphones, maintaining two metre distances at all times, making sure hand sanitizer is readily available in council chambers: such are the measures needed when the novel coronavirus is the overriding concern for the city, the province, the planet.

Recessed for March Break, Mississauga city council wasn’t supposed to meet until next week, but COVID-19 doesn’t care about schedules. After massive isolation measures were announced by the city, in response to federal and provincial leads, nothing is normal anymore.

Since the novel coronavirus intensified and shutdowns were enacted, local business revenues have plummeted with nearly all shops, bars and restaurants closed indefinitely. Square One Shopping Centre, which has remained open, has seen a 70 percent drop in sales, with 90 percent of stores already closed. MiWay ridership has also plummeted, and the transit agency plans to reduce a third of its bus service starting next week. 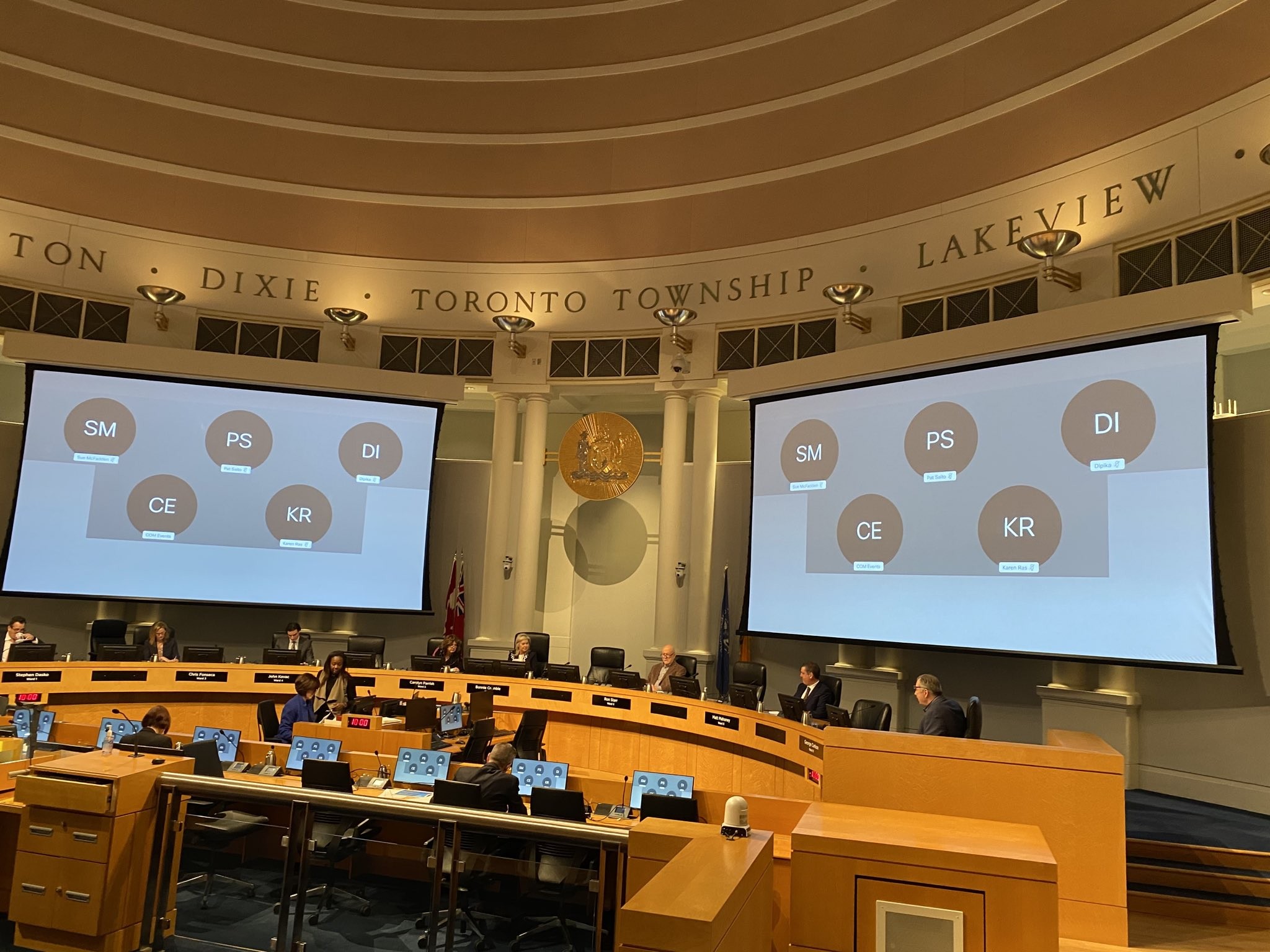 Some 2,000 Mississauga city employees are working from home to keep essential business going. Another 2,500 are on the frontlines, including bus drivers, park employees, and fire fighters, who are not able to observe social distancing measures due to the nature of their jobs. Another 3,000 are staying home, on furlough after the city closed all community centres, libraries and city-owned properties.

One of them, Ward 7 Councillor Dipika Damerla, apologized for the background noise from her location — an airport lounge.

Damerla, who, one day before, urged her 6,200 Twitter followers to follow “established protocol” and stay home to stop the spread of the virus, told The Pointer she was not able to attend the meeting in person because she was travelling.

“I am coming home to Mississauga and am travelling within Canada,” said Damerla in the single line email message, adding she did not need to self-isolate since the trip was domestic.

When pressed, Damerla did not disclose any other details of her trip, such as where she went and why it was essential to ignore public health recommendations and leave the city during this time. She was able to participate in the meeting and vote on key measures like other councillors not in chambers. 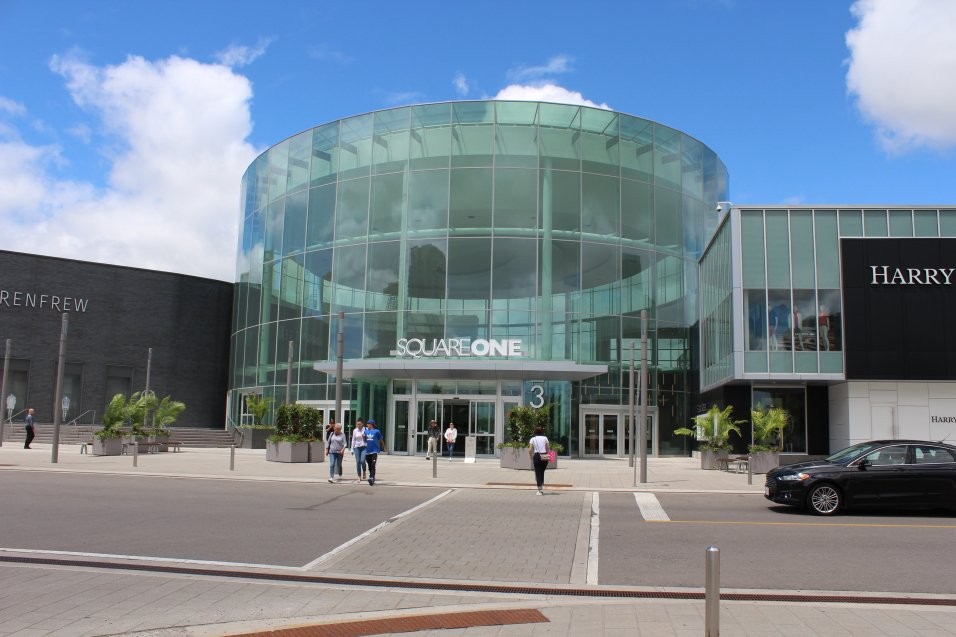 Square One Shopping Centre has seen a 70 percent drop in sales, with 90 percent of stores already closed

There are now 28 COVID-19 cases in Peel Region, and that number is expected to rise. Where once the approach was to track down every potential case, there are too many now to make that feasible, said Peel’s Chief Medical Officer Dr. Lawrence Loh. So the strategy has shifted to social distancing and isolation measures.

Grim footage of a military convoy transporting hundreds of bodies to crematoriums in Bergamo, Italy has shown one of the worst outcomes of the COVID-19 pandemic. Social distancing and isolation measures in Canada mean the local rate of COVID-19 infection in Peel has remained manageable, according to Loh. The medical officer provided an update to council on efforts by the region’s healthcare system to treat and ultimately stop the spread of the novel coronavirus.

The region is still in a good position to flatten the curve of infection, spreading it out to ensure the healthcare system is not overwhelmed by a wave of COVID-19 cases, but Loh cautioned against complacency and urged for strict adherence to social distancing measures already in place.

“Now is the time for us to take action,” said Loh. “We can flatten the curve and change the course of this outbreak.”

The city will not declare an official state of emergency at this time, which would grant Crombie expanded authority in decision making as well as potentially open up provincial funding for disaster relief, as it did with the devastating ice storm back in 2013.

Even though COVID-19’s effects are much more far reaching, city staff advises against declaring a state of emergency, as the province and Peel Region have recently done, because Mississauga is not at that breaking point, said Fire Chief Tim Beckett. Any new provincial funding would likely be extended to all municipalities regardless if they made the declaration, as was the case for the ice storm, he said, and the city still has the ability to manage its own operations.

“We already have responsibilities and capabilities to manage the event in front of us today,” said Beckett.

With economic progress halted due to COVID-19 shutdowns, the city’s Chief Finance Officer Gary Kent admitted it won’t be possible to recover overnight, and extensive aid will have to come from higher levels of government. Both Prime Minister Trudeau and Premier Ford have announced separate relief plans totalling in the tens of billions, which Kent termed as a good “first step” towards an eventual economic recovery.

In the short term, Council voted unanimously on immediate relief for residents. The most significant measure is deferring property tax payments for three months. The full amount of tax will need to be paid by the end of the year, but the measure is intended to free up some badly needed funds for thousands of restaurants, hospitality, tourism, retail and other workers whose  industries have dried up in the wake of the infection spread.

Transit riders will also get a break with MiWay not collecting fares until further notice, plus parking fees and restrictions being eased.

The city also announced it will hold a telephone town hall on Friday evening to update city residents on its COVID-19 response.