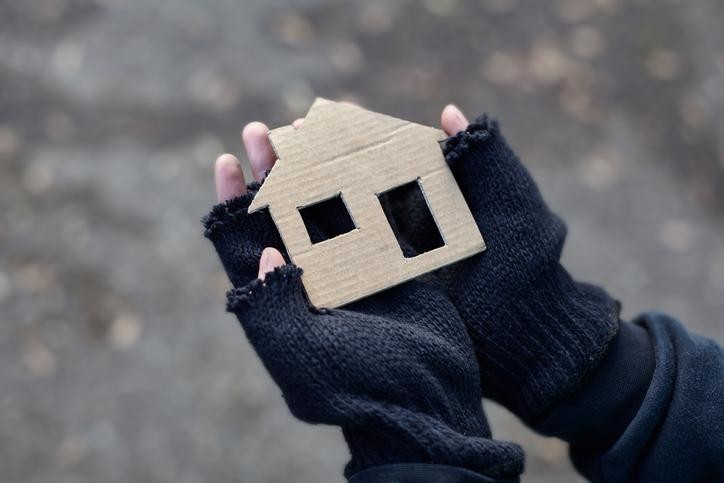 Next week, a Peel tenant is set to join a telephone hearing with the Landlord and Tenant Board (LTB), despite the provincial government suspending eviction orders as of Monday. While the hearing was scheduled before the announcement, lawyers and advocates are questioning why all proceedings haven’t been halted until further notice.

According to Norma English, the tenant’s lawyer, a notice was served on March 10, a few days before the LTB announced it would switch to telephone hearings. The landlord was authorized to personally serve the tenant with an appearance notice for March 24, English said about her client.

“My jaw just hit the ground,” said English, a senior litigator with North Peel & Dufferin Community Legal Services, located in Brampton, which provides legal aid representation for low income clients. She said she was a “little shocked” the government will proceed with telephone hearings even though new orders have been suspended.

As people are being told by the provincial and federal governments to stay home to stop the spread of COVID-19, it would seem prudent to suspend all eviction proceedings, not just new orders, while shutdowns are in place. With hearings set to go ahead, even by phone, people could be at risk of losing their homes, with nowhere to self-isolate during the pandemic.

On March 13, the LTB announced it will suspend in-person eviction hearings while the COVID-19 pandemic continues, holding them over the telephone instead to maintain social distancing. While tenants won’t be removed from their premises by a court enforcement officer and dumped on to the street amidst a pandemic, hearings haven’t stopped.

Over the weekend, a coalition of legal aid service providers called on Tribunals Ontario and the Attorney General of Ontario to stop all eviction proceedings.

The clinic’s executive director Jack Fleming and fellow legal clinic providers have sought more clarity on the switch to telephone hearings. Fleming says he was informed by the LTB that all eviction proceedings would be suspended for at least two weeks.

“We did have some cases scheduled, but everything was put on hold because they were supposed to be in person, and now have to be switched to telephone hearings,” said Fleming.

Tribunals Ontario did not confirm ahead of publication whether or not LTB hearings were being scheduled amidst the province pressing pause on new cases for the time being.

Douglas Kwan of Mississauga Community Legal Services is wary of the province’s assurances in regards to evictions, which he notes were provided by a spokesperson for the Attorney General.

“I would feel more comfortable if there was a directive from the deputy attorney general or the AG himself as opposed to the communications staff,” said Kwan, co-executive director for the legal clinic, in an email. The Pointer reached out to the AG but did not receive a response ahead of publication.

ACTO tweeted out notice of the scheduled Peel eviction hearing. Shadpour also says she’s heard reports of hearings being scheduled via telephone, seemingly contradicting the province's assurances about suspending evictions for the time being.

“We are hearing [reassuring] things, but have yet to see them in action,” said Shadpour. “The fact that phone hearings are commencing doesn’t respond to the immediate need, which is to halt all evictions.”

The LTB is among the busiest of the eight provincial social justice tribunals, with some 82,000 applications filed in 2018-19 alone, according to Tribunals Ontario’s annual report for that period. Of that amount, 62.4 percent was for evictions. It takes at least 30 business days, and normally longer than that, to schedule a hearing, and at least 10 business days before a decision is made by an appointed LTB adjudicator.

Given the caseload, Fleming isn’t surprised the LTB is anxious to recommence hearings after nearly two weeks of delays caused by the global COVID-19 pandemic. However, he is concerned about the fairness of telephone hearings for tenants facing eviction. At an in-person proceeding, a tenant will be reassured by the presence of a lawyer who is ready to provide counsel. Without a lawyer present, Fleming is concerned a client’s defence could be undermined since a lawyer wouldn’t be able to pass notes or discreetly confer with a client and provide essential advice as easily over the phone, he said.

“It’s difficult to represent your client if you can’t directly communicate with them,” he said. “If you can't look your client in the eye [during a proceeding] it’s going to be really difficult to advocate for them,” said Fleming.

Telephone hearings already have a disportionate impact on seniors, disabled, low income and marginalized people, said Fleming, and those barriers get amplified during a pandemic.

Even a telephone hearing could present a safety risk for  lawyers and clients, said Fleming. Many of the legal clinic’s clients can’t afford phones, or have limited minutes, not nearly enough to participate in a hearing which could last hours. That means despite public health guidelines calling for people to remain in their homes, they would have to travel to their lawyer’s office to take part in a telephone hearing alongside counsel, reducing social distancing and increasing chances for infection.

“It would be contrary to public health advice for them to come to our office to use a phone,” said Fleming. “Some have also expressed concern about having to sit in the same room as legal staff to access a phone. Even if someone has their own phone and can participate that way, they are getting a lower standard of access to justice because they do not have their legal representative sitting beside them during the hearing. That makes a difference in how well we can provide representation.”

English agrees with Fleming’s concerns about telephone hearings and is unsure how suitable they will be for complicated cases. They might be fine for simpler cases, but for matters more complex, English sees disadvantages for the defence, including the inability to watch body language cues.

“You rely on visuals,” said English. “You look for a curled eyebrow [for example] but you won’t get that opportunity in a telephone hearing. You make an argument and you see someone reacting to that, and you might take another angle depending on the reaction.”

“It goes to credibility,” English added. “If Frank says X and Mary says Y, you need to use body language [to determine who’s truthful].”

In-person hearings also facilitate settlements between an aggrieved landlord and tenant, making it easier to negotiate a deal and avoid a hearing altogether. Someone fighting an eviction can also confer ahead of a hearing, meeting face-to-face with specially appointed Tenant Duty Counsel, which provides basic legal understanding on LTB proceedings and helps with mediating settlements. Such services are extremely popular, said English.

“Duty counsels are invaluable for tenants, and adjudicators like them too, because people aren’t showing up clueless to a hearing,” she said. “They facilitate people getting a fair hearing.”