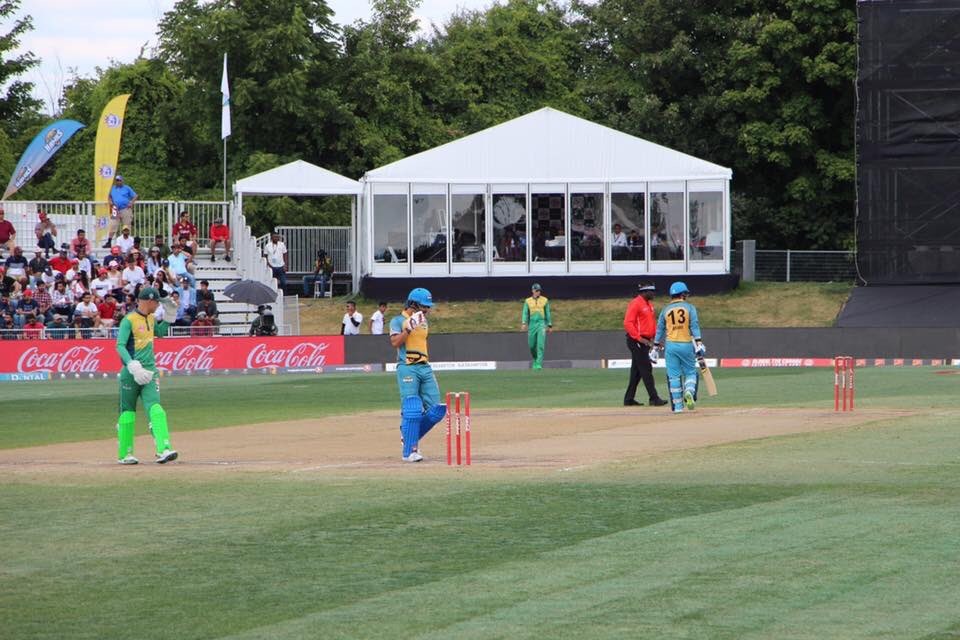 As Brampton's love of cricket grows, the city needs to keep up with sports infrastructure

Brampton’s dream of becoming the cricket capital of North America will only be accomplished if it invests in necessary infrastructure.

Currently, there are 12 major and four minor cricket fields in Brampton, the most per capita in Ontario and Canada, according to the city’s website. These will soon outgrow demand, said Faraz Saleem, founder and president of the Brampton Cricket League (BCL). “It's growing so quickly that our growth rate is 966% in 10 years,” said Saleem. He foresees a time when demand outweighs resources if infrastructure isn’t developed quickly enough.

BCL schedules games, provides oversight and manages rules and resources for local cricket teams, like other major sports organizations. Created 10 years ago, the league began with three teams, a number which has grown to 46, said Saleem.

Brampton’s love of cricket is growing. Registration for the league closes earlier each year, as more and more players sign up and demand increases. The season is set to begin in May 2020, registration for which closed in October 2019. For the 2019 season, registration closed in January of that year. “The growth is so crazy that we're not even able to accommodate teams past a certain threshold of deadlines,” he said.

Faraz Saleem, founder and president of the Brampton Cricket League

The cricket league is so popular, it doesn’t have to advertise its registration deadline. Instead, interested teams reach out to Saleem. People are so enamoured with the game, the league can fill fields in Brampton at any hour, day or night, Saleem says. “You give me one field at two o'clock in the morning and you told me ‘hey, it’s available until six, I can guarantee that I'll fill it up for every day of the week,” he says.

However, the majority of sports fields in Brampton where cricket is played restrict usage to daytime hours. Only one field has LED lights installed to allow for evening games. In October 2019, Teramoto Park became the first full-sized cricket field in Canada, with upgraded spectator seating and a digital scoreboard, to allow nighttime games, according to the city’s website.

Saleem believes upgrading other parks will help the city meet the growing cricket demand. “[It] basically expands the usage of that facility,” he said. The installation of lights was paid for by funds allocated to development charges. Meanwhile, the city charges the league to use the lights. This doesn't put any stress on the taxpayer, Saleem explained, as it's paid for by the league. “I know they can’t grow fields that quickly because space is limited, so we should just retrofit the current fields for night cricket,” he said.

The cricket field and other sports fields are all charged similar rates for lighting, the city told The Pointer. The rate of $29.47 an hour is added to the $23.51 lights fee per booking.

Mayor Patrick Brown told The Pointer light installation is something staff are working on as a short-term answer to bringing more cricket infrastructure to the city. “We instructed the city to look at additional cricket and lights, and whatever facilities are going to take them. That instruction’s already been in the works.” 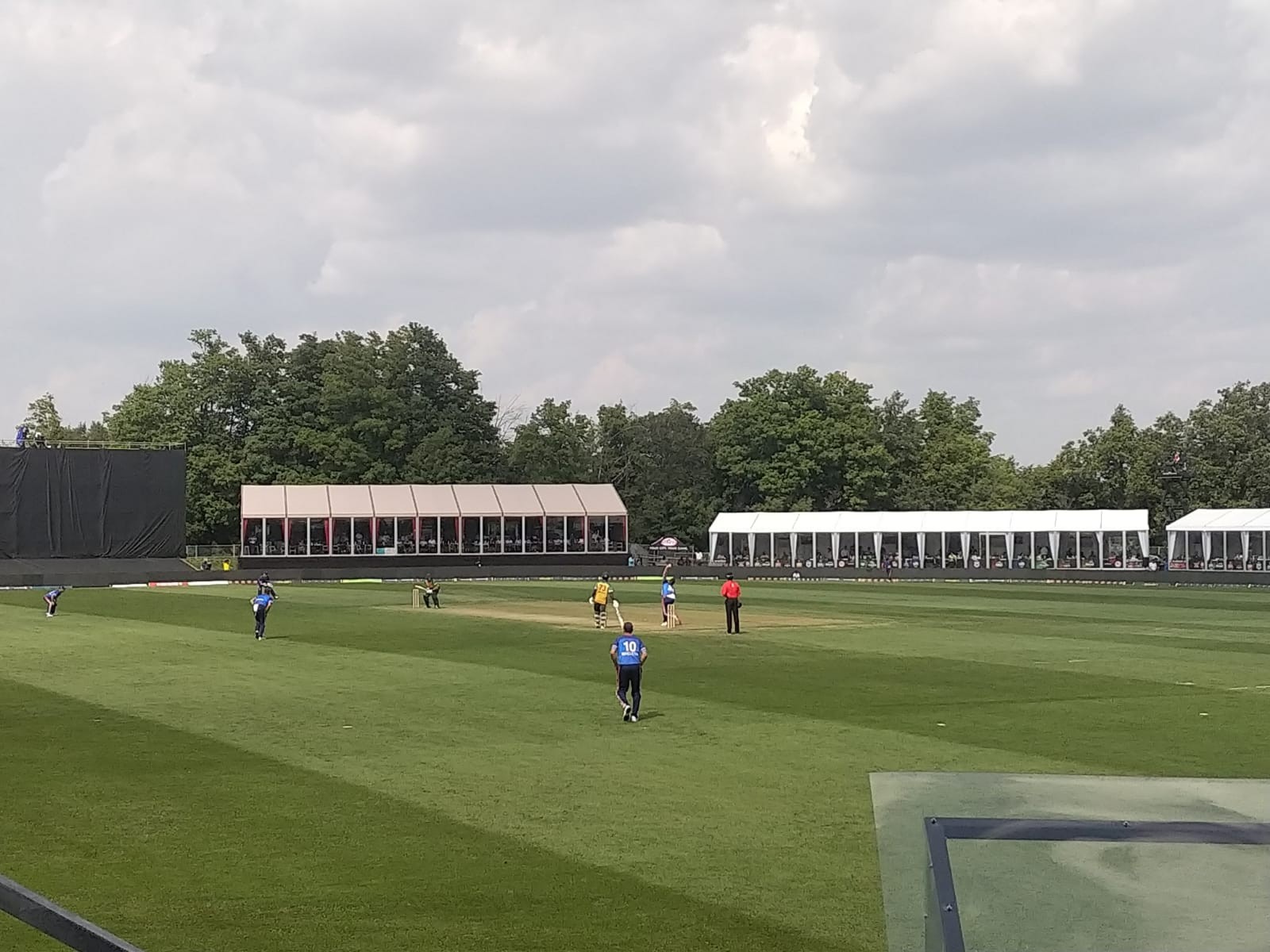 The game brings significant revenue to the city. The Global T20 Cricket Tournament that took place in the city last summer brought in more than $30 million, said Cary Kaplan, president of Cosmo Sports & Entertainment. Kaplan’s business, a sports marketing group, partnered with the tournament. “Because of the top cricket players in the world, a lot of people from Ontario came to the game and they may have never been to Brampton before and they went to restaurants, hotels, [and] bars in the city.” The number comes from an economic impact study, the findings of which are expected to be released to the public next month.

The first tournament took place in the summer of 2018. The six teams playing in the league feature Canadian cricket players alongside those who play at the international level. The tournament will be returning to Brampton this summer, according to the city.

“We have an agreement with the city of Brampton. They’re our partners so we kind of have a choice to put it anywhere in Canada. But it’s in Brampton because of the population and we have a great relationship with the mayor,” Kaplan said.

Cricket is often dubbed the fastest growing sport in Brampton and the love for the game in the city is multifaceted. It comes from residents who hail from cricket-loving nations and the no-touch aspect of the game is a favorite amongst parents with children, Saleem said.

According to the city's 2020 budget, $7 million over two years has been allocated to develop the sports field at Gore Meadows Community Centre and Library for soccer, cricket and tennis games. In an email to The Pointer, the city stated that $60,000 has also been allocated for the repair and replacement of cricket wickets.

“Based on the recommendations in the council-approved Parks and Recreation Master Plan, the expansion of the outdoor amenities at the Gore Meadows East Community Park will include two full-size cricket fields (one is already completed), along with an international-caliber cricket stadium,” the city added.

With all the ongoing issues and projects in Brampton, Saleem wonders whether or not sports activities will be pushed down the city’s list of priorities. “In an era where they’re trying to maintain tax hikes to zero percent and in an era of having a really rough relationship with the province, and at the same time feeling the pressure on healthcare, on insurance, on property prices, the resources for sports will naturally be limited,” said Saleem.

The topic of cricket is seemingly one of Mayor Brown’s favorite talking points. During his current trip to India, the mayor was welcomed by numerous players, whom Brown said will be visiting the city this summer.

“It's not just baseball diamonds and hockey rinks we need to make anymore. We need to make sure the recreation services reflect the mosaic of the city and some of our longest wait time’s right now are for cricket pitches,” Brown told The Pointer.