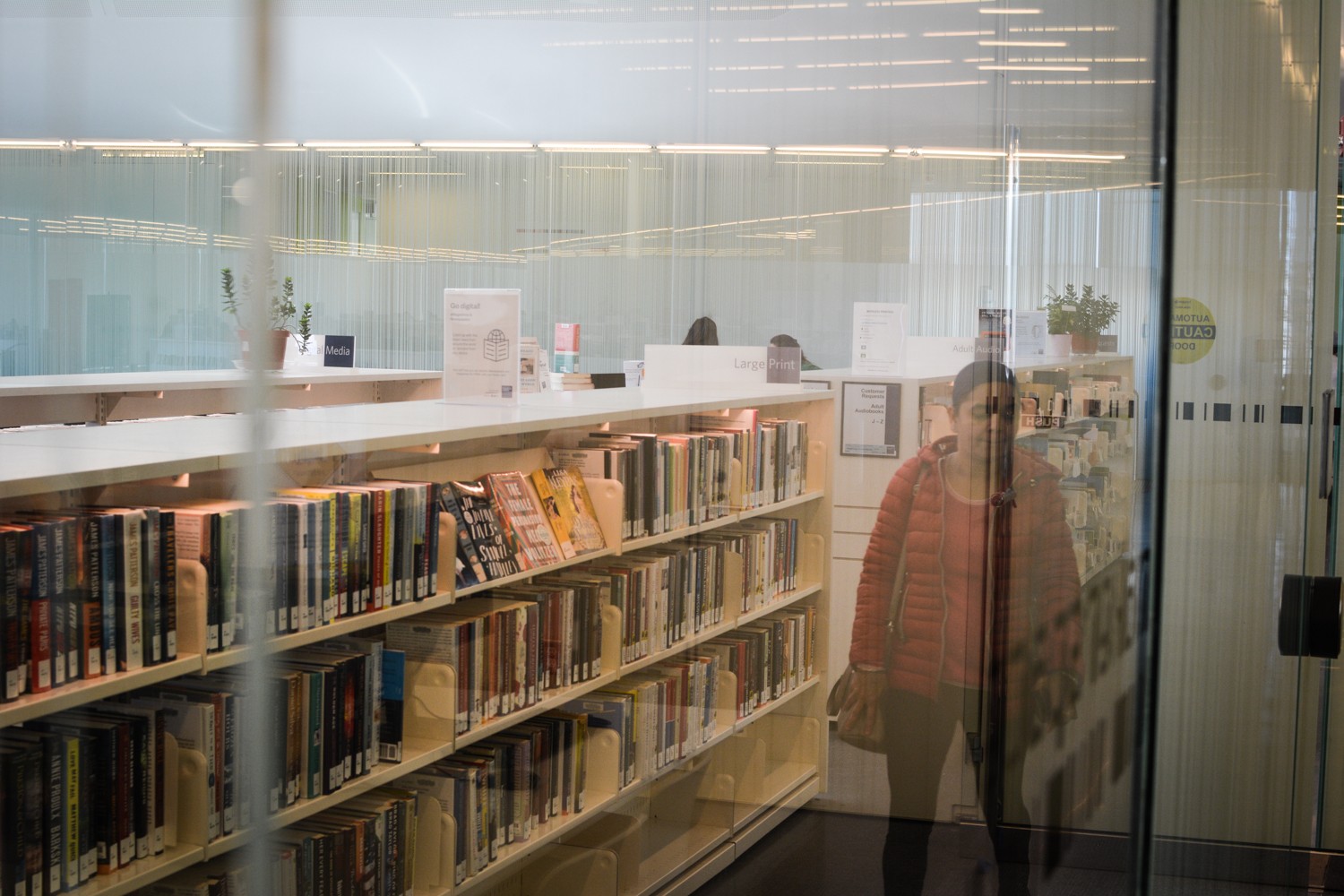 In January, the City of Brampton opened the doors to its eighth library branch, Southwest, offering a new community resource for residents. A month later, in Mississauga, the city closed its Central Library to embark on a major redevelopment to improve service.

The creation and renovation of libraries in growing, modern cities may surprise some. At the turn of the century, many predicted smartphones and internet resources would spell the end of such institutions, but Peel is bucking the trend. 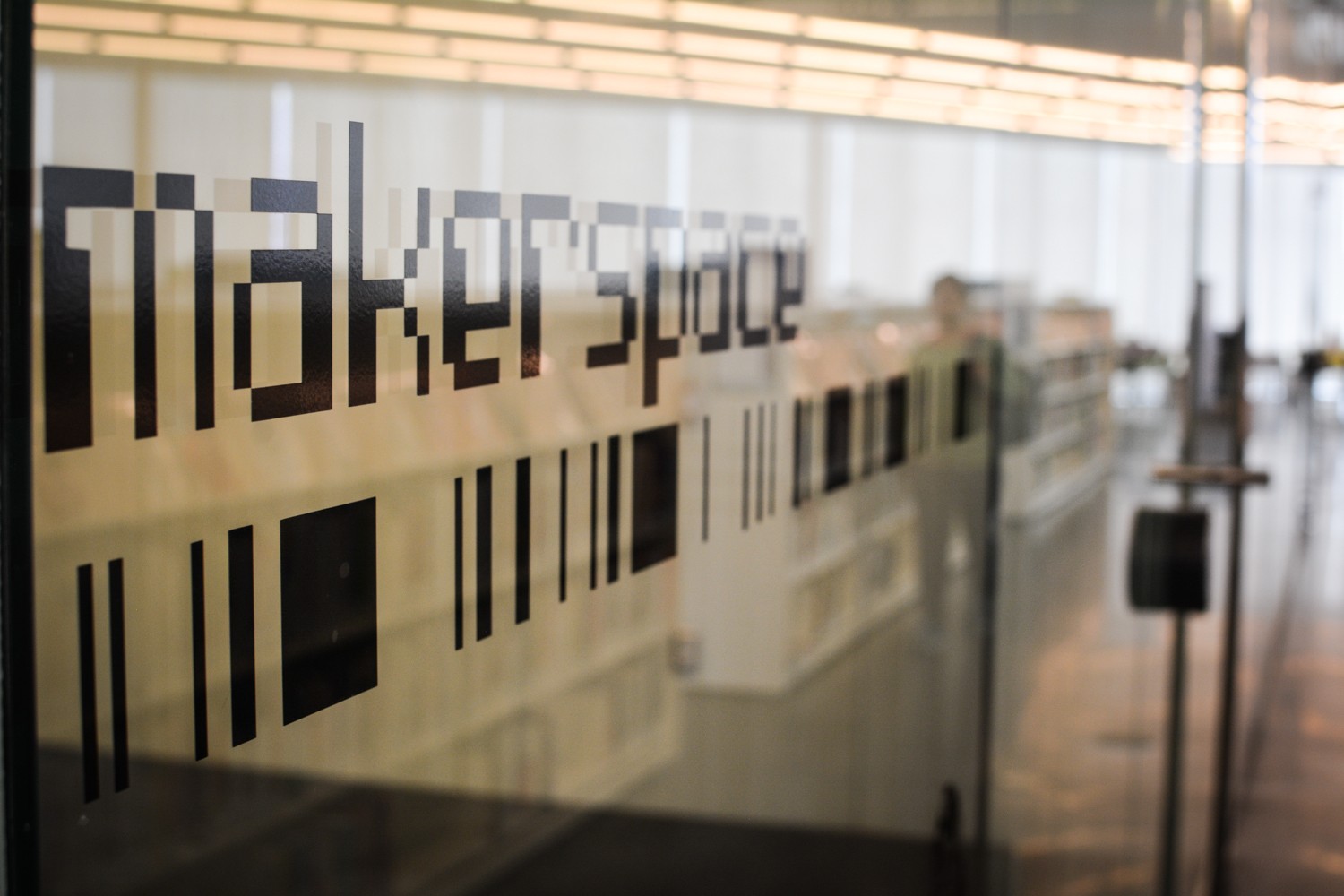 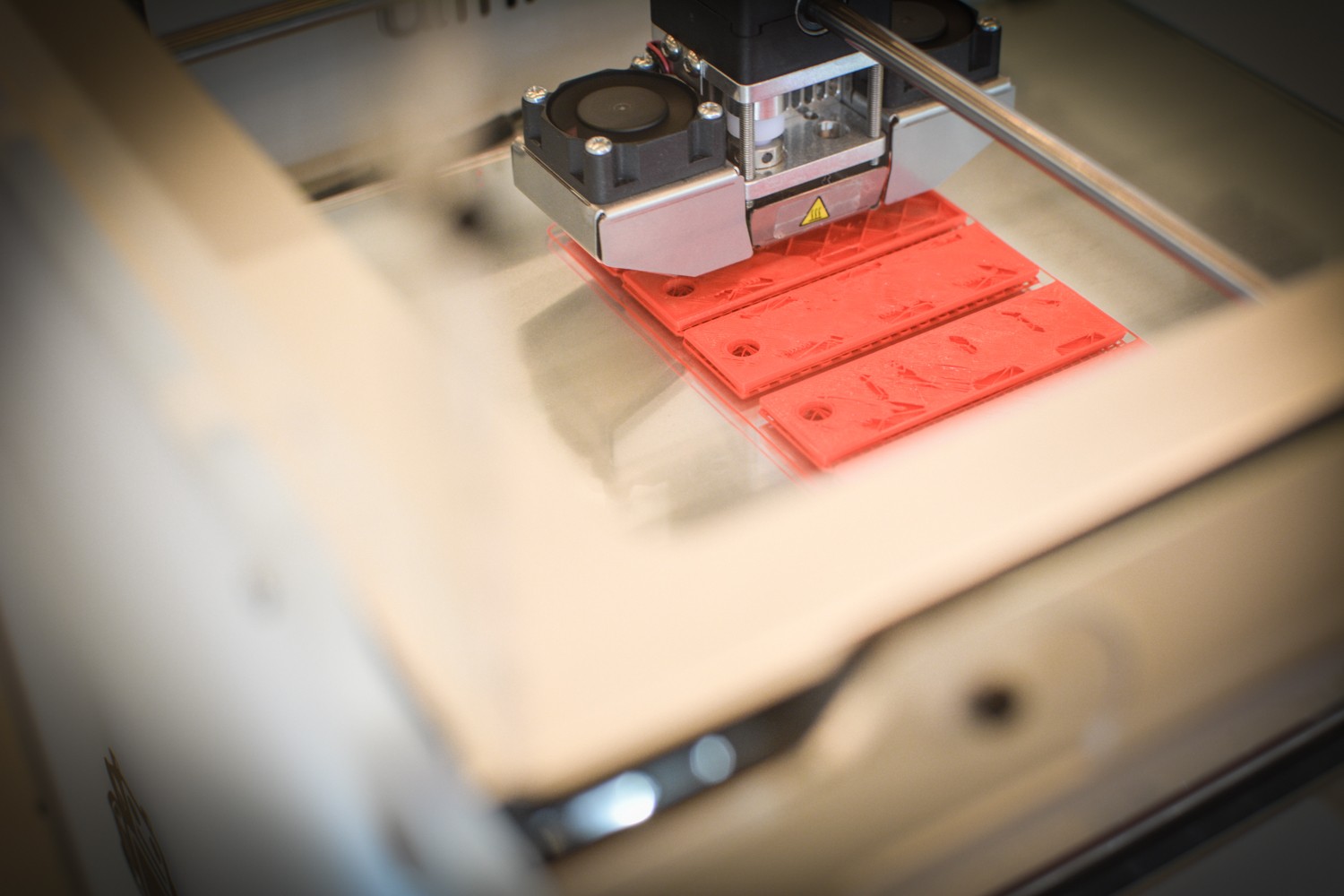 Brampton Library's Chinguacousy branch is a perfect example of how the traditional book lending service has innovated. In order to remain useful, Chinguacousy adapted to provide community services such as a recording studio and makerspace — complete with 3D printers, computers, label makers and other resources accessible with a free BL membership — to residents. As evidence of its success, the number of visits began to grow. In 2019, the library increased visits by 8 percent (a 15 percent rise over the last three years), with 7,000 people visiting one of Brampton’s libraries every day.

For Mississauga, which runs a series of outreach programs at its facilities, the renovation and temporary closure of Central Library across two years is also evidence of its continuing importance. The project will add an impressive 28,000 square feet of space to the existing building, increasing its capacity to engage with the community.

Overall, it would seem libraries are proving their relevance and guaranteeing their future.

Yet, last year, another force looked like it would hurt Peel’s libraries, completing the work the internet failed to do.

The force threatening library and community services in Brampton and Mississauga came from Queen’s Park. In June, Bill 108 (More Homes, More Choice) received royal assent, writing into law a series of changes for how cities build, grow and develop.

The main change flagged by city staff and councillors in June was a tweak in development charges and the introduction of a new system called the Community Benefit Charge. A draft version of these changes was released, but cities suggested it would lead to lower development charges (the money a city can demand from developers to pay for municipal growth), with confusion around exactly what the Community Benefit Charge is.

City staff are relatively well-versed in navigating the Development Charges Act, which came into effect in 1997. Years of zero percent tax increases in Mississauga under former Mayor Hazel McCallion are evidence of how much revenue development charges can bring.

A key change within Bill 108 was the removal of Article 37. This section of the Act allowed developers and cities to negotiate height and density in exchange for community services, public art or even cash to spend on parklands. Critics argued it relied on skillful local councillors to squeeze developers for the benefit of the community, while supporters say it was central to making the development industry contribute.

As Bill 108 removed Article 37, it introduced the Community Benefit Charge. The charge is targeted at providing a formula to fund soft services (not including stormwater, roads and street lighting), where many were previously partly covered by development charges and additional options provided in negotiations. Land value is at the heart of this new calculation, allowing cities to charge developers a set fee that must be spent within a certain time period on related community services. This has been pitched by the province as a codified way to provide soft community services — something both developers and councillors understand. 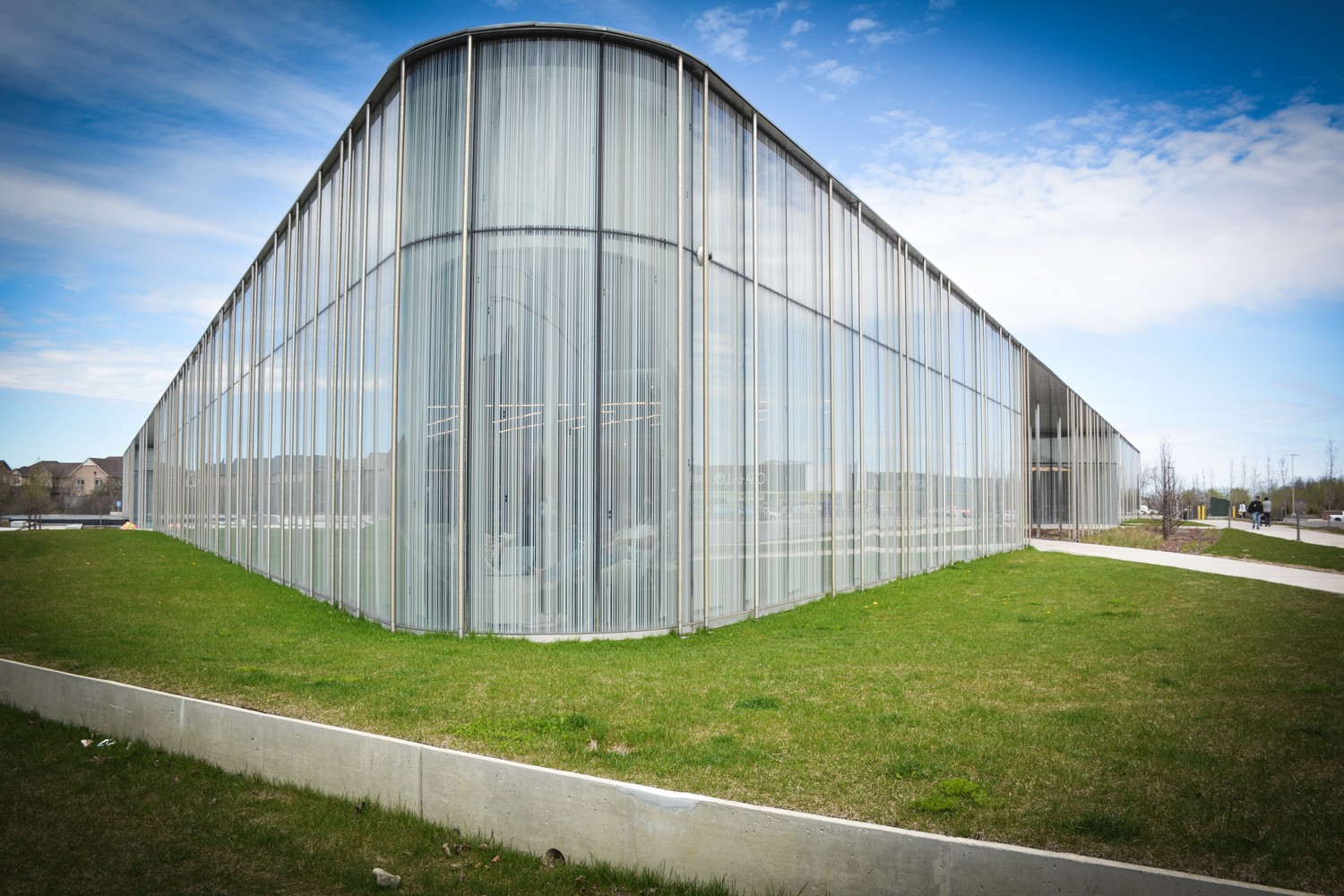 If the libraries of tomorrow are paid for by developers, they could look as futuristic as Brampton Library's Springdale branch

“Development charges are fees that help municipalities pay for the capital costs of infrastructure needed in growing communities (e.g., roads, water, wastewater, police and fire services),” a spokesperson for the province told The Pointer. “The community benefits charge is a separate levy that municipalities can use to cover the increased capital costs of providing certain community services – such as parkland, affordable housing and child care facilities – needed because new development is taking place. Development charges and the community benefits charge will work together to ensure municipalities have the resources to pay for the infrastructure and services growing communities rely on.”

The province promised cities the changes would be “revenue neutral,” but few were reassured.

A report to Mississauga council in May last year summarized some of the city’s confusion. “The financial impact of this community benefit charge is unknown, as the province has not released its regulation that will set the cap and associated interest rates,” it reads. “Nor has it provided direction on how it would be administered – a set average across the city or though individual land appraisals with each development.”

Originally included in the examples of soft services were a host of community features such as playgrounds and libraries, which had previously been covered by the city’s development bylaws. Many across the province worried new rules would mean further underfunding of libraries and other services, with the provision of these community benefits hindered.

“Mississauga is concerned that the legislation as it is currently written could have the effect of lowering development charges (DCs) paid to the municipality,” Mayor Bonnie Crombie wrote to the government at the time.“ In effect, Bill 108 aims to make housing more affordable for people who do not yet live in the community at the expense of those who already do. [...] Mississauga calculates this change will result in a loss to the city of approximately $7 million over 10 years.” 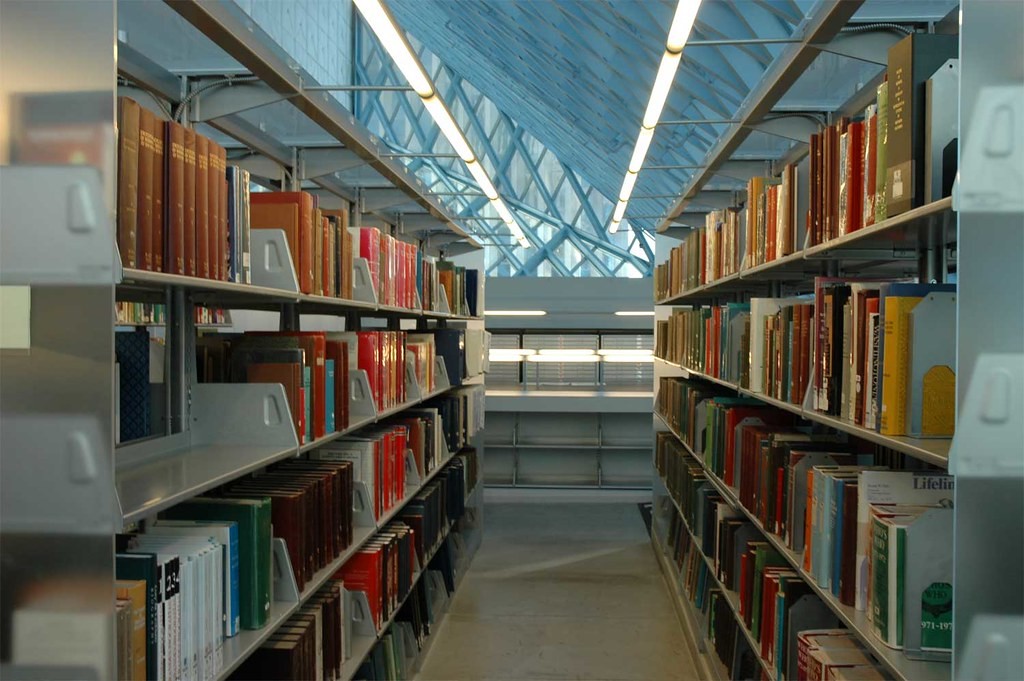 As Bill 108 made its way into law, the issue of Community Benefit Charges remained elusive, with few understanding exactly what it would involve. Mississauga, for example, asked for more time to review and comment on the changes.

Then, on Feb. 28, the province released a series of new suggestions for its Community Benefit Charge. “We’re responding to feedback from the municipal sector,” the provincial spokesperson added.

The province is now suggesting libraries, long-term care facilities, parkland developments such as playgrounds, public health and recreational centres could all be entirely funded by development charges.

This represents concessions for cities at the expense of developers, while also tweaking previously established legislation in favour of them too.

Where the initial proposal for the Community Benefit Charge looked like it could spell the end of libraries, regularly underfunded in city budgets, new changes offer some hope. Indeed, details released by the province for consultation suggest libraries, including the capital cost of stocking them with books, could be covered 100 percent by development charges. This offers massive potential for Mississauga and Brampton, two cities in which development continues to flow and where populations are rising quickly.

With libraries in both cities operating on shoestring budgets, guaranteed funds from developers to cover capital expansion could offer a helping hand.

Welcome as the changes will be, confusion remains. Issues with how the Community Benefit Charge is calculated based on land value and other concerns are unaddressed, while no indication of the exact financial impact is yet available.

Councillors and residents in Peel’s two major cities will have clearer information on these issues by the end of March. In Mississauga, a staff report will be presented to council by March 25, while Brampton will have its formal response ready by March 30.